commemorative basketball to Alli Keyser, honoring the junior guard for scoring her

1,000th career point during the regular season finale at Caledonia.

Then Keyser showed Mona Shores exactly how she got to that milestone.

Keyser scored 18 points, and added five assists and five steals, to help host Grand Haven beat the Sailors 51-24 on Wednesday in the Class A district semifinals.

Grand Haven, now14-7 on the season, advances to Friday’s district championship on its home floor against rival Muskegon.

The Bucs will be out to avenge an earlier 39-37 loss to the Big Reds on Jan. 30. Grand Haven will also be gunning for its first district title since 2013, which was also the season the Bucs won the second of back-to-back Class A state championships. 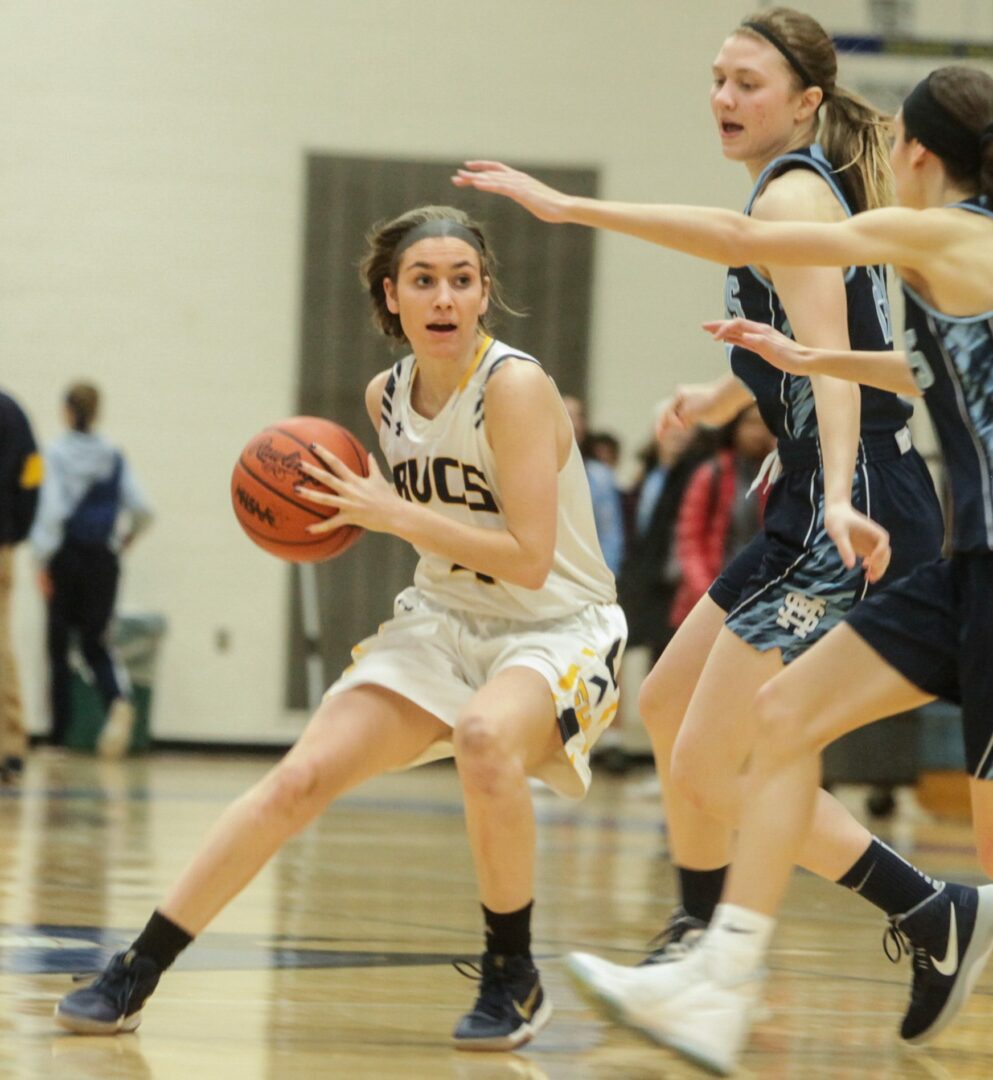 “It gives us a chance to win a district championship on our home floor,” Kowalczyk-Fulmer said. “I’m sure we’ll have a good crowd. It’s something that we haven’t done in awhile. The kids are excited.”

First the Bucs had to take care of the Sailors, who they beat by 12 points in their first meeting, way back on Dec. 8. Keyser said the difference with her team now is renewed focus on defense.

“We definitely decided to come out ready to go, high intensity,” she said. “We got a lot of tipped balls and steals. We’ve spent a lot of time on our defense in practice, so it’s good to see it pay off tonight.”

Keyser, who has already committed to play college basketball at Division 2 Northwood University, went on a 7-0 spurt by herself to close out the first quarter, putting the Bucs up 18-8.

The Bucs’ defense took over from there, holding the Sailors scoreless in the second quarter as the hosts coasted to a 31-8 advantage at the break.

“We shot the ball well, we defended well, I thought we shared the ball,” Kowalczyk-Fulmer said. “Sometimes just everything clicks, and (Mona Shores) didn’t have a good shooting night.”

While the Bucs’ 2-3 zone defense was stifling, their offensive balance was also impressive. Six players scored five or more points, and their collection of post players – 6-foot Sophie Mariani, 6-1 Kelly Olthoff and 6-foot Maggie Long – were each active and effective in the paint.

The Bucs continued to roll in the third quarter and led 44-13 heading into the fourth, giving Kowalczyk-Fulmer the luxury to rest all of her starters.

Keyser said it will be important on Friday to try to slow down Muskegon’s transition game, which is led by speedy point guard Alyza Winston. But beyond that, she only has one thing on her mind.

“We’re really excited,” she said. “We want to win a trophy.”

Nia Miskel takes the shot from the lane for Mona Shores. Photo/Jason Goorman

Riley Rosenthal takes the shot from the corner for Mona Shores. Photo/Jason Goorman 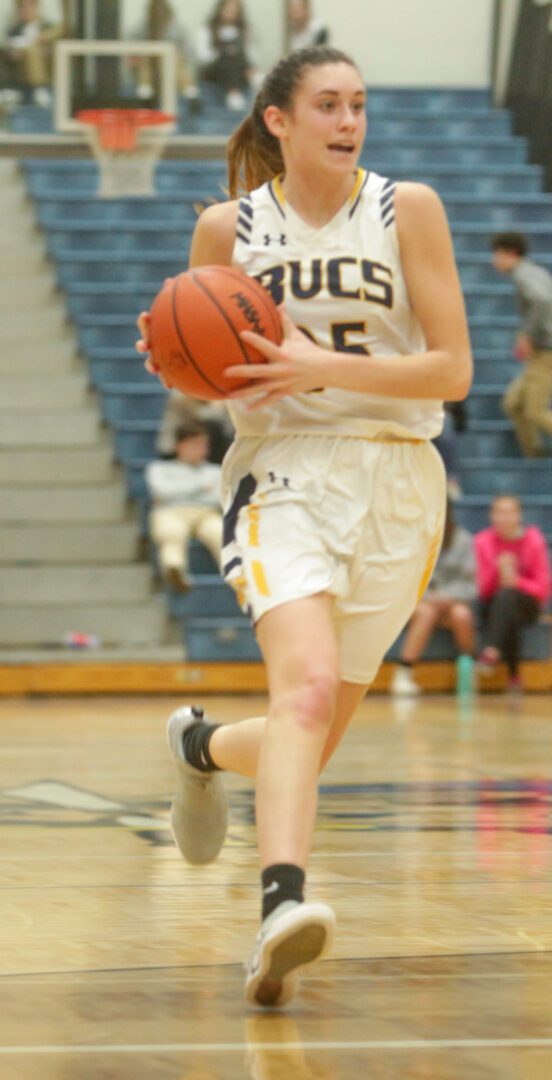 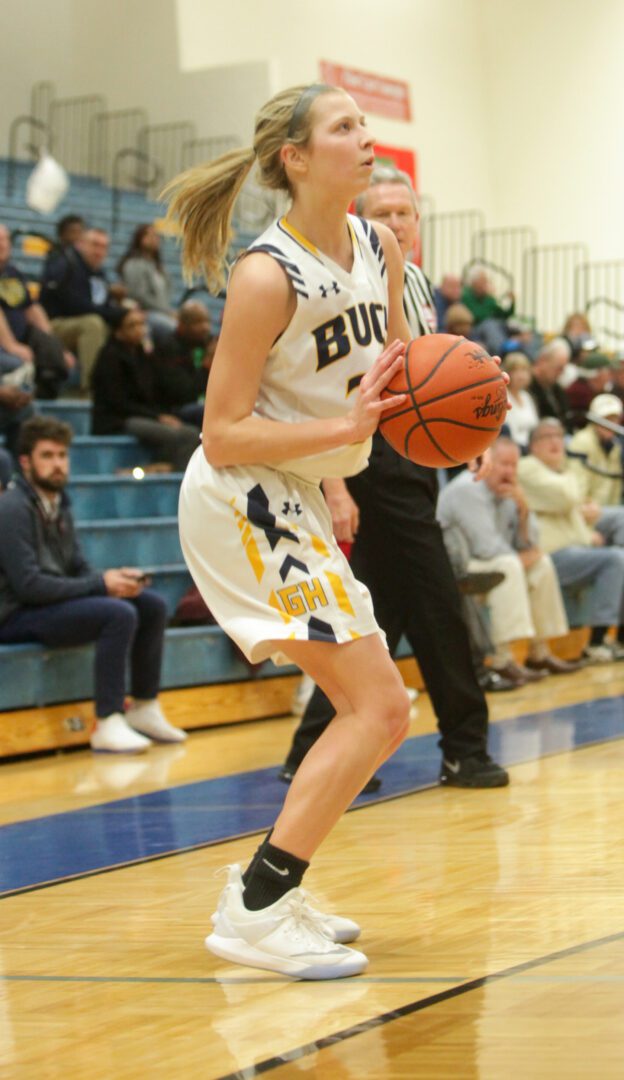 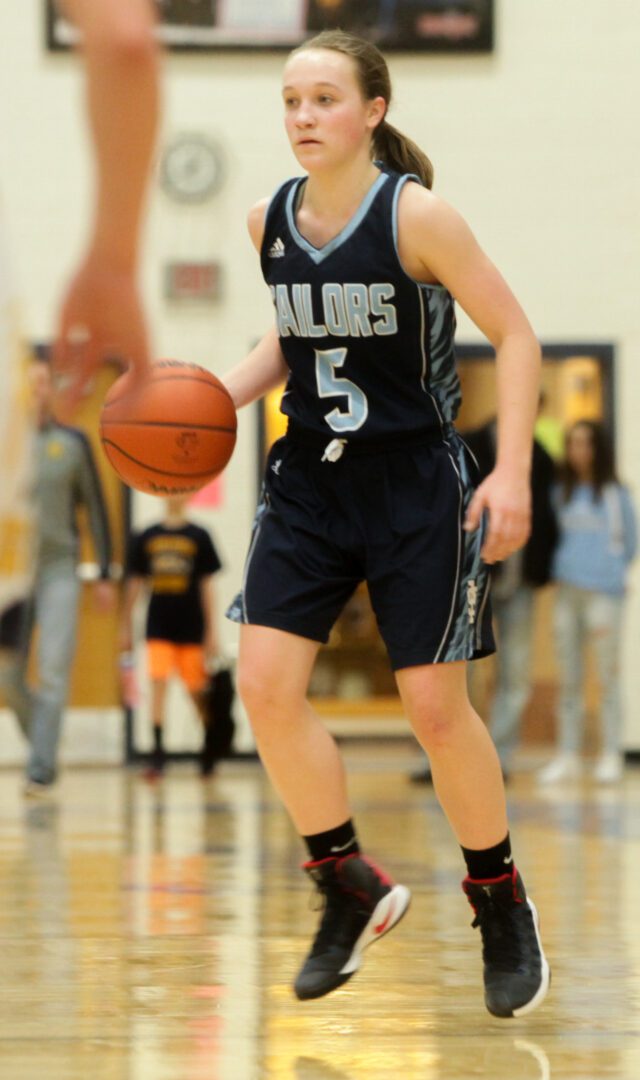 Alli Keyser looks for the opening during a Grand Haven set. Photo/Jason Goorman 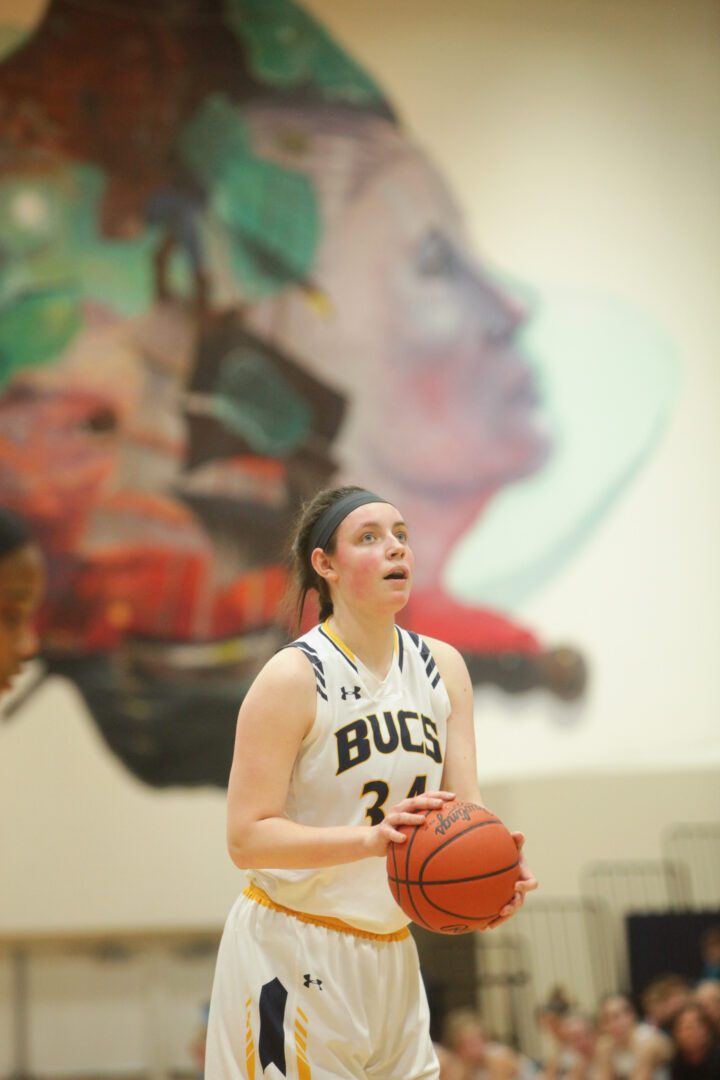 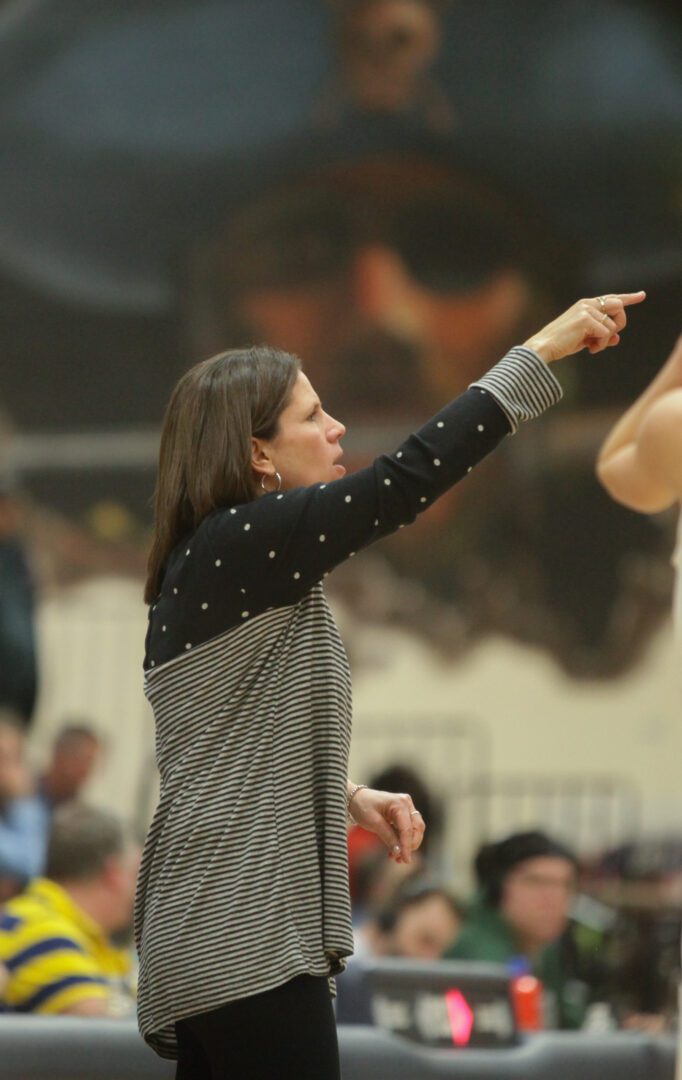