EGELSTON TOWNSHIP – Around Montague, they might rename the two-point conversion play that stunned the previously undefeated Oakridge Eagles on Friday “Seabass Power to Glory.”

Montague sophomore quarterback Drew Collins completed a 5-yard touchdown pass to senior receiver Nick Stever to bring the Wildcats to within 24-23 with one second remaining in the fourth quarter at Oakridge High School.

But instead of kicking the game-tying extra point and sending the game to overtime, Montague Coach Pat Collins had other ideas. 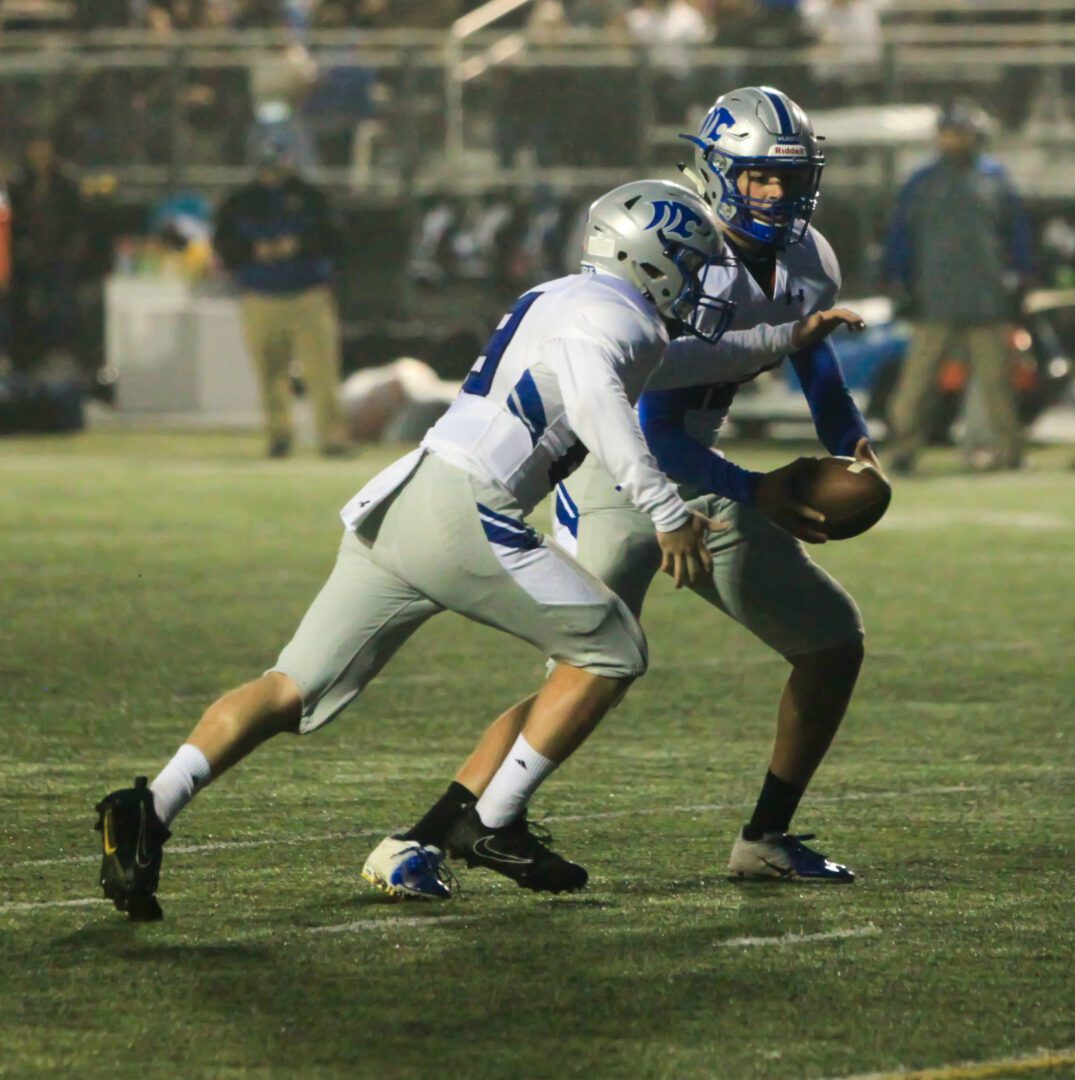 So instead of sending out kicker David Rumsey, senior Sebastian Archer trotted out at quarterback. Nicknamed “Seabass” from his Little League baseball days, he took a direct snap and ran nearly untouched off left guard into the end zone, giving Montague an unbelievable 25-24 victory in arguably one of the best games in the spirited series between the two West Michigan Conference rivals.

Montague improved to 6-1 overall this season and clinched at least a share of the league title at 6-0. Oakridge fell to 6-1 and 5-1.

Archer said he was hoping the Montague coaching staff would pick that play. Collins thought it was a perfect opportunity to reward a senior who’s battled through a shoulder injury that cost him three games this season.

“The game is on the line, I’m the type of player that wants to come and get that last play,” Archer said.

Oakridge head coach Cary Harger said he was expecting Montague to kick the extra point, but understands that surprising things can happen in intense rivalry games.

“You instantly think back to a little history, and we went for two against them on the road a few years back,” Harger said. “We thought our defense was prepared as best as they could be. But you look at it now and realize who scored. Maybe it was a statement by them that Archer was here to play.”

It was a stunning tumble for Oakridge, which had a seemingly commanding 24-10 lead with 3:48 remaining in the fourth, after quarterback Koleman Wall connected on a beautiful pass to a streaking Jaxon Fri for a 34-yard touchdown.

But the Wildcats answered right back – in controversial fashion. 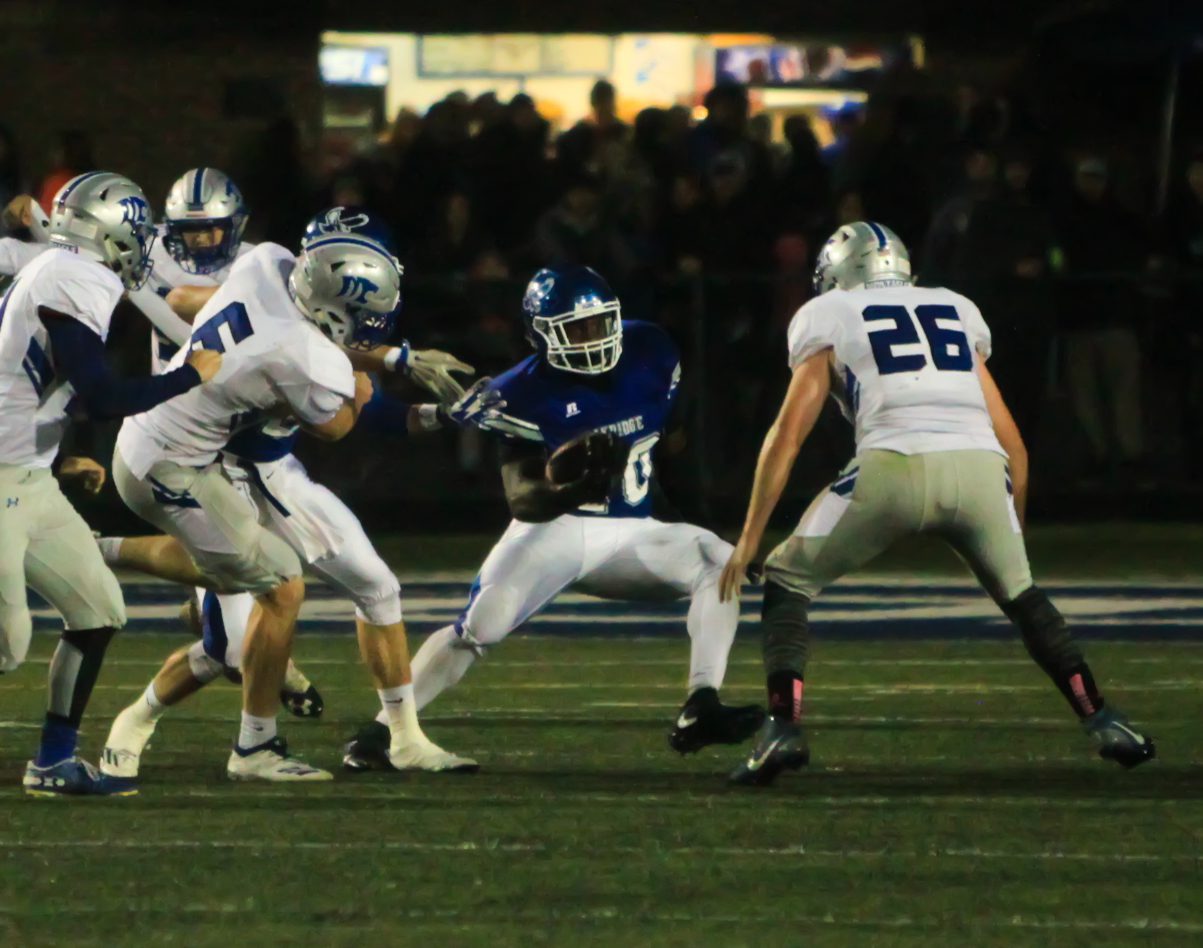 Oakridge running back Leroy Quinn looks to make the cut past the Montague defense. Photo/Jason Goorman

Drew Collins threw a flare pass to junior Brennen Schwarz, who had to dip down low to snag the catch. His knee appeared to touch the turf, but Schwarz kept going, broke a pair of tackles and busted free for an 80-yard touchdown. The extra point cut the Eagles’ lead to 24-17 with 3:21 left.

“At first glance, from our perspective on the sideline, it looked like his knee hit the turf when he squatted down,” Harger said. “It makes you want to take a look at the film and see for yourself.”

Instead of going for an onside kick, Montague chose to kick long and rely on its defense to get some stops. The defense responded, forcing Oakridge to punt with 1:35 left.

From there, Drew Collins showed poise at quarterback well beyond his years, directing a 14-play drive that was kept alive by a pair of pass interference calls on the Eagles.

“It was just good play calling by our coaching staff and good clock management,” said the quarterback, who completed 11 of 21 passes for 178 yards and two touchdowns. “We were (frustrated) for a few minutes in the third quarter, but we needed to bring the juice, as our coaches like to say.”

With one second remaining and the ball at the 5-yard line, the Wildcats ran trips left, with Stever split out wide on the right. He got separation in the end zone and caught a dart from Collins, bringing the Wildcats to within one.

“He’s cool as a cucumber,” Pat Collins said of his son. “He’s always been that way. He showed a lot of poise in some tense moments tonight.”

That led to the two-point conversion that settled the issue. 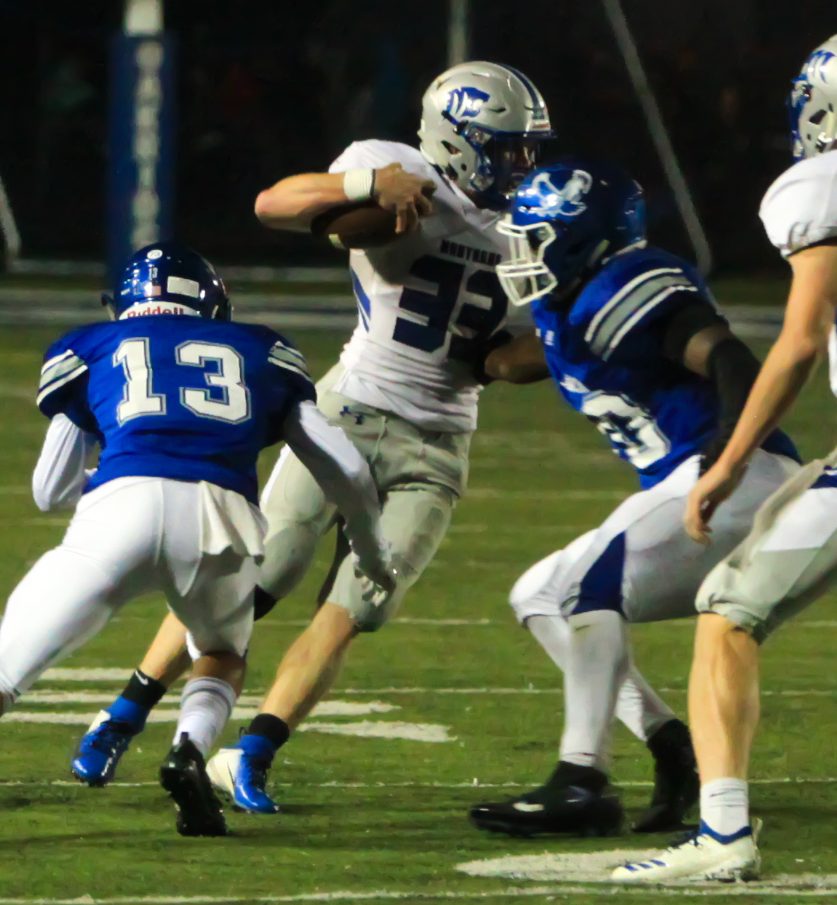 The contest was tied 3-3 at the half, but Collins broke free on a 54-yard scamper on the opening series of the third to put the Wildcats briefly ahead.

Then Oakridge dialed up its ground-and-pound rushing attack, tying the game just seven plays later on a one-yard sneak by Wall.

Oakridge recovered a short squib kick and starting roaring on the ground again. A one-yard burst by Leroy Quinn put the Eagles up 16-10 with 3:48 left in the third.

Quinn led the Oakridge ground attack with 66 yards on 19 carries.

The Eagles’ 13-play scoring drive to open the fourth quarter only added to the lopsided time of possession, and seemed to put a dagger in the Wildcats’ hopes.

But Montague refused to quit.

“It’s just unbelievable,” Pat Collins said. “It’s one of the best games I’ve ever been a part of at Montague. Against a great Oakridge team, we put on a show.”

“We just tried to stay positive,” he said. “It didn’t matter how much we were down by. We knew we could hang against that team. We came in with one goal, and that was to win.”

Bryce Stark finished with 98 yards on 11 carries for Montague.

Ludington shuts down Manistee in a Lakes 8 boys soccer contest