Big Reds pull away from Cedar Springs after halftime, head back to state semifinals

By Nate Thompson
LocalSportsJournal.com
GRAND HAVEN – The wind gusts in the third quarter were so strong at Grand Haven High

Mills-Ellis, and a toppling kicking net on the Big Reds’ sideline nearly became a hazard.
But the blustery conditions and temperatures in the mid-20s didn’t cool down a determined Muskegon squad, and couldn’t slow down junior quarterback Cameron Martinez, who can run like the wind.
Martinez rushed for 180 of his 222 yards in the second half, including two long touchdown runs in the pivotal third quarter, sparking the Big Reds to a hard-fought 34-18 victory over Cedar Springs in a Division 3 regional matchup.

Muskegon, the defending Division 3 state champion, improved to 12-0 on the season and ran its win streak to 26 straight games.
The Big Reds will look to clinch their third straight trip to the state finals next weekend, when they will return to Grand Haven to take on Zeeland East in the state semifinals.
Zeeland East routed Parma Western on Friday.
With his impressive yardage total and four touchdowns against the Red Hawks, Martinez passed La’Darius Jefferson’s school record of 2,095 rushing yards, and tied Jefferson’s record of 33 touchdowns in a season.
“It’s a great honor to be able to accomplish records like that,” Martinez said. “But it seems like I say this every week, I can’t do it without my teammates. The scout team in practice, the offensive line and my running backs and slots. It’s those guys who push me to get better. And with them, anything is possible.”
Cedar Springs seemed determined to pull off an upset after playing an inspired first half. The Red Hawks’ Wing-T offense ran up 164 yards on the ground before halftime, and more importantly, controlled the clock and limited Muskegon to just 13 offensive plays.

Muskegon freshman Myles Walton runs for the end zone next to his teammates on the return. Photo/Tim Reilly

The Big Reds started out strong, taking advantage of a horrible Red Hawks punt, getting the ball at the Cedar Springs 15-yard line and scoring on a four-yard run by Martinez.
But Cedar Springs carried out their fakes, executed their blocking scheme and ran the ball hard against the Big Reds. That allowed the Red Hawks to answer right back with a sustained drive that led by a five-yard TD run by quarterback Kolby Swank.
Muskegon responded with a huge special teams play to regain the lead. Freshman Myles Walton fielded the ensuing kickoff, broke through the first wall of tacklers, and sprinted free for a 75-yard touchdown with 4:41 left in the first quarter.
But the Red Hawks’ defense stiffened in the second quarter, and they continued to pound the ball on the ground. Fullback Ethan West’s 20-yard score with 3:40 left in the second trimmed Cedar Springs’ deficit to 13-12 at halftime.
Muskegon coach Shane Fairfield said his team made a few minor adjustments defensively, and realized they needed to play more smash-mouth football on the offensive side.

“We decided we needed to take it right at them and not play on the perimeter,” the coach said. “They’re a real physical team, but from watching the video (earlier in the week), we believed we could control them up front. Our skill guys get all these MVP awards and stuff like that, but our offensive line is definitely carrying us.”
Muskegon linebacker Ali’Vonta Wallace, who had 11 total tackles, said keying on Swank helped slow down the Red Hawks’ attack.
“We were keying on their guards in the first half, but they started crossing their guards (to mix us up), so I had to key on the quarterback,” Wallace said. “And he took me to the ball every time.”
The Big Reds’ O-line also responded, helping Martinez score on tremendous runs of 32 and 75 yards in the third quarter, which allowed Muskegon to take control.
Martinez capped the Big Reds’ final scoring drive early in the fourth when he leaped over a pile of players near the goal line and landed easily on the icy turf in the end zone.
Cedar Springs added a late touchdown, but it was too little, too late.
Jeremiah Lockhart had 51 yards on nine carries for Muskegon. Neither squad completed a pass during the game, which wasn’t surprising considering the weather.
It could be more of the same in the forecast next weekend, but with a trip to Ford Field on the line, Muskegon will take it.
“It’s been our goal to get back (to Ford Field) ever since we made it there last season,” Wallace said. “It’s a great feeling to be so close again.” 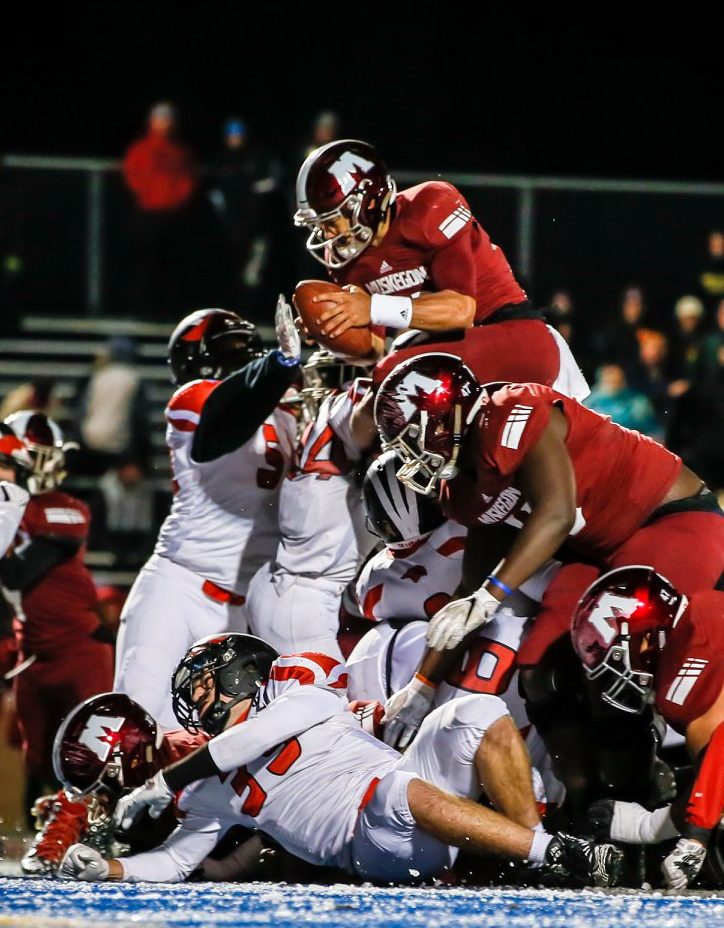 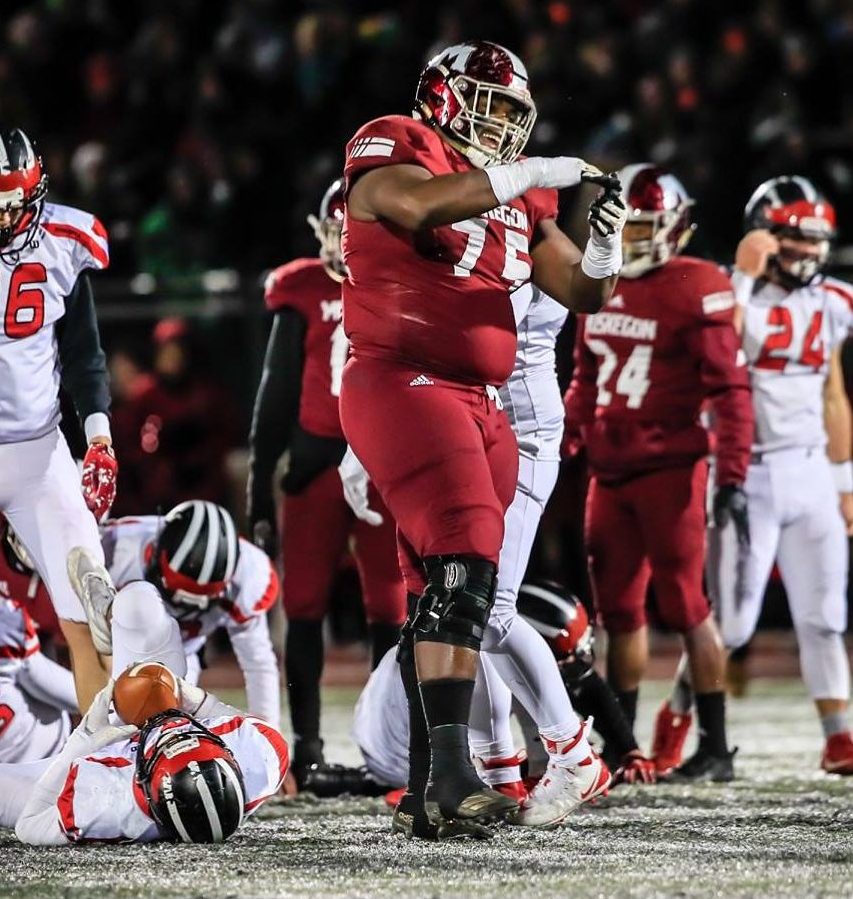 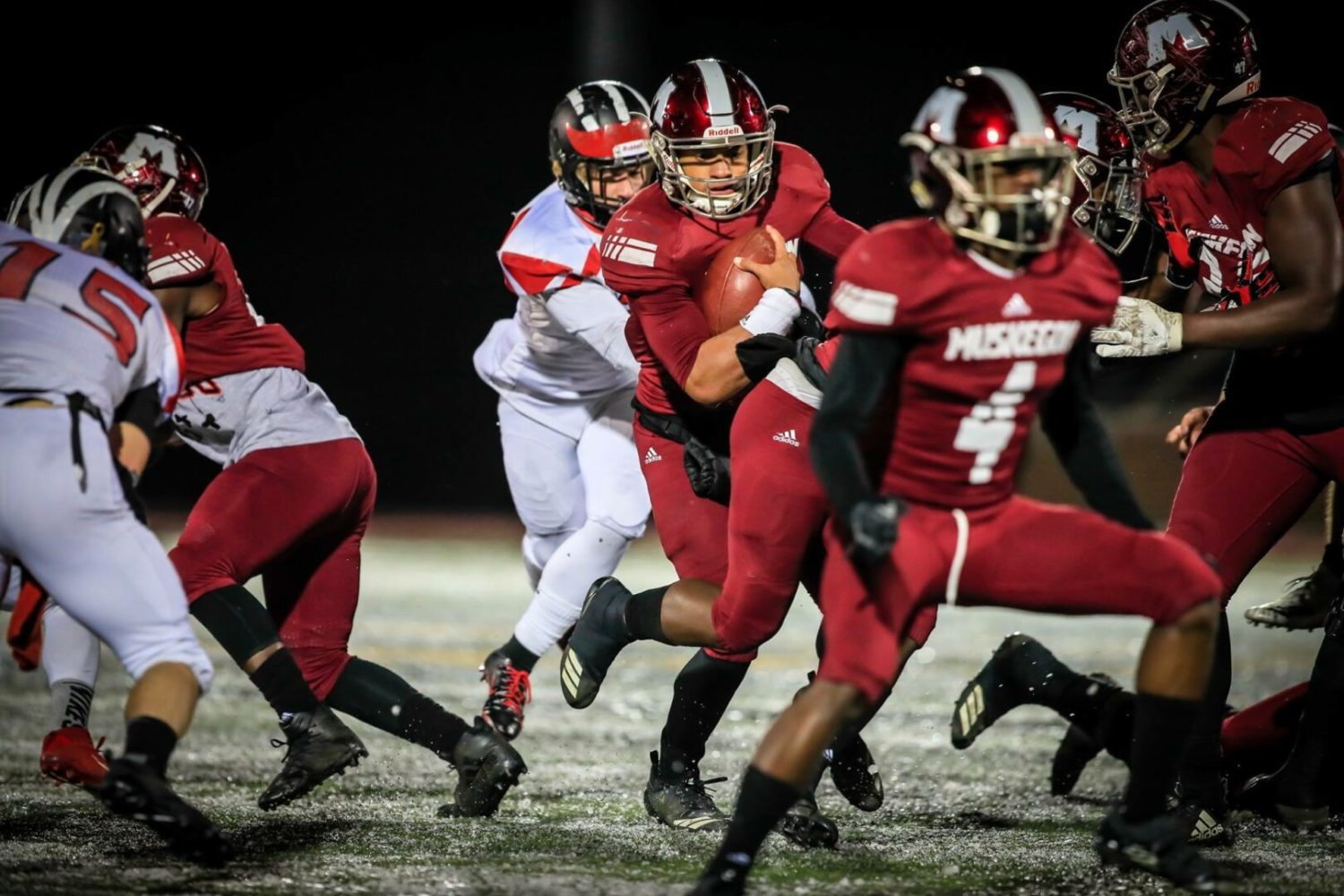 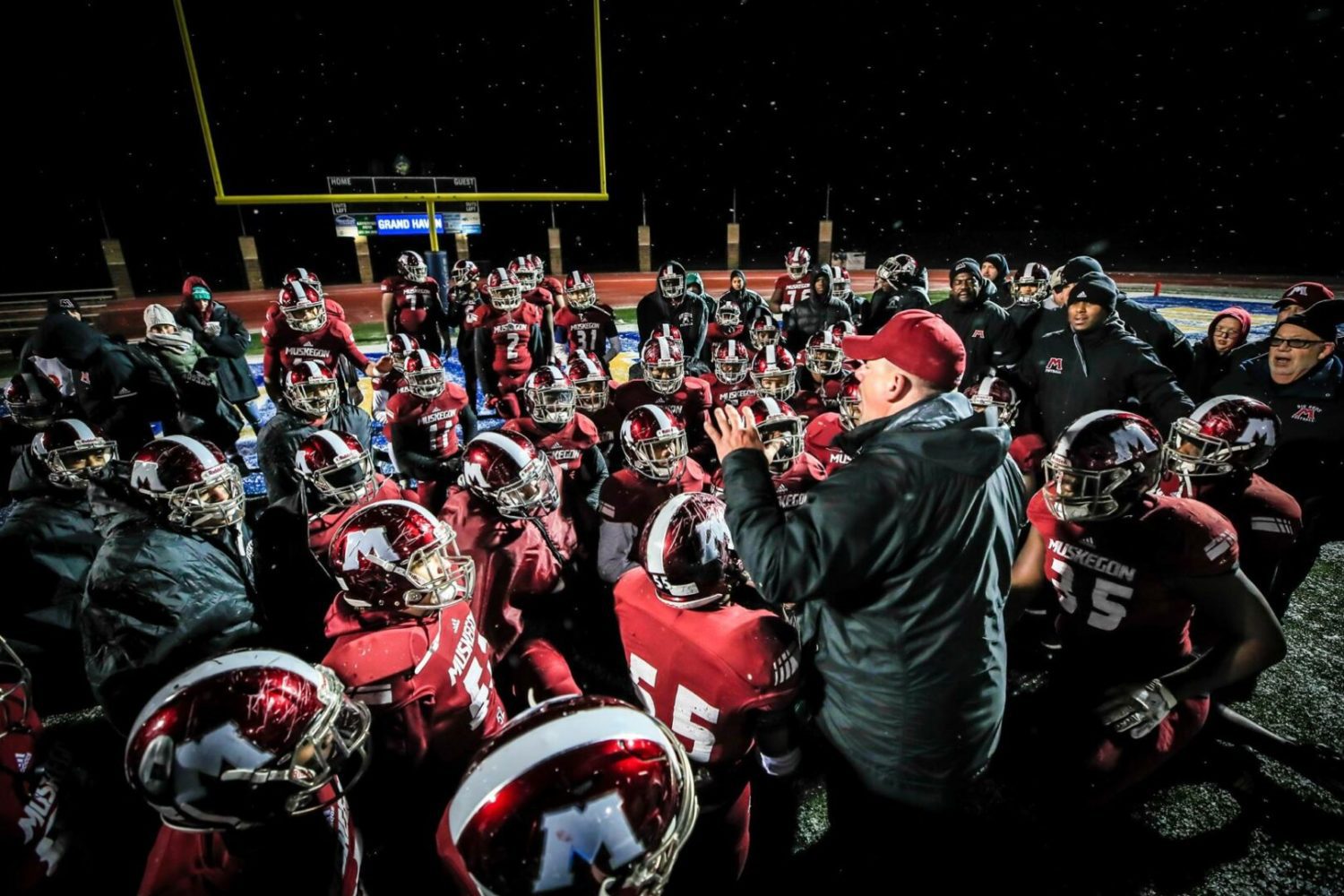 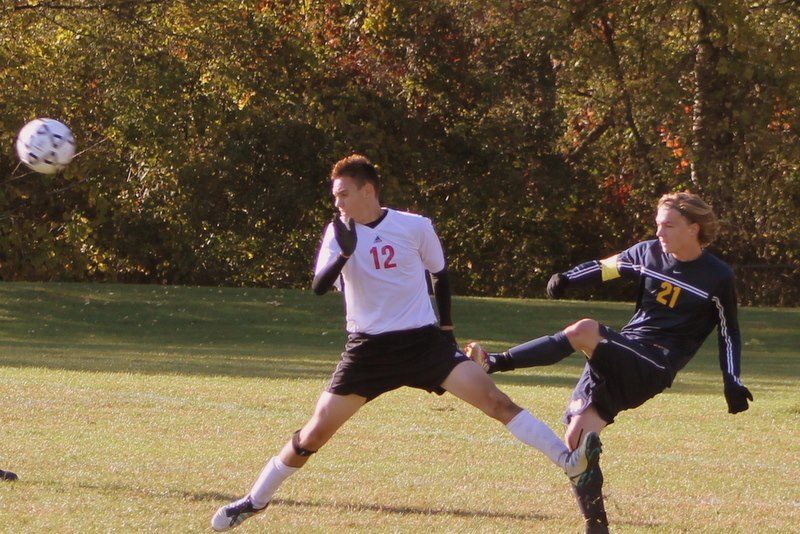