In other words, Thursday’s contest at Grand Haven High School was not pleasant for the Bucs. Last week they split a doubleheader with defending Division 1 state champion Caledonia, but on Thursday they came out on the short end of a 12-1 score.

Grand Haven only has two losses on the season, but this was a tough one.

“Against a team like that, we couldn’t afford to make the mistakes we did,” Hall said. “And it was everywhere. It was base running mistakes, fielding mistakes. Our heads just weren’t in it tonight. It’s head-scratching because we prepared well for them. We had a great practice. We just weren’t mentally in it today.” 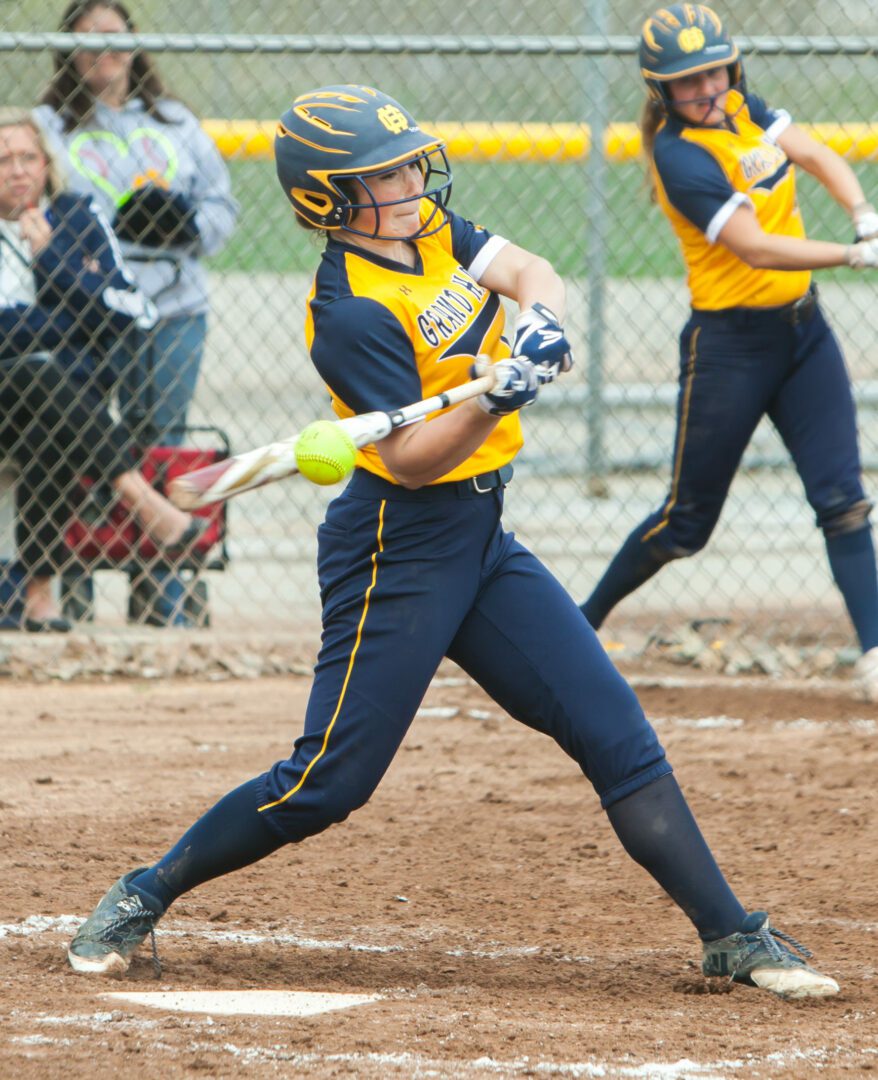 Regan Riemersma takes a cut at a pitch for Grand Haven. Photo/Jason Goorman

Despite the loss, the Bucs remain atop of the O-K Red Conference standings, along with rival Hudsonville. The two teams have 8-2 league records and will battle on Friday at Grand Haven in a pivotal clash that has league title ramifications.

Another positive, Hall said, was the fifth home run of the season for Maddie Shoemaker, bringing the Bucs’ team total on the season to an impressive 20.

Junior Kaelyn Stafford leads the team with 10 home runs, and went 1-for-2 against Caledonia.

“Kaelyn’s playing at an All-State level right now,” Hall said. “You take a look at her, and she’s about 6-foot and lanky, you wouldn’t think she’d hit with the power that she does. But she’s been outstanding for us.”

Shoemaker was dealt her first loss of the season in the pitching circle, but Hall said he has the utmost confidence she’ll bounce back fine if she’s called on again tomorrow against Hudsonville.

“(Caledonia coach) Tom Kaechele came up to me afterwards and shrugged and said ‘We’ll see you in regionals,'” Hall said. “He knows we’re a better team than what we showed. That’s where we hope to be down the road, but we’ve got a lot of work to do to get there.” 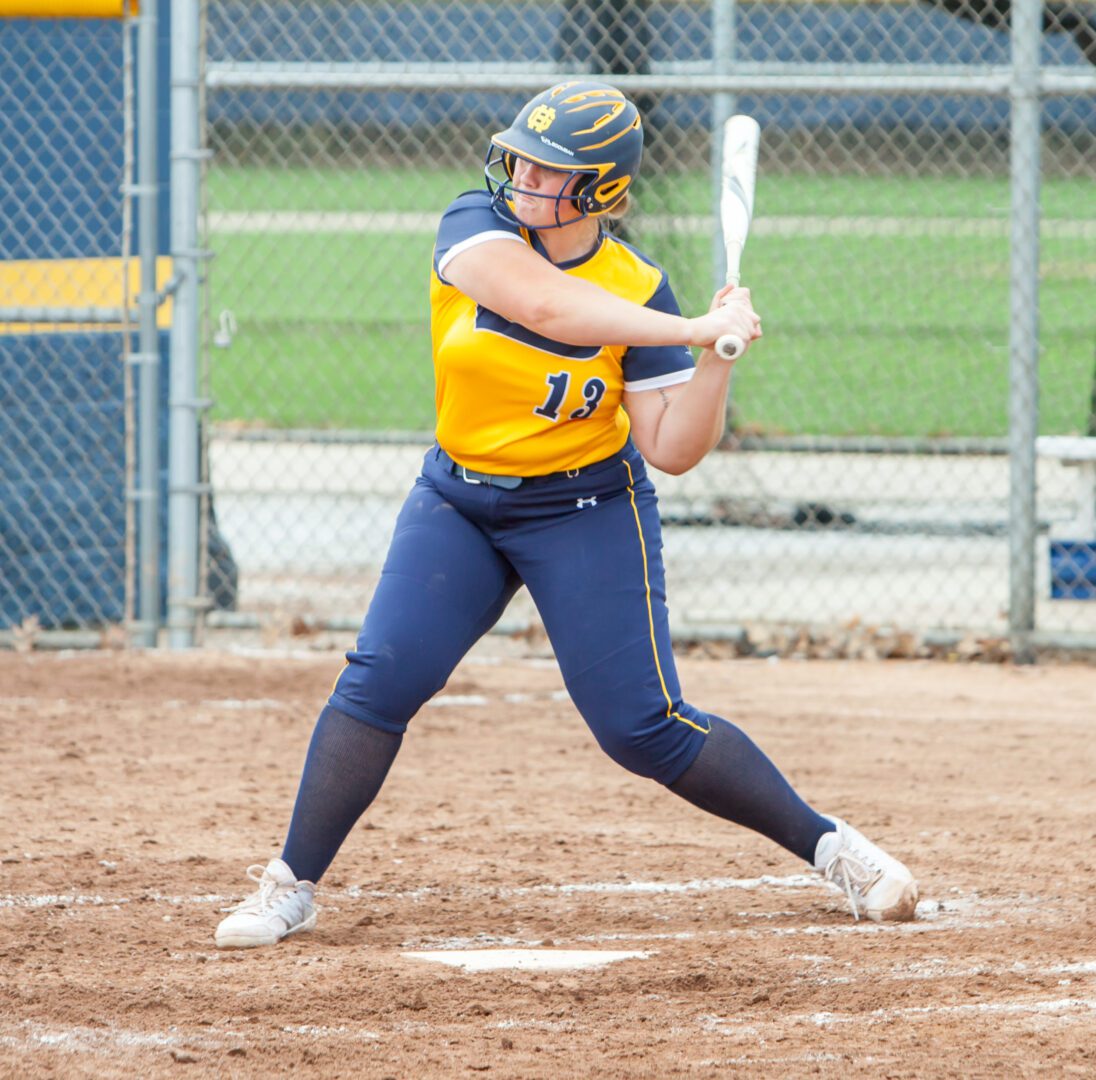 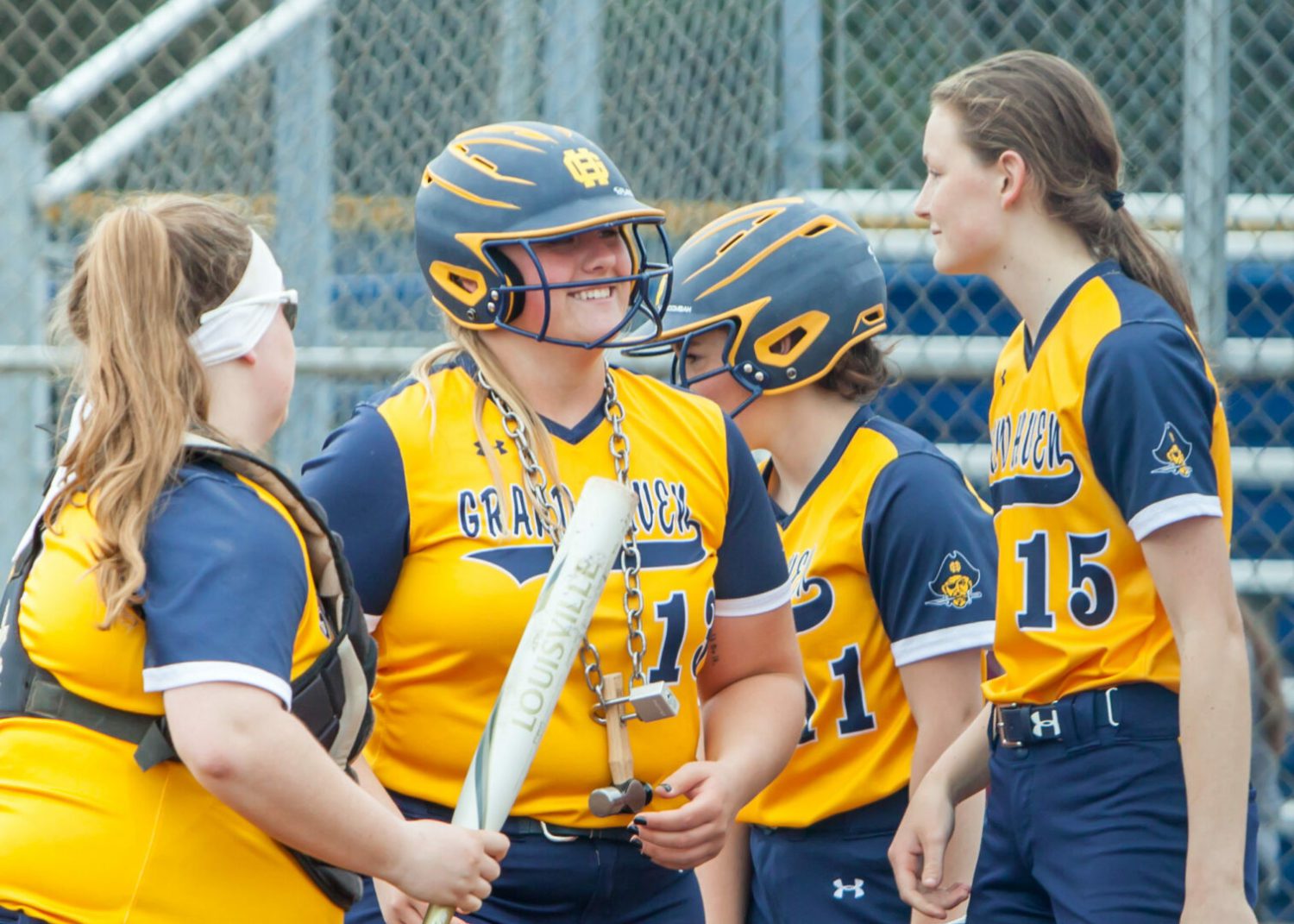 Madi Shumaker is greeted by her teammates after hitting a home run for Grand Haven. Photo/Jason Goorman 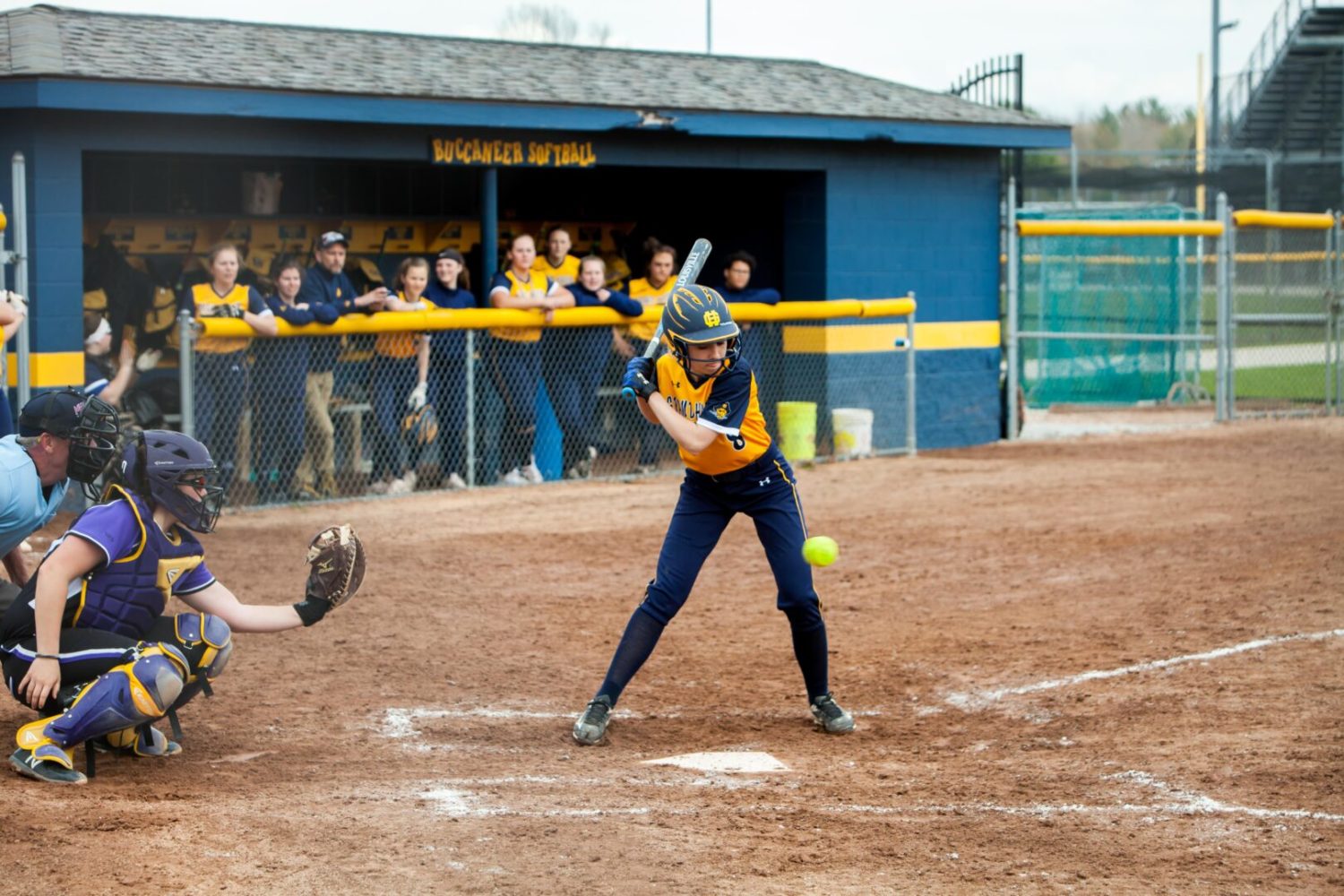 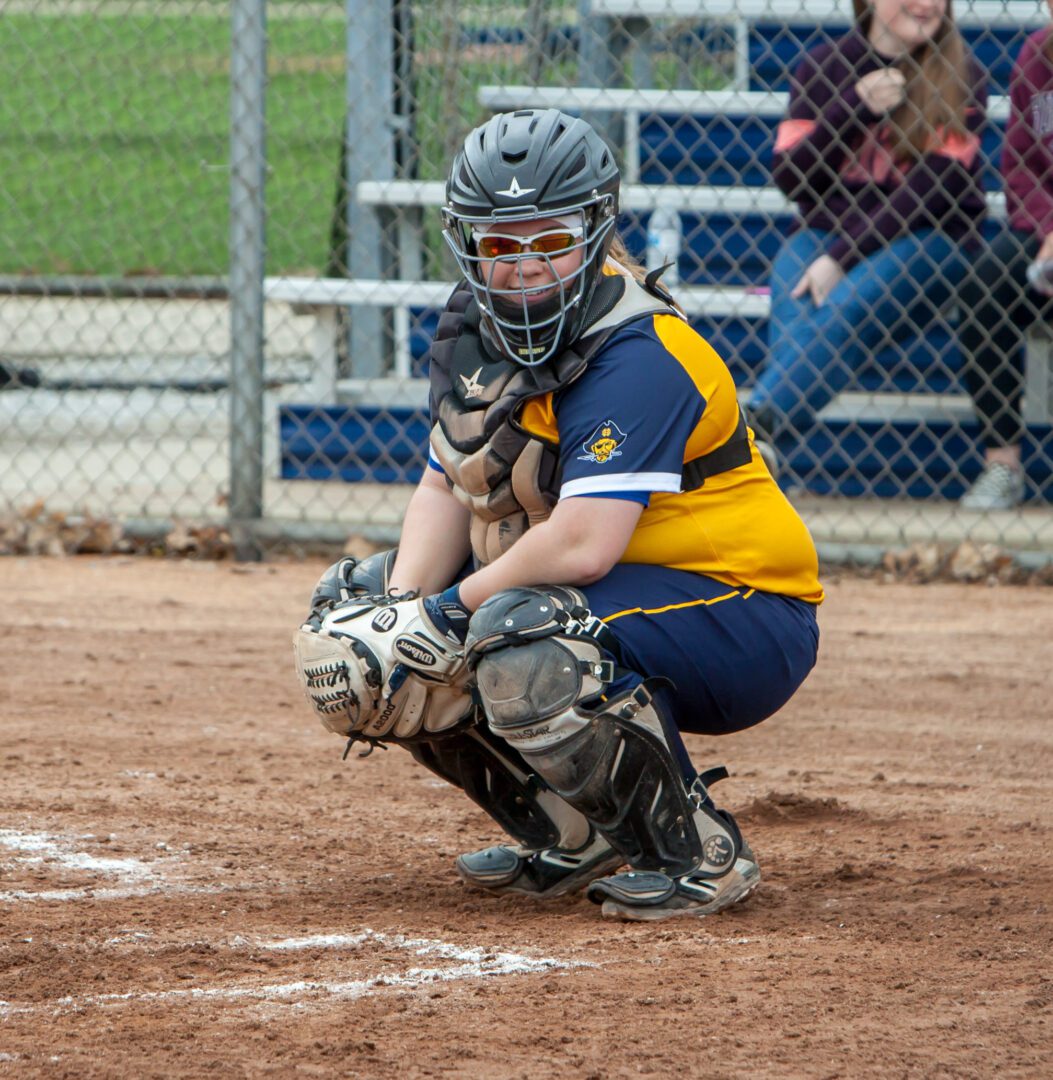