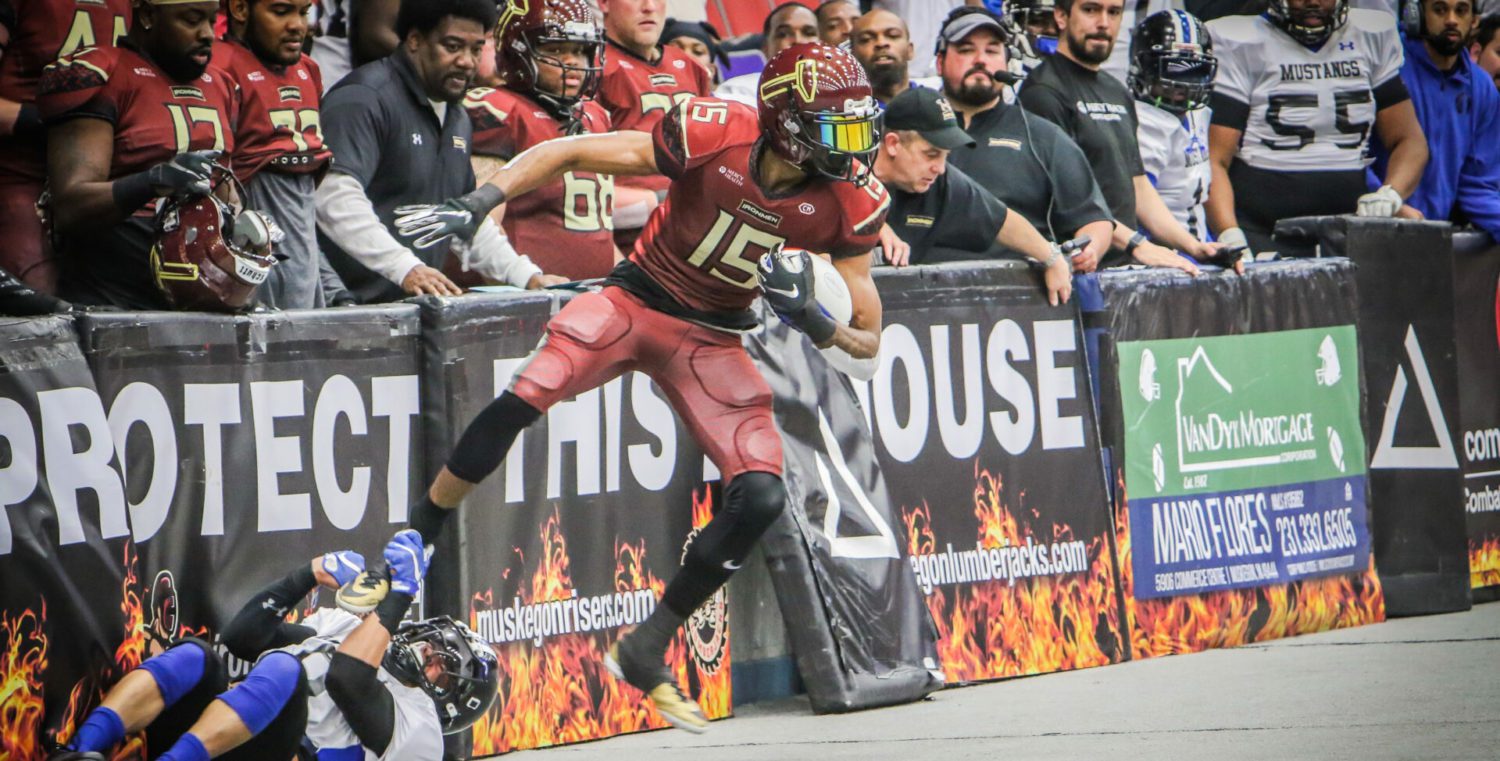 The West Michigan Ironmen might have had to schedule a new last-minute opponent for Saturday’s indoor football game at the L.C. Walker Arena, but their matchup was no slouch.

The Ironmen faced off with who will now be considered their new crosstown rival, the Muskegon Mustangs. 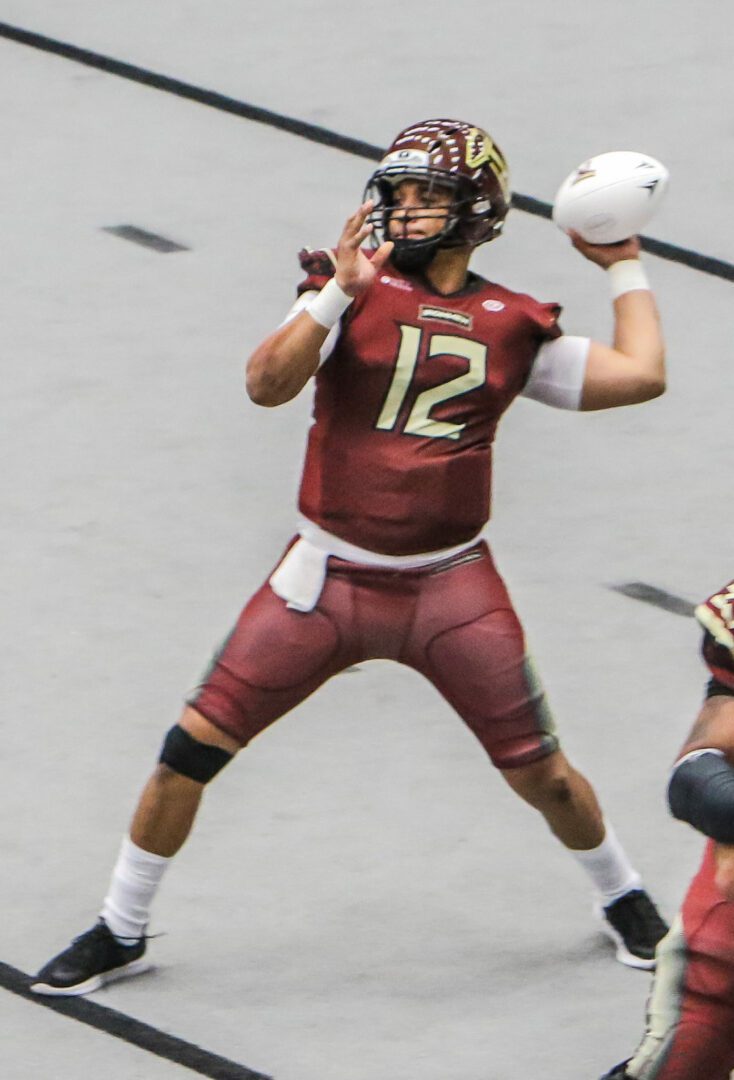 Whitley drops back to make the pass for the Ironmen. Photo/Joe Lane

West Michigan eked out a 44-37 win over the Mustangs who took the matchup after the Louisville Xtreme bailed on the Ironmen late Thursday.

The win did not come easy for the Ironmen. But missing starting quarterback Alex Carder, didn’t seem to hurt the team either.

That’s because backup QB Michael Whitley was on top of his game. The Louisiana native threw five touchdowns for West Michigan, including two in the final four minutes to seal the win.

First Whitley connected with Dakota Smith to tie the score 37-37 with four minutes left to play. Carrington Thompson capped off Whitely’s performance with a game-winning touchdown catch with three seconds left in the game.

Mustangs quarterback Aaron James did all he could to match Whitley’s performance. James tallied five touchdown passes of his own and nearly pulled off a comeback after his team trailed 23-15 at halftime.

James kept the Mustangs in the game by completing the only two scores in the third quarter. The first strike came from a Jamarcus Martin catch. Demonte Collins followed suit to give the Mustangs a 30-23 lead.

West Michigan responded early in the fourth quarter on a Whitley touchdown pass to Corey Johnson. 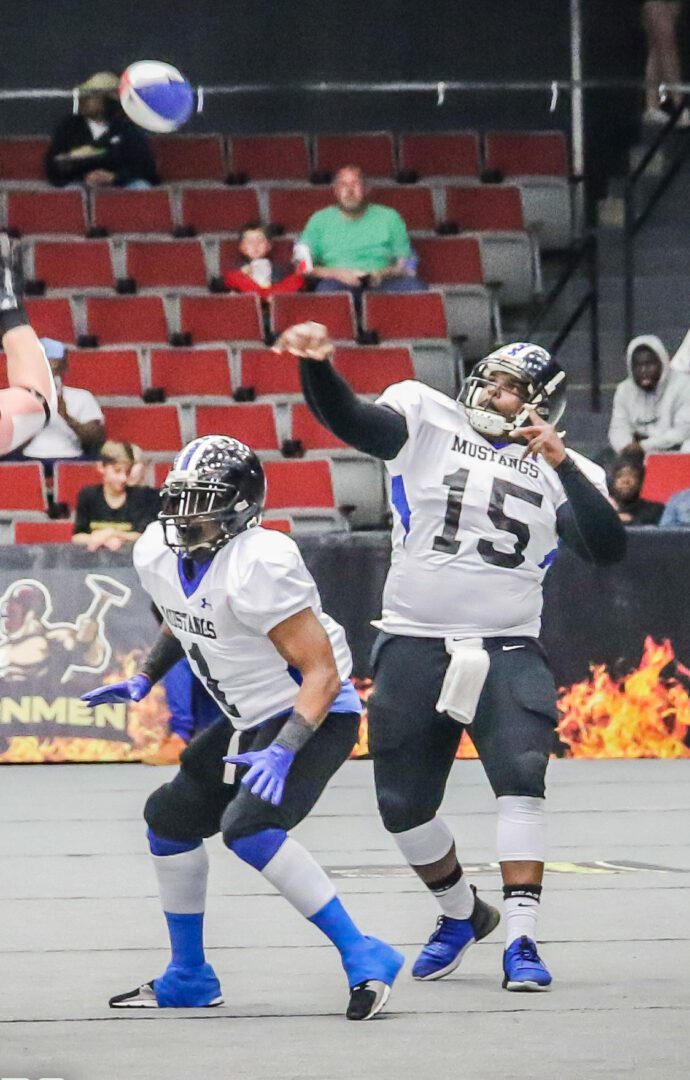 James bounced the Mustangs back on top with a touchdown throw to Martin, making the score 37-30.

The back and fourth game took time to warm up as the Ironmen were the lone team to score in the first quarter on a Thompson touchdown catch for a 7-0 lead.

James didn’t let the first quarter shutout distract his Mustangs team, connecting with Collins in the end zone barely a minute into the second quarter. After a missed PAT, Muskegon trailed 7-6.

West Michigan got back on track five minutes later on a Whitley scoring pass to Johnson.

But Muskegon deflected Whitley’s pass on the two-point conversion and Shane Pennington completed the interception and ran all the way into the end zone for a 14-8 deficit. James then connected on a Martin touchdown catch to put the Mustangs up 15-14.

The Ironmen were able to capitalize on a pair of Mustang mistakes to set up their halftime lead.

First West Michigan forced a fumble that was recovered and turned into a touchdown by Jesse Somsel. Then the Ironmen defense stepped up and sacked James in the end zone for a safety and a 23-15 lead.

Check out the video and photo highlights from the game. 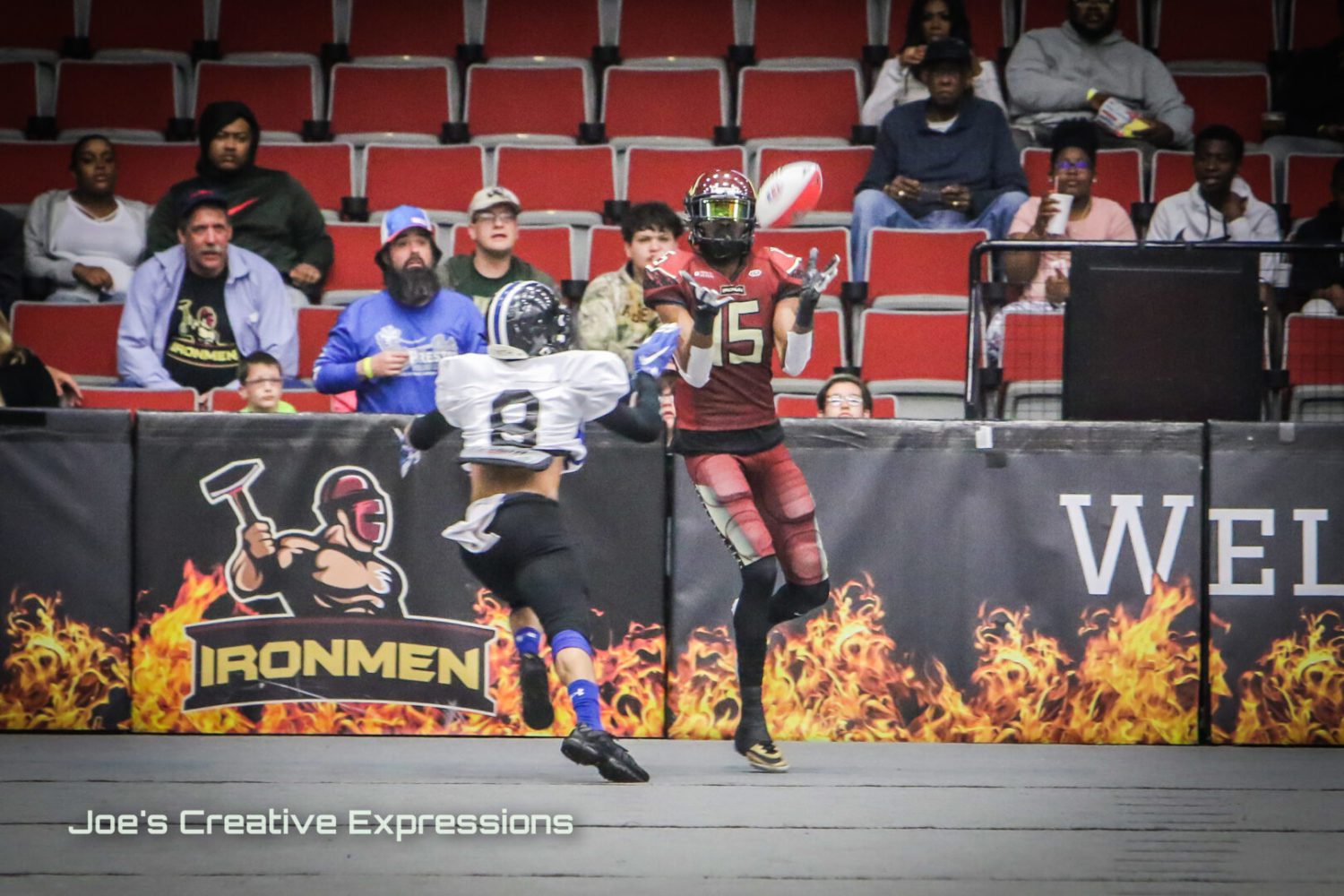 Carrington Thompson gets ready to complete the touchdown for West Michigan. Photo/Joe Lane 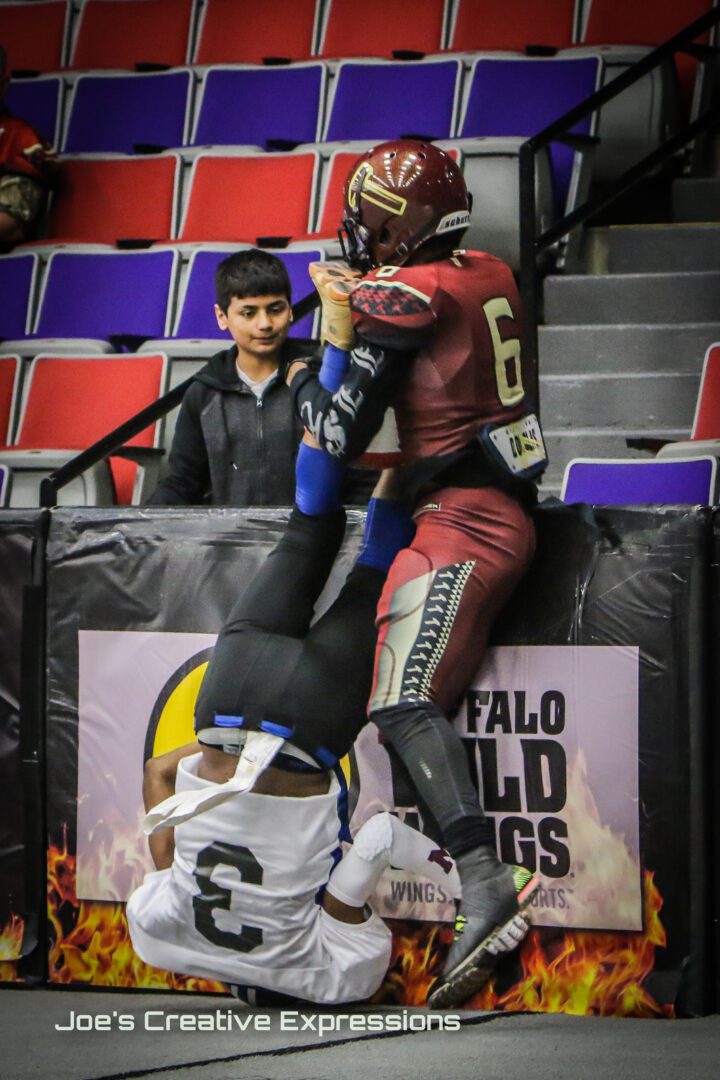 BJ Foy tries to hold on to a loose ball as Muskegon’s Jamarcus Martin finds himself upside down. Photo/Joe Lane

No. 15 Carrington Thompson tries to get his foot out from Muskegon’s Buddy Keyes. Photo/Joe Lane 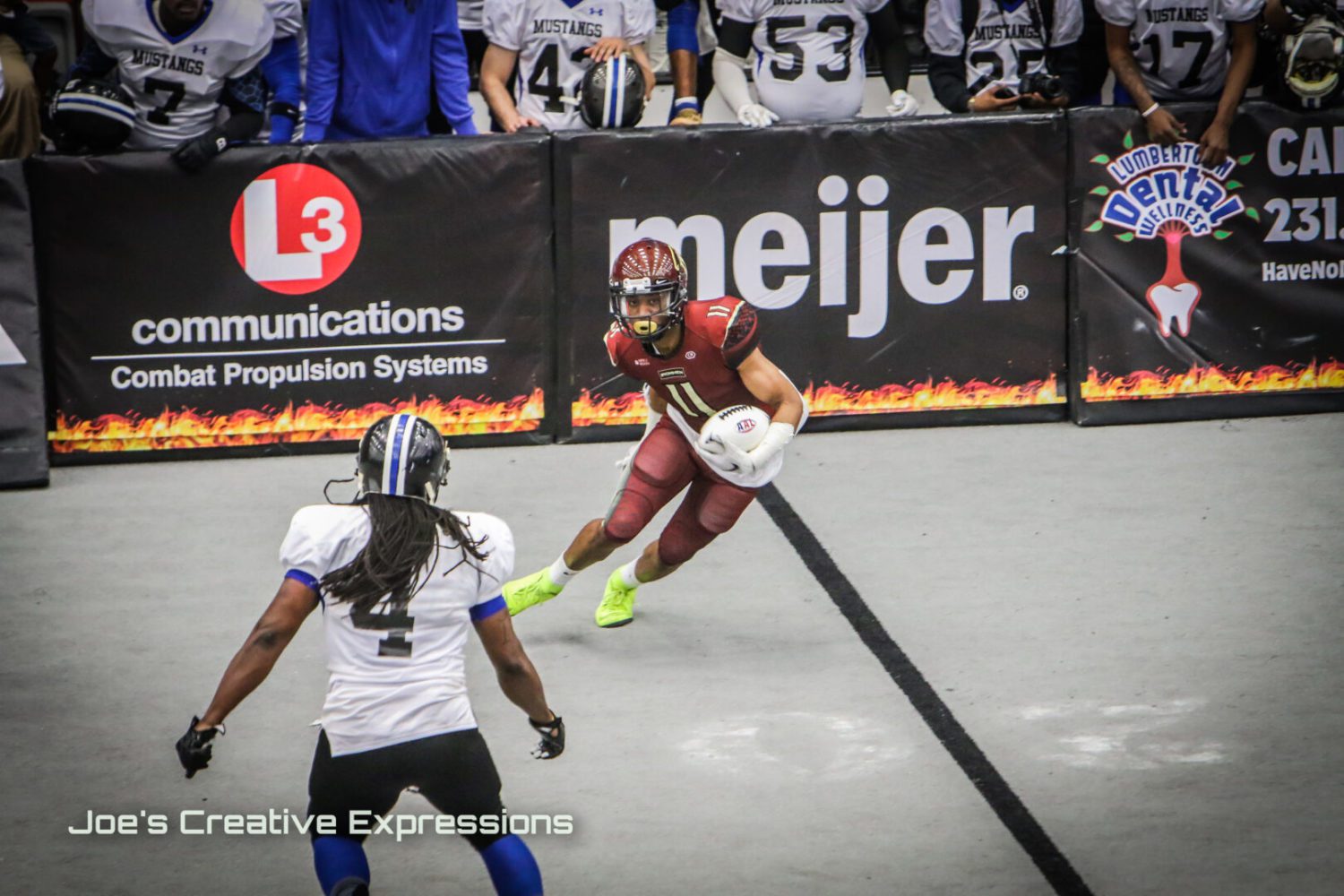 Caryl Gooden makes the cut for the Ironmen. Photo/Joe Lane 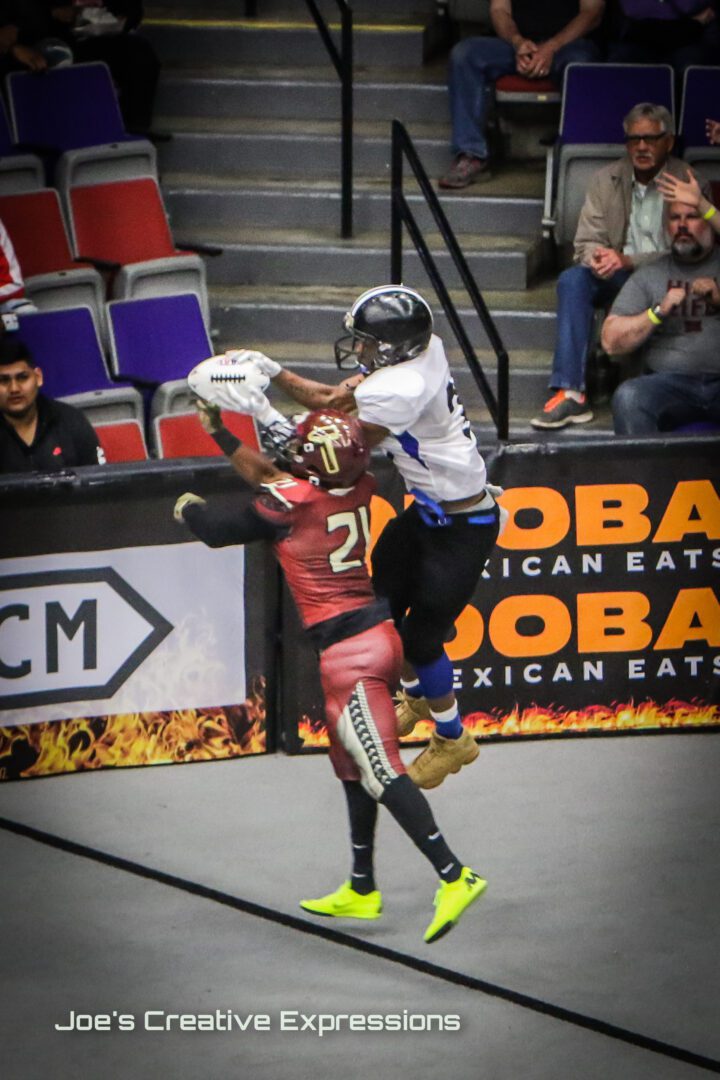 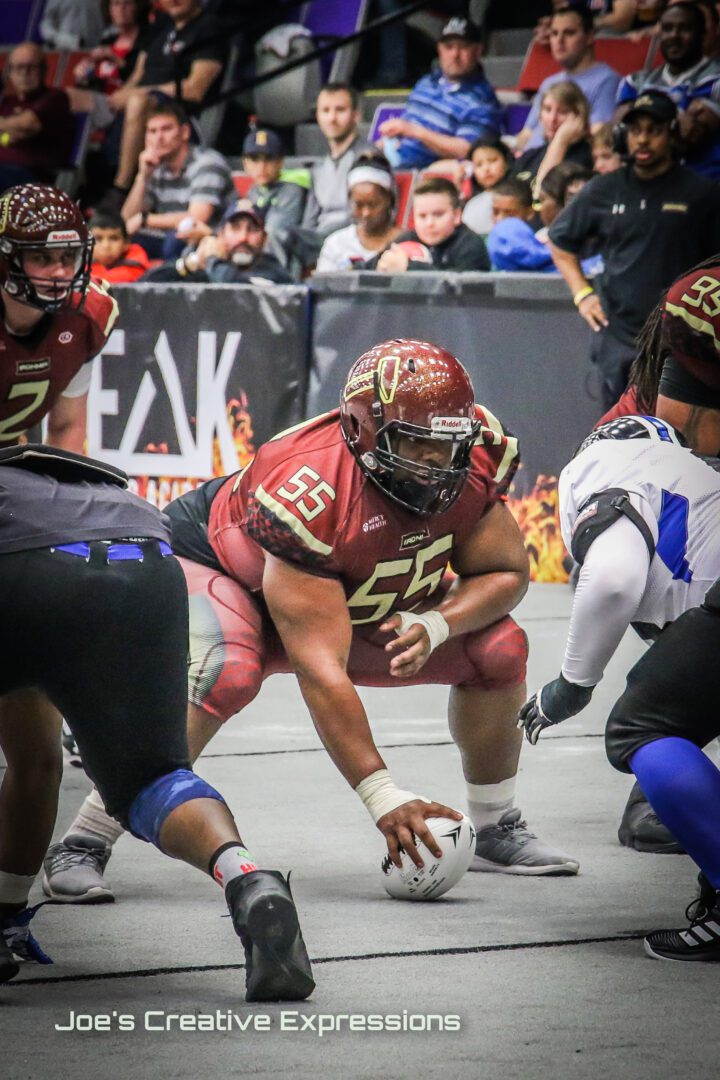 Danzel Maze gets ready to hike the ball for the Ironmen. Photo/Joe Lane 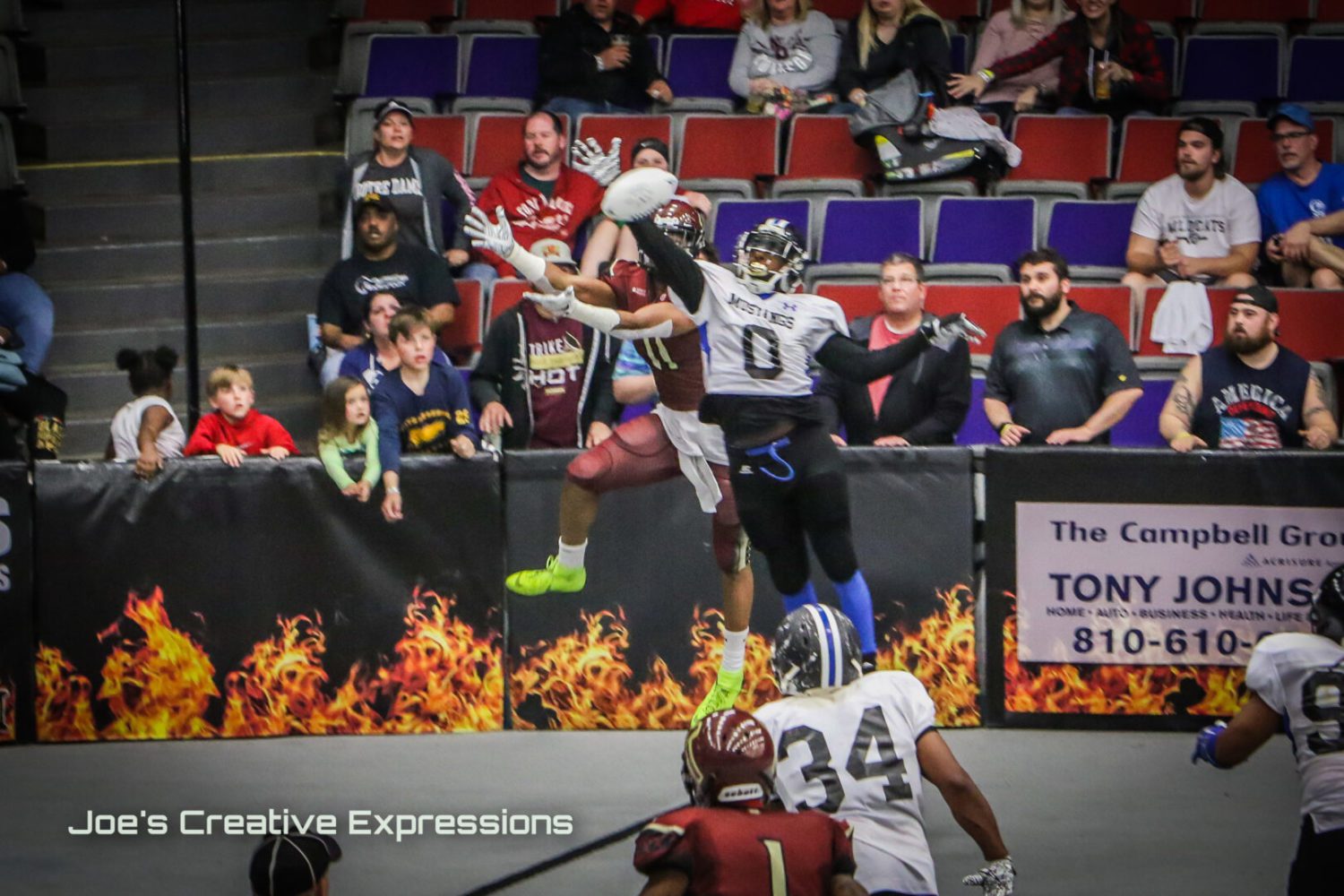 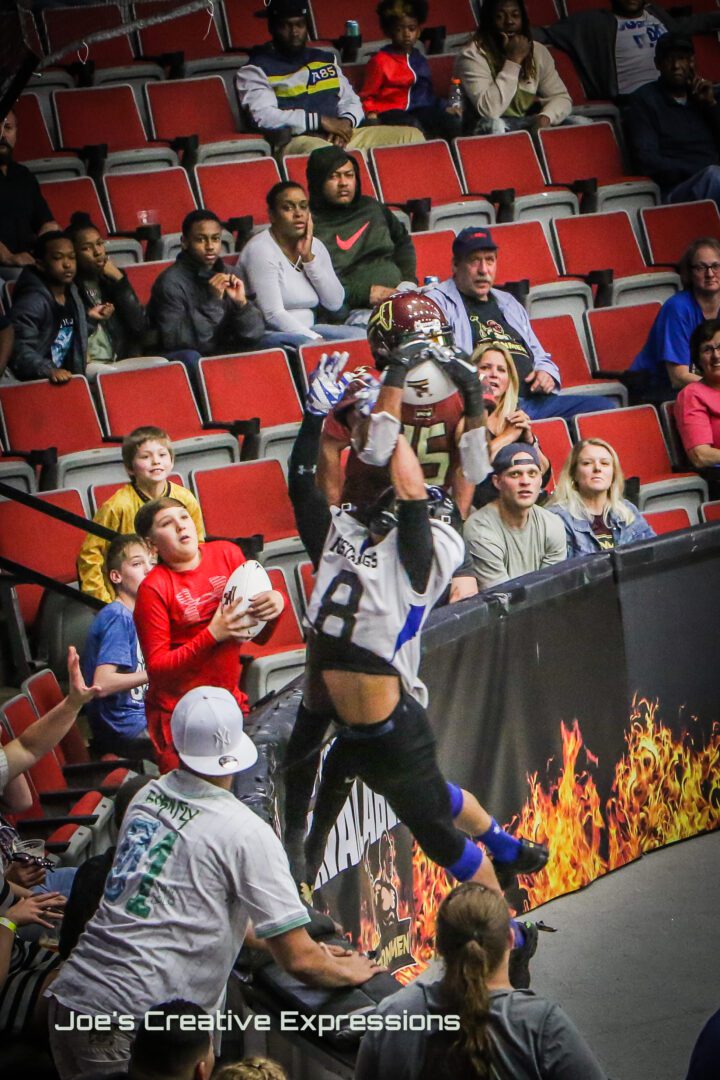