MUSKEGON – A lot has changed in the last 24-plus hours for the Muskegon Clippers. 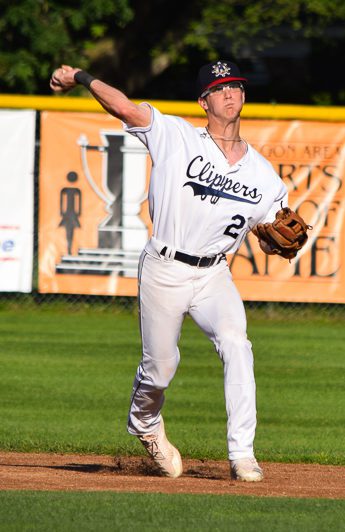 Austin Eifrid makes a play in the infield for Muskegon on Saturday. Photo/Dan Gawkowski

On Saturday the Clippers were down 13-2 in the sixth inning before scoring 13 unanswered runs to come away with a 15-13 comeback victory in the series opener against the Richmond Jazz.

Muskegon continued that script on Sunday with another comeback win, 4-3, against the Jazz on at Marsh Field on a walkoff sacrifice fly by Micah Allen.

The Clippers, who opened the weekend with a six-game losing streak, have now won two straight and are 7-10 on the season. They are in fourth place in the six-team GLSCBL Northern Division, but only 1½ games out of a playoff spot with over half the season left to play.

The Clippers will return to the road for a short two-game trip against the Licking County Settlers. The opening game will be Tuesday night at 7:05 p.m.

“It feels real good and we needed a couple of wins,” said Clippers manager Walt Gawkowski. “Two walk-offs in two nights has been exciting.”

The Clippers’ unsung hero had to be starting pitcher Jarrod Melle, who tossed a complete game. He allowed three runs on seven hits while striking out six batters.

The first two runs he gave up were in the first inning on a two-run single by Richmond’s Cole Antle.

“I started off slow and the fastball or breaking ball wasn’t working well,” said Melle, who plays college ball for Central Michigan University. “I didn’t even think I was going to make it through five innings, but I did.”

“Jarrod Melle was really good,” said Gawkowski. “He really battled and gave us a complete game and you don’t see that often anymore. He did a great job.” 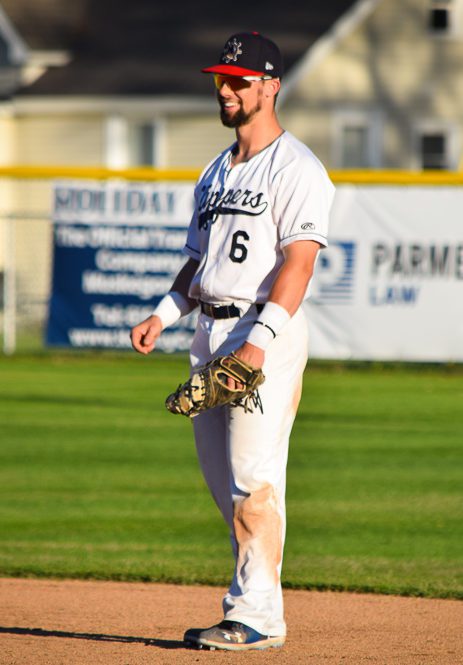 The Clippers were held scoreless until the seventh inning when they scored a pair of runs on an RBI triple by Nolan Bryant and a Tre Morris RBI groundout to cut their deficit to 3-2.

Muskegon remained behind by a run until the ninth and final frame.

Cooper Peterson opened the inning with a bunt single and advanced to third base on a throwing error.

The Clippers then tied the game 3-3 with one out on an RBI single by Austin Eifrid.

Two batters later with the bases loaded, Micah Allen hit a fly ball deep to centerfield for the second out, but the hit was deep enough to score the game-winning run. 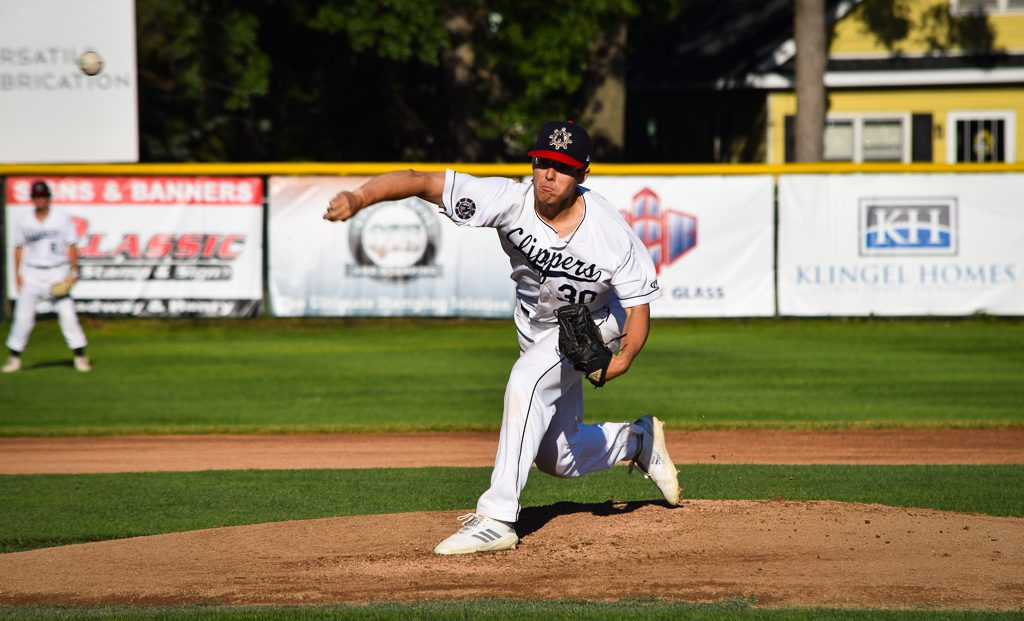 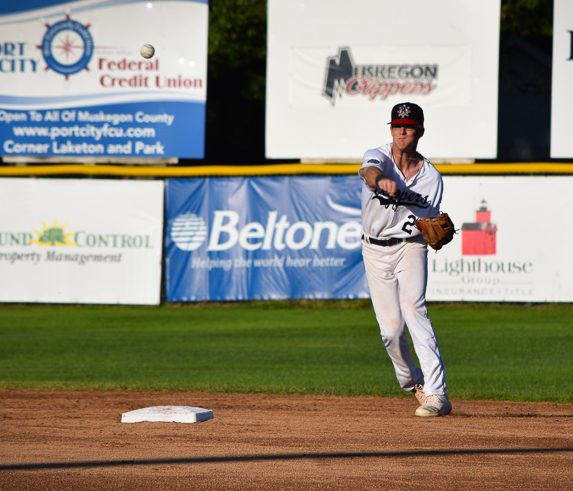 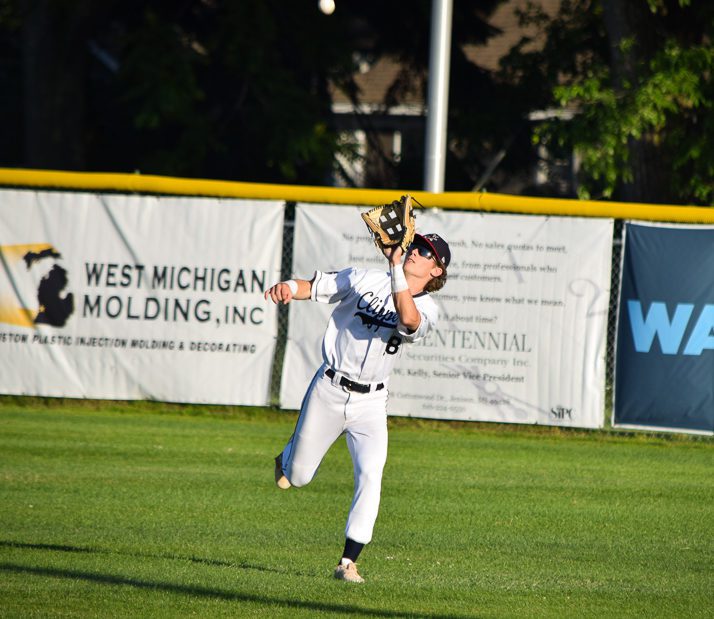 Shane Easter makes a catch in right field for the Clippers on Saturday. Photo/Dan Gawkowski 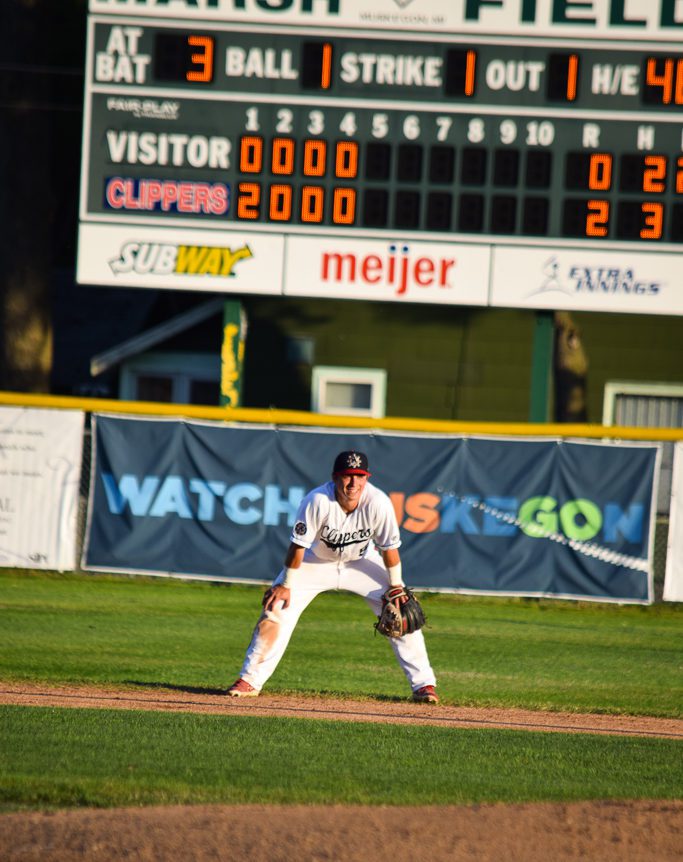 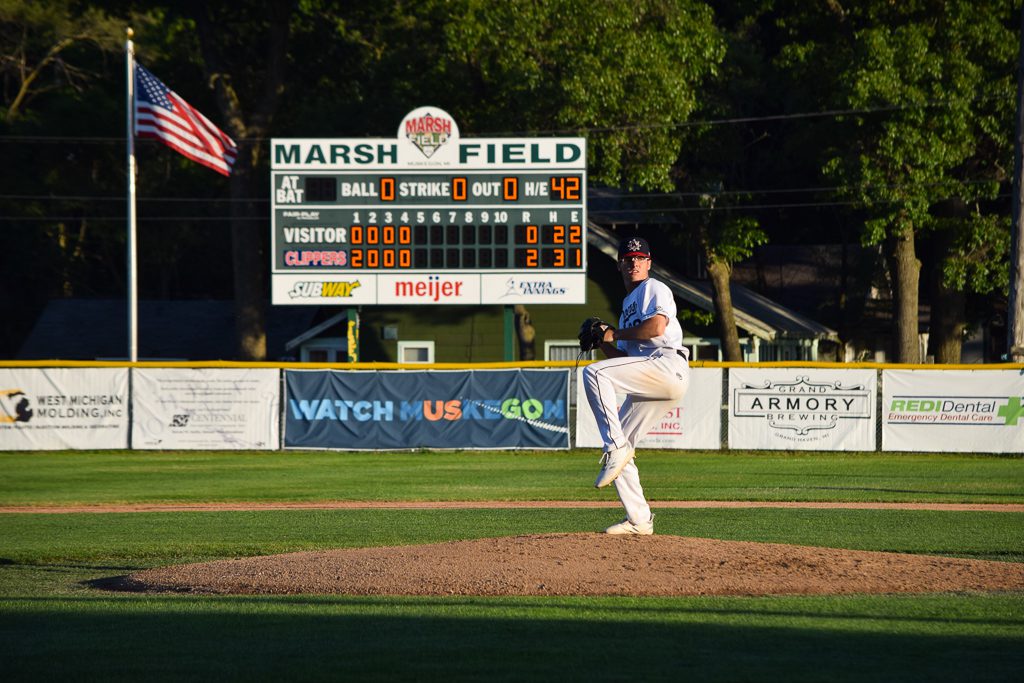