NORTON SHORES – A player can have a ton of skills, but being raised with a winning mentality can be just as important.

Western Michigan Christian soccer goalie Jameson Goorman can check both of those boxes, and the results have been pretty impressive. 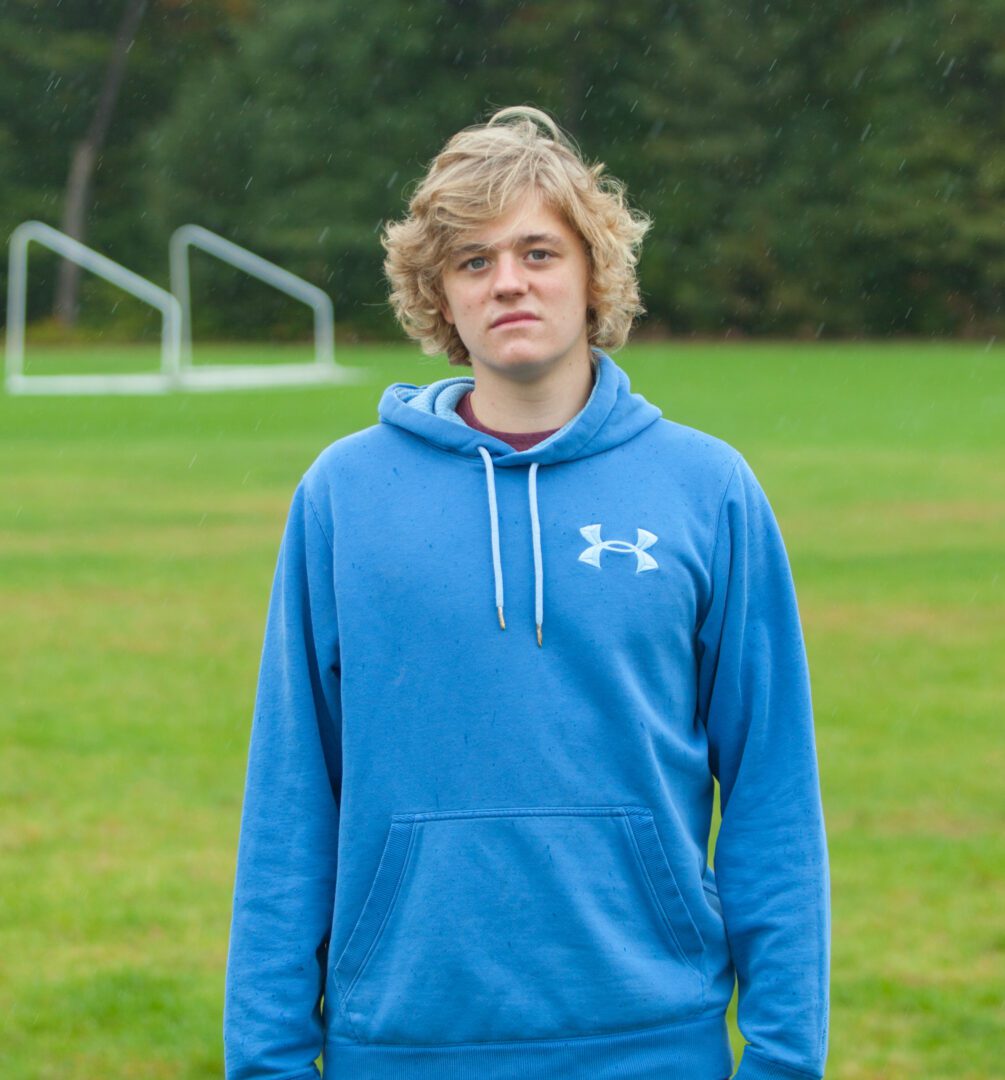 The Goormans have also played a role in the successful history of WMC’s boys soccer program, which has captured six state titles since 1988, with the last coming in 2010. Jameson’s father, Jamie Goorman, played on the 1988 squad that shared a state championship with Detroit County Day after the teams played to a 2-2 tie in the Class C-D finals.

His uncle Jeremy Goorman, the successful third-year coach of the WMC girls basketball team is a former All-State and state champion hoopster for the Warriors. His cousin, Aubrey Goorman, was an All-State basketball player before graduating in 2018.

So athletic success has been ingrained into Jameson’s mentality from the time he started playing sports as a little boy, and not surprisingly he’s helped his teams win a lot.

Goorman, an extremely athletic senior goalkeeper, already has a school record for shutouts with 42, with the latest coming in a 6-0 win over Hudsonville Libertas Christian on Tuesday in a district semifinal game. 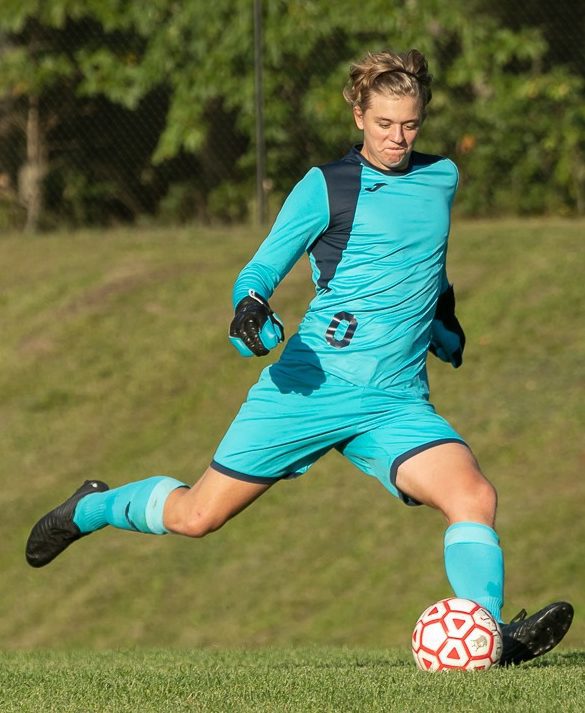 This season he has nine shutouts, helping the Warriors post a 14-2-3 record thus far and win the title in the tough Lakes 8 Conference. But WMC is not satisfied, because winning a state championship is a goal every season.

The Warriors will try to take another step in that direction when they play Holland Black River on Thursday in the Division 4 district championship game on their home field. The winner will advance to next week’s regionals.

“My dad won a state title at WMC, so that motivates me a lot,” Goorman said. “Soccer means a lot to all of us because it’s a huge part of our school’s legacy, it drives me and my teammates to want to win a state championship. It’s been too long, and we want to be the team that does it.”

A successful state tournament run would be a big deal to the entire family, according to Goorman.

“My dad would definitely be excited to see us win a state title, I think because his team was so good and seeing me do it too would bring back a lot of good memories,” he said.

“My grandpa was the basketball coach at WMC too, so I know our whole family gets excited when we get into any tournament.”

If any team is going to knock WMC out of the state tournament in the coming weeks, it will have to figure how to get shots past Goorman, and that’s not an easy thing to do.

His speed and fast reflexes allow him to move to his left and right quickly and make diving stops on shots that appear to be certain goals. His 6’4” height and 30-inch vertical leaping ability allow him to get his hands on shots that would sail over most goalie’s heads. 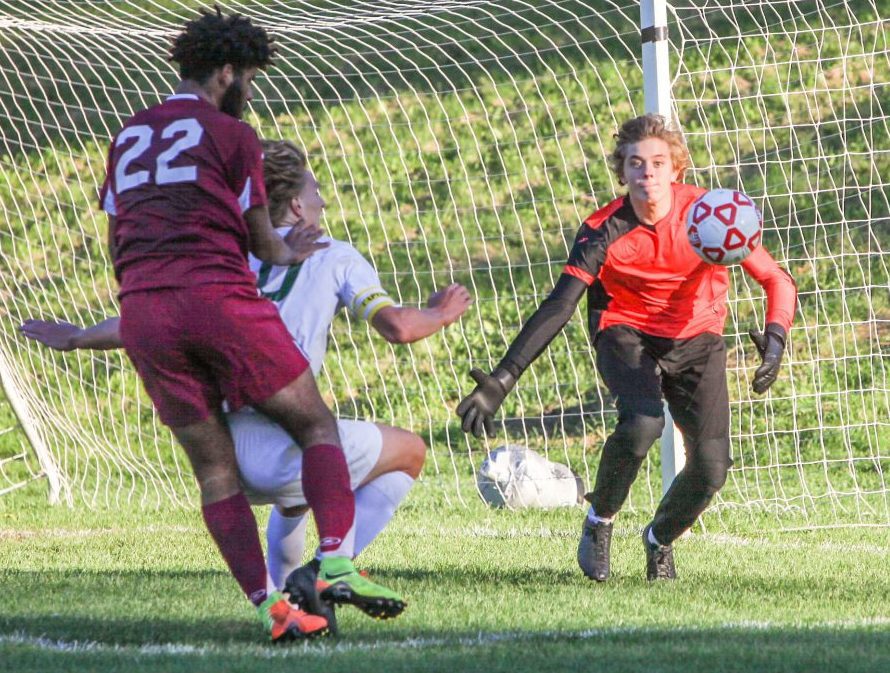 He also has a powerful right leg, which allows him to kick the ball all the way down the field, from his own box into the opponent’s box, on a regular basis. That turns what are usually routine goalie kicks into instant scoring opportunities for the Warriors.

“I’ve been able to create a lot of offensive opportunities,” said Goorman, who was called up to varsity as a freshman, shared time in goal as a sophomore, and has been the No. 1 goalie for the past two years.

“Most of the time I have direction when I’m kicking it. It’s hard to hit it far and accurately. I try to place the ball where my teammates can get to it and have momentum on their side.”

Goorman even assisted on a goal this season, after booming a ball all the way down the field against Fruitport.

“It should have been my goal because it hit off of their defender,” he said. “That felt good because Fruitport is a good team from a much bigger school.”

Veteran WMC soccer coach Dave Hulings said most of Goorman’s saves appear to be pretty routine, because he knows how to position himself and prepare for what’s coming.

“He knows the game and is able to interpret what he sees so quickly, that he’s able to do what he needs to do,” Hulings said.

Goorman also makes his share of jaw-dropping stops, particularly in big games when the pressure is on.

“This year he had two really great saves, one against Reeths-Puffer that kept us in the game and allowed us to finish with a tie,” Hulings said. “The other was against Leland in the last five minutes of the game. He made a tremendous save and we won 1-0.

“Jameson is very good 1-on-1. In our first game against Orchard View, they had seven breakaways and Jameson saved every one of them. Those were give-me goals and he stopped them. I don’t know of a goalkeeper in my nearly three decades of coaching who is better 1-on-1 than Jamo.”

Both Goorman and Hulings are quick to note that the Warrior defenders play a huge rule in limiting goals, and make the goalie’s job a lot easier.

“The defense in front of him is good – really good,” Hulings said. ”Brandon Fles, Jake Betton, Nick Mosher and Brevin Burn do a tremendous job. When you have someone like Fles in front of you, it helps your stats, no doubt.”

Goorman said he and Fles go way back. Like Goorman, Fles is a WMC All-Stater who shares a state championship pedigree. His father, Tom Fles, played on WMC’s 1995 title team.

“Fles and I have played together our entire lives,” Goorman said. “We play well together, so if I mess up he’s there to cover up my mistakes. He’s an incredible defender, everything in the air, he gets up. He clears so well, can catch anyone. He’s incredibly strong and he’s fun to play with on top of that. So he’s a great general to have on the field.

“Having a good defense in front of you is key. You have to communicate with your defenders, and we communicate so well because it’s been built over years of playing with these guys, as I learned the position.” 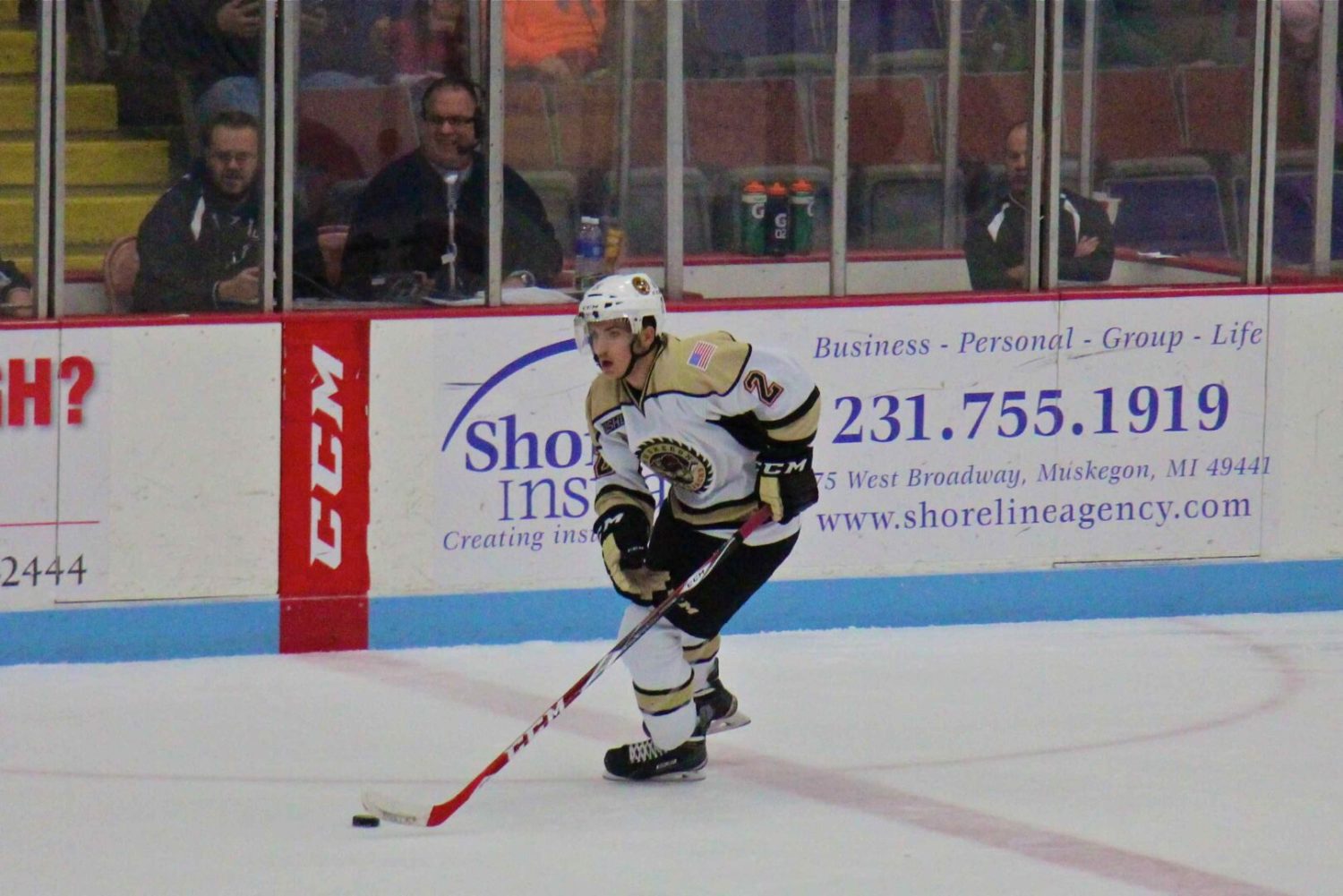 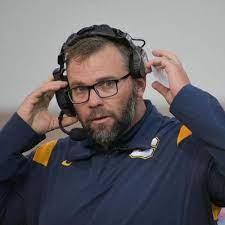 2020 Division 4 Football Coach of the Year headed to Spring Lake; Cody Mallory will take the helm of the Laker Football program