Lumberjacks continue slow November with a 4-1 loss in Omaha 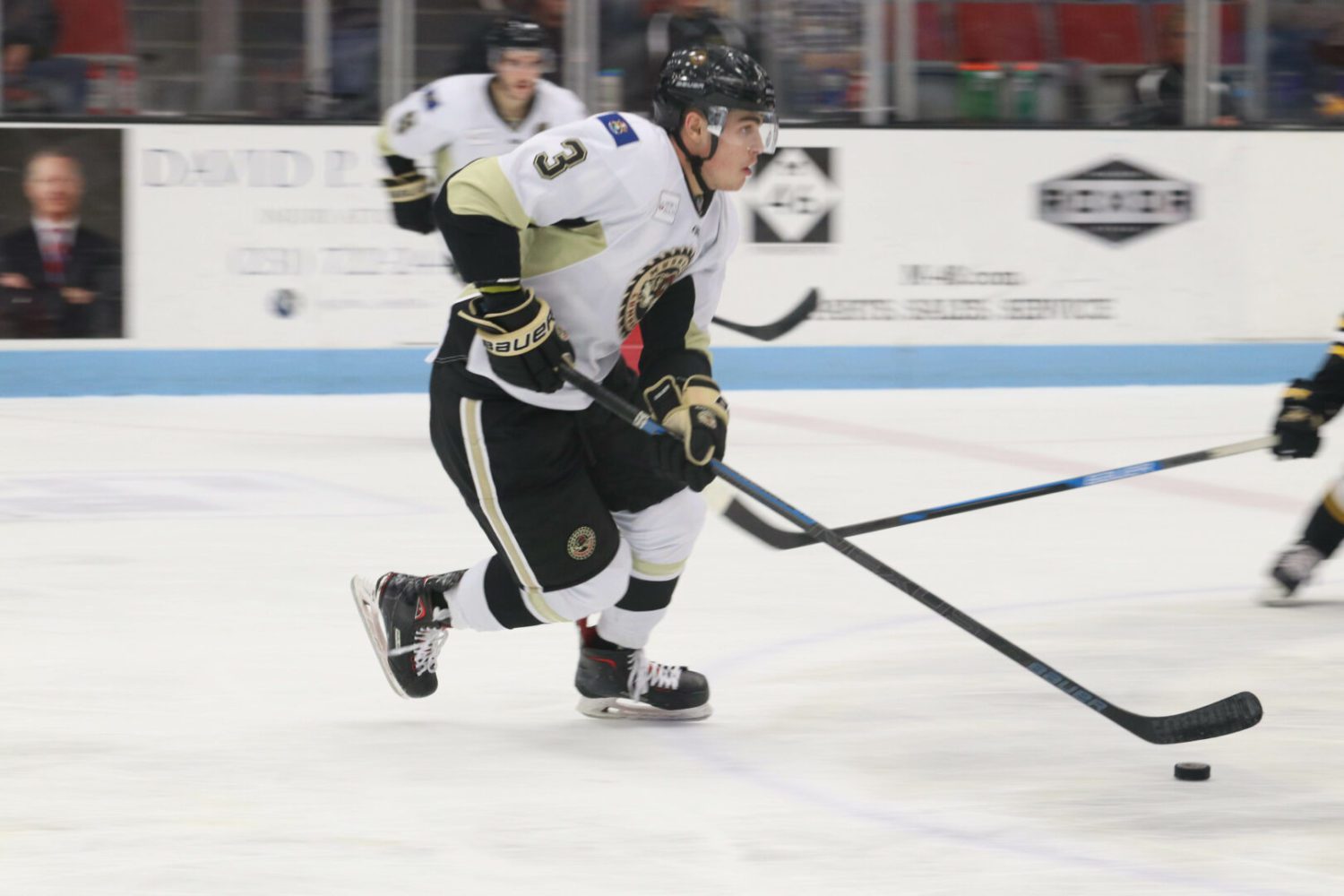 The month of November has not been kind to the Muskegon Lumberjacks.

After starting the month with an amazing comeback overtime win against Waterloo, the Lumberjacks had lost three of their last four games heading into the weekend.

Their struggles continued Friday night in a 4-1 loss to the Omaha Lancers at the Ralston Arena in Ralston, Nebraska.

“We are now 2-4 this month because we are not paying attention to detail,” said Lumberjacks Coach Mike Hamilton. “We’ve lost our identity and now must find a way to get it back.”

Muskegon is 8-7-1 on the season, good for 17 points and seventh place in the USHL’s Eastern Conference. The conference race remains tight, with the top seven teams within eight points of each other in the standings.

The Lumberjacks will try to earn a split in the weekend series on Saturday against the Lancers. The contest is slated to start at 8:05 p.m. EST from Omaha.

Muskegon opened the scoring 4:38 into the first period with a goal by Danil Gushchin.

The Lancers responded less than a minute later with a tally from Zachary Plucinski, tying the score at 1-1.

Omaha took control by outscoring the Lumberjacks 3-0 during the second period, with goals from Grant Anderson (8:11), former Lumberjack Ryan Sorkin (12:43) and Brian Silver (15:54).

There was no scoring in the third period.

“We played hard and had some chances,” said Hamilton. “We need to just clean some things up if we want to get a win tomorrow.”

The Lumberjacks outshot Omaha by a 24-21 margin.

The Lumberjacks failed to score on all four of their power play opportunities, while Omaha was 1-for-3 with the man advantage.