Lauren Ross scored 29 points, grabbed 15 rebounds, dished out four assists and had three steals to the lead the Reeths-Puffer girls basketball team to a 51-44 win over Grand Rapids West Catholic on Friday night.

The Rockets also had a strong performance from Sophia Hekkema with eight points, four rebounds and three assists.

KENT CITY 81, LAKEVIEW 28 – The Eagles knocked down 13 three-point shots and won their second conference game of the season.

Kent City wasted no time on the offensive end, leading 25-4 after one quarter and taking a commanding 61-11 advantage into the halftime break.

The Eagles continued their domination, outscoring Lakeview 14-6 in the third frame.

The Eagles remain perfect on the season, improving to 5-0 overall and 2-0 in conference play.

Kent City will square off against Kalamazoo Christian tomorrow at 5:30 at Cornerstone University.

FREMONT 39, BIG RAPIDS 33 – An 18-5 fourth quarter tear propelled the Packers to a victory on Friday night.

Fremont trailed 9-7 after the first quarter, 18-10 at halftime and 28-21 through three quarters before going on its run during the final stanza.

The Packers are now 3-3 overall and 2-0 in conference play.

Muskegon Catholic were paced by Claire Lavigne with six points while both McKenna Gentry and Jai Lyn Johnson had five points each.

The Crusaders are now 0-5 overall and 0-2 in conference action.

LUDINGTON 35, WESTERN MICHIGAN CHRISTIAN 23 – The Orioles trailed 13-9 after the first quarter, then had a strong second quarter to take a 19-17 lead going into the halftime break.

Ludington outscored the Warriors 6-4 in the third frame and 10-2 during the last quarter.

Hailey Stowe and De’Lahna Porter had 12 points each for the Orioles while Porter grabbed 11 rebounds.

The Warriors were paced by Kyla Johnson with 12 points while Taylor Folkema added seven.

Ludington improved to 3-1 overall and 2-0 in conference play, while the Warriors fell to 2-3 on the season and 1-1 in league action.

SHELBY 43, HART 33 – The Tigers jumped out to a 13-2 lead in the first and carried it to a 24-6 advantage at halftime. Shelby then outscored the Pirates by a 12-6 margin during the third frame.

The Tigers improved to 5-1 overall and 4-0 in conference play.

RAVENNA 42, NORTH MUSKEGON 22 – Anna Postema paced the Bulldogs to a victory with a game-high 17 points.

Ravenna led the Norse by eight points heading into the half at 20-12 and extended that lead significantly in the second half. The Bulldogs outscored North Muskegon 11-2 during the third quarter and 11-8 in the fourth stanza.

Haley Lemkie added 11 points for the Bulldogs while Laney Mabrito had four points and 10 rebounds.

The Norse were led by Chandler Falkowski with eight points and 16 rebounds, while

Ravenna improved to 3-3 overall and 1-3 in conference, while the Norse dropped to 2-3 on the season and 1-3 in league play.

SPARTA 47, FRUITPORT 30– The Trojans struggled offensively in the first half, trailing 21-6 after two quarters. In the second half, Fruitport couldn’t close the gap.

Fruitport is now 4-1 on the season.

The Lakers are now 1-4 overall on the season. 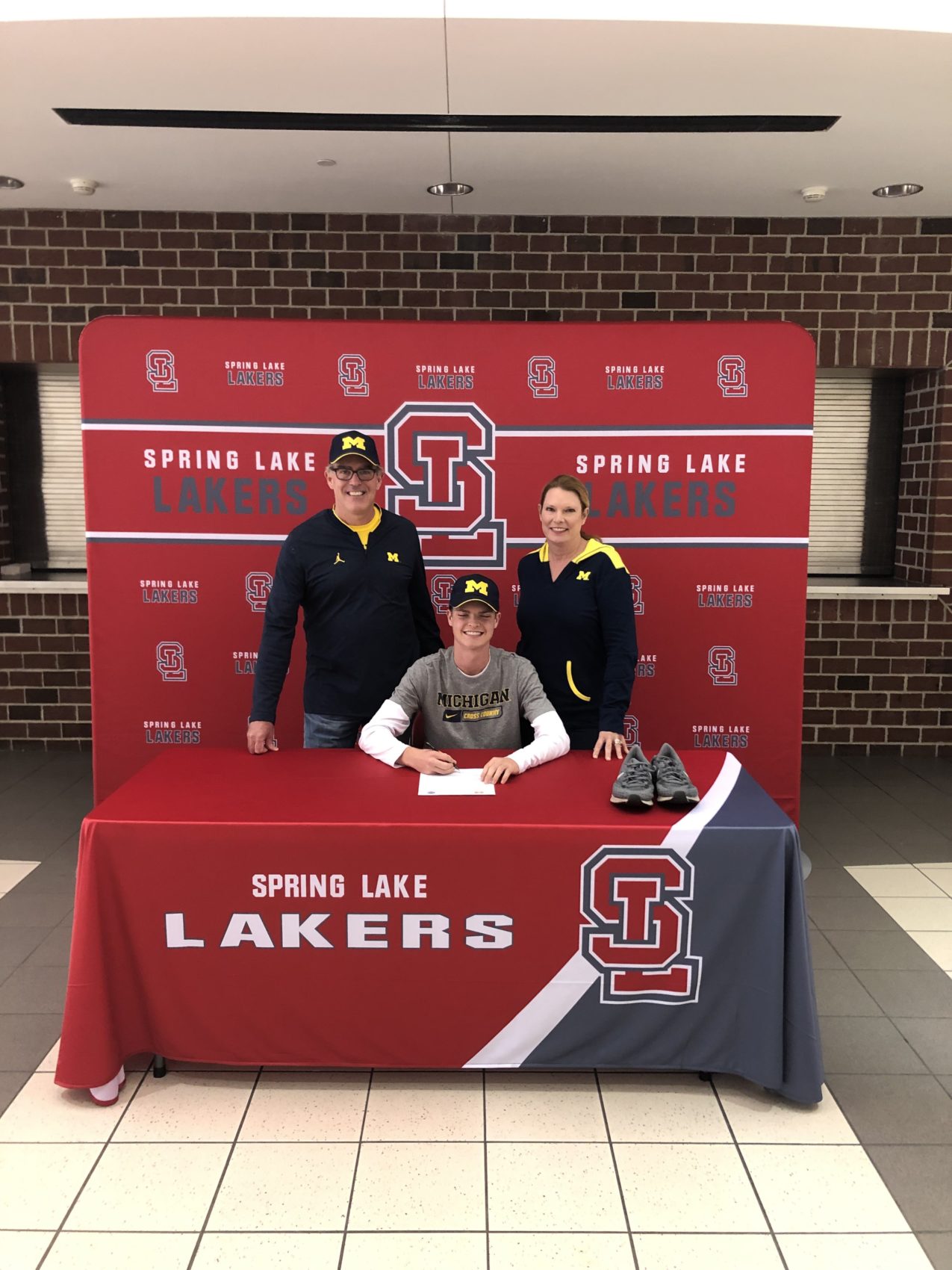 Ian Hill of Spring Lake is headed off to Michigan

LSJ preview: Shelby shooting to be a football school too