RAVENNA – Calvin Schullo sure has a way of coming up big when his school needs him the most. 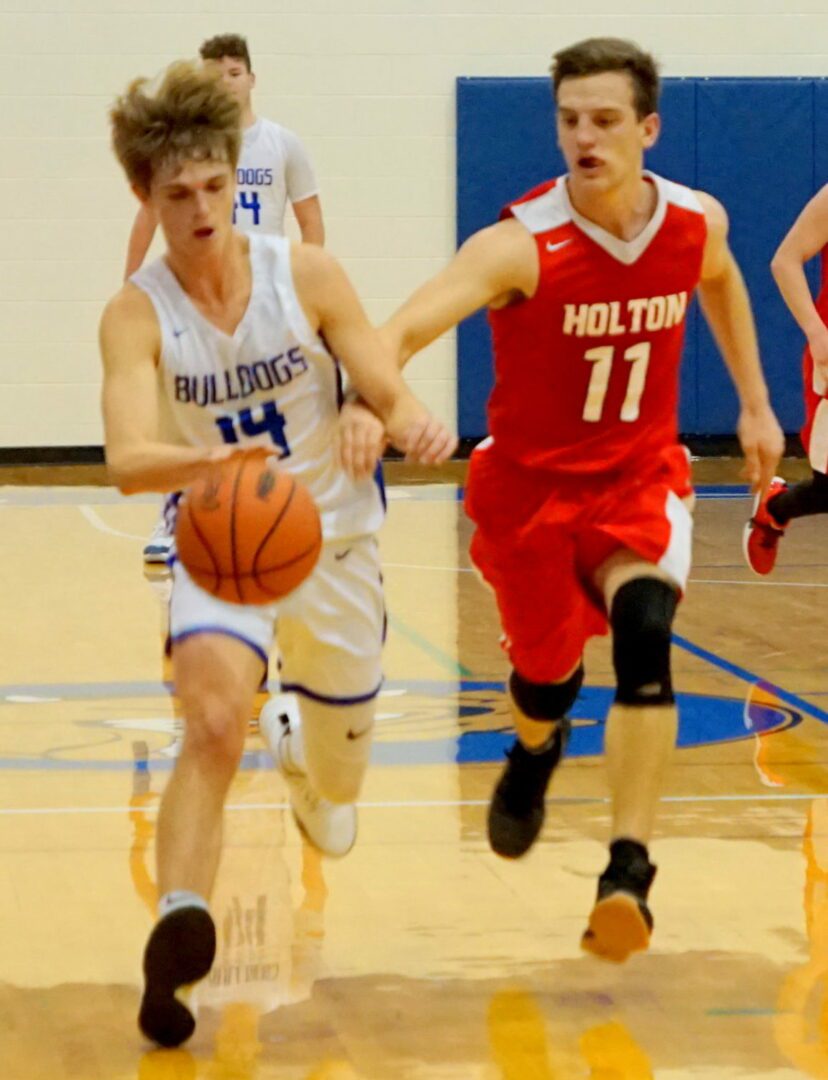 In football, All-State receiver Josh Cox was lost for the season due to an opening-game injury, but Schullo stepped up as the highlight receiver, had an All-State season of his own, and helped Ravenna advance to the second round of the state playoffs.

Schullo was quiet for three quarters on Friday, scoring only four points, and Ravenna trailed Holton by four headed into the final quarter.

But then the senior forward woke up, pouring in 13 points down the stretch as Ravenna rallied for a 58-48 non-conference victory on its home court in the first game back from Christmas break.

“With a guy like Schullo, we don’t need to draw up offensive plays on the board,” said first-year Ravenna Coach Courtney Kemp. “When a guy works that hard he just finds the ball, and you kind of just turn him loose. We have other guys who we can count on, too, but tonight it was Calvin who brought the energy.”

The victory gave Ravenna a perfect 5-0 record to start the season. That may surprise some people, since the Bulldogs only returned two starters from last year-s 15-7 squad, lost former head coach Justin Johnson to Mona Shores, and is playing all season without Cox, who is also a basketball standout.

“So far, so good,” Kemp said. “We go to battle with the guys we have, and these guys bring it every game and every practice.”

The game was ugly in the first half, with both teams missing lots of shots and committing their share of sloppy turnovers. 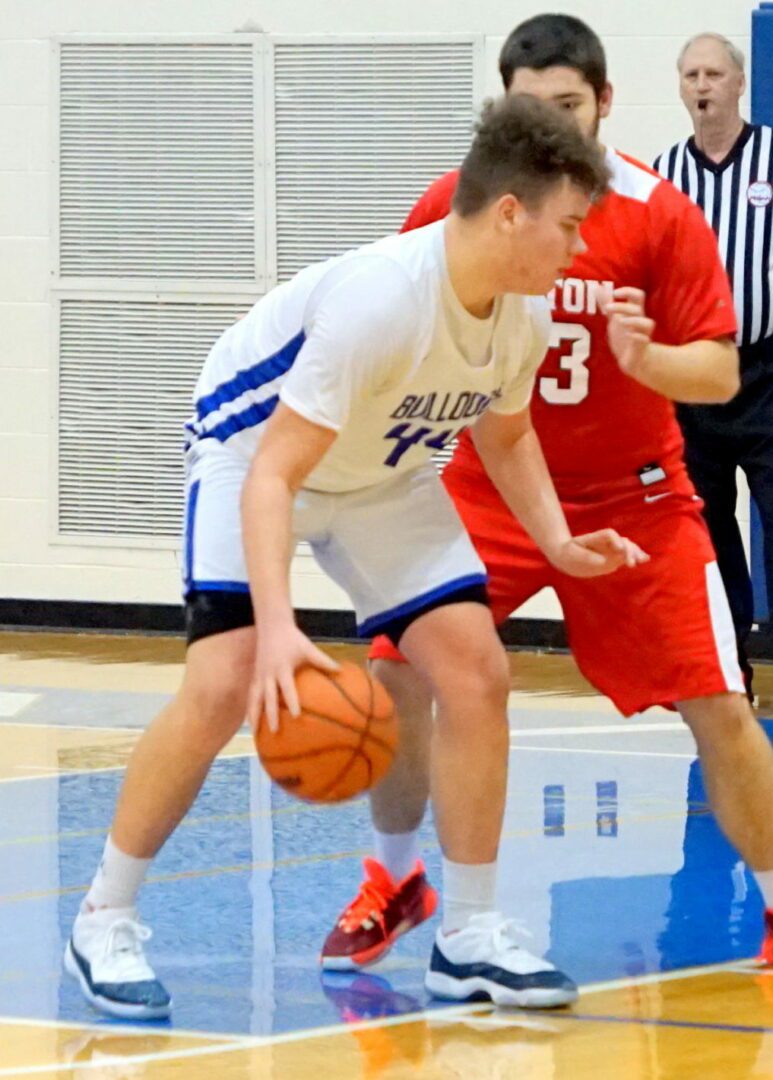 Trevor Sterken works in the post with the ball for Ravenna. Photo/Leo Valdez

Lukas Ramaekers netted six points in the first quarter, helping Holton grab a 12-9 lead at the buzzer. Ravenna pulled even in the second quarter, led by Jacob May’s five points, and the score was knotted 20-20 at halftime.

Holton got hot in the third quarter, outscoring the Bulldogs 18-14. The Red Devils collected 3-pointers from Drew Trygstad and Nathan Slowik, then Wyatt Monette nailed one at the buzzer to give the visitors a 38-34 lead.

But then Schullo and his teammates came to life, turning an otherwise listless performance into a comfortable win.

Ravenna opened the fourth quarter with an 11-0 run, sparked by a layup by Hunter Funk, a 3-pointer from Conner Kilbourne, and a three-point play, a free throw and a driving layup by Schullo, and suddenly the Bulldogs led 45-38.

Holton answered with triples by Monette and Aiden Poling to pull within three points, 47-44, with 4:37 remaining. But Schullo countered that with a 3-pointer of his own, sparking an 11-4 Ravenna run that ended the game.

Schullo finished the fourth quarter with one triple, four field goals and two free throws. He ended up with a game-high 17 points. May totaled 15 for Ravenna while Funk added eight.

Ravenna made 8 of 13 shots from the floor in the fourth and sank six of eight free-throw attempts. That was far better than the first three quarters, when the hosts only made one of six shots from the line.

“We have to be cleaner, starting with myself,” Kemp said. “I didn’t have the guys as prepared as I should have. We’ll take the victory and go back to the drawing board and clean things up.”

Ramaekers led Holton with 14 points while Slowik totaled 12 and Poling had nine. The Red Devils fell to 2-3 on the season. 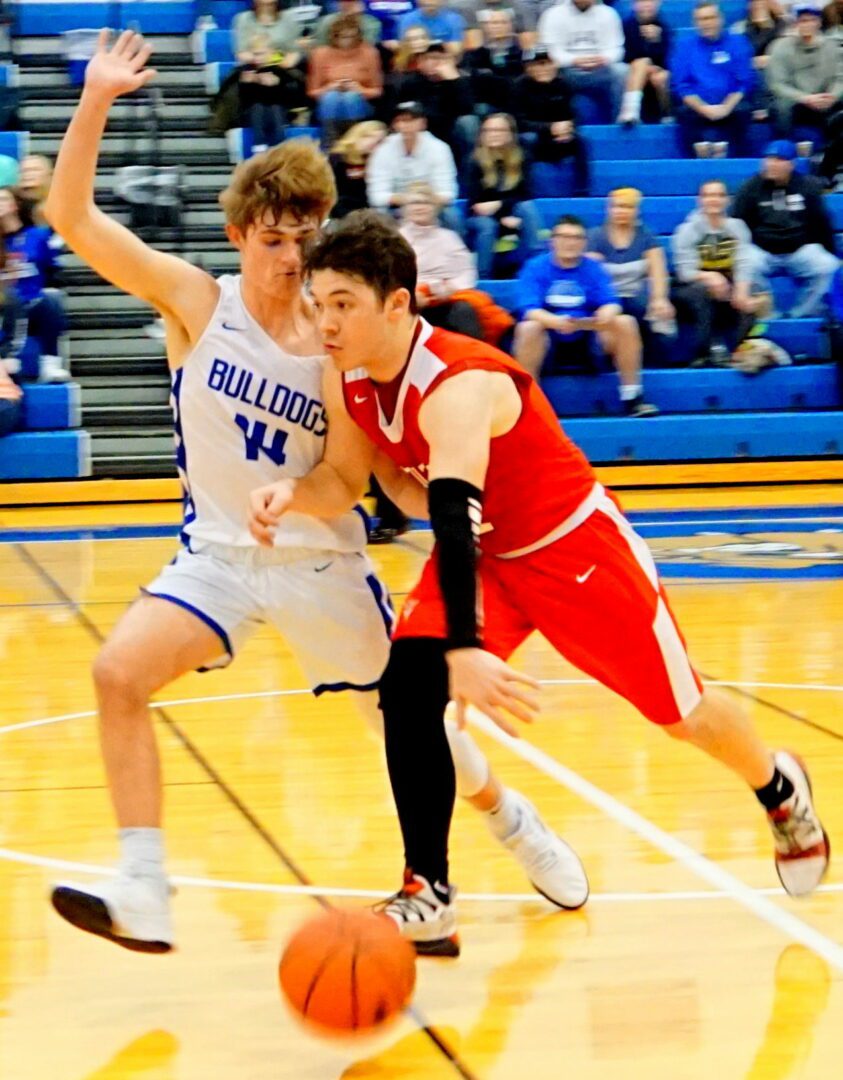 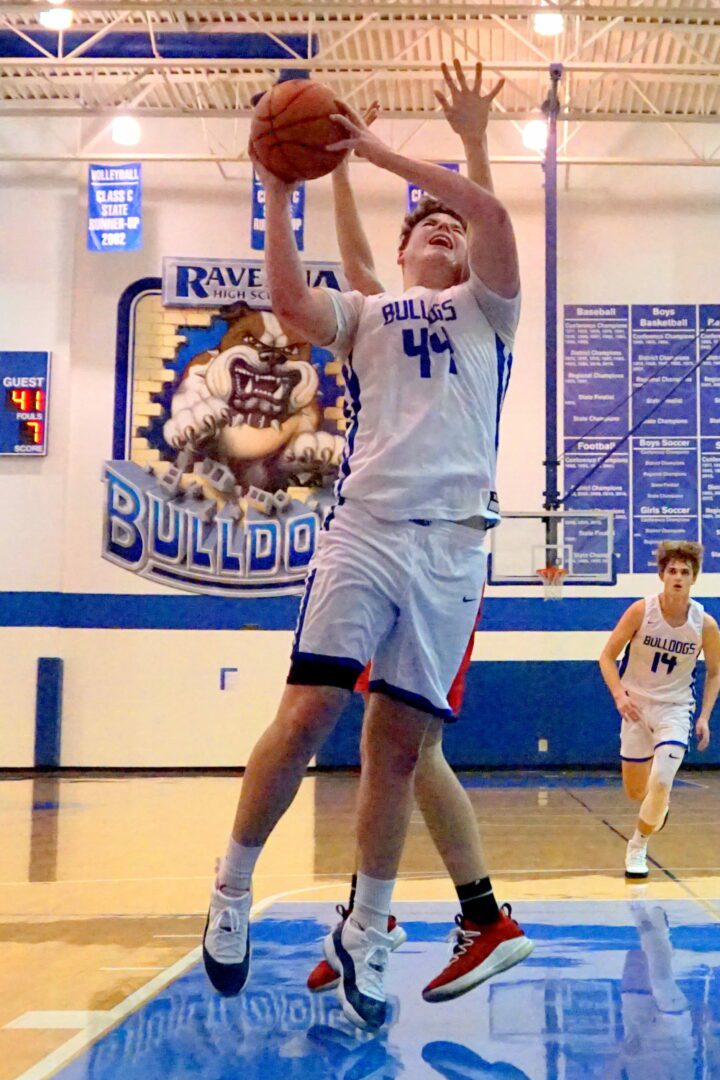 Hunter Funk goes up for a Ravenna layup. Photo/Leo Valdez 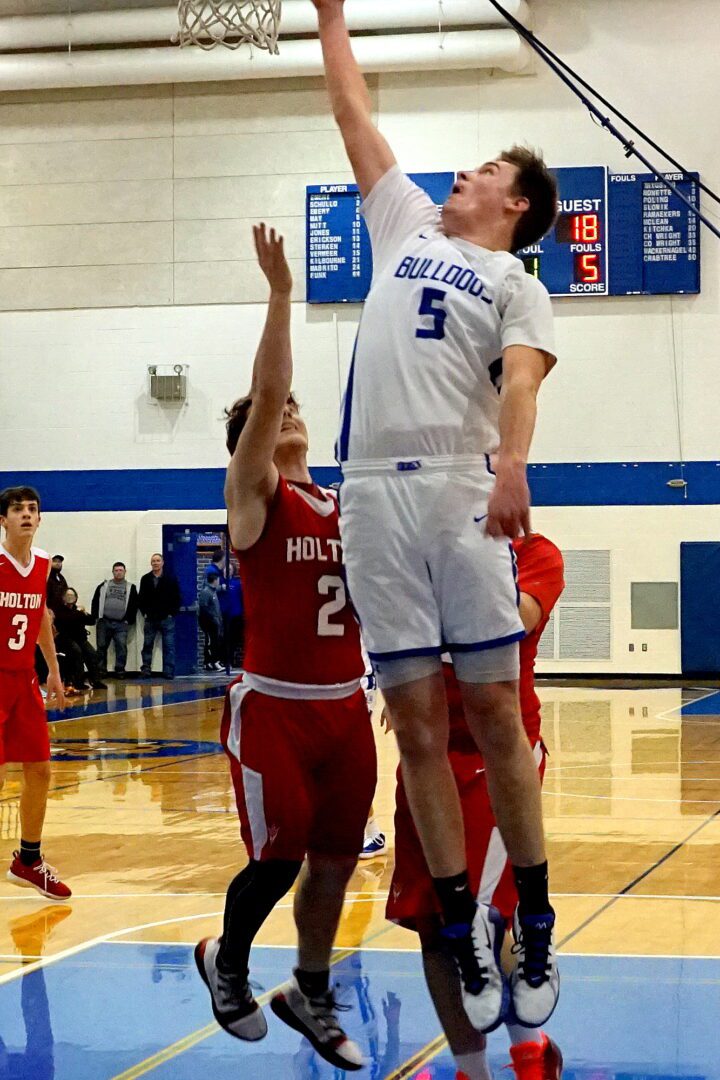 Jacob May puts up two points for Ravenna. Photo/Leo Valdez

Florez, Meyers find the back of the net, leading Oakridge past Orchard View in soccer