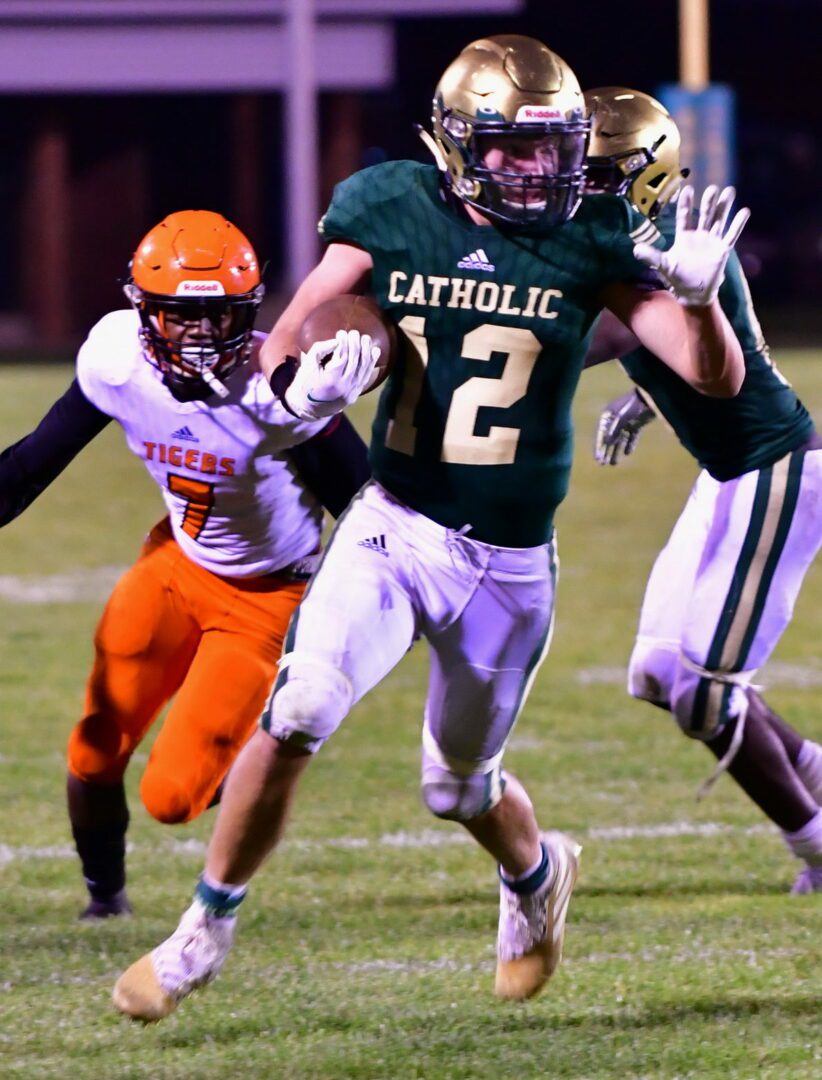 Tommy Kartes gets ready to put up a stiff arm for MCC. Photo/Michael Banka

The Crusaders opened the scoring with a 30-yard field goal with 5:11 left in the first quarter to make it 3-0.

Kartes scored his first touchdown with 4:07 left in the first quarter from 12 yards out. The ensuing PAT made the score 10-0.

Benton Harbor scored a pick-six with 43 seconds left in the first half. A missed PAT left the score 10-6 going into the half.

With 4:03 left in the third quarter, Kartes punched a touchdown in from two yards out to make it 17-6.

Kartes scored two more times in the fourth, with touchdowns from three and five yards out, to make it 31-6. Joe Waller added a 29-yard rushing touchdown with 5:13 left in the game for MCC to make it 38-6.

Kartes finished the game with 144 yards on 20 attempts, while Waller finished with 79 yards on 13 attempts.

Muskegon Catholic is now 2-0 on the season. 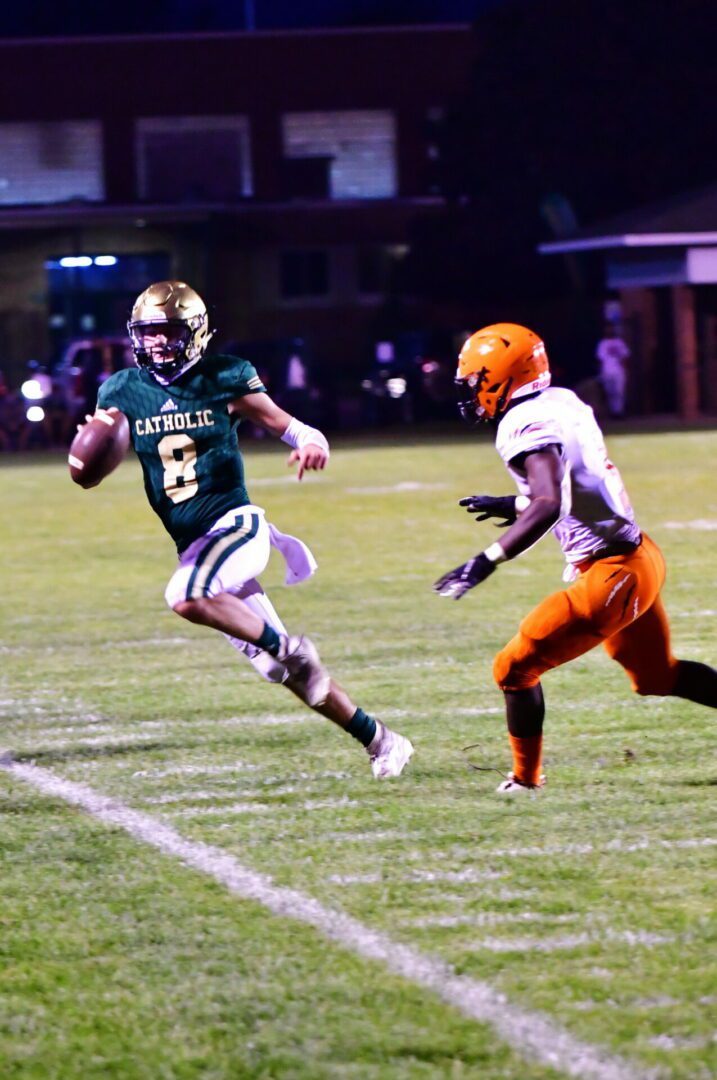 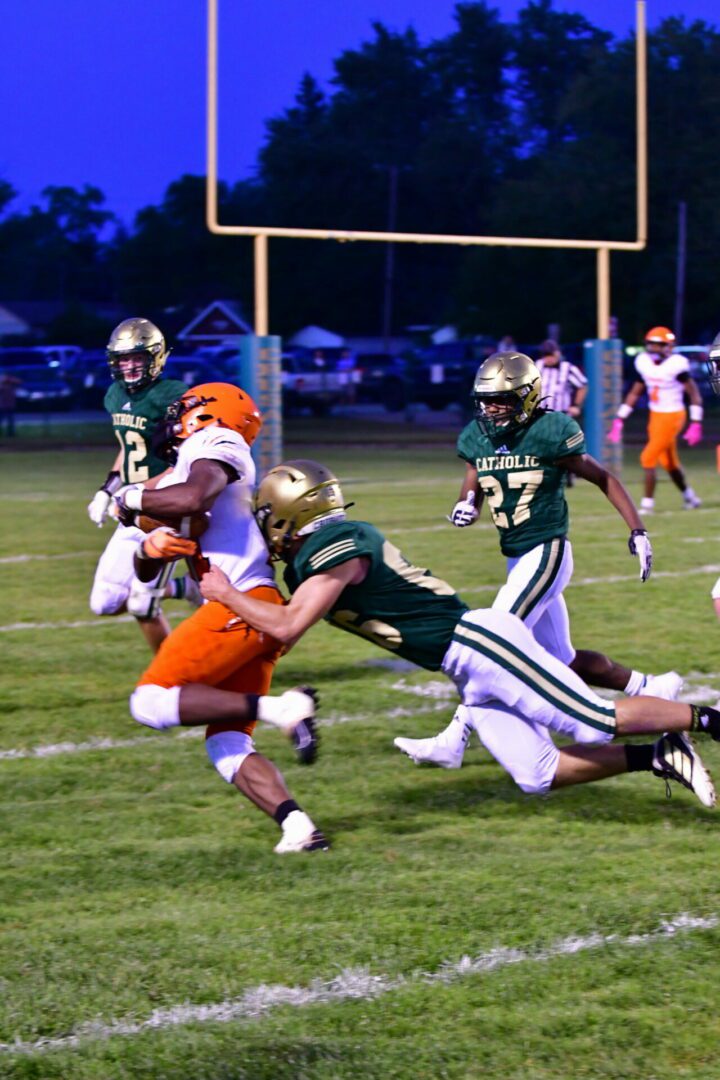 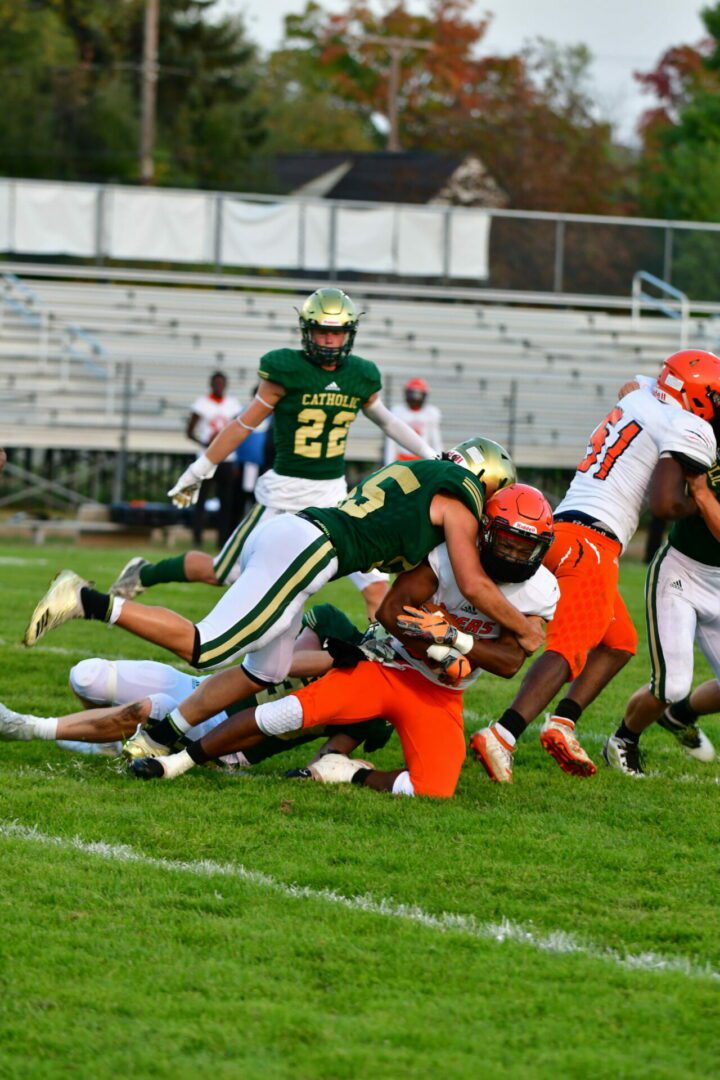 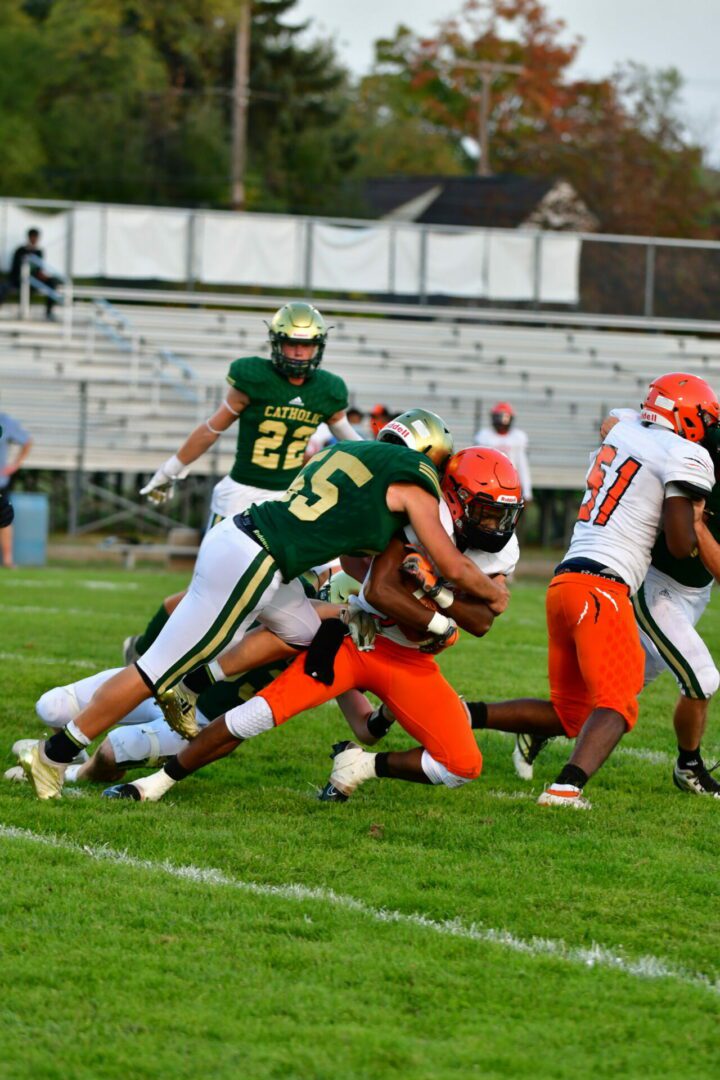 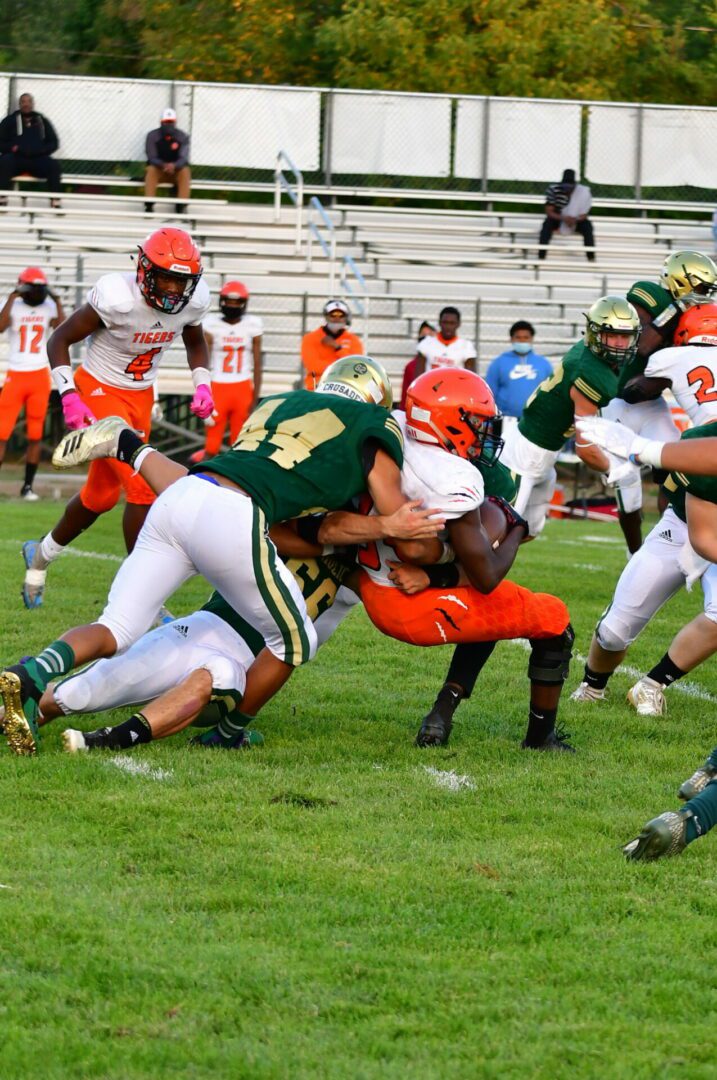 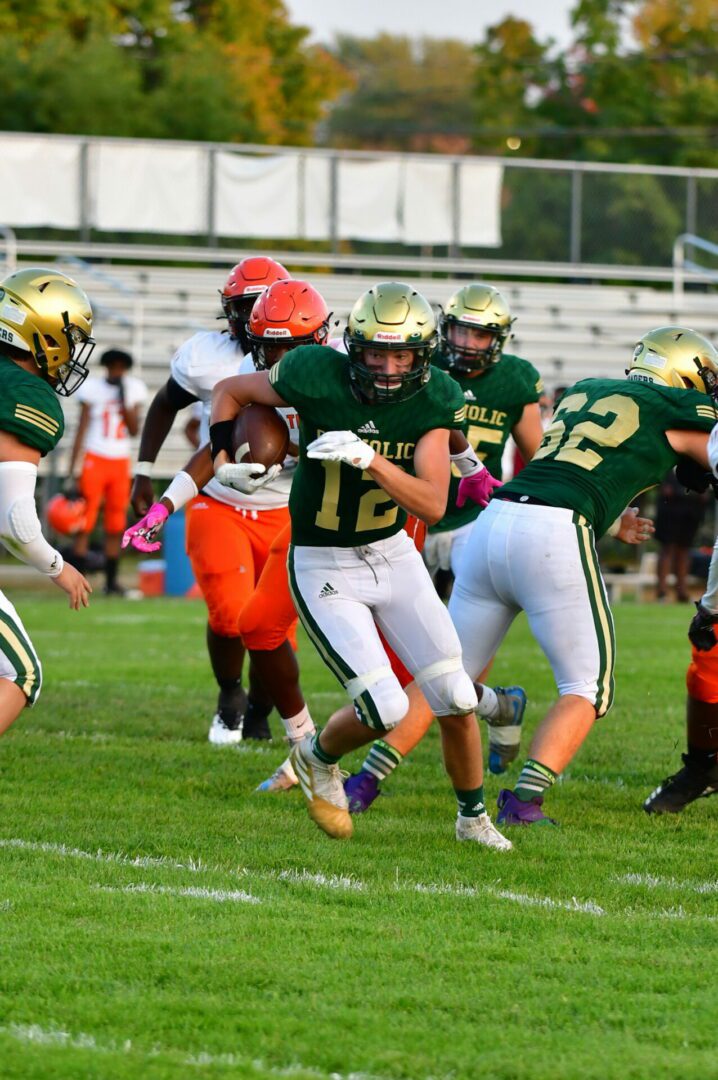 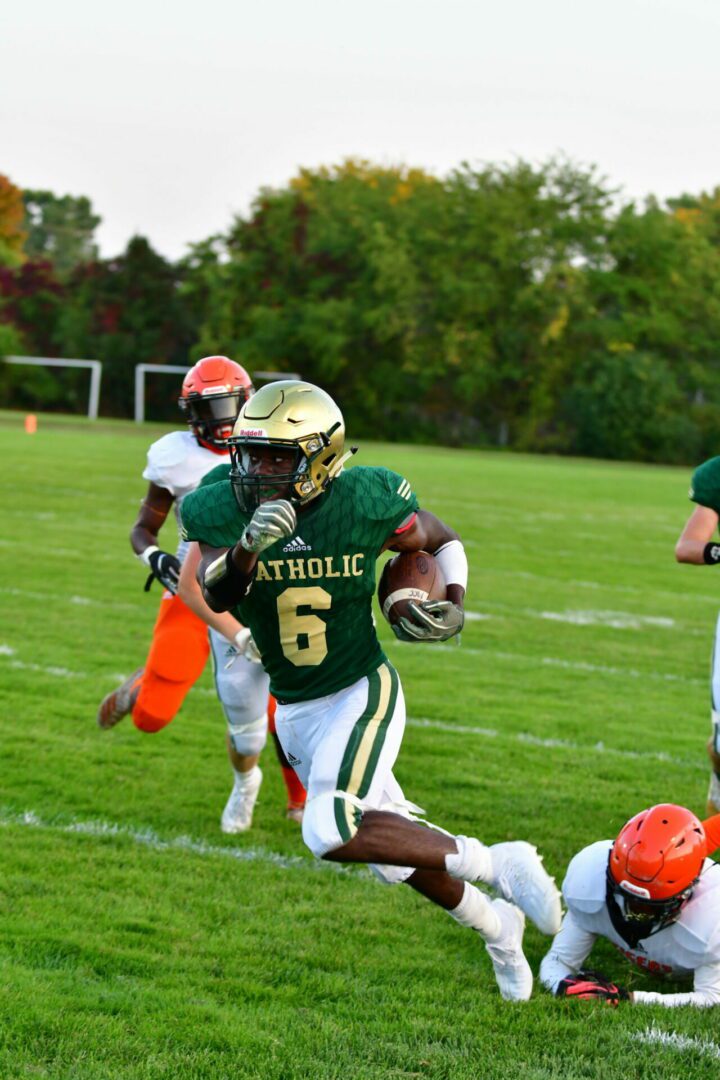 Joe Waller rushes the past the Benton Harbor defense in Week 2. Photo/Michael Banka 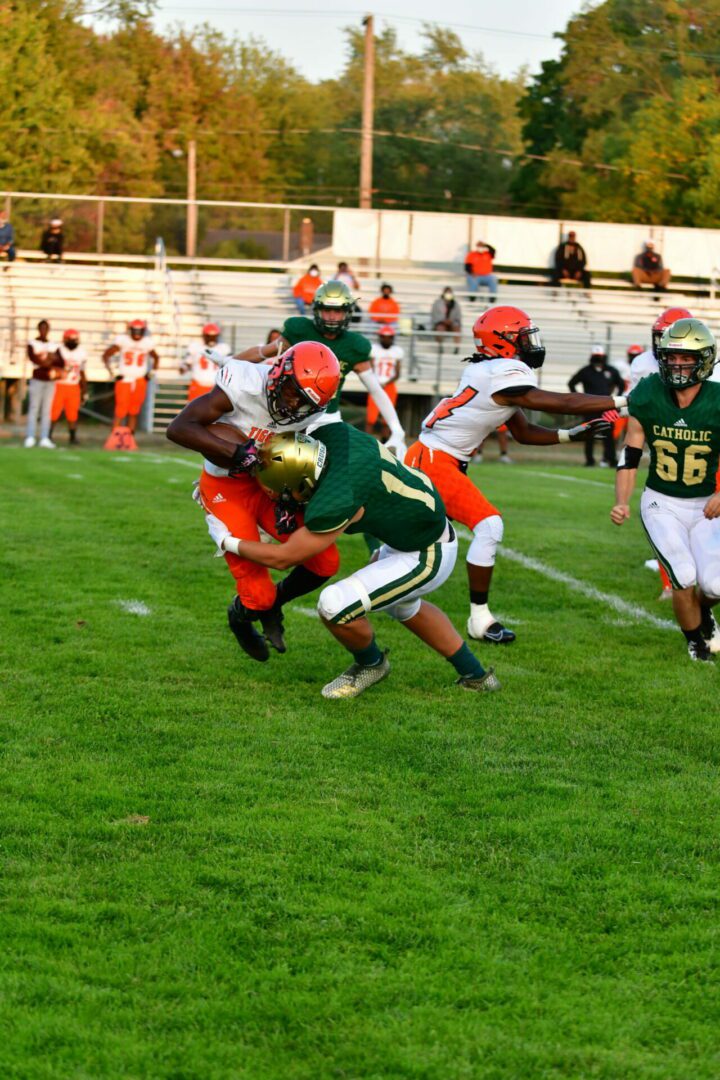 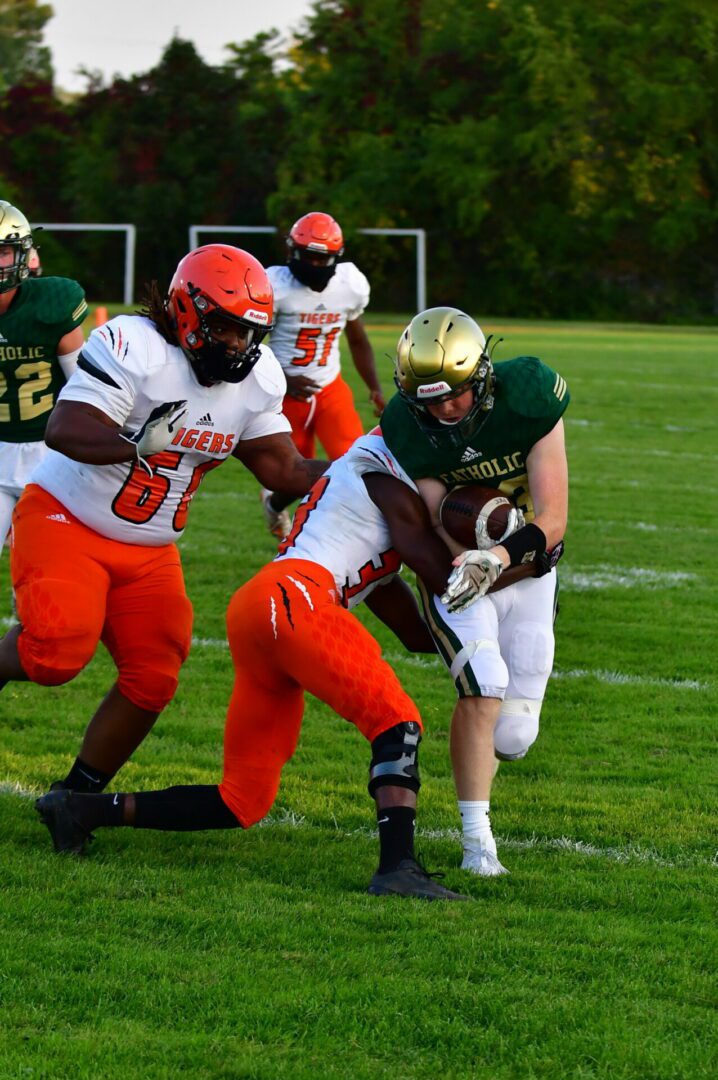 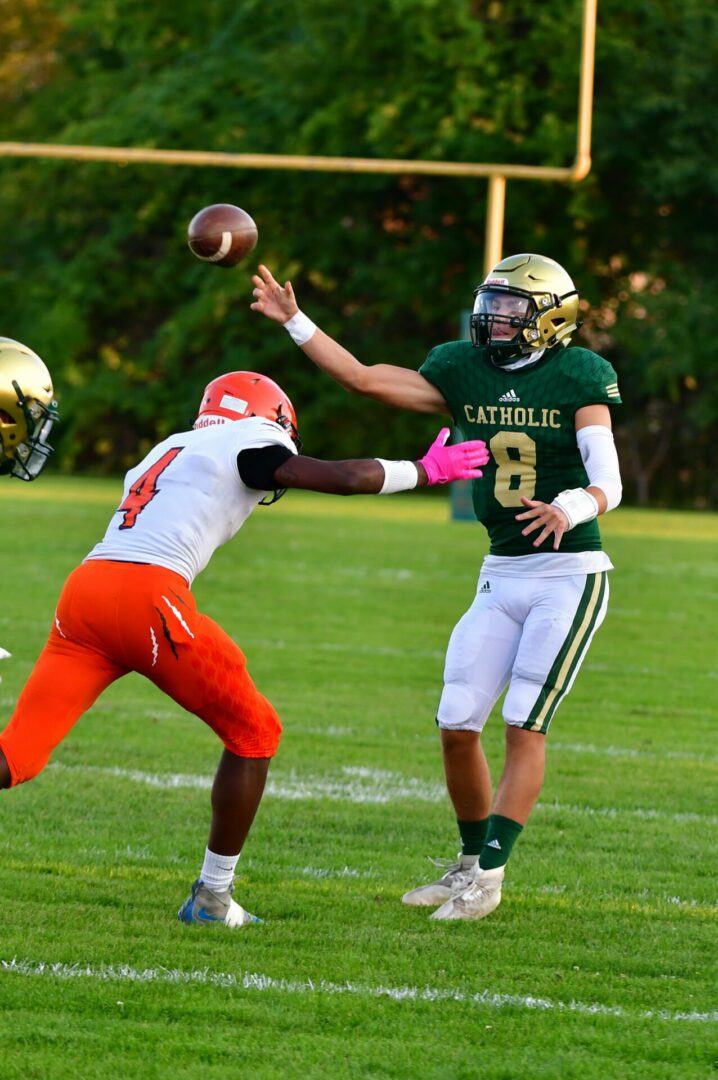