MUSKEGON – If you didn’t know any better, you might think those kids on the Western Michigan Christian soccer team were the same ones

They looked that good in a 6-0 victory over Orchard View on Thursday in a Lakes 8 Conference clash on WMC’s home field. 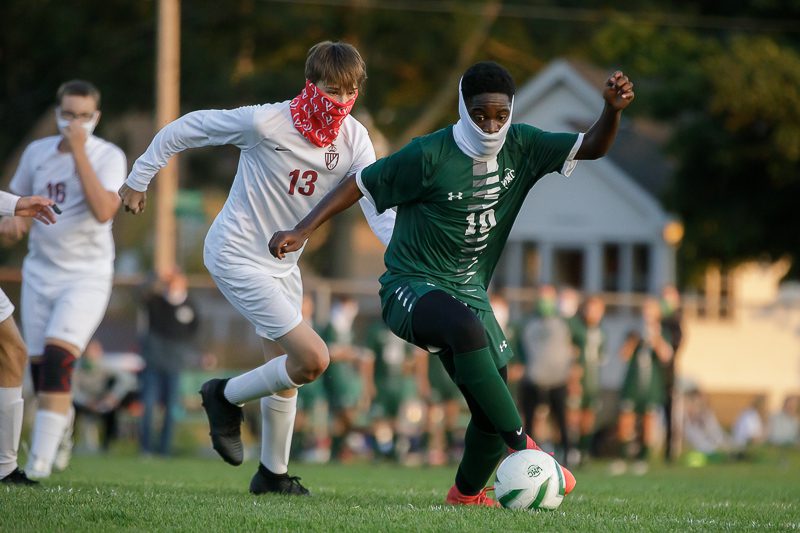 Lulo Mafahla controls for WMC with No. 13 Carter Keklar betting back on defense. Photo/Randy Riksen

But this isn’t the same crew at all. Only three of the current Warriors started on the team that went all the way to the Division 4 state title in 2019.

But as Orchard View Coach Kyle Skodack put it, “It’s Christian. You expect it. They seem to reload every year.”

WMC improved to 4-0 on the season and 4-0 in conference play. That’s a pretty amazing start for a team that lost a ton of talent to graduation in June.

“There have been a few challenges, and on any given night any team can be dangerous,” said first-year WMC Coach Ben Buursma. “But I’ve been pleased with the way the boys have been playing. Except for a few tough moments, we’ve had a very good season so far.”

The Warriors were dominant offensively, outshooting the Cardinals 23-2. They kept the ball in the Orchard View zone for most of the contest, and showed off a diverse attack with five different players scoring goals.

“We spread (the scoring) around quite a bit today,” Coach Buursma said. “Before today we had three or four guys scoring the goals, and that’s a good number.” 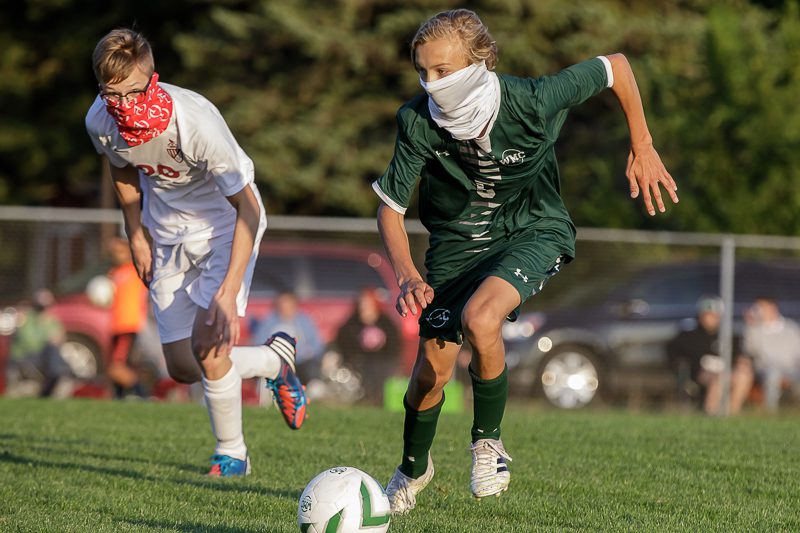 Brandon Eenigenburg led off the scoring with a goal about nine and a half minutes into the contest.

Mafahla made it 2-0 about nine minutes later when he broke in on goal alone, catching OV goalie Dakota Palencar out of his box, and unleashed a shot. Palencar got back in front of the net just in time and made a great save, but the ball just managed to get over the goal line.

Rajbir Ghotra scored with 23:07 left in the first half to make it 3-0 at halftime.

Charlie Buursma scored just over seven minutes into the second half, then Mafahla made it 5-0 with his second goal about five minutes later.

Aiden Kenny rounded out the scoring with a goal with 9:02 left in the game.

Orchard View fell to 0-4 overall and 0-2 in conference play. It’s been a tough season so far for the Cardinals, who have won four district championships in the past five seasons, but face a rebuilding project with only one starter – Palencar – returning from last season.

“We are basically a brand new team,” Coach Skodack said. “We’re super young. We have four seniors and four juniors, and the rest are freshmen and sophomores who have no prior varsity experience. Every game we learn.

“We were due for a rebuilding year. We’re going to take our licks this year, and hopefully by district time we will be clicking. I think we will. We have improved every game.” 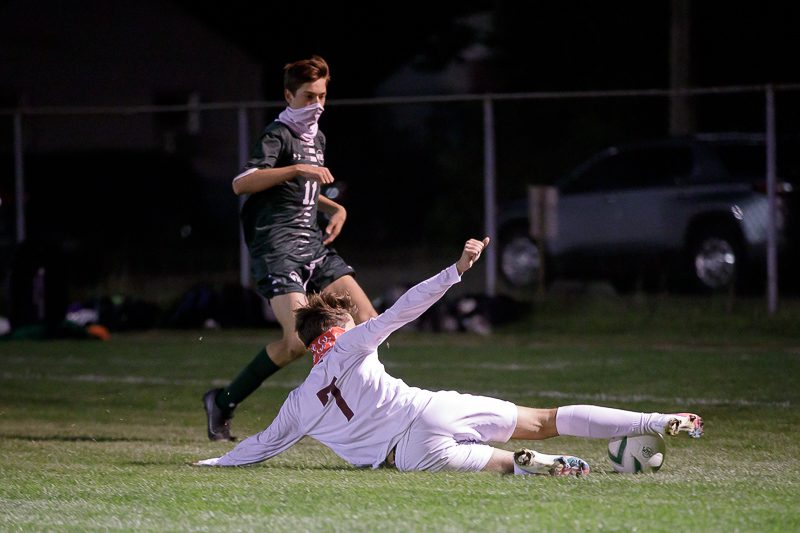 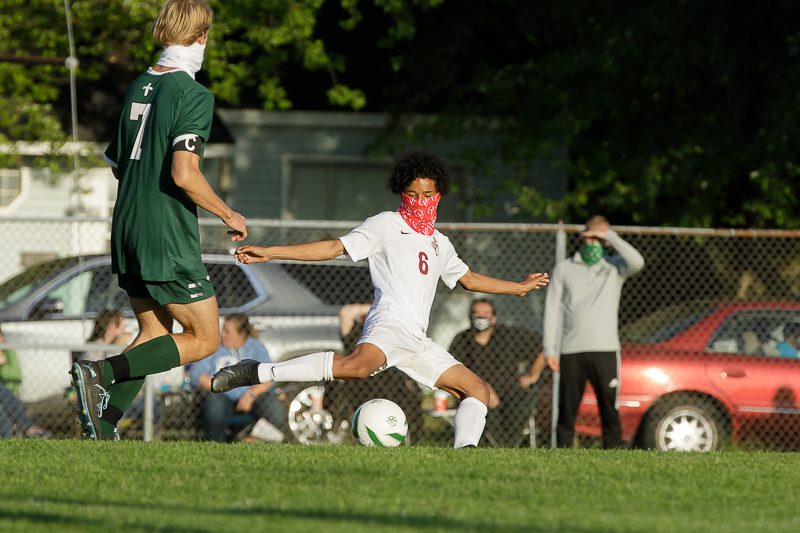 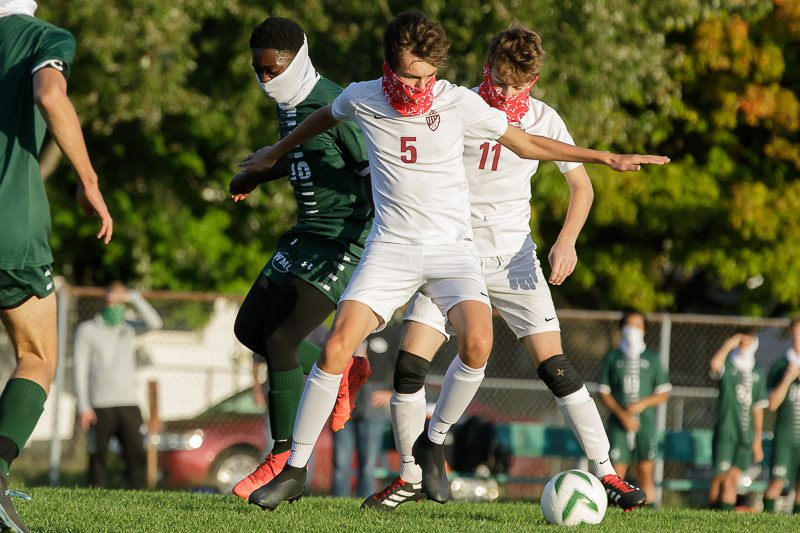 Trent Beerman fights for the ball as teammate No. 11 Zandir Wescott gets in front of WMC’s Lulo Mafahla. Lulo Mafahla controls for WMC. Photo/Randy Riksen 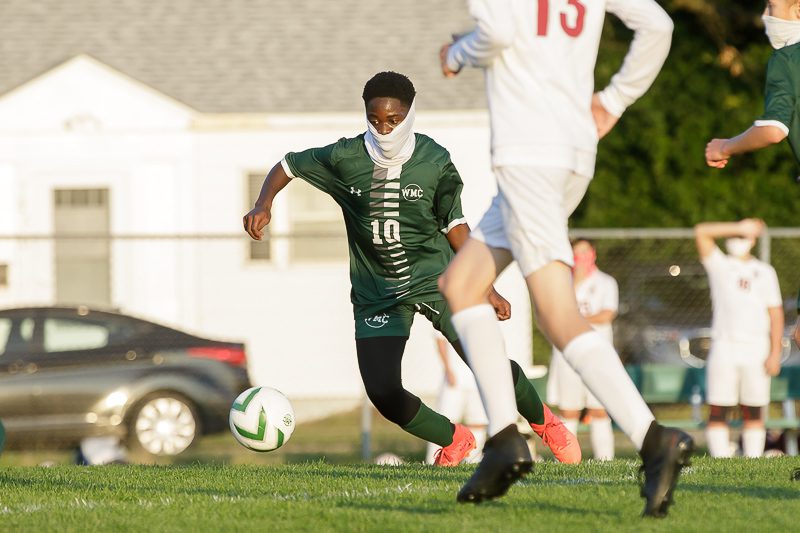 Grant pulls away from Orchard View in second half