Cam Berg found his scoring touch after trade to Lumberjacks, now near the top of the league scoring race 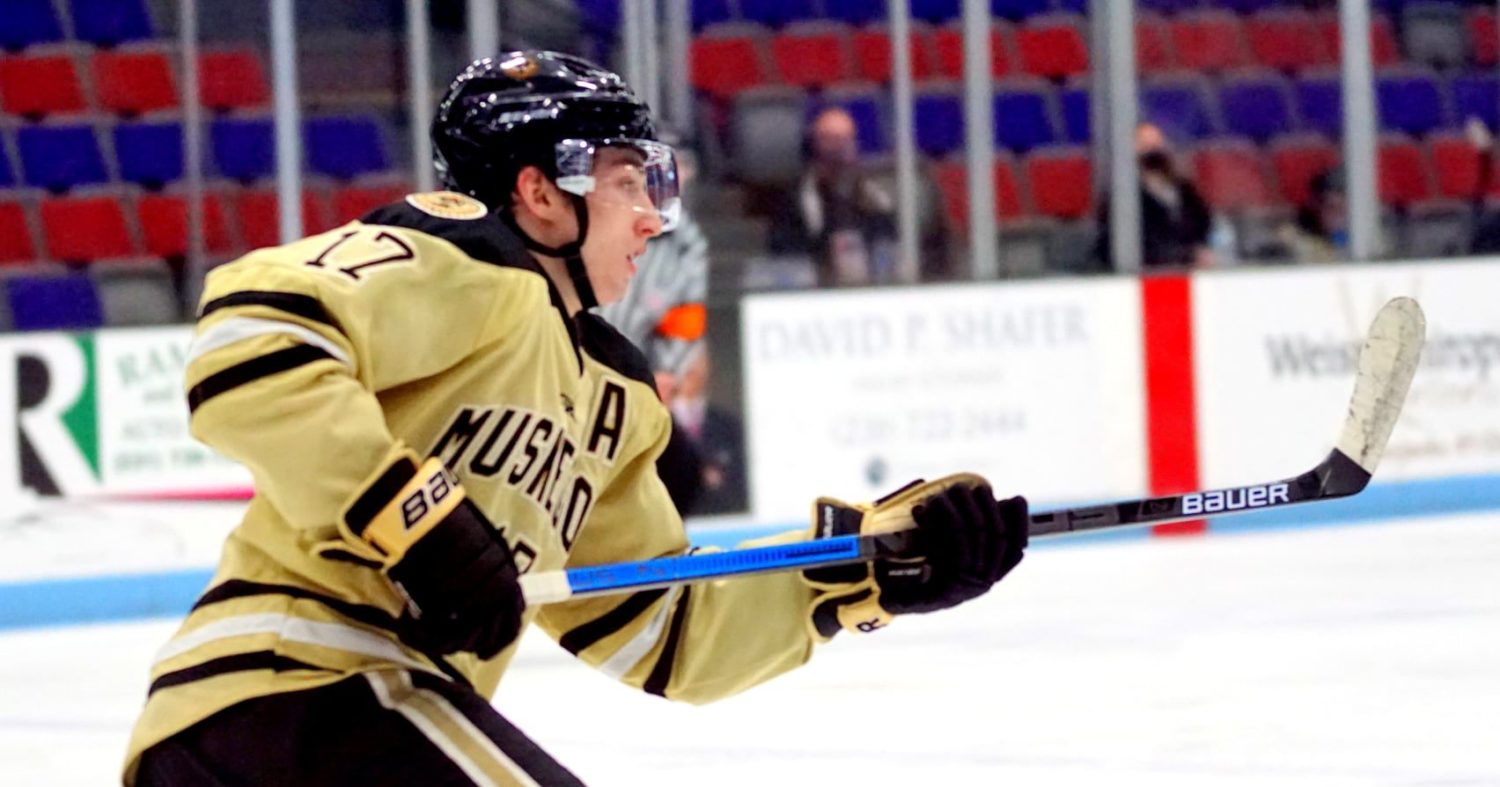 MUSKEGON – In the second half of the 2019-20 season, Cameron Berg proved that he could score a lot of goals against elite competition, and it’s hard to imagine

anyone in the hockey scouting world not noticing.

But if they noticed, they were obviously not impressed enough, because when the National Hockey League draft rolled around last October, Berg was not selected by a big league team. 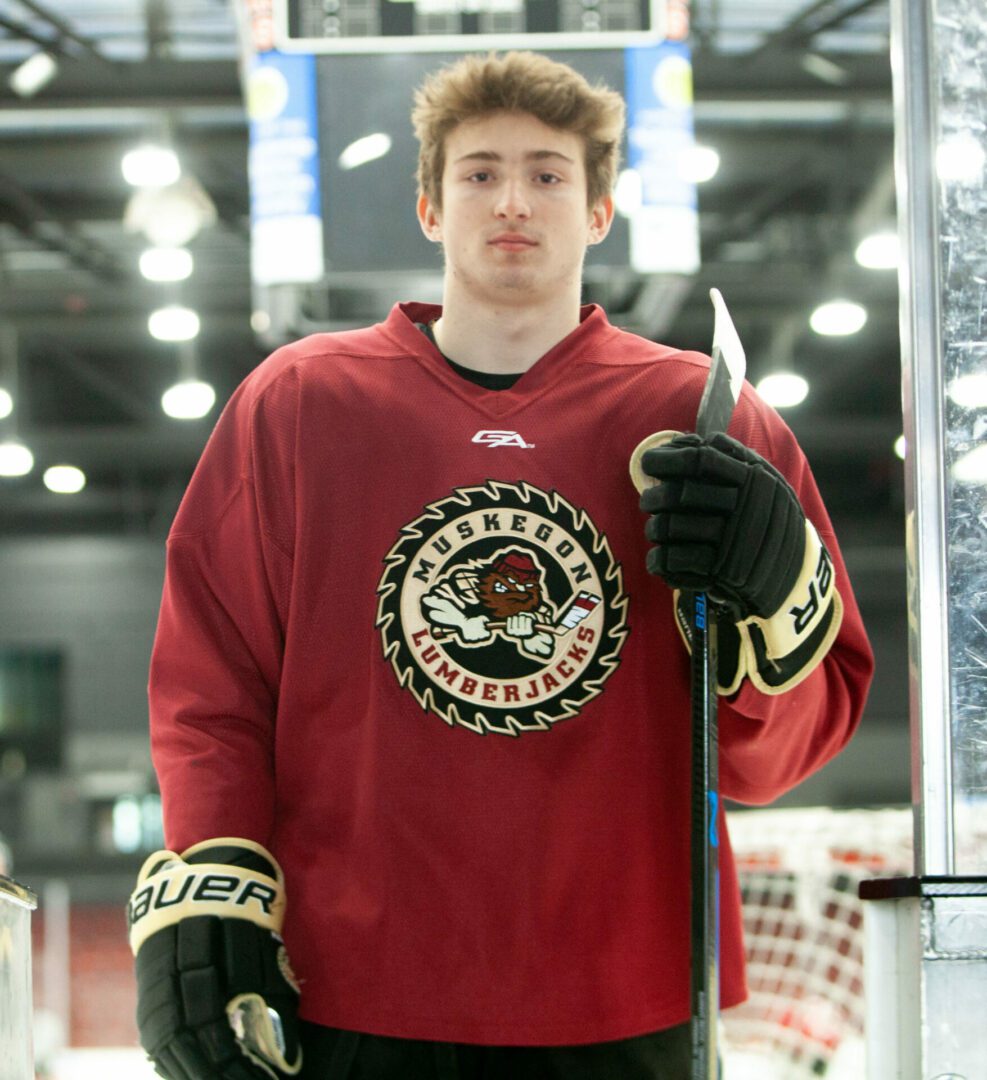 The Muskegon Lumberjacks forward didn’t let the snub get him down. Instead he used it as motivation to continue his hot scoring pace, and that’s exactly what he’s done this season.

Through 21 games, Berg leads the Lumberjacks with 16 goals and 14 assists for 30 points. That type of production has put him near the top of the United States Hockey League scoring race.

Berg is currently tied for second in the league in goals, and is fourth in points. The leader in both categories is Chicago’s Matt Coranato.

Berg, who will lead the Jacks this weekend in a two-game home series against the Team USA Under-17 squad,  says he was mildly disappointed about being passed up in the draft, and admits it gave him extra incentive this season.

“I thought maybe there was a chance, but I didn’t really expect anything,” said Berg, 18, a native of Fargo, North Dakota. “It’s always disappointing to have something not happen, and it’s definitely motivation to show what they missed out on.”

Berg came to the Lumberjacks in a trade with the Omaha Lancers last November. The Jacks’ main target in the deal was talented forward Rhett Pitlick, the younger brother of former Lumberjacks great Rem Pitlick.

Berg was a toss-in part of the deal, and his statistics at the time show why. In 2018-19 with Omaha, he had only three goals and seven assists, and in 2019-20, before the trade, he had only two goals and two assists.

But once in Muskegon, Berg took everyone by surprise when he started scoring the way he always knew he could. He finished the season with 18 goals and 12 assists, and would have had more if the season hadn’t been cancelled in March due to the pandemic. 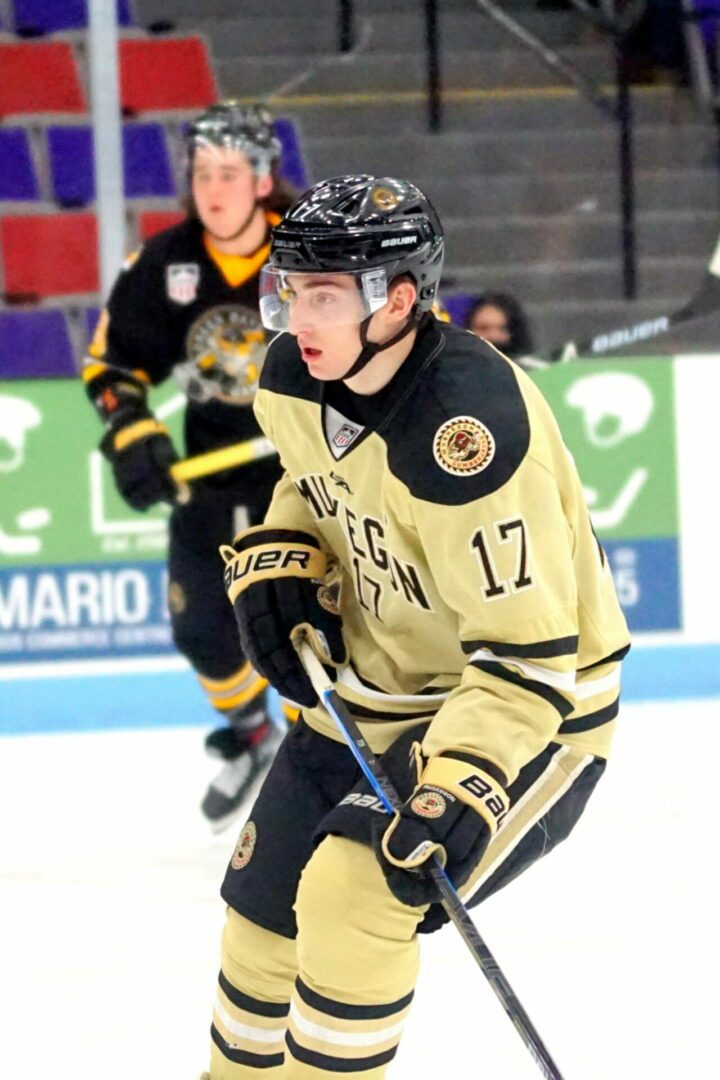 No. 17 Berg tracks the puck during a Lumberjacks game against visiting Green Bay on January 16. Photo/Leo Valdez

Suddenly Berg was one of the main offensive building blocks of this season’s team, and he has more than lived up to expectations.

It’s now clear that Berg was by far the most valuable acquisition in the 2019 trade. Earlier this week the Jacks traded Pitlick (7 goals, 7 assists this season) to Tri-City, based on his request.

“There was more opportunity here,” he said. “There was more playing time, and I got to showcase my abilities more. I know the west is more structural stuff. Here you can play with a little more skill. You can skate east and west, rather than just north and south. You can move the puck side to side more often. If you like to make moves instead of just skating down the ice, here you can make a move and make a play.

“It’s always fun to find the back of the net. I wouldn’t say I was frustrated (in Omaha). I was just kind of waiting for an opportunity.”

“He was the guy who was the throw-in in the deal for Pitlick,” the coach said. “We knew we were getting a player who could score goals, but things were not working out for him in Omaha. From our side he came in, took the opportunity and ran with it.”

Hamilton also said Berg has become more than a big scorer since he arrived in Muskegon. He has developed into a more complete player and a leader, and was named an alternate captain at the start of the season.

“Everyone knew he had an NHL shot, but we didn’t know how quick he would transform his game and become strong defensively,” the coach said. “He’s been providing leadership and energy. He went from being a guy who just scored goals to being responsible in all areas of the game. We couldn’t be happier that he’s a part of the team.” 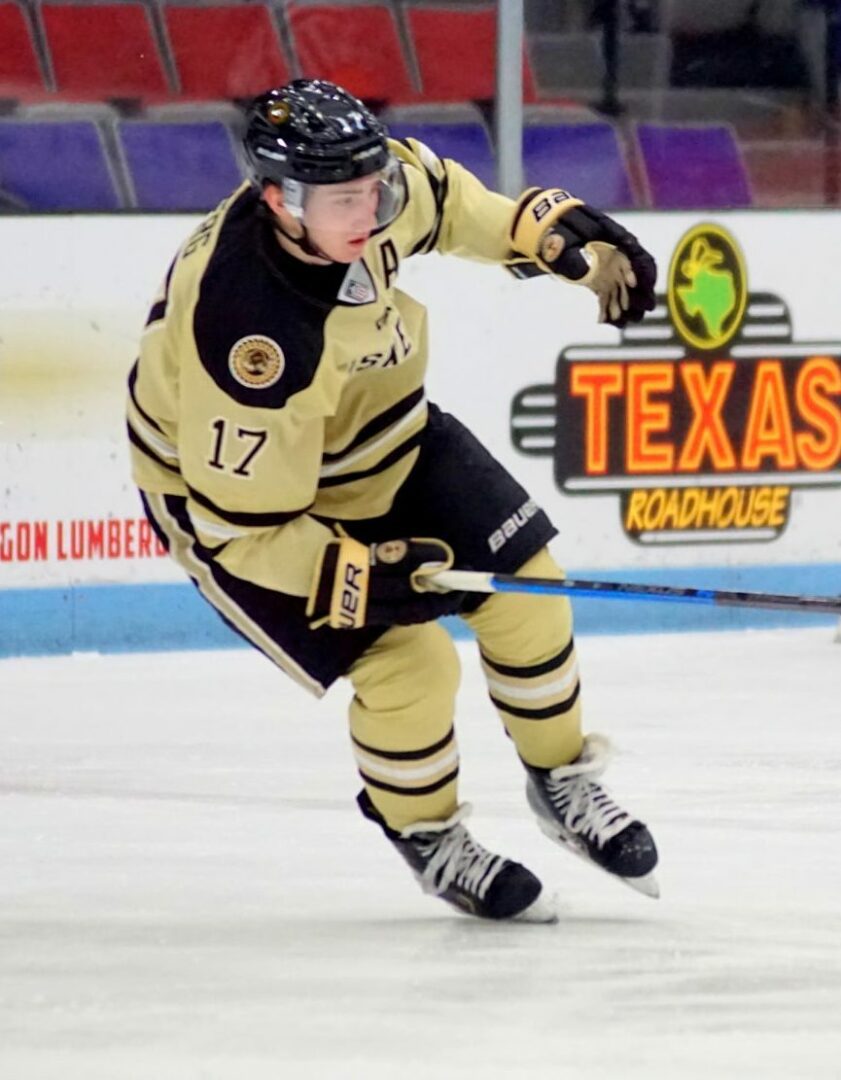 “After last season, I wanted to be more of an all-around player,” he said. “I’ve been working on my defense. Yeah, I was more excited by offense, but (being a complete player) will get me further. It helps offensively, too, to make a play in the D zone.”

Berg is excited about the way the Lumberjacks have been trending this season. After spending weeks in third place in the USHL’s Eastern Conference, the Jacks swept three home games last weekend, including two over Green Bay, the team they had been chasing for second place.

For Berg, the highlight of the weekend was scoring a three-goal hat trick in last Saturday’s win over Green Bay. The three victories catapulted Muskegon into second place, three points ahead of Green Bay and three points behind first-place Chicago.

The games against Green Bay were spirited and physical, and it’s clear that the two teams don’t like each other very much.

“I would say there is kind of a little rivalry there,” Berg said about Green Bay. “Everybody is chirping at each other. It was really fun beating them, because the last time we played them they beat us. It was kind of nice to get them back.”

Berg thinks the Jacks have a legitimate chance to continue rising in the standings, and perhaps contend for their very first Clark Cup championship at playoff time in April.

“It’s been good,” he said about the team’s chemistry. “We gel well together, and there are no bad apples, which is important. We have a chance, if we just play our way, to possibly go all the way.”

Berg would qualify for another season in the USHL, but he thinks he’s ready for college hockey and plans to move on next year. He’s committed to play at the University of Nebraska-Omaha, ironically the city he was traded from.

As much as he would love to have Berg back next year, Hamilton understands his decision to keep moving up the hockey ranks.

“He could play a few more years in our league, but he’s college ready,” the coach said. “I think a lot of teams are kicking themselves in the butt for not grabbing him in the draft.” 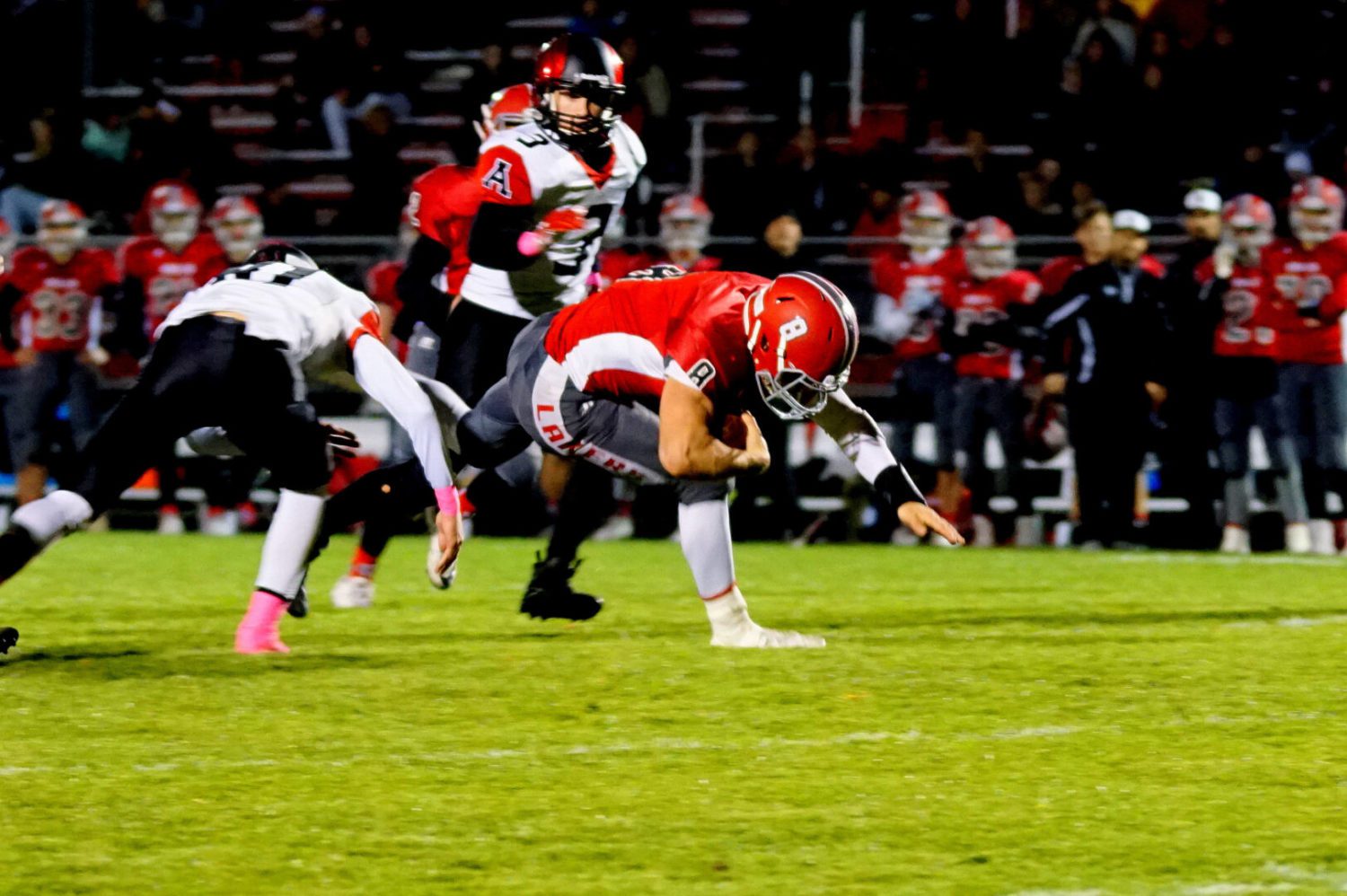 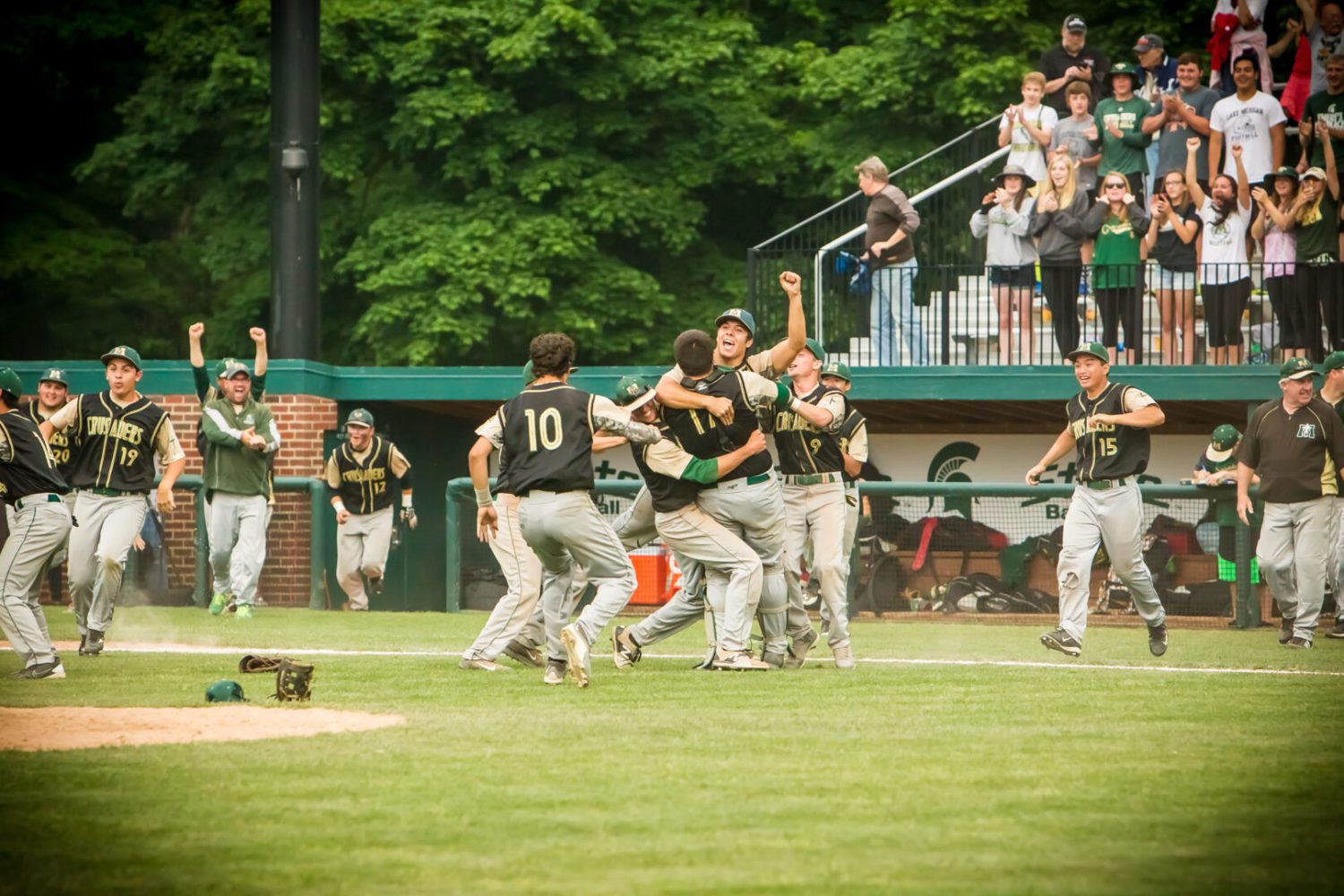