FRUITPORT TOWNSHIP – The Muskegon Catholic Central boys basketball team kept it close and came within a few points of winning a district championship.

But the Crusaders sent Holland Calvary Christian to the line a few too many times with the game on the line, and the Ottawa County squad hit five free throws in the final minute to scrape out a 44-42 victory over MCC in the Division 4 district title game on Thursday at Fruitport Calvary Christian High School. 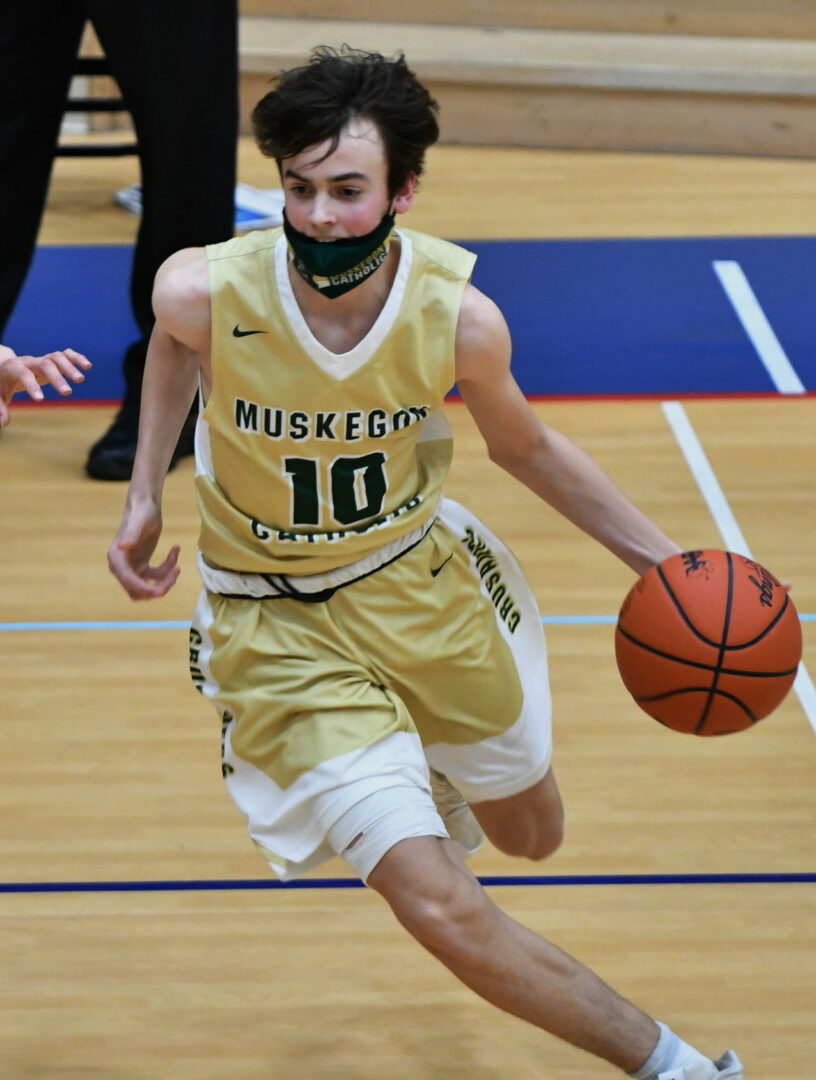 The Crusaders finished the season with a 5-10 record, but ended on a proud note with a win over Muskegon Heights in the district semifinals, and the close call in the finals.

MCC opened the game strong with a 9-0 run, fueled by Tommy Kartes with four points.

Holland Calvary got rolling halfway through the quarter and answered with a 9-0 run of its own, and the score was tied 9-9 at the first buzzer.

“Starting out we made shots, and then they made shots when we went on a lull,” Jordan said. “Basketball basically is a game of runs. We went on a run, then they went on a run. I thought our kids responded well after their run and we were able to get back into the game.” 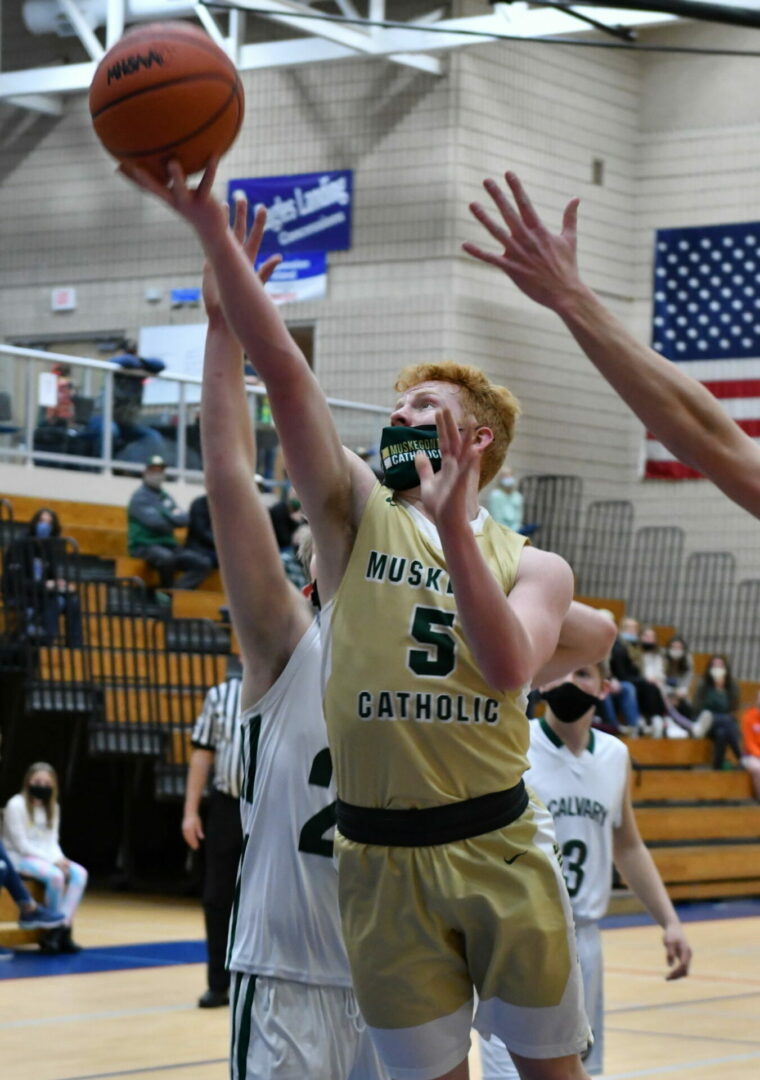 Dane Rutz goes up for a shot for Muskegon Catholic. Photo/Michael Banka

The two teams were cold offensively in the second quarter, and the game was tied 12-12 with just over three minutes left. MCC jumped ahead 17-12, with Rutz hitting a three-pointer and Kartes adding a bucket, then a last-minute triple by Holland Calvary left the Crusaders with a 17-15 halftime lead.

The third quarter also started slow, with MCC scoring the first points almost three minutes in. Holland Calvary answered MCC point-for-point until taking the lead with 1:12 left on the clock. Rutz sank three free throws in the last 30 seconds to give the Crusaders a 24-23 edge heading into the fourth.

Holland Calvary pulled ahead early in the fourth and steadily increased its lead to 39-32 with only 1:20 remaining.

The MCC boys rallied and got close, with Kartes scoring seven in the last minute, but Holland Calvary nailed five free throws in the final minute to clinch the close victory and the district title.

Kartes sank a three-pointer at the buzzer, but it was wasn’t quite enough for MCC.

“The game plan was to try to force a five-second count, get a basket, and follow up with a steal,” Coach Jordan said. “If not, we’d play the foul game to slow the clock down a bit so we could get more possessions. Unfortunately, they were able to knock down their free throws, which made it so we weren’t able to come back tonight.”

Kartes put up 20 points for MCC, including 11 in the fourth quarter.

“My teammates just found me and got me open shots in that last quarter,” said Kartes. “That created some points for us, but we still came up just a little short.”