Thursday boys hoops roundup: Whitehall gets a scare from North Muskegon before posting a 57-53 conference victory

The first-place Whitehall boys basketball team got a scare from a fired-up North Muskegon squad on Thursday, but escaped with a 57-53 victory to remain

undefeated in the West Michigan Conference.

Whitehall led 11-5 at the end of the first quarter, but trailed 19-16 at halftime and 35-32 after three, before pulling ahead and salvaging the win in the fourth.

North Muskegon was led by Troy McManus with 12 points and four assists while teammate Will Gallo had eight points and six rebounds on the night.

Jordan Briggs led the Big Reds with 18 points while Kalil Stimage and Anthony Sydnor III finished with 13 points apiece. Ethan Hill also had a double-double, finishing with 14 points and 18 rebounds.

The Big Reds set the tone early by racing to a 28-4 lead after the first quarter. They led 43-16 entering halftime and 58-31 after three.

The Wolves were led by Ramera Draper, who had 17 points and 10 rebounds.

ZEELAND WEST 58, REETHS-PUFFER 56 – Reeths-Puffer lost a heartbreaker when Zeeland West’s Carson Gulker hit the game-winning basket as time expired.
R-P’s Kendall Smith hit a three-point shot to tie the game at 56-56 before Gulker settled the issue with his last-second heroics.

Kaleb Mitchelson led the Rockets with 22 points, with 17 of those coming in the first half. Travis Ambrose had a double-double with 15 points and 10 rebounds while Smith finished with 13 points.

The Rockets are now 6-8 overall on the season.

HAMILTON 48, SPRING LAKE 47 – Spring Lake’s 10-point comeback in the fourth quarter was not quite enough.

Spring Lake trailed 12-10 after one quarter, 28-25 at halftime, and 42-35 at the end of the third. The Lakers trailed by 10 points early in the fourth quarter and put up a spirited rally, but fell just short in the end.
Spring Lake is now 2-9 overall and 2-9 in the O-K Blue conference.

Martin led the Eagles with 23 points while Jozsa had a double-double, finishing with 18 points and 11 rebounds. Ethan Wever had three points, eight assists, eight rebounds, and three steals for the Eagles.

Muskegon Heights was led by Ashton Smith with 14 points.

The Eagles are now 6-5 on the season. 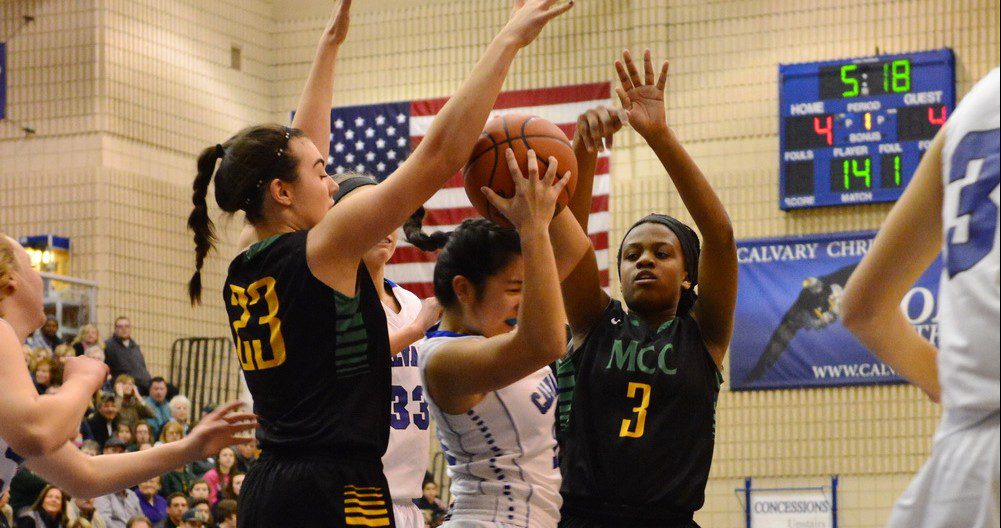