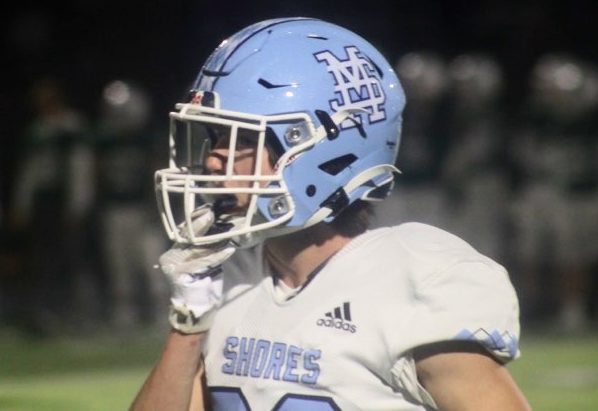 GRAND RAPIDS — Mona Shores began its quest for a third-straight Division 2 championship by getting a little defensive on the road.

Actually, a lot of defensive.

The Sailors’ defense held host Grand Rapids Forest Hills Central to 117 yards of total offense and snagged a pair of interceptions in a 31-7 victory Friday evening.

Mona Shores improves its season record to 8-2 and advances to the district championship against Caledonia (9-1 overall), which defeated Byron Center, 28-14.

After a scoreless first quarter against the Rangers, Mona Shores turned in a huge second-quarter, outscoring FHC 21-7.

Senior quarterback Mark Konecny got the Sailors on the board first early in the second as he scored a on 1-yard sneak. Nearly 5 minutes later, the Sailors struck again when junior running back Dahmir Farnum scored on a 15-yard touchdown run, putting Mona Shores up 14-0.

The Sailors pushed their lead to 21-0 with their biggest play of the half, as Konecny connected with junior Jaylen Vinton on a 50-yard touchdown pass with 2:02 remaining. 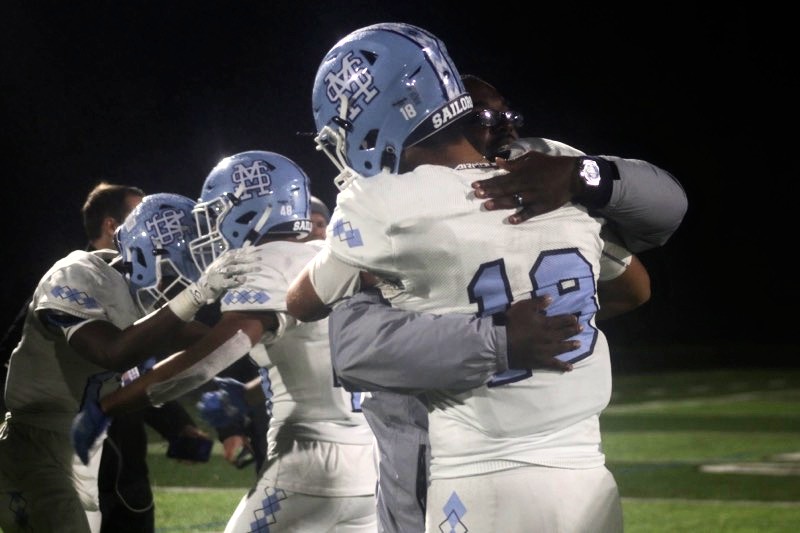 Forest Hills Central struck right back with its own big pass play, trimming its deficit to 21-7 on a 52-yard touchdown pass.

But Mona Shores’ defense ruled the remainder of the contest, keeping the Rangers scoreless the rest of the way.

The Sailors added more points in the fourth quarter, as junior kicker Kaden Pulaski drilled a 31-yard field goal, and Farnum scored his second rushing touchdown of the game, this time coming from 24 yards out, with 2:03 remaining.

Farnum totaled 94 yards on 12 carries, but Korecny did the most damage on the ground, rushing for 152 yards on 29 carries. As a team, Mona Shores totaled 307 rushing yards at nearly 5.5 yards per carry.

But it was the Sailors’ defense prevailed as Vinton and Ryan McNiff each had interceptions, while DJ Caviness and Kemper Millis were both forces on the defensive line, totaling seven tackles apiece. Defensive end Stephen Koziak totaled 1.5 sacks.