Montague punched its ticket into the Division 6 district championship game next week with a resounding 41-7 victory over Central Montcalm on Friday night at Montague.

While it was close early, with Central Montcalm actually tying the score at 7-7, the Wildcats soon gathered steam and pulled away from a one-score lead.

Dylan Everett capped the Wildcats’ first offensive series of the game with a seven-yard burst for the touchdown and Andrew Kooi kicked for the extra point to give Montague a 7-0 lead.

Central Montcalm came right back, however, with Kaleb Crooks hooking up with Fisher Hill on a 19-yard scoring strike and then kicked the extra point for a 7-7 tie.

But that would be it for Central Montcalm on this night.

“Big offensive plays were huge tonight,” Montague head coach Justin Dennett said. “They did a good job of slowing us down at times, but we were able to come up with big plays 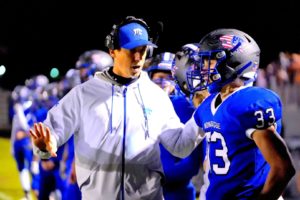 when we needed them.

“Field position was helpful all night. Our special teams and defense came up big at times, and gave our offense an advantage. (Andrew) Kooi is a huge advantage, being able to kick touchbacks. He hasn’t had the opportunity to kick many field goals, but he has been an asset on kickoffs.”

The Wildcats took the lead for good when Everett scored again, this time through the air on a 74-yard pass from Kooi, who added the point after for a 14-7 score in the second quarter.

It was all Montague after that.

Montague’s lead would grow to 28-7 by the half. First, Adam Baird ran the ball in from two yards out and Kooi’s kick made it 21-7, and then Tugg Nichols hauled in a 13-yard TD pass from Kooi, who then added the point after kick.

Everett would score for the third time on a 37-yard scamper to start the third quarter, and Nichols added a second touchdown with a 24-yard run to put on the finishing touches to the Wildcat victory.

“Our defensive line did a great job of putting pressure on their quarterback,” Dennett added. “We were able to bring some linebackers at times as well, and make some big plays.“It feels great to get the win tonight. I’m proud of our effort tonight. We had some mental mistakes early, but really came together and played a great game.”

Kooi had a big night passing, going 13-of-19 for 161 yards and three scores. Nichols had eight catches for 64 yards and two TD’s, Izac Jarka had two receptions for 13 yards and Colton Blankstrom made one catch for 11 yards.

Everett led the Wildcats with 118 yards rushing on 11 carries and two touchdowns, while Baird added 55 yards on eight tries with a score.

The Wildcats improved to 7-3 and will be traveling to Reed City next week for the district championship game. Reed City beat Manistee, 36-14 Friday for its ninth straight win and is now 9-1. 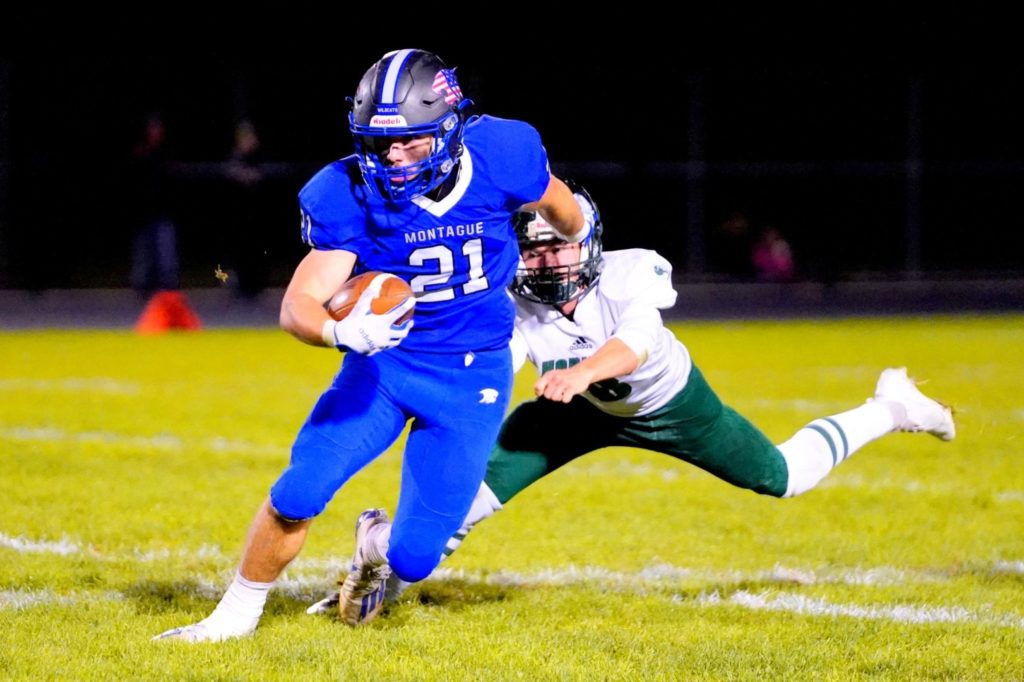 Lowell at Muskegon highlights slate of games for LSJ prognosticators