Western Michigan Christian’s boys soccer hopes for an upset over No. 6 ranked Wyoming Potter’s House in the Division 4 district semifinals wasn’t meant to be on Thursday night.

Wyoming Potter’s House walked away with a 2-1 shoot-out win over the Warriors.

The Warriors looked like pulling off the upset was definitely a possibility.

Tekalegn Vlasma put WMC up 1-0 midway through the first overtime after the two teams played to an even 0-0 through regulation. The freshman found the back of the net after controlling a rebound off an Ashton Leffring shot that was blocked by the Potter’s House goaltender.

“They have a big set of defenders and defend well in the box with five or six guys back all the time, so they are hard to penetrate,” said WMC Coach Ben Buursma about his team’s effort to garner a shot against a stingy Potter’s House defense. “We knew we had to get it out wide first and we had a great hustle play.”

But as time clicked down to just over a minute left in the fist overtime period, Puma senior and Michigan State University commit, Jonathan Stout, lasered a shot just inside the far post on a direct kick from 25 yards out.

The play was set up when Stout and WMC’s Leffring collided midair on a 50/50 ball, but Leffring was called for the foul that could have gone either way.

Stout had a similar opportunity on a direct kick moments earlier on the same type of play.  That time WMC’s wall held and deflected Stout’s shot.

WMC’s Division 4 district matchup seemed almost like a triple over time game as it was suspended after halftime on Wednesday due to lighting.

“This was an interesting situation, first time I’ve ever played a game over two days,” said Buursma.

The Warriors did a solid job controlling Stout throughout the game, forcing him to work extremely hard for every shot on goal.

“Our back four did a tremendous job for us all year,” said Buursma. “Ashton did wonderful making sure he (Stout) had to work for every shot he got.”

The Warriors were outshot 10-3 in the game as WMC goalie Jared Olsen posted nine saves.

“Jared was on with some great saves,” said Buursma. “I thought we played an excellent game.”

The Warriors fell behind quickly in the shootout, getting their second shot blocked. Potter’s House kept the door open two shots later, going wide right. But WMC could not convert, ending the season for the Warriors.

Photographer Randy Riksen was on the sideline to capture the action. 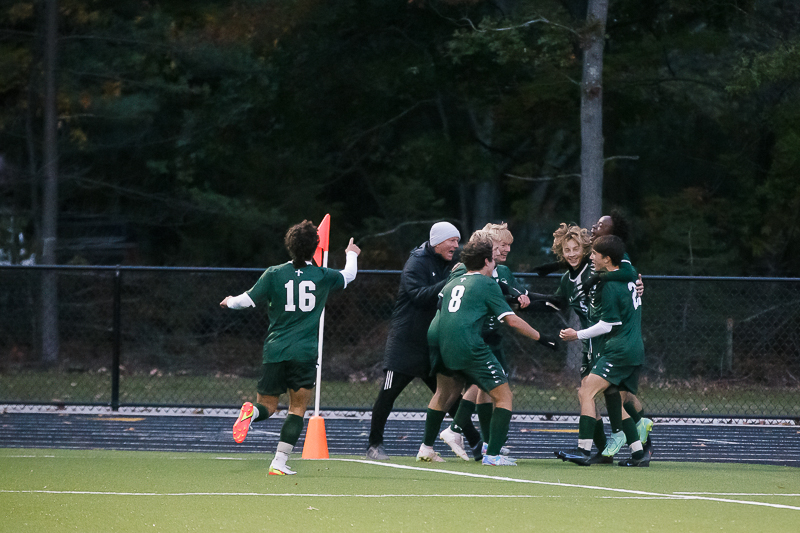 The Warriors celebrate the Vlasma goal in overtime. Photo/Randy Riksen 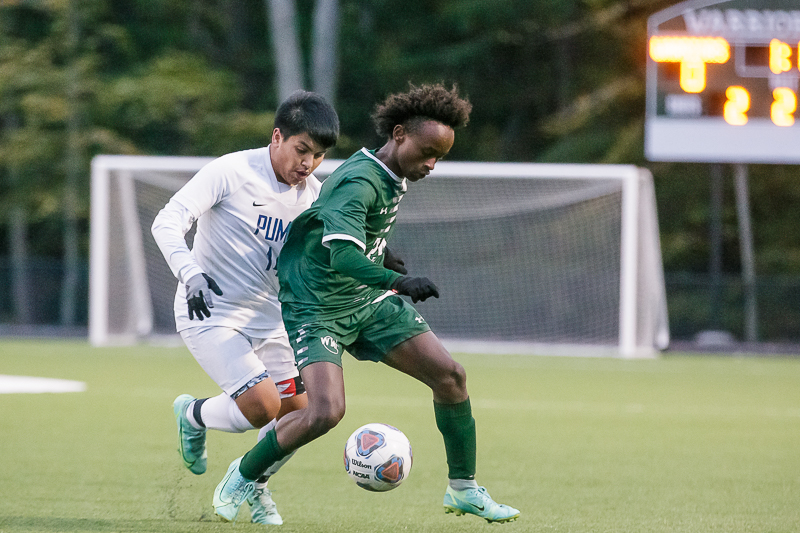 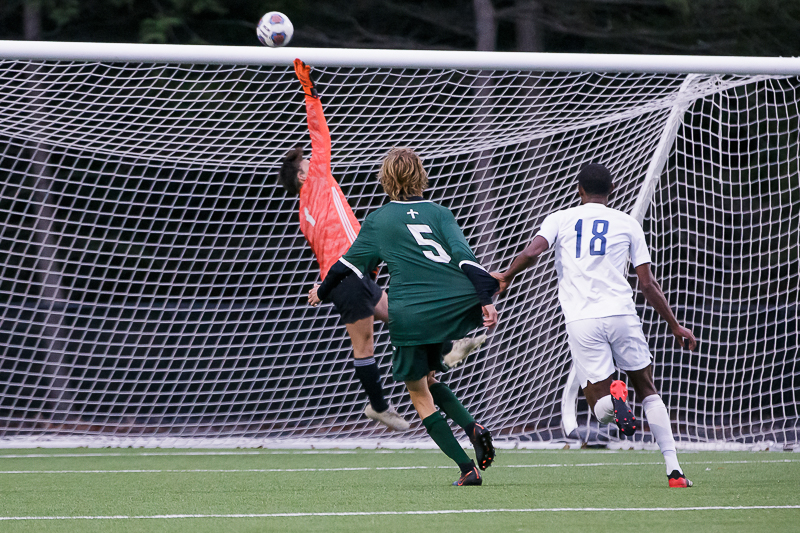 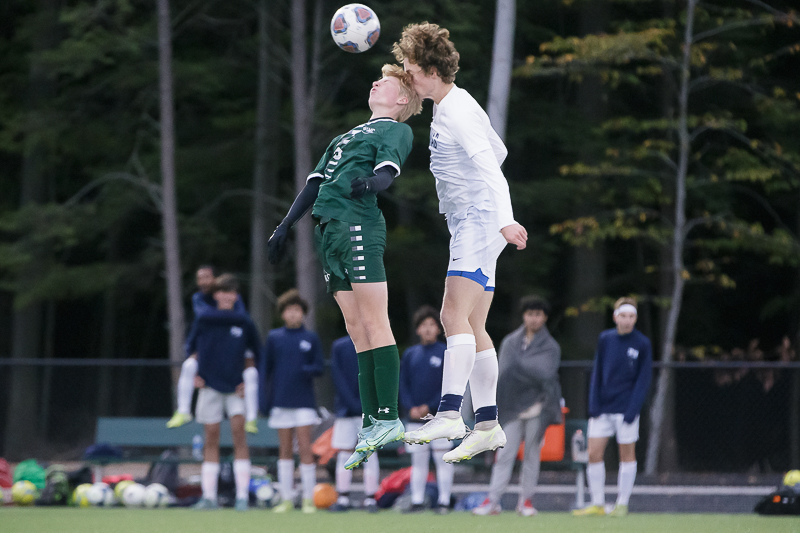 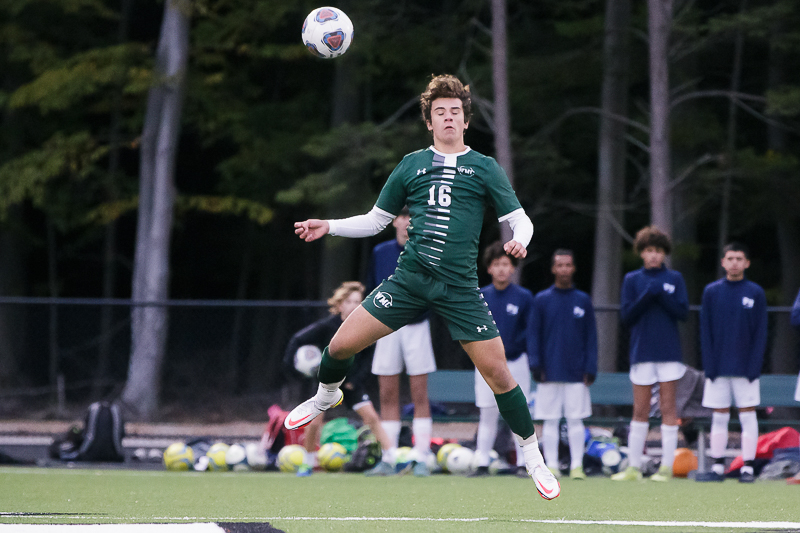 Joey Eastway gets ready to chest the ball for WMC. Photo/Randy Riksen 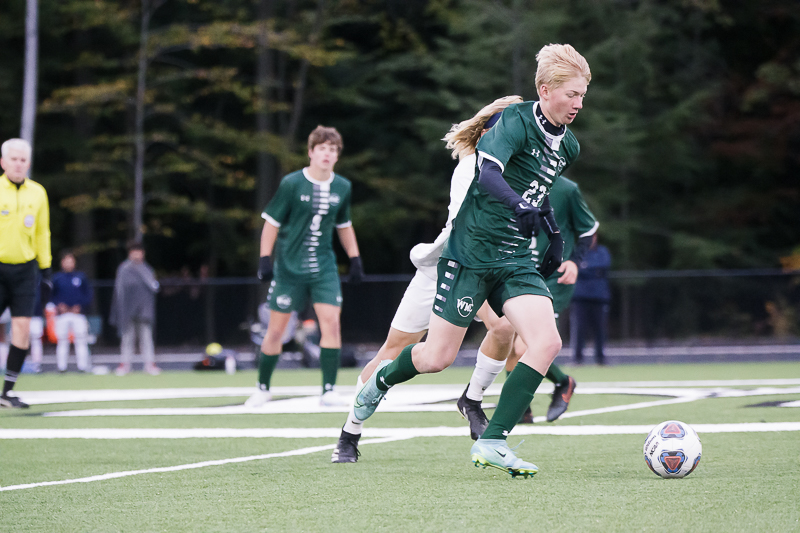 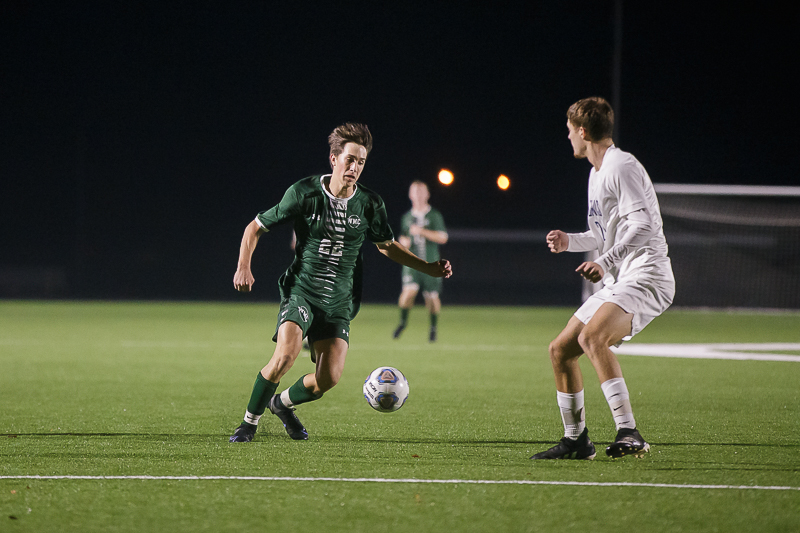 No. 22 Matthew Bradford-Royle moves the ball up the side of the field for WMC. Photo/Randy Riksen 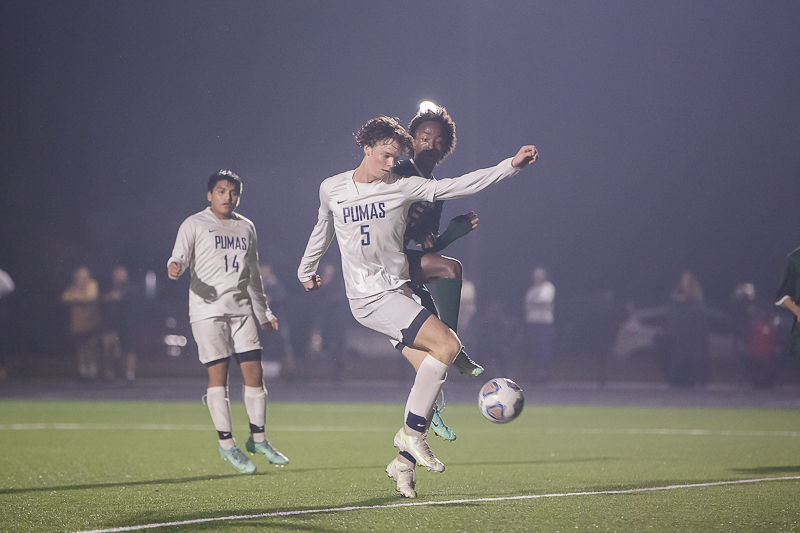 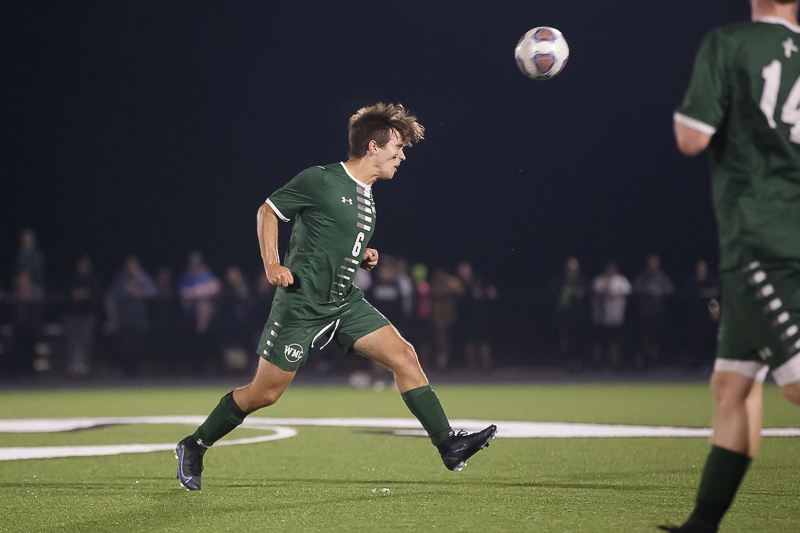 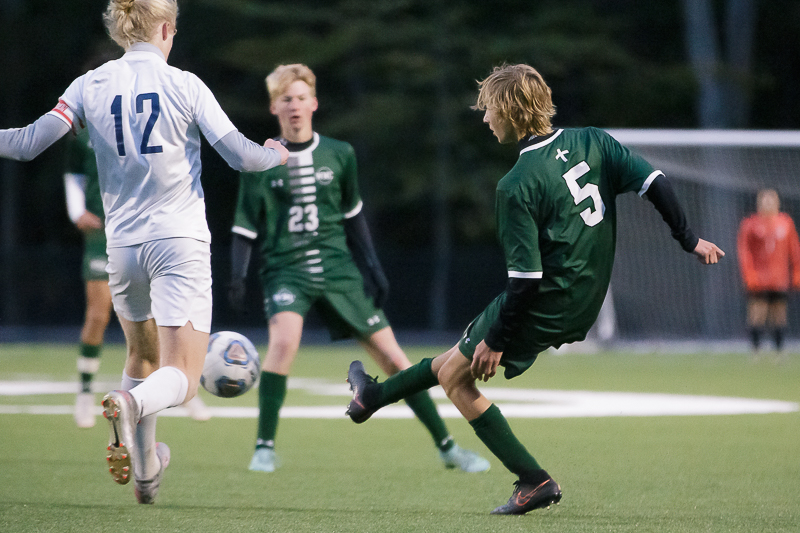 Lumberjacks overcome a two-goal deficit, leave Dubuque with a 3-2 victory