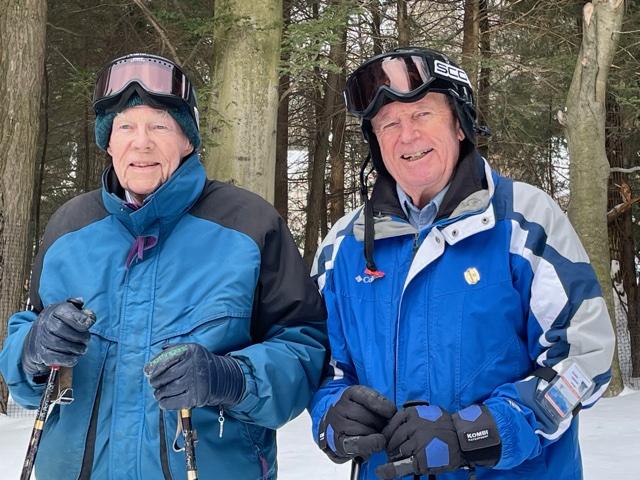 When they first started back in the 1940s – when Bing Crosby was the best-selling pop artist and the Olympic Games were canceled because of World War II – Wes Anderson and Doug Bard were skiing down the coal piles and gullies of Muskegon.

Then the two Muskegon kids grew up, “made a little money” and their equipment and ski locations improved dramatically, taking on everything from mountain ranges in Colorado and Utah to remote destinations in Canada where they had to be dropped off by helicopter.

One thing that never changed was their love for each other.

In fact, the friendship and admiration between “a couple of Swedes” has grown with each and every swoosh down a slope over an incredible span of more than 80 years.

“We’ve leaned on each other for a long time,” Wes explained.

That is an understatement. Wes turned 91 years old in June, and he is the youngster in the duo. Doug is 93 years old and plans on taking his buddy up to Crystal Mountain Resort in February for his 94th birthday.

“We wanted to be active as long as we could and it’s worked out,” said Doug, who was neighbors with Wes in Glenside Gardens in the 1960s and is still his neighbor today in the Forest Glen development of Norton Shores. “We’re still skiing in our 90s. We love life and we don’t want to sacrifice any of it.”

The two are the last members of their beloved “ski gang” who are still active, the others are either deceased or have permanently hung up their skis in the garage.

Which begs the question: How long will Wes and Doug keep going?

“That’s a good question,” Doug said with a chuckle. “I never considered even living this long, let alone that I would still be skiing.” 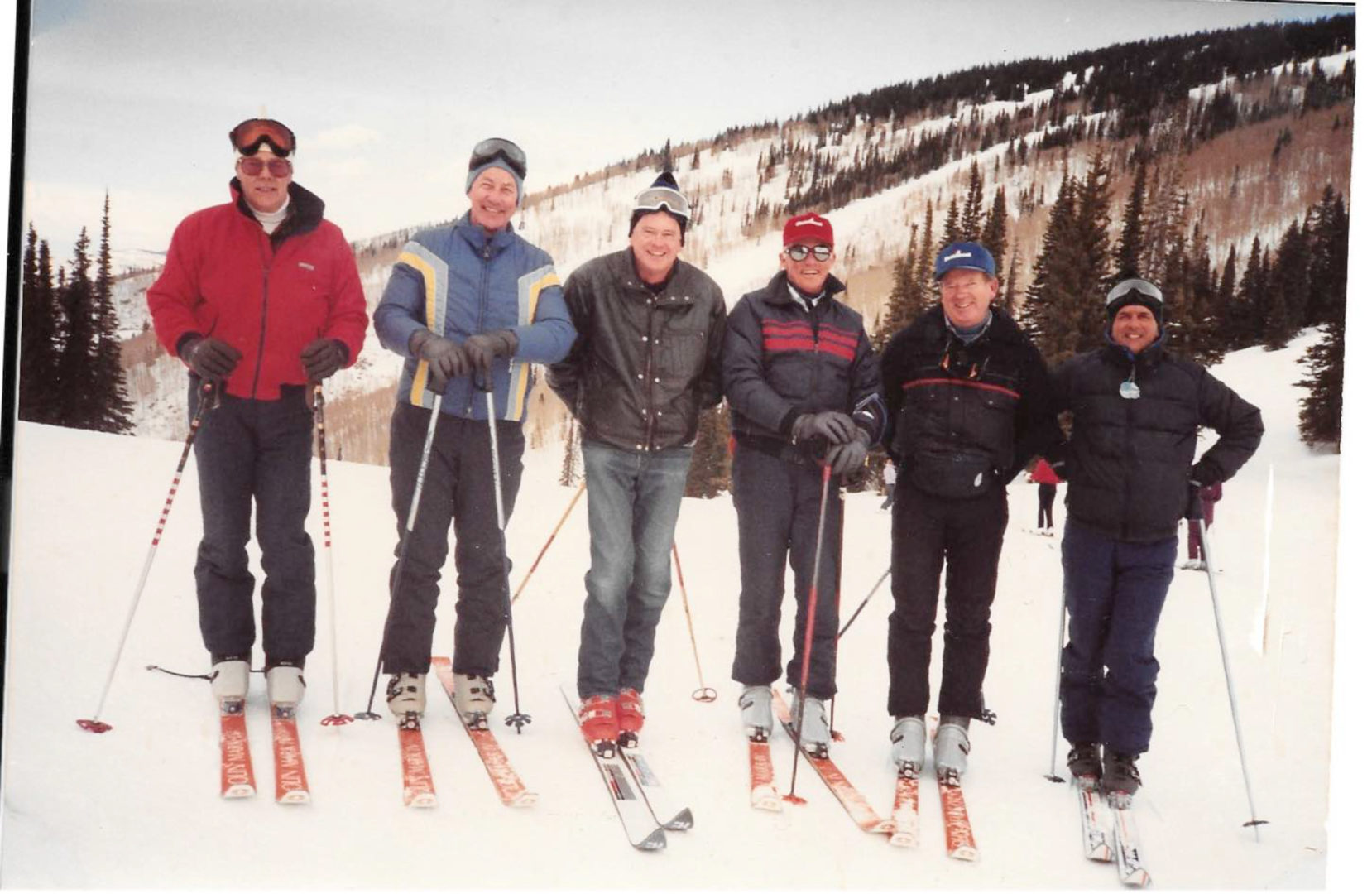 The Muskegon “ski gang” is pictured here in a photo at Steamboat Springs, Colo., in 1985. From left: Doug Bard, Roger Andersen, Ben Olsen, Sherm Poppen, Wes Anderson and Mort Kantor. Bard and Wes Anderson are the only two members of the group still skiing (Photo Courtesy of Wes Anderson)

Getting their money’s worth

Crystal Mountain gave the two buddies a lifetime pass when they turned 80 – probably figuring they might use it another year or two.

Turns out they have gotten their money’s worth, making the drive up to Thompsonville at least twice each winter for more than a decade.

“They are very nice to us – and they should be,” said Doug. “All of our kids learned to ski up there and we practically built the place.”

In addition to skiing, Wes and Doug also did quite a bit of sailing every summer – and in between those leisure pursuits, they made their mark as two of Muskegon’s prominent business and civic leaders. The friends share a fiery passion for the Muskegon area, talking it up at every turn.

Wes was the starting quarterback at Muskegon High School in the late 1940s, immediately before Earl Morrall (“I taught him how to throw a spiral,” Wes said), who came back to Muskegon after serving in the Korean War.

He started a career in life insurance and financial planning (which he is still active in today), juggling that along with serving on the Muskegon and later Norton Shores City Councils, the Commodore of the Muskegon Yacht Club and leadership roles at Kiwanis and First United Methodist Church. 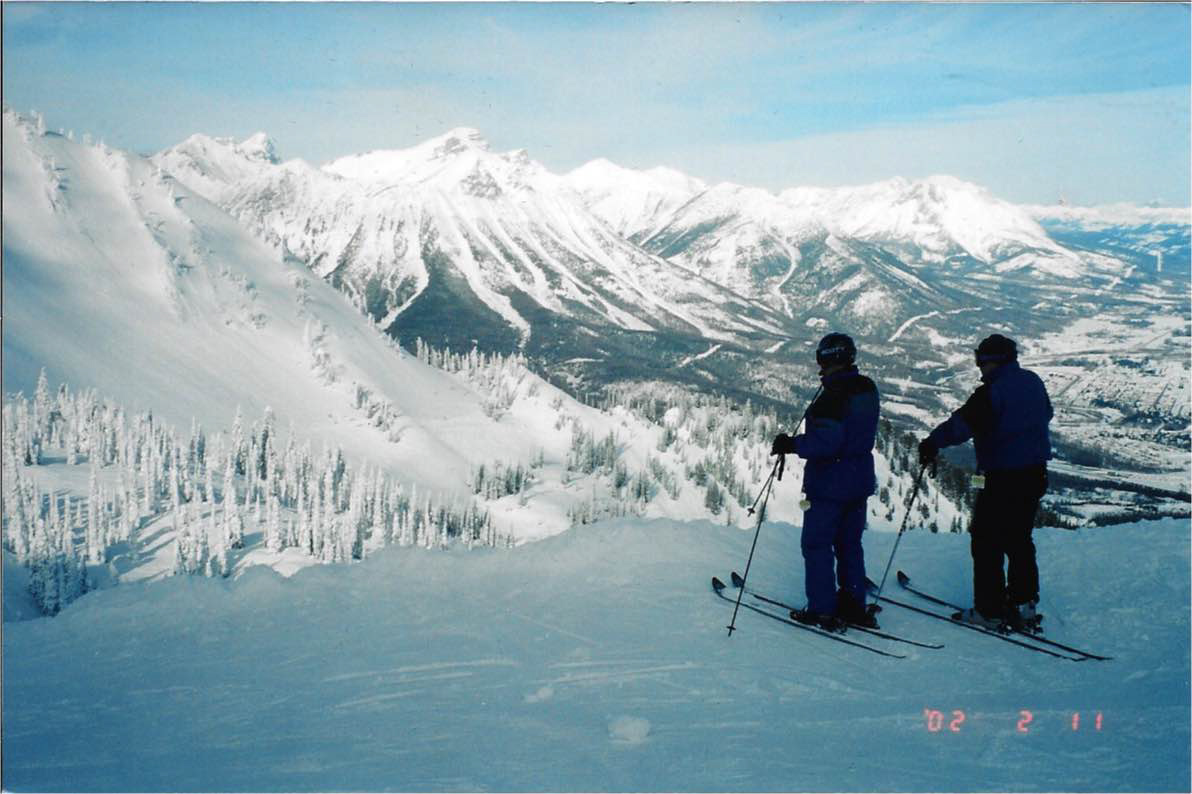 Bard, left, and Anderson overlook the mountain in 2005 at Fernie Resort in British Columbia, Canada (Photo Courtesy of Wes Anderson)

Doug also graduated from Muskegon High, in 1946, and then graduated from the University of Missouri in 1950. He also served in the Army for three years, including two memorable years of service and skiing in Japan.

He returned to Muskegon in 1953 and went to work for Geerpres-Wringer and later had a management position with Beatrice Foods. He was also a longtime board member of the Muskegon Community Foundation.

Their jobs were high-pressure and high-stress, so their chosen form of stress relief was skiing getaways with family and friends. Wes and his wife, Jean, have four children and Doug and his wife, Pat (who died in 2010), have two daughters – all of whom skied and became friends in the process.

A lifetime of memories

One of their favorite things to do when they get together these days is to reminisce about all of their past skiing adventures.

They laugh, thinking about rubbing shoulders with celebrities like John Kennedy Jr. at Alta Lodge in Utah or Clint Eastwood at Sun Valley Resort in California. And they shake in amazement at how the “Muskegon gang” became well-known at some of the most famous ski resorts in the world, like Aspen and Steamboat Springs in Colorado and Fernie and Whistler in Canada.

It’s been quite a ride for two Muskegon boys who started out skiing on two pine slats on the gulley near Ruddiman Creek, behind what is now Muskegon Catholic Central.

“You went straight down that hill as fast as you could, it was wild,” Doug recalled. “And you were a chicken if you turned.”

Wes also spent a good deal of time in his early years learning ski and life lessons from the members of the Scenic Trails Ski Club, who skied south of the Blockhouse in North Muskegon. Wes credits members of that group – notably Jack Lundgren, Ralph Borgeson, Pete Klemp, Steve Clink and Rex Sheathelm – for mentoring him in skiing and in life.

From there, this skiing story shifts to Glenside Gardens, where many of Muskegon’s prominent businessmen got their start.

It was at a cocktail party at Glenside Gardens in the early 1960s when Wes and Doug planned a ski trip up to Caberfae Peaks in Cadillac, coaxing some of their neighbors to go with them – namely Roger Andersen, Mort Kantor, Ben Olsen and Sherm Poppen, who would go on to invent the Snurfer and be regarded as the founder of snowboarding.

“So we started off skiing down coal piles, then we graduated to Caberfae and they had a rope tow – wow, we thought we died and went to heaven,” said Wes, who noted that the equipment also improved drastically, from pine slats to Olin Mark competition skis, which could actually turn.

Of the 20-some different resorts that group went on to ski over the next 40 years, Doug’s favorite was Big Sky in Montana, which is a slightly lower altitude than the resorts in Colorado, which enabled the group to ski longer without getting wiped out.

Wes has a special place in his heart for Alta Lodge in Utah, which is known for its powder skiing.

“I hope to God if I go to heaven, that they have powder slopes up there,” Wes said with a laugh.

It’s not about the skis

Wes and Doug used to tear up the slopes, literally, from dawn to dusk, with only small breaks in the action. No challenge was too great for them, even taking on the infamous Bugaboo Lodge in Canada, where they were dropped off and picked up by a helicopter.

Things are a little different now at the age of 91 and 93.

“It takes a lot more planning and preparation these days,” Wes said. “In the old days, we could just take off and go. Now, it’s a process.”

Both of them credit their Swedish willpower and discipline for helping them continue to ski and stay active at their advanced age.

Doug starts off each day with a long shower (“I let the hot water work its magic,” he explained) and then does an elaborate stretching routine before getting dressed. Wes also does daily stretches and exercises, along with hikes in the woods behind his house.

“Skiing is a lot of fun,” Doug said. “It’s an easy exercise. You just transfer your weight from one leg to the other, is really what it amounts to.”

The bottom line is that both Wes and Doug are highly competitive, driven individuals who don’t want to be told that they can’t do something anymore. An even bigger motivation to keep going is the fact that they have so much fun and accrue so many memories and add to the tapestry of their friendship with each trip to the slopes.

“People ask me all the time, why I’m still skiing,” said Wes. “I tell them it’s a rush every time, so why would I stop? I guess some people would rather sit on the porch and die. Doug and I are athletes. We would rather go skiing.” 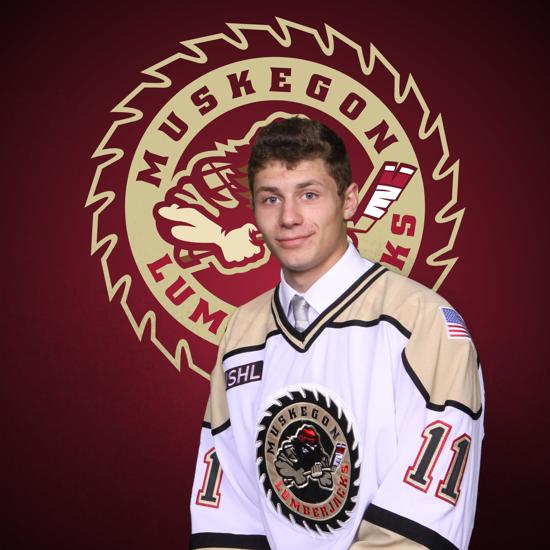 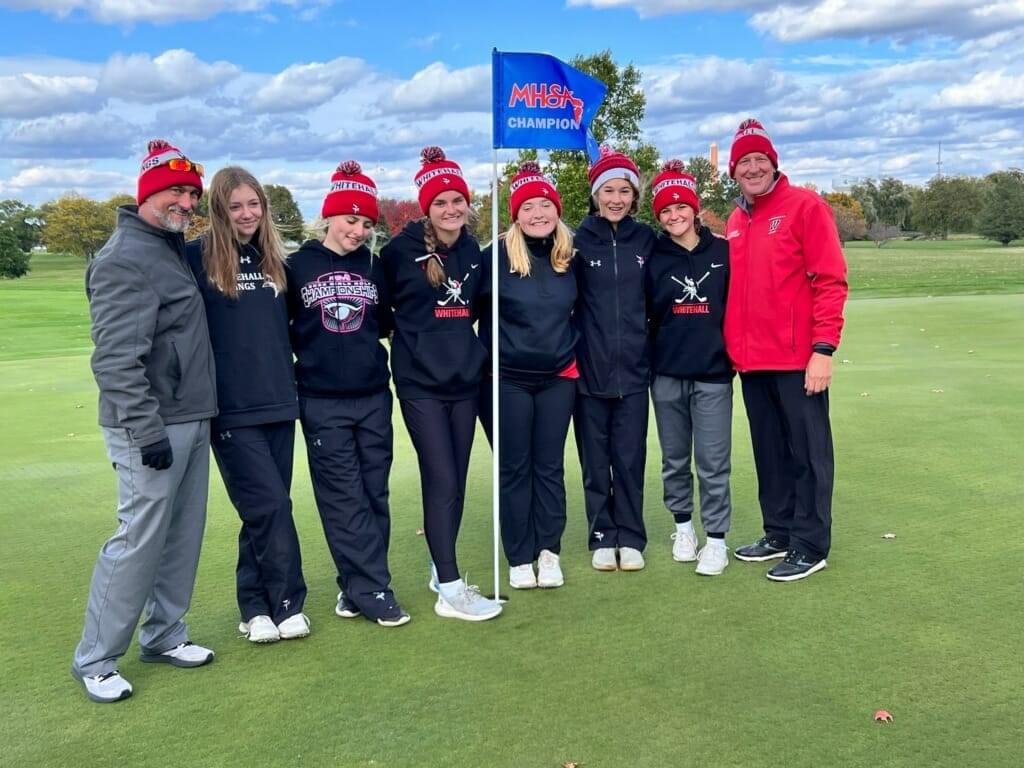