Just a few days ago, Detroit Tigers President Dave Dombrowski was quoted as saying that prior experience – at the minor or major league level – would be a necessary prerequisite for the team’s new manager.

On Sunday he announced that the job is going to Brad Ausmus, a former Tiger catcher with no professional managerial experience at all.

What an interesting choice.

The cynic in me worries that Dombrowski, clearly one of the best executives in baseball, might have uncharacteristically fallen for a risky trend.

Two teams – the St. Louis Cardinals and Chicago White Sox – hired managers with no prior experience before the 2012 season.

The Cardinals have made the playoffs both years under Mike Matheny, and the White Sox had one very good season under Robin Ventura.

Does Dombrowski think those teams tripped on some sort of magical formula? I very much doubt it. The Tiger boss is too smart for that. My guess is that he found Ausmus to be such an appealing candidate that he chose to ignore the lack of experience.

Dombrowski is clearly taking a gamble, but he was apparently not alone in his willingness to do so. Ausmus had reportedly interviewed with three other teams since the end of the regular season, and presumably would have been snatched up if the Tigers hadn’t grabbed him when they did.

So now we will have a first-time manager learning on the job with a high-priced team that’s built to win immediately. That seems like a tough spot to put Ausmus in.

The experience question will answer itself by midway through next season. If this guy is in over his head, it will be obvious to everyone and we can hold Dombrowski accountable.

But I, for one, am happy that the Tigers went outside the organization for a new manager. After three straight years of winning the Central Division then sputtering in the playoffs, I think they could use some fresh motivation that comes with new leadership.

I think the Tigers had accomplished everything they were going to accomplish under Jim Leyland. He couldn’t get them over that final hurdle – a world championship – and the chances of that happening declined every year he continued to manage.

The Tigers have a highly-paid, veteran roster. The players could easily fall prey to complacency after winning so much in recent seasons. And they can’t afford complacency right now, with the Indians and Royals quickly improving and threatening to steal the Central crown.

That’s why having a new sheriff in town, with different policies and a different approach, might provide a necessary breath of fresh air. Ausmus did not come to Detroit to pat the players on the back for past accomplishments. His job is to keep the team on the cutting edge, with a renewed commitment to achieve even more than they have in recent seasons.

It’s not that there was anything wrong with Leyland. His accomplishments speak for themselves, and he was clearly one of the greatest managers in team history. But he was starting to fit this team like a comfortable, worn out shoe. They players knew him, loved him and presumably took him for granted. The luster he brought as the inspiring new manager in 2006 had clearly worn off.

The Tigers needed a fresh, enthusiastic skipper who is hungry to prove himself. That’s clearly Brad Ausmus.

So best of luck to the new man in the Tiger dugout, who will have to put up with all the bickering from the fans and sniping from the media.

He’s been handed a new manager’s dream – all the horses he needs to win a title. We’ll see if he’s ready to guide them across the ultimate finish line next season. 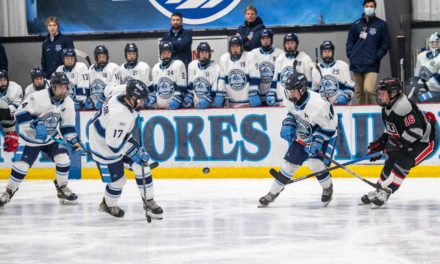