against Reeths-Puffer on Thursday, particularly with R-P’s standout goalie Elysia Mattos capable of stopping just about any shot.

Fortunately for May, a boost of energy from her team’s midfielders and forwards in the second half erased any chance of overtime. 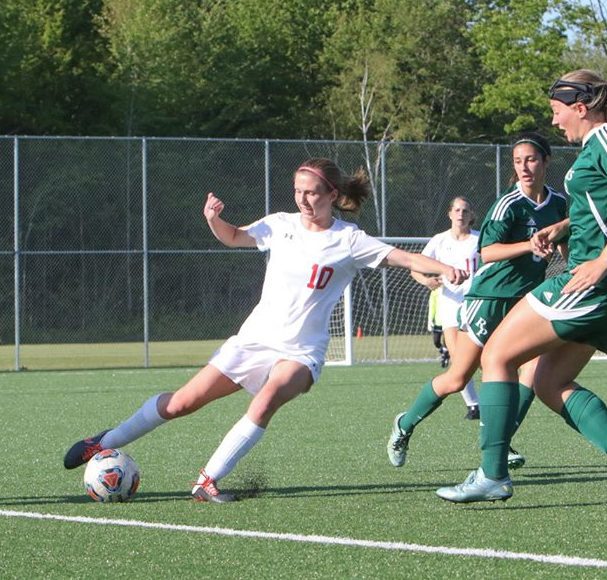 Spring Lake’s Becca Rush gets ready for the kick along the sideline. Photo/Joe Lane

After a scoreless first half, the Lakers used their speed and pinpoint passing to get the ball past Mattos twice and grab a 2-0 victory over the Rockets in a Division 2 district semifinal contest on their home field.

Spring Lake, now 17-2-1 on the season, will meet Fruitport in the district finals at home on Saturday at noon.

Spring Lake junior forward Emily Batts, who scored the final goal of the game, said the Lakers’ objective against Reeths Puffer was to start with a 100 percent team effort and finish the same way.

The effort was there early on, but the results were lacking.

The Lakers fired nine shots at Mattos in the first half, but none went in. Two hit the goalpost, and Mattos made brilliant stops on several others, including a pair of leaping tip saves that sent the ball over the crossbar.

But Spring Lake’s frustration ended just 41 seconds into the second half, when Mattos was blinded by a swarm of Laker players in the box and couldn’t get a read on a 20-yard blast from Spring Lake sophomore Laney Peasely.

The ball soared high into the net, giving the Lakers a 1-0 lead. 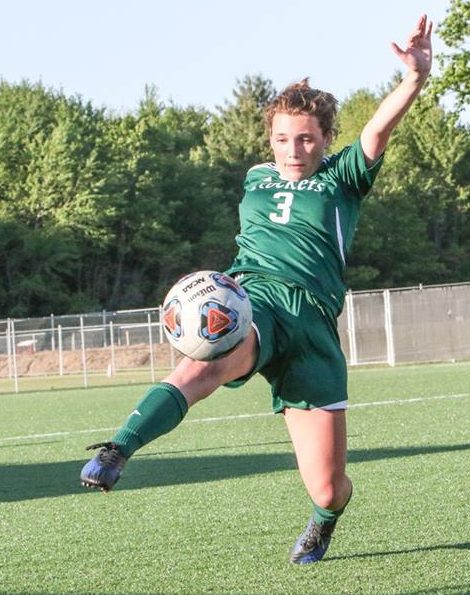 May said she was so excited by the goal she “felt like doing push-ups.”

“I had so much energy from that,” the coach said. “It was huge because after that, we were able to move some people around, and feature more of a holding type of (defense), instead of attacking.

“I thought we didn’t possess well in the first half. We kind of played kickball back and forth. But in the second half, our forwards started to possess, started to pass and that helped us control the game.”

Spring Lake added an insurance goal with 15:58 remaining when Peasely sent a centering pass to an open patch, and Batts sprinted ahead and scorched a shot to the upper right corner of the goal.

Reeths-Puffer had a golden opportunity to cut its deficit in half with seven minutes left to play when Amber Blaski had a breakaway on Lakers’ goalie Gracie VanLangevelde.

VanLangevelde charged off her line and dove at the ball, but couldn’t pry it loose, leaving Blaski with an empty net to shoot at. But she pushed her shot a little wide left and the Lakers dodged a bullet.

VanLangevelde matched Mattos’ brilliance in the first half when she leaped high into the air to nudge a dangerous shot off course. That save left her coach in awe.

“She’s always saying she hasn’t been flying in practice, and I keep telling her that you’ll do it in the game,” May said. “She sure did that on that save.” 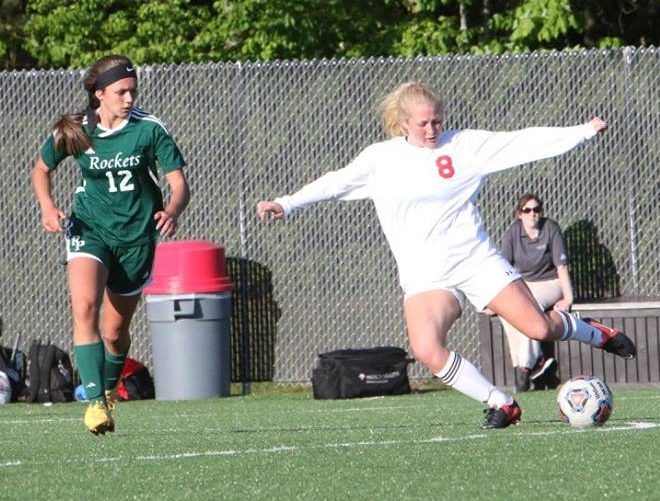 Kaley George winds up for the kick with Reeths-Puffer’s No. 12 Kendall Jones pursuing. Photo/Joe Lane 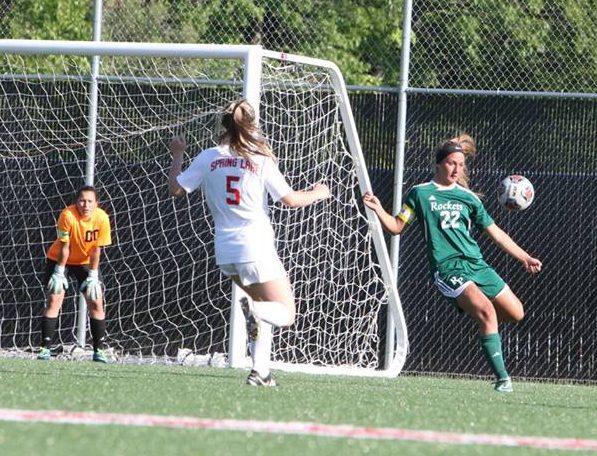 Lauren Jones gets ready for the kick for Reeths-Puffer with Spring Lake’s No. 5 Emily Batts trying to block. Photo/Joe Lane 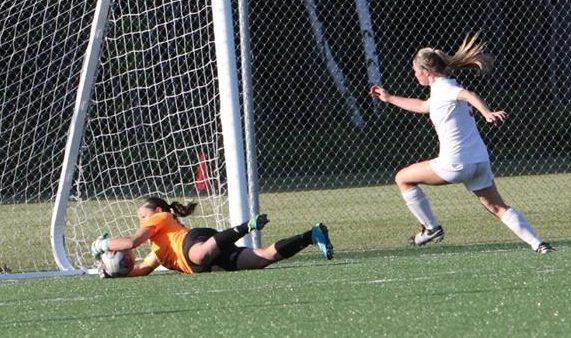 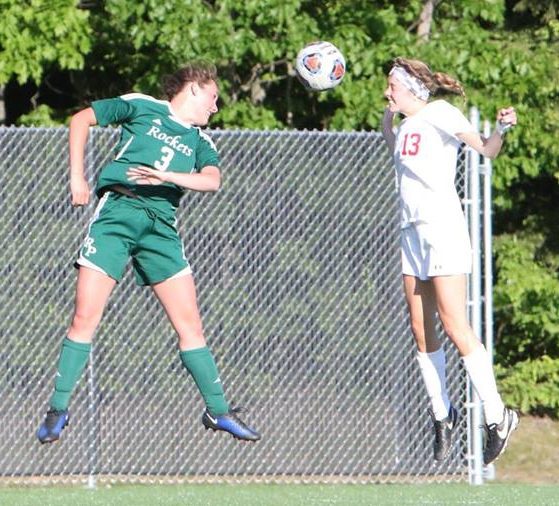