strategy simple in the second half:

Find TJ McKenzie, and get him the ball.

It worked out very well.

The Norse junior scored 22 second-half points, including 15 of his team’s 16 fourth quarter points, in a 63-55 district semifinal win over host Ravenna on Wednesday.

McKenzie finished the game with a career-high 39 points.

With the win, North Muskegon improves to 20-2 on the season, and advances to face Kent City for the Class C district title on Friday at 6 p.m. at Ravenna High School. 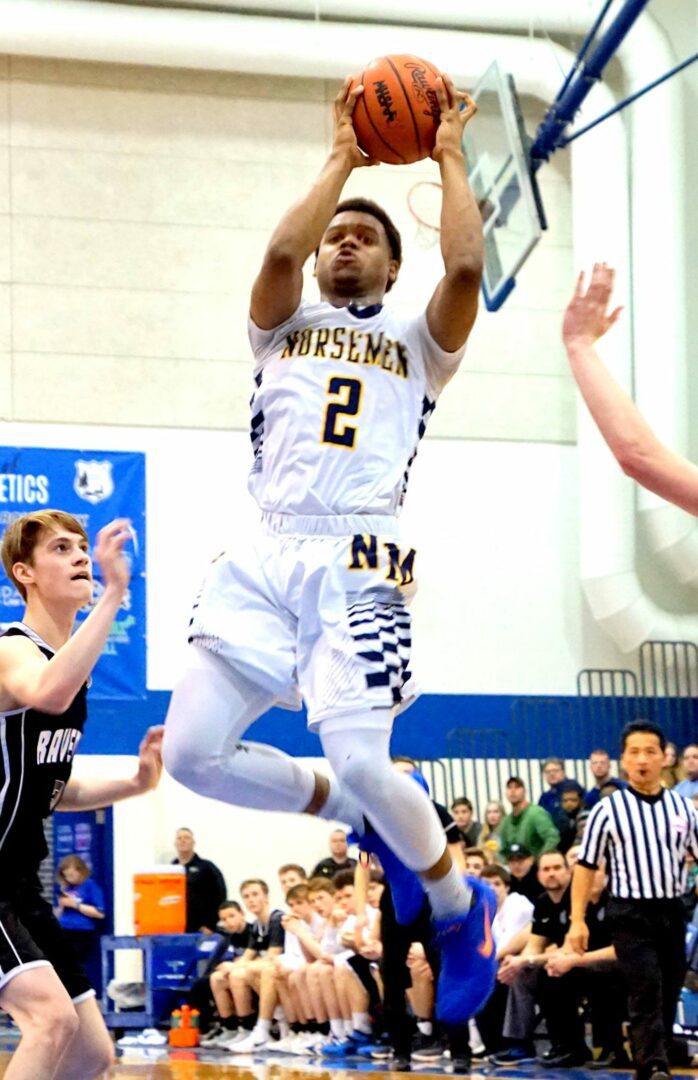 Kent City remained unbeaten on the season, and reached the finals, after a 48-38 win over Western Michigan Christian on Wednesday.

While it turned out to be McKenzie’s night, he was an afterthought in the opening quarter.

That’s because the Bulldogs had a shooting-star of their own. Sophomore guard Josh Cox scored 15 first quarter points on 6-for-6 shooting, including three 3-pointers, as Ravenna jumped out to a 21-17 lead.

“He’s been in a walking boot and hasn’t played in a few weeks,” Rypstra said of Cox. “And he’s tough once he gets going, and that was the problem – we let him get going.”

It paid off quickly, as McKenzie had steals which led to layups on consecutive possessions, and then hit his first 3-pointer of the game, giving the Norse a 26-25 lead with 3:20 left in the first half.

But the Bulldogs finished off the second quarter on an 8-4 run to take a 33-30 lead into halftime.

That lead did not last long into the second half. McKenzie and Jesse Cooke hit 3-pointers to give the Norse a lead they never game up.

Ravenna, which hit six 3-pointers in the first half, was held without one in the second half, and suddenly faced a 47-40 deficit after being outscored 17-7 in the third quarter. 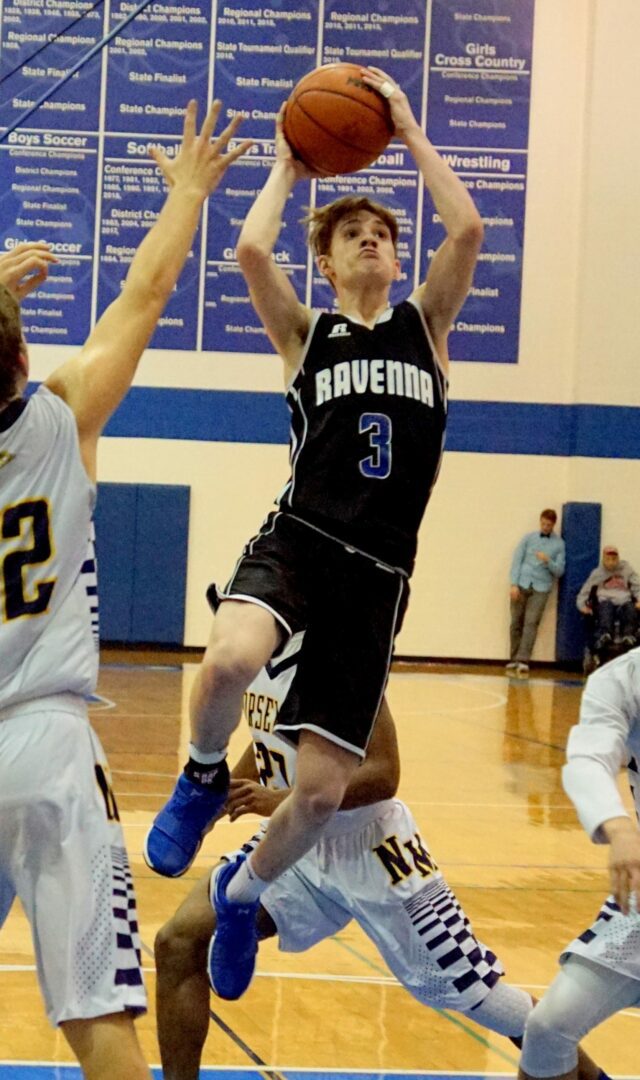 Carl Cox finds his way through the lane for Ravenna. Photo/Leo Valdez

“We play teams really even,” Rypstra said. “Except we have one burst. And that one burst came tonight in the third quarter. We had to get out on the perimeter and guard them, and in the second half we decided to get out there and guard them.”

Ravenna wasn’t quite done, however.

Cox scored eight of his team’s 15 fourth quarter points, and a 7-0 run by the Bulldogs with four minutes left cut the Norse lead to 53-49.

But North Muskegon stayed toe-to-toe with Ravenna down the stretch, outscoring the hosts 16-15 in the fourth quarter, to nail down the victory.

“What really set the tone for us tonight was our defense,” said McKenzie, who also had six steals and seven rebounds. “Once we got that going we could feed off that energy.”

John Hayhurst had eight rebounds for the Norse while Cooke finished with seven boards.

Cox finished with 27 points for Ravenna, which finished the year at 11-10. Nicholas Lieffers added 14 points and five rebounds and Joshua VanderWoude had six assists for the Bulldogs.