MUSKEGON – Most successful high school teams tend to be led by multiple seniors, with the underclassman taking a back seat.

For the Western Michigan Christian volleyball team, the roles are reversed. 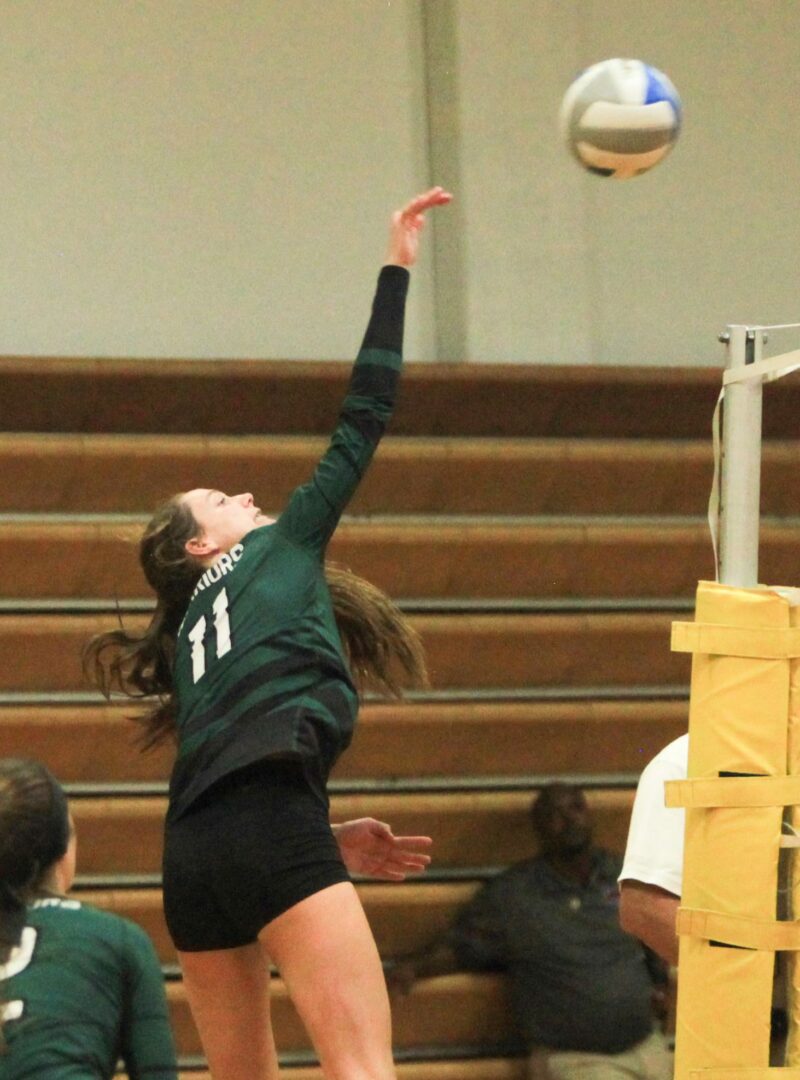 With only three seniors on the roster, the Warrior underclassmen have to step up, and that’s exactly what they did en route to a 3-0 sweep of host Muskegon Catholic Central Tuesday night, winning 25-17, 25-20, and 25-12.

“I feel comfortable with any sort of lineup I can put out there,” said WMC Coach Trent Smillie, whose team improved to 17-6-1 on the season. “When you have a young team and can say that, it makes my job as a coach a lot easier.”

Coach Smillie believes there could be something special about this group of girls on his roster.

“This is probably the deepest Warrior team I’ve ever seen,” he said. “It allows us to have some very good practices where we can get game-like competition. That’s been really key.

“I try to coach the exact same way in games as I do in practice. I’ve found that that keeps the girls engaged better. They don’t ever see a different side.”

Muskegon Catholic is also led by mostly underclassman, but the Crusaders seem to be in more of a development phase at this point of the season.

“We haven’t had a lot of games yet this year,” said Crusaders coach Laura Farrell, whose team fell to 7-7. “So that’s been tough. Not getting the younger girls enough time on the court can be challenging.”

Farrell said she’s ready for the schedule to ramp up, to see what her girls can do.

“We play some nice competition to end the year,” she said. “As a Class D team, we have a nice schedule of Class C and B teams, so hopefully that will prepare us for the tournament.”

In the first set, the Warriors started off hot, with a nice service run from Chloe Mitchell that gave them a 10-1 lead and set them up for an easy win.

The second set was closer, but the third was much like the first, with WMC getting three kills apiece from Mitchell and Claudia Kingma to cruise to the win and seal up the match.

Kingma and Anna Sytsema led the WMC offense with seven kills apiece while Mitchell spread the ball around with 22 assists.

The Crusaders were led by Kyra Tyler with five kills with Amelia Heminger had 15 assists. 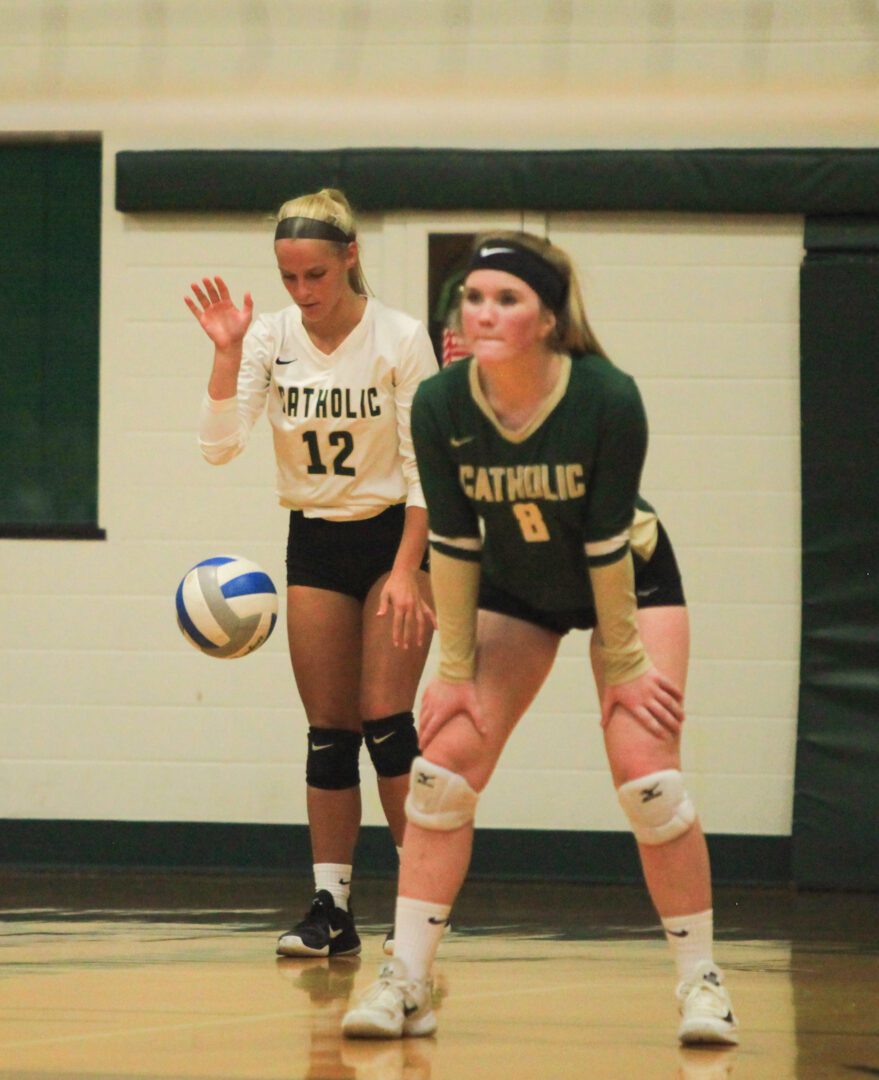 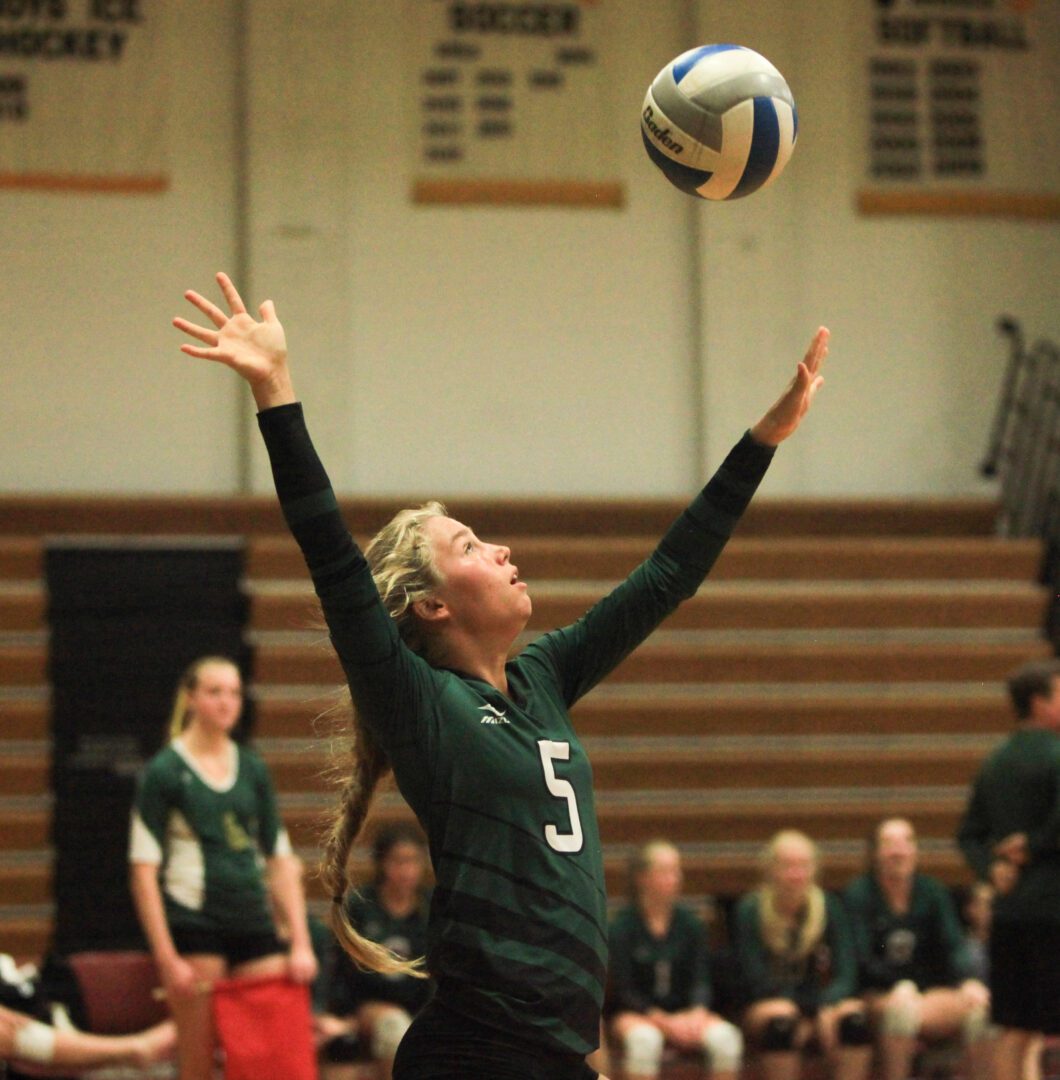 Carli Betten gets ready to serve for WMC. Photo/Jason Goorman 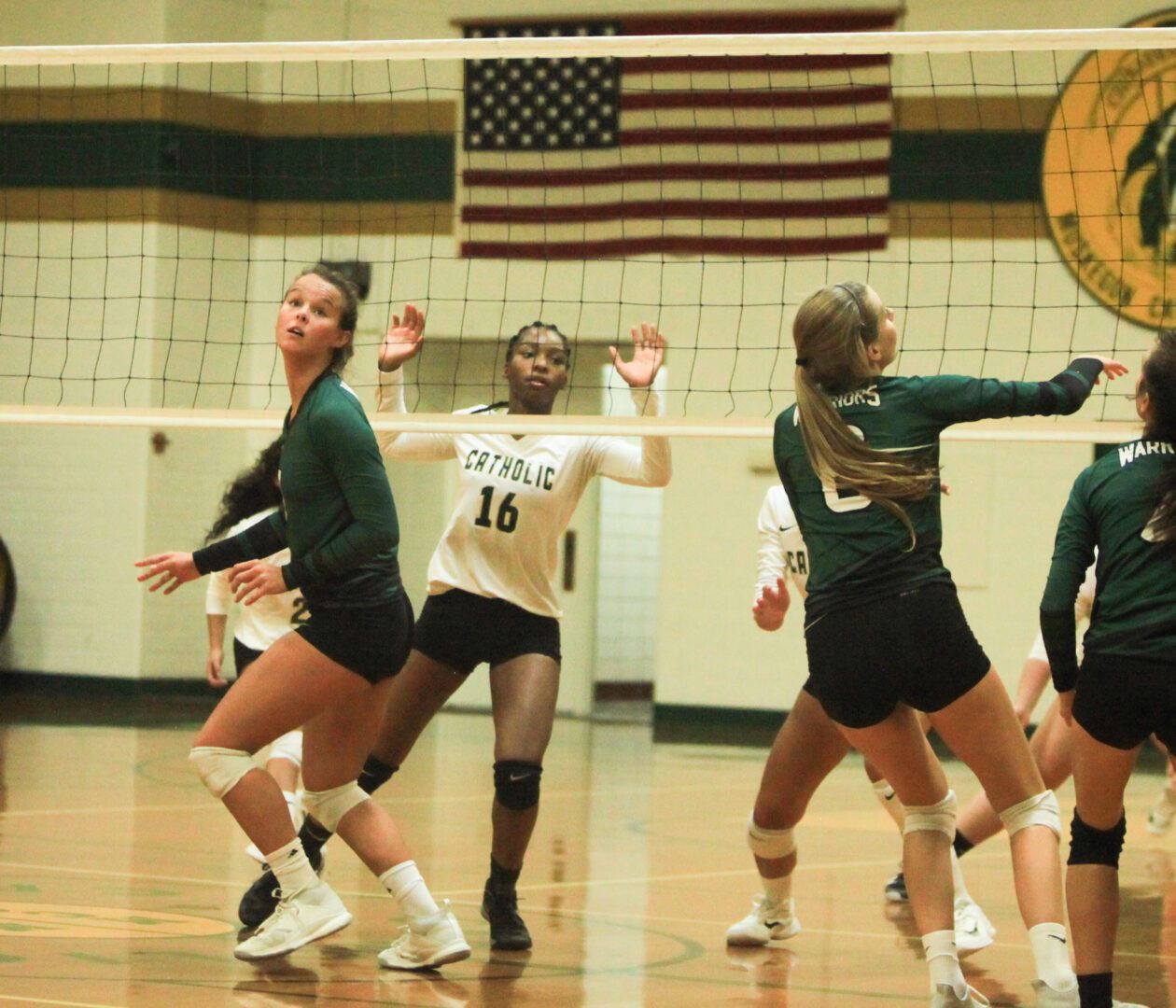 WMC’s Chloe Mitchel looks back after setting up No. 6 Eden Tencate at the net while MCC’s No. 16 Calvin’Nae Simmons watches at the net. Photo/Jason Goorman 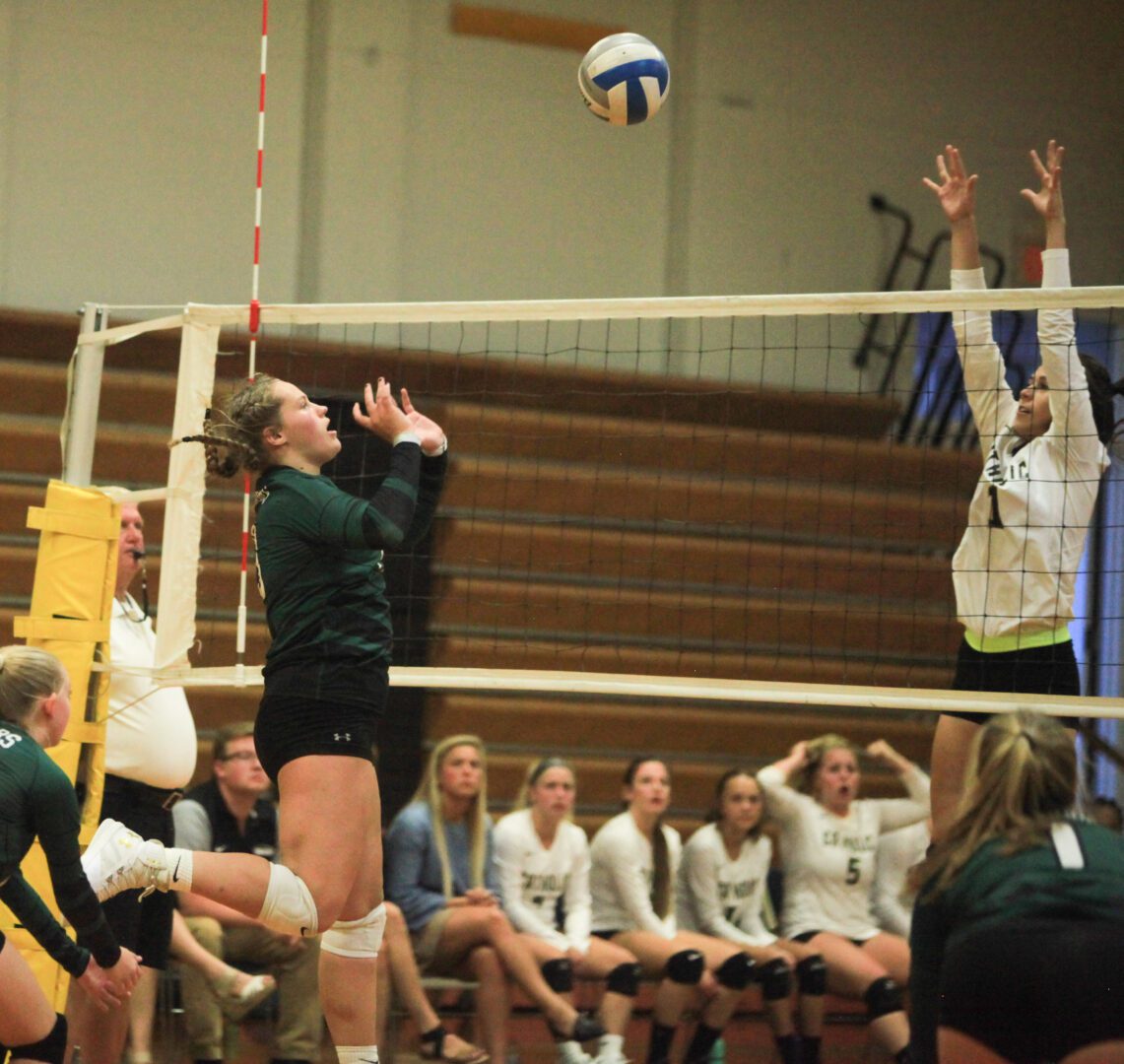 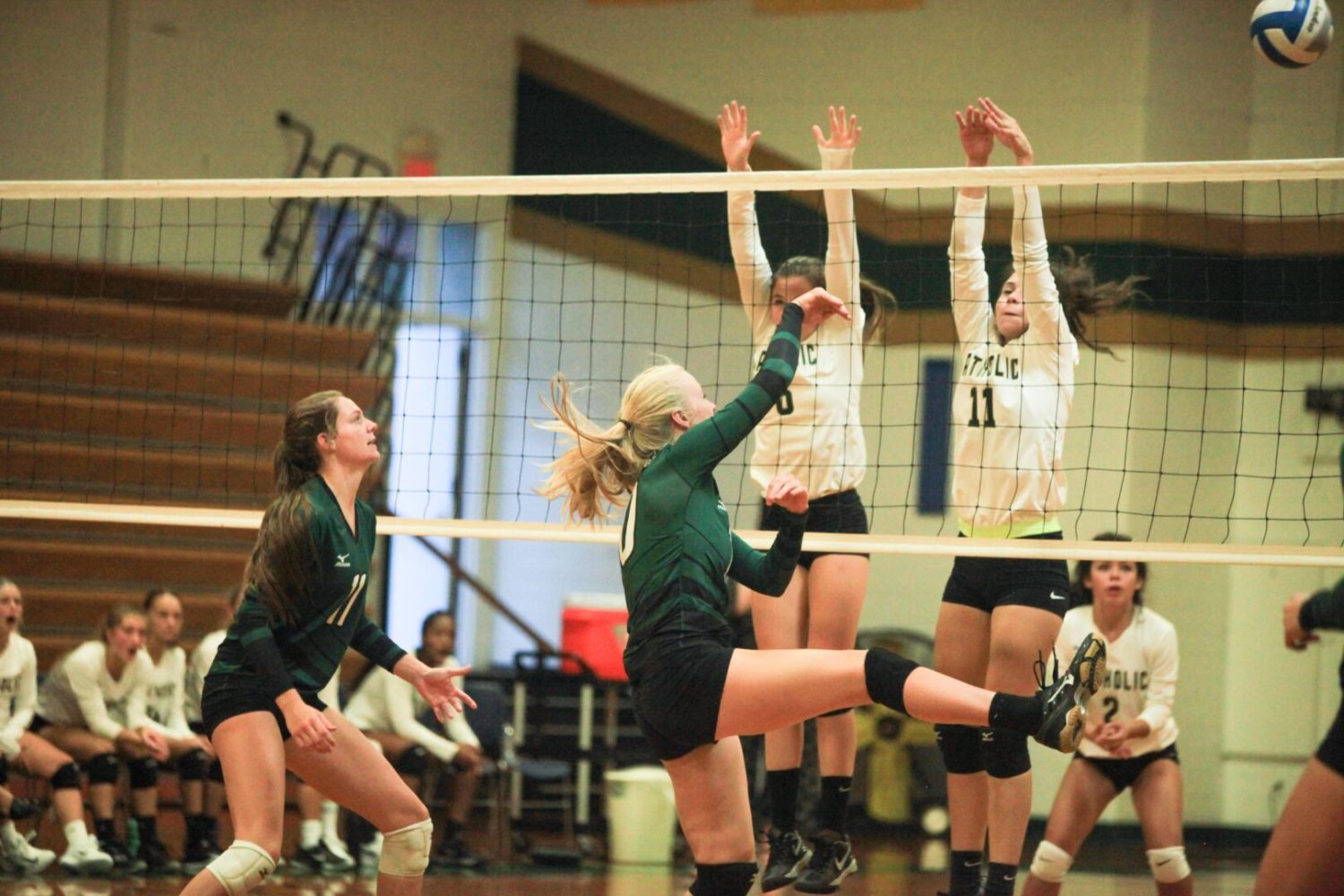 WMC’s No. 11 Claudia Kingma watches Taylor Folkema follow through after getting the shot past MCC’s No. 11 Hazel Rodriguez and Anna Riegler at the net. Photo/Jason Goorman 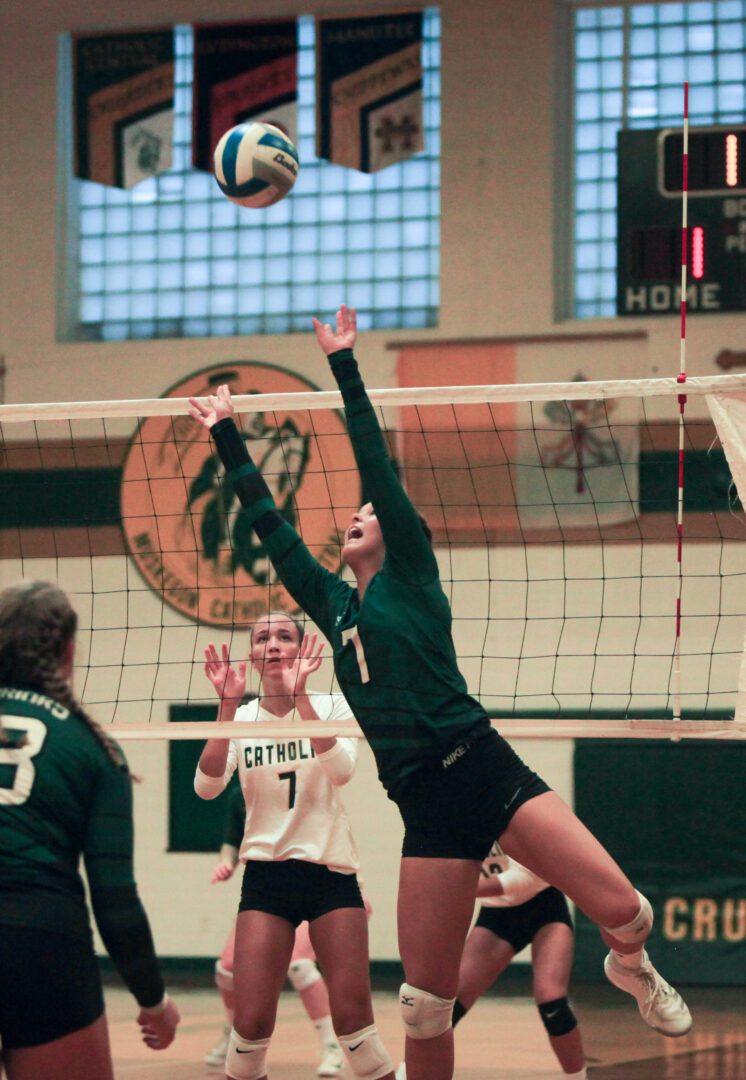 Chloe Mitchell sets up a teammate while MCC’s No. 7 Kyra Tyler waits at the net. Photo/Jason Goorman 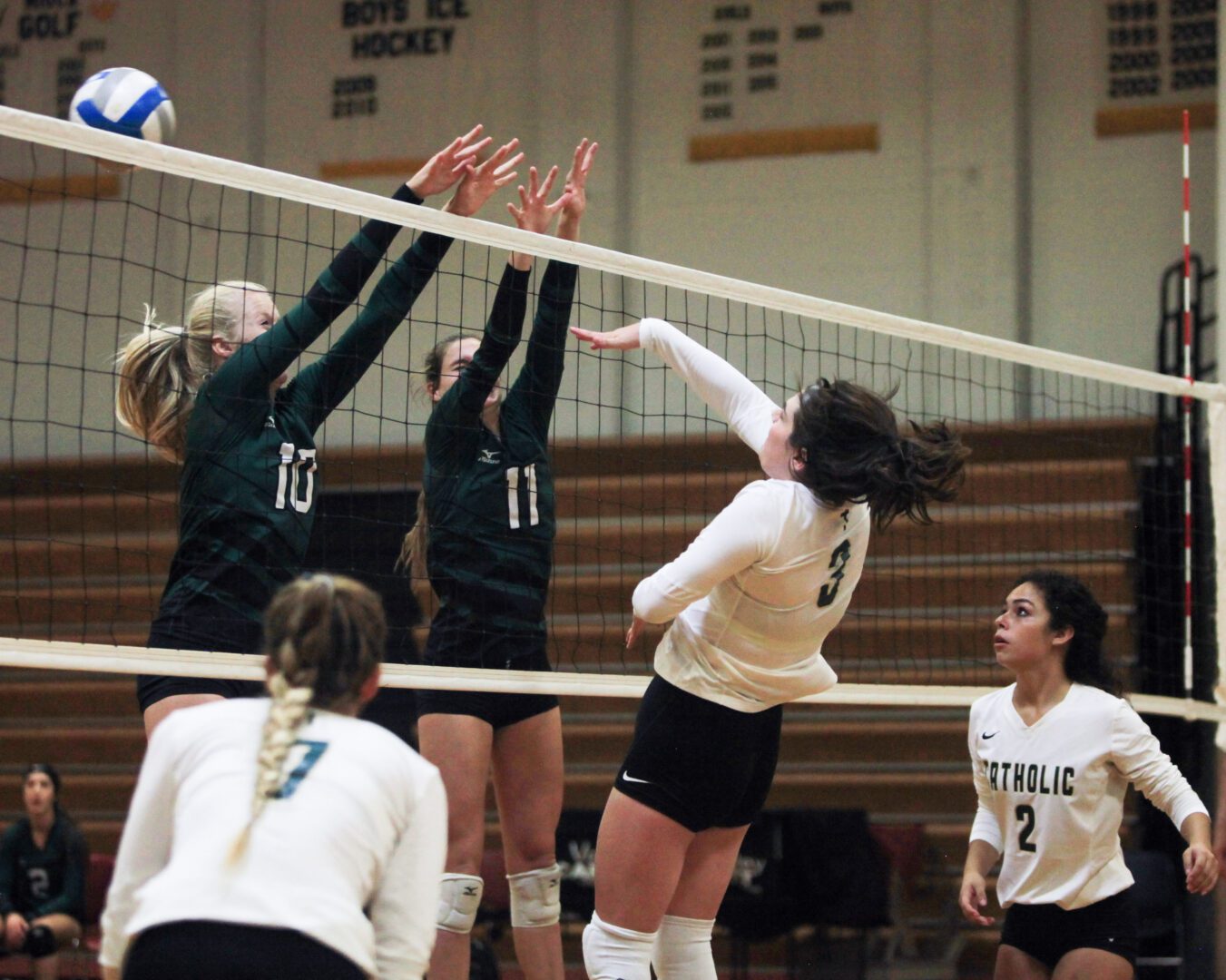 MCC’s No. 3 Maria Modaff spikes the ball past WMC’s No. 10 Taylor Folkema and No. 11 Claudia Kingma. Photo/Jason Goorman 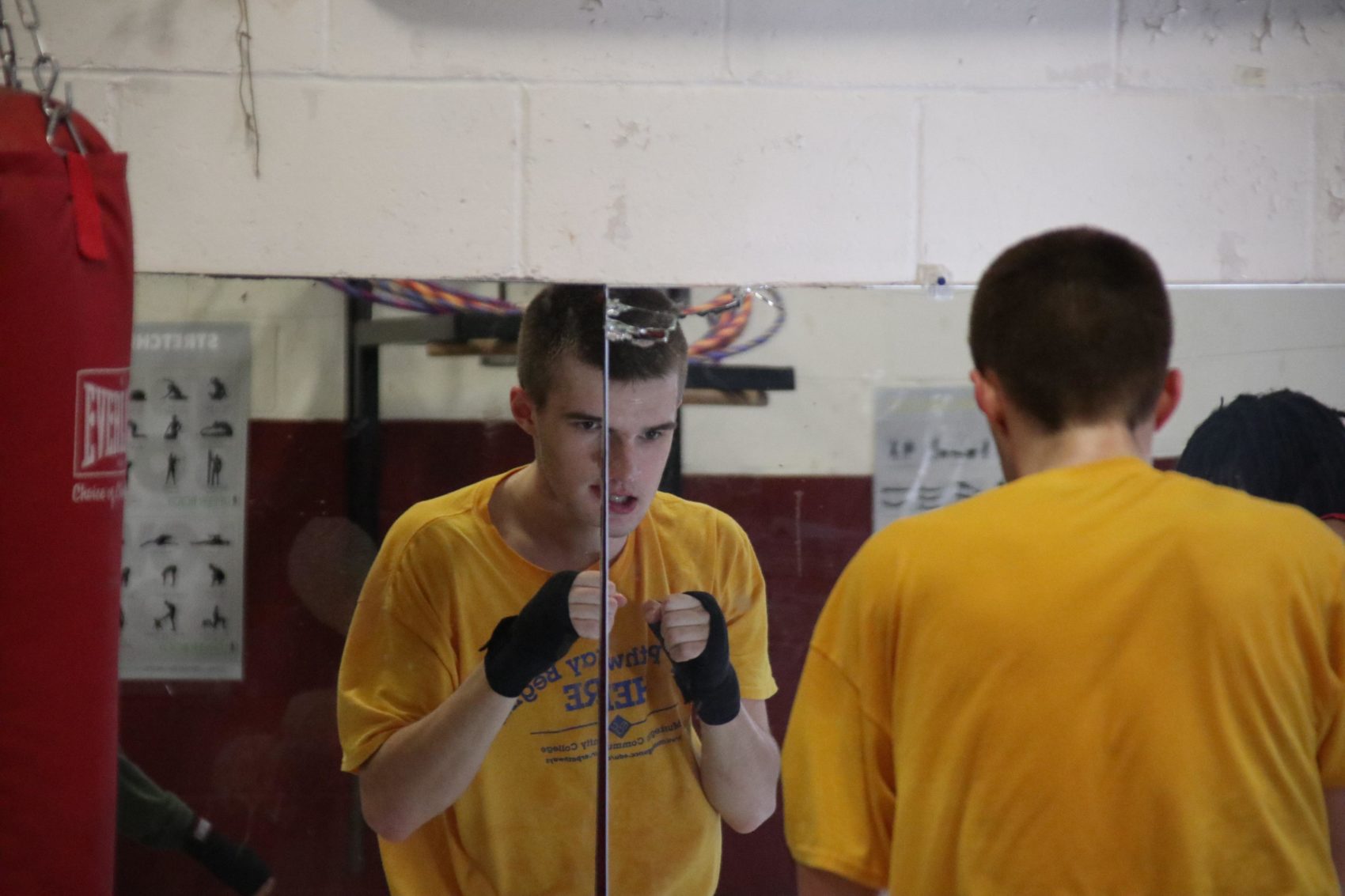