championship this weekend in the 189-pound weight class.

After all, that was his weight class last season, when he finished eighth in the state in Division 2. 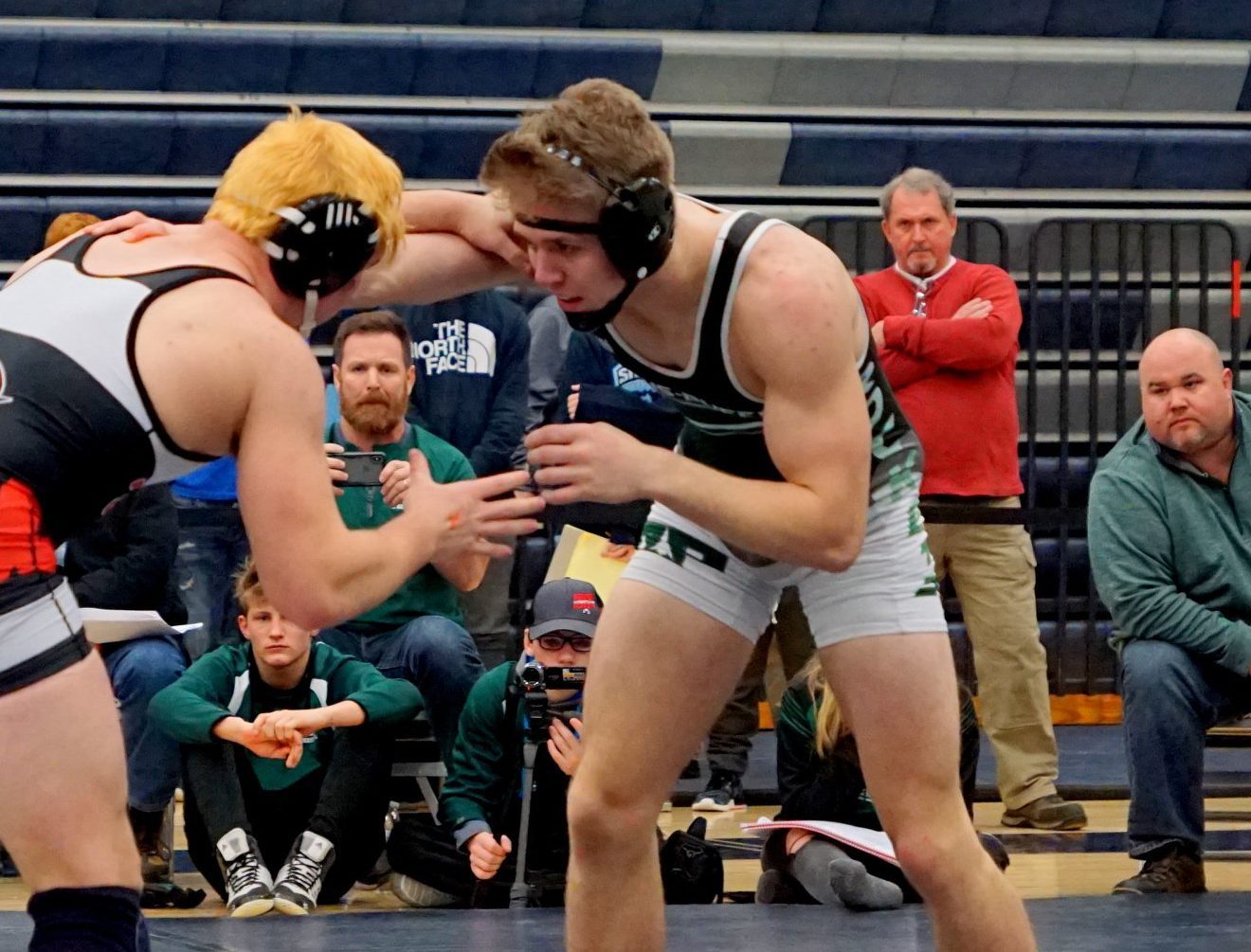 But the Reeths-Puffer squad had another very good wrestler at that weight this season – Gerrit Andrus – who is also a close friend of McCall’s.

So McCall happily moved up a weight class, to 215, where the competition is obviously a little bigger and harder to move around. But that hasn’t made any difference for him.

He’s had a great junior season, posting an outstanding 42-1 record and winning city, conference, district and regional championships at 215 pounds.

Now he enters this weekend’s Division 2 Individual State Finals at Ford Field in Detroit ranked third in Michigan in that weight class, and is considered among the favorites to win the title.

The bottom line is that McCall is a great high school wrestler, regardless of what weight class he competes in.

“It’s probably a little bit harder (at 215), but my teammate is at 189, and I could have hurt his season,” McCall said. “If I had gone there, he and I could have ended up wrestling each other to qualify for state.”

McCall says he’s not worried about the competition at 215 pounds, even if he’s a few pounds lighter than some opponents, because other factors are more important than bulk.

“I like to think I have a little more skill than a lot of other people,” said McCall, who heads for the state finals weighing 197 pounds. “I rely a lot on speed and strength, and I’m stronger than a lot of those guys.”

McCall is the son of Jim McCall, a three-time state qualifier for Reeths-Puffer back in the day, so it’s not surprising that he took to the sport and started wrestling at a very early age. 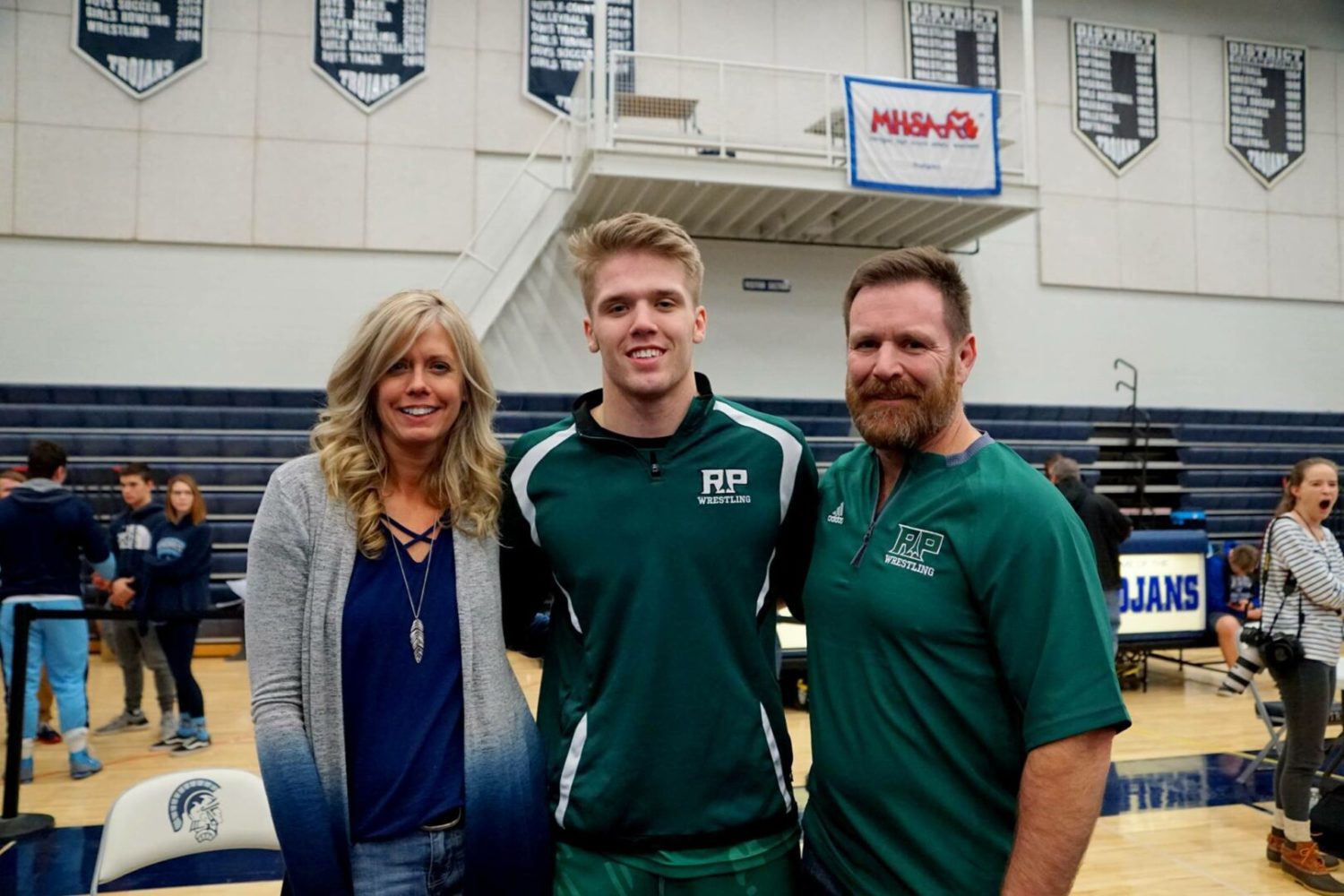 McCall with his parents, Jim and Wendy McCall.  Photo/Leo Valdez

“I started around first grade, as soon as I could,” he said. “My dad kind of encouraged it a lot. I was always kind of a bigger kid for my grade, and I just won a lot. It’s really easy to do a sport when you win a lot. And I had really good coaches when I was little who encouraged me.”

He said his dad has been a constant presence throughout the years, helping him excel at every level of wrestling. Jim McCall comes to most Reeths-Puffer practices and works out with Hunter, as well as several of his teammates.

“He’s there almost every day he can be,” McCall said. “He helps out a lot – me, Gerrit (Andrus) and any of the other guys he can help.”

“Winning in the eighth grade was the first step in my goal to win at the next level,” he said. 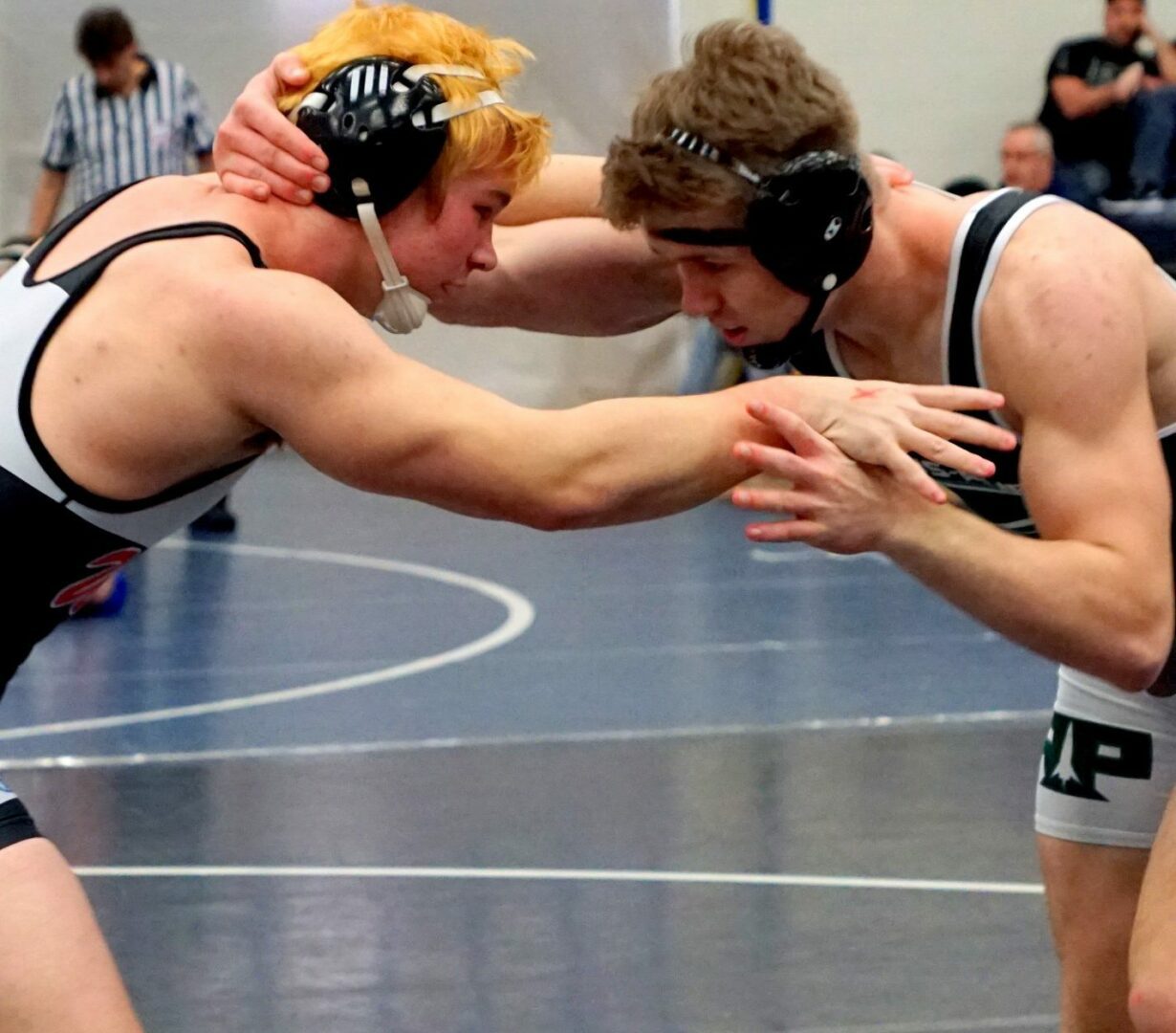 McCall locks up with Powers during the GMAA City Wrestling Tournament in January. Photo/Leo Valdez

But this year he broke through by winning top honors at regionals, which was the highlight of his career, at least so far.

Now he thinks he has a great shot to become a state champion. And he has a lot of motivation to go out and earn that honor, for himself, his team and his school.

McCall and four teammates – including Andrus – will join 43 other local wrestlers who qualified for the state finals.

Reeths-Puffer wrestling coach Matt Brink has never had a state champion in his 13 years on the job, and he’s more than ready to break that drought.

He thinks McCall has a great chance to do that this weekend, because of his work ethic and tireless effort over the years.

“He’s put in a lot of time and work, and has God-given ability,” said Brink, who was a state champion wrestler himself at Fruitport High School. “To me, (having a state champion) would be the biggest thing. It shows you are doing something right by helping a kid reach that level.”