MUSKEGON – Soccer often comes down to which team can convert its opportunities, and on Saturday the 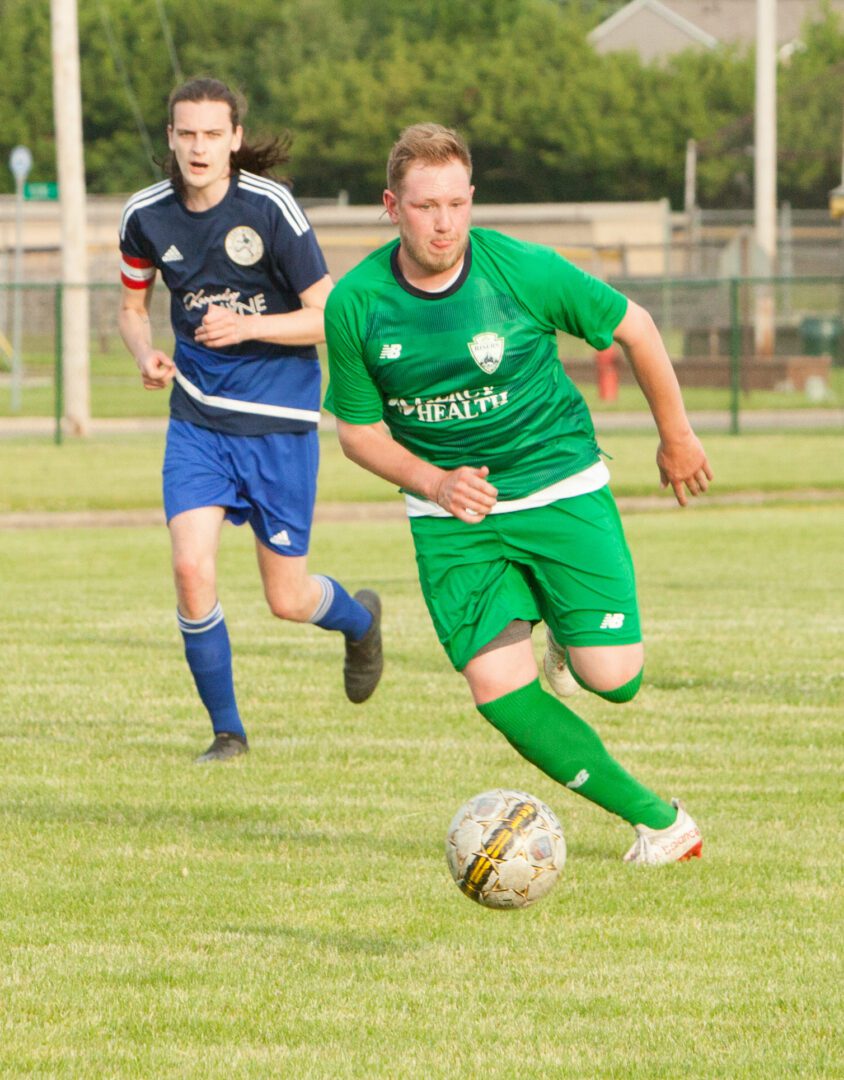 While a 3-0 game seems decisive, the Risers were only outshot 11-9 in the loss.

“They finished their chances,” said Risers head coach Matt Schmitt about the difference in the loss. “We had a lot of really good moments, but just didn’t put the ball into the back of the net. That’s adversity and it’s going to happen in the game of soccer.”

The first Riser scoring chance came at the 26 minute mark when Ryan Wagenmaker broke past the defense and had a breakaway.

His shot was ultimately stopped, and a Riser rebound opportunity was shot into the post, keeping the score at 0-0.

Only a minute later Muskegon had yet another sharp shot bounce off the post.

Fort Wayne took a 1-0 lead at the 33 minute mark when Jackson Didion found the back of the net.

At halftime the score remained 1-0 in favor of Fort Wayne, even though Muskegon outshot the visitors 5-4 in the first 45 minutes.

Three minutes into the second half, Didion took a corner kick and found Max Rowely, who riffled a shot into the back of the net to extend the Fort Wayne lead to 2-0.

The final goal of the night came from Drake DeWitt, who scored in the final two minutes to clinch the 3-0 Fort Wayne victory.

“I think we were very deliberate in our attack,” said Schmitt about what the Risers can take from the loss, which makes their record 1-1 in the outdoor season. “We did a lot of what we wanted to do. We combined well and possessed the ball well. We really did everything we wanted to do from start to finish, but a bad bounce led to their first goal and we weren’t checked in on the set piece for their second goal.”

The Risers will play Livonia City FC in a home game on Saturday June 22. 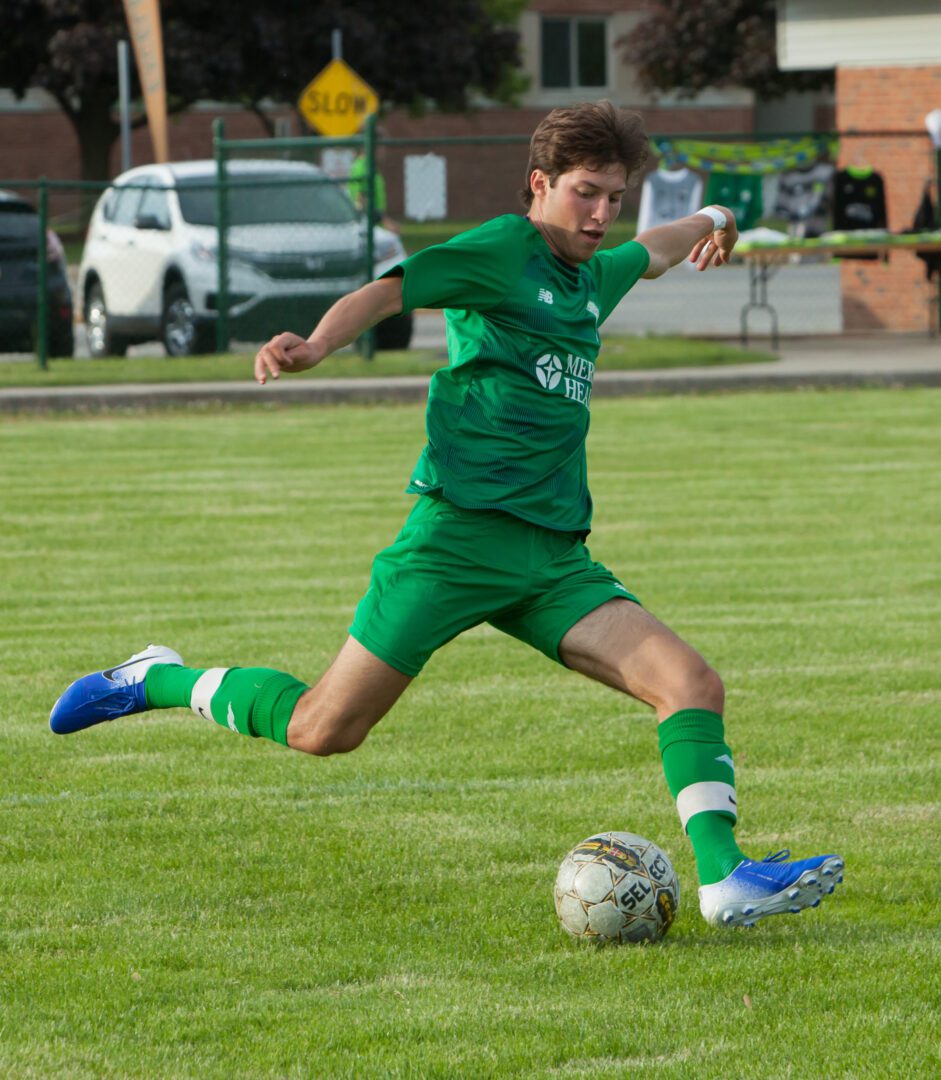 Kadin Shaban gets ready to send a cross pass toward the net for Muskegon. Photo/Jason Goorman 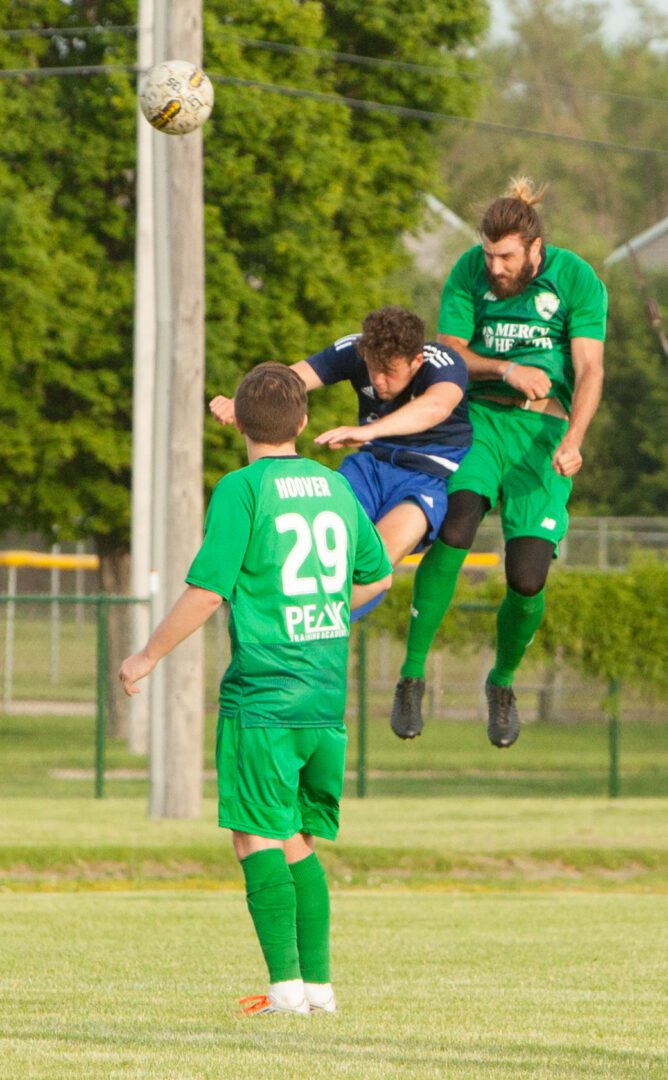 Michael Schmitt gets up for a head ball for the the Risers. Photo/Jason Goorman