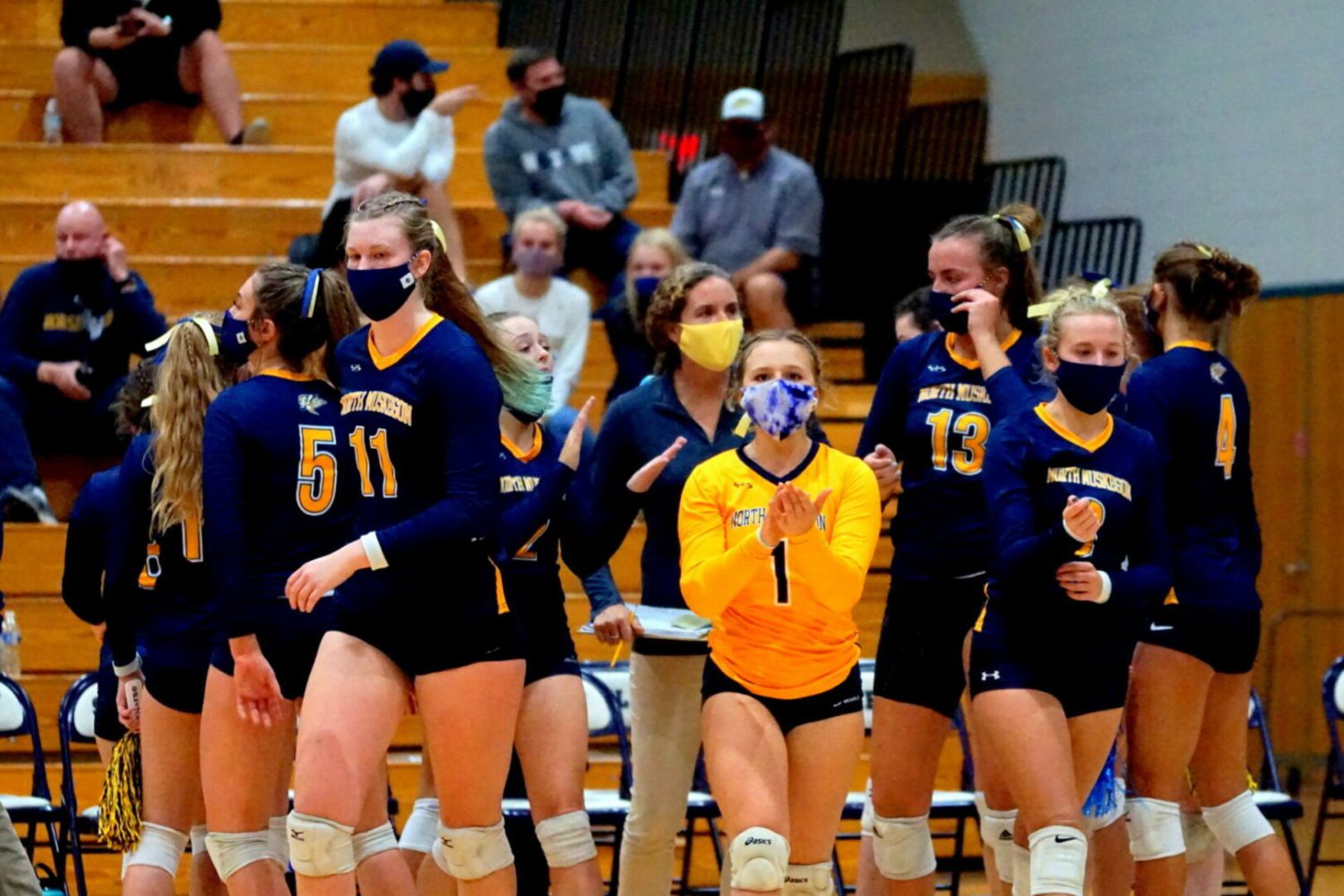 SHELBY – The North Muskegon volleyball squad had a very good 2020 season, winning its first district title since 2018 and finishing in

But the season came to an end for the Norse on Tuesday in a four-set loss to Grandville Calvin Christian in a Division 3 regional semifinal match at Shelby High School. 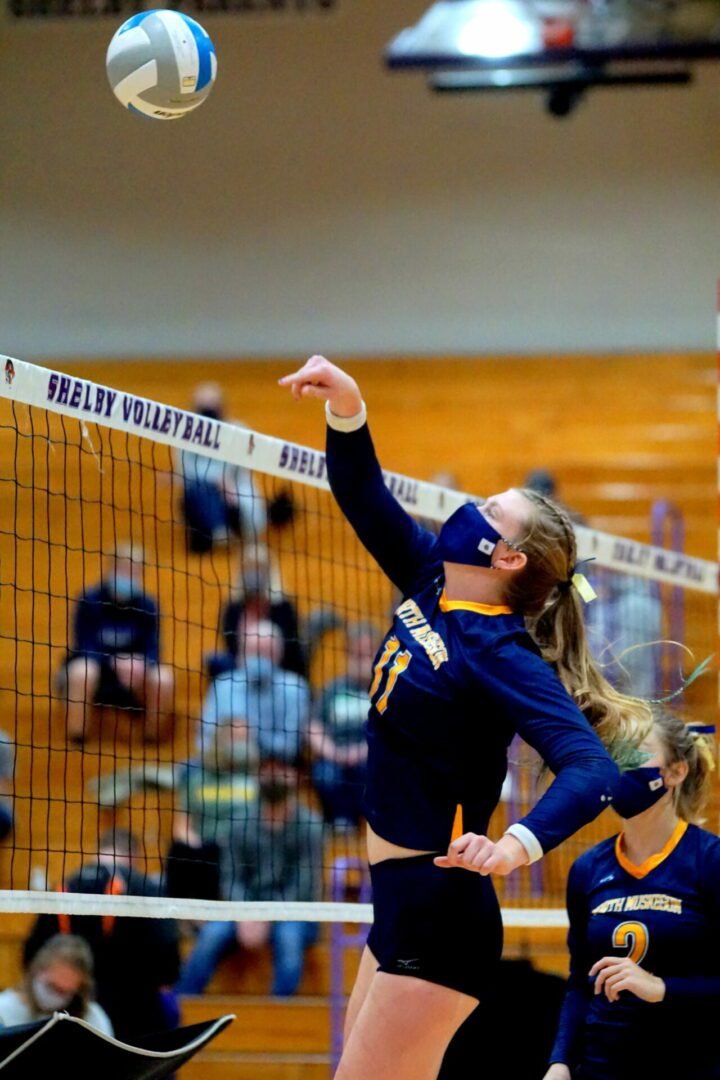 “They served really well tonight and we couldn’t pass,” said North Muskegon coach Heather Claussen, whose team finished the season with a 24-13 record. “When you have an off night against a good team it’s not going to go well for you. It’s how it goes when you get this far.”

North Muskegon managed to cut its deficit to 24-20 on a service run by Sami Baker, but gave up the last point of the set by hitting the ball out of bounds.

The Norse forced ties of 23-23, 24-24 and 25-25 before hitting the ball out of bounds to fall behind 26-25. Calvin Christian scored the final point of the set on a block by Hope VanderHeide.

North Muskegon bounced back in the third set, jumping out to an early 8-3 lead on service runs from both Megan and Emma Houseman.

The Norse maintained the advantage throughout the set despite Calvin Christian cutting its deficit to 10-9, 15-14 and 16-15.

North Muskegon closed out the win with a 9-3 run, fueled by service runs from Emma Houseman and Syann Fairfield.

“I was really hopeful after we won the third set,” Claussen said. “I have seen this team come from behind a lot this year.” 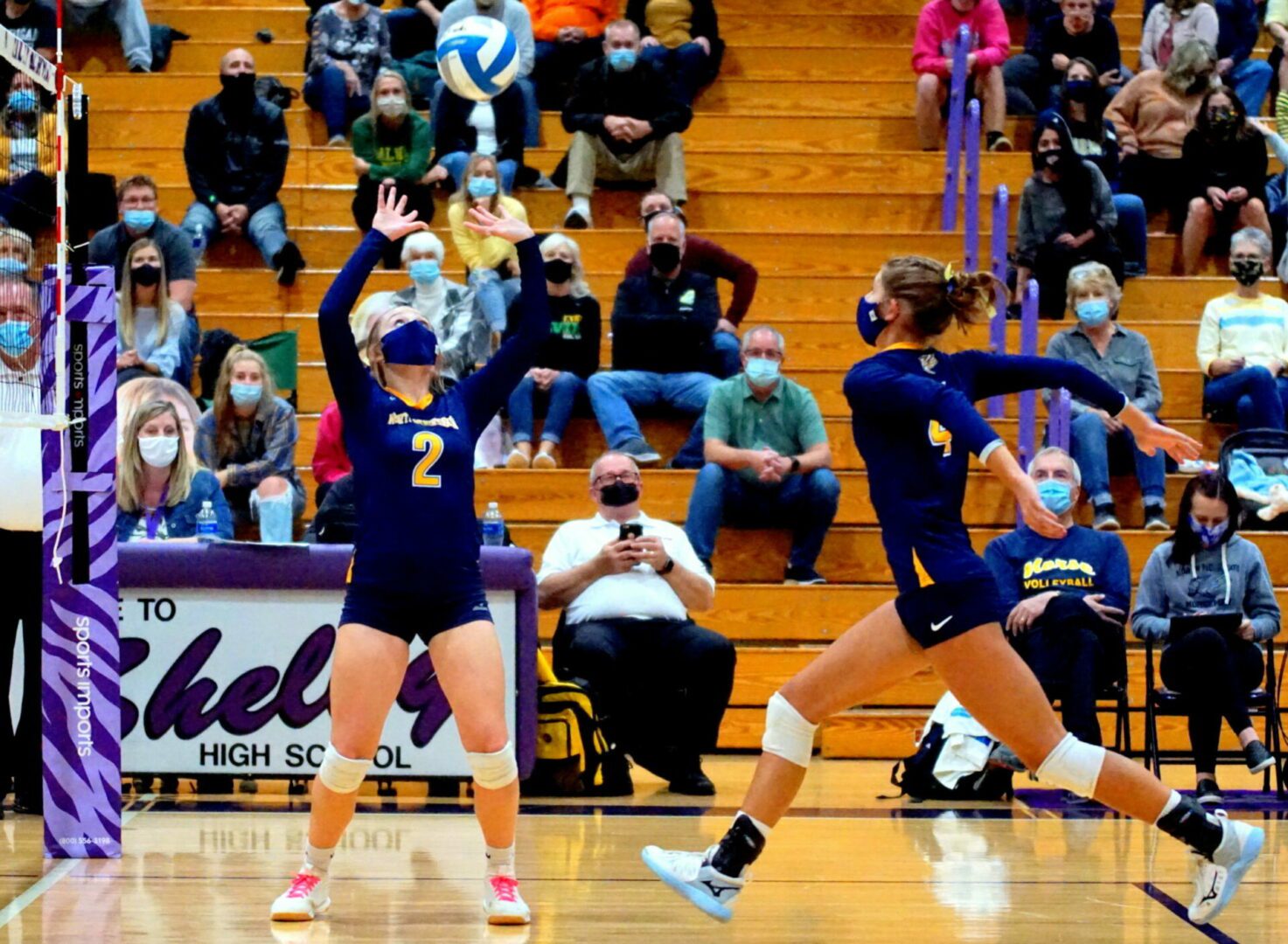 Natalie Pannucci gets up by No. 2 Emma Houseman. Photo/Leo Valdez

The Norse led 1-0 and 2-1 early in the fourth set, but failed to maintain the advantage.

The Squires closed out the match by scoring the final five points.

North Muskegon was led by Fairfield with 18 kills while Natalie Pannucci added 10. Emma Houseman chipped in with 40 assists and Grace Vander Woude had 19 digs.

Calvin Christian will play Morley-Stanwood on Thursday in the regional finals at Shelby High School.