Clippers fall way behind again, but fail to complete the comeback this time, falling 8-4 to the Royal Oak Leprechauns

MUSKEGON – They say lightning rarely strikes twice in the same place, even when conditions are highly favorable. That was certainly the case for the Muskegon

The Clippers took an early one-run lead, then allowed eight unanswered runs, a lot like they did on Tuesday night against the Lima Locos. 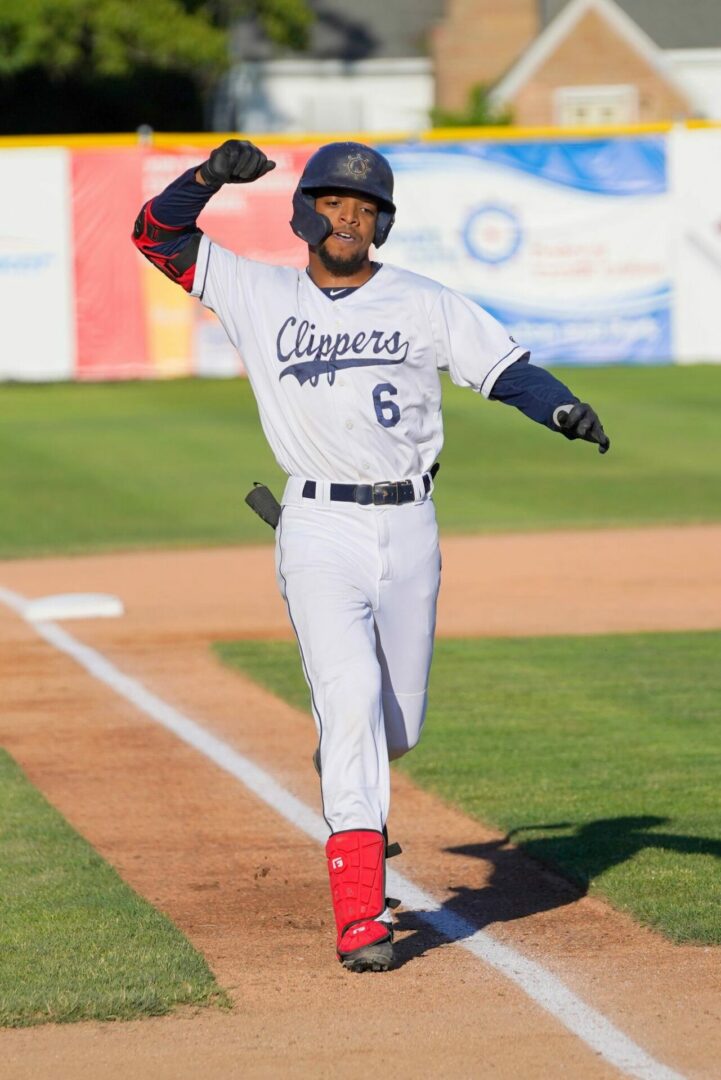 Chase Bessard trots in after belting a home run for the Clippers. Photo/Leo Valdez

But on Tuesday they overcame their bad fortune by rallying for an incredible victory. On Wednesday they started another comeback but couldn’t complete the task, falling 8-4 to the Royal Oak Leprechauns at Marsh Field.

The defeat dropped the Clippers to 6-6 on the season. Muskegon will close out its home stand on Thursday with a 6:05 p.m. game against the Grand Lake Mariners.

“Well we didn’t play very well, and then they got away from us in the end,” said Clippers manager Walt Gawkowski. “I told the guys that we have to find a way to keep it close, so they would have a chance late in the game with a base hit or a mistake by the opponent. But we gave away too many toward the end.”

The Clippers opened the scoring in the first inning with a solo home run from Chase Bessard.

The score remained 1-0 until the seventh inning when the Leprechauns collected three runs, scoring on a wild pitch, an RBI double by Sam Busch, and on a double steal with runners at the corners.

The Leprechauns added another five runs in the eighth, scoring on a two-run single by Andrew Delaney, an RBI single by Noah Stout, and a two-run Muskegon error. Suddenly the visitors had an imposing 8-1 lead.

The Clippers attempted a comeback in the eighth inning, scoring three runs to cut their deficit to 8-4. The runs came on a pass ball and a two-run single by Noah Marcoux. 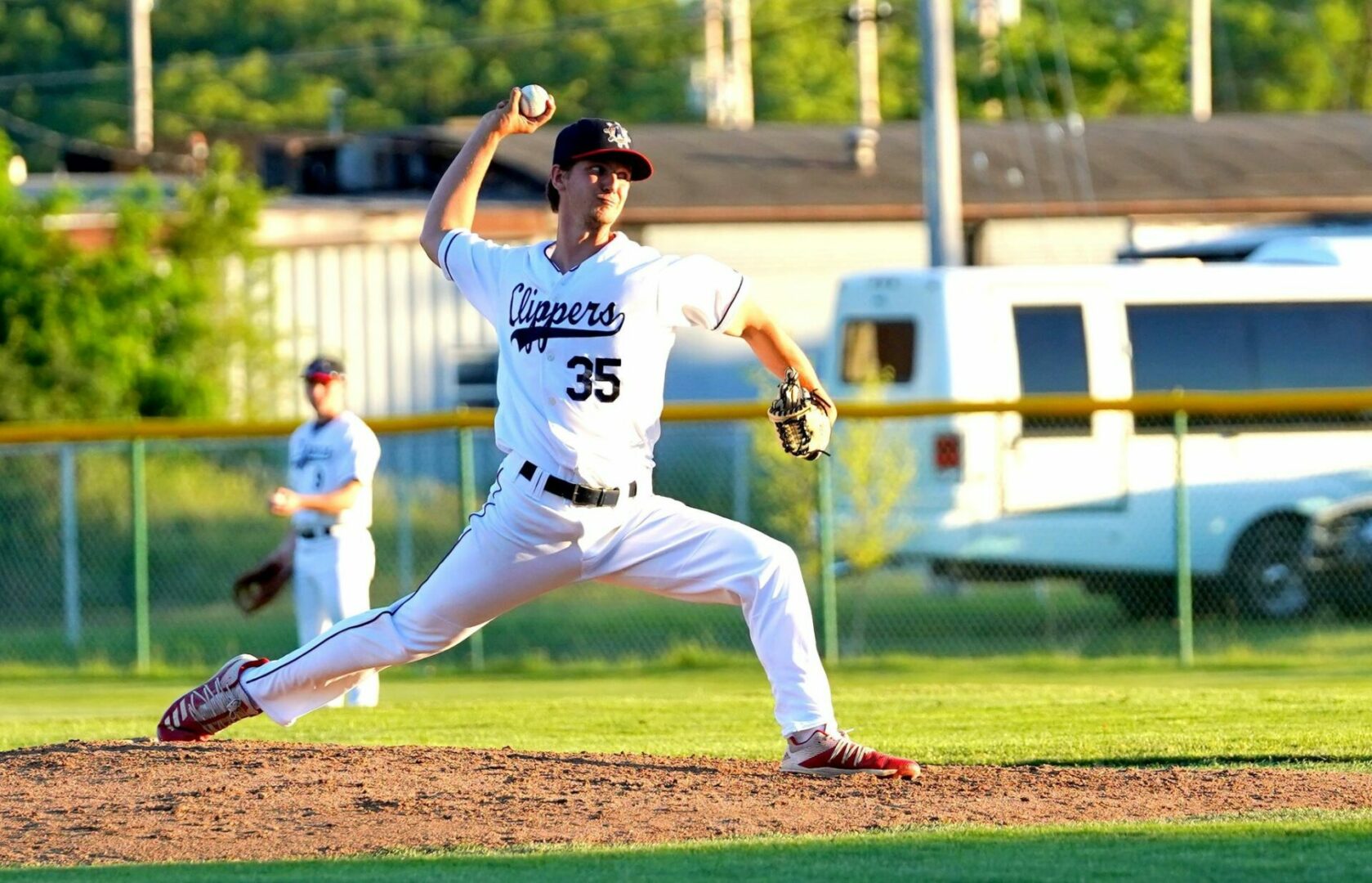 The Clippers put two runners on base in the ninth inning, but failed to push them across the plate. 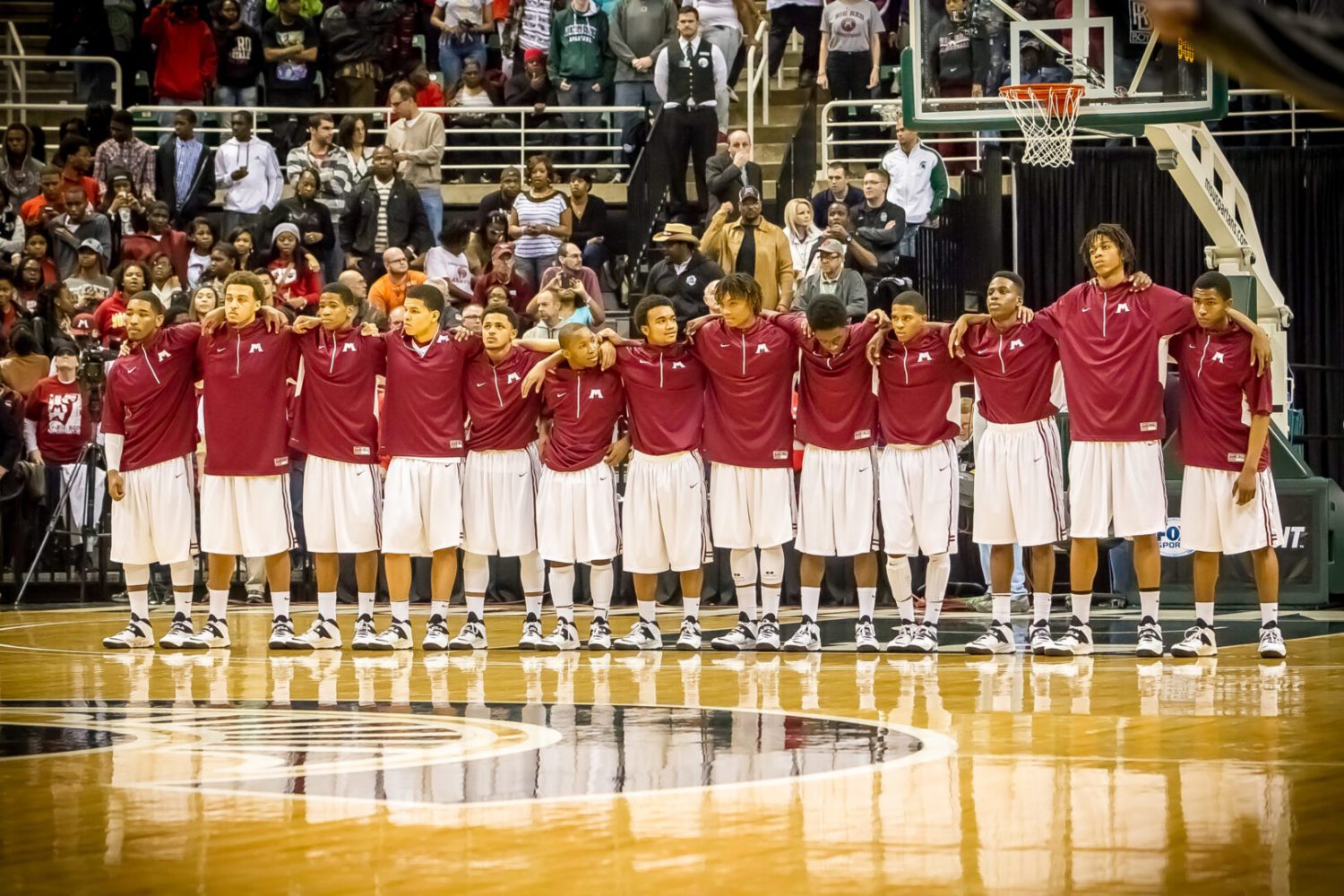