Whitecaps struggle at the plate against solid Dayton Dragon pitching 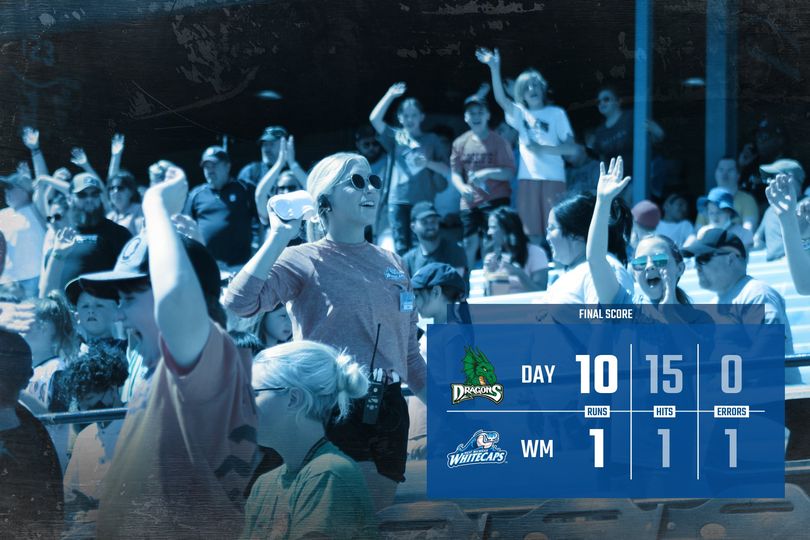 Whitecaps catcher Josh Crouch blasted his second home run of the season – the ‘Caps only hit – as West Michigan failed to advance a runner into scoring position while striking out 13 times.

Meanwhile, every Dayton batter reached base at least once as the Dragons advanced 23 runners into scoring position in the resounding victory.

Dayton starting pitcher Joe Boyle no-hit the Whitecaps through six innings with eight strikeouts, as the Dragons piled on six runs in the sixth – highlighted by a two-run double from Allan Cerda – extending their lead to 8-0.

Crouch added the Whitecaps only run with a solo homer in the seventh before Garrett Wolforth cracked a two-run double in the bottom half to increase the lead to 10-1.

Five out of the last seven ‘Caps batters struck out as Dragons closer Evan Kravetz set the side down in the ninth to secure the 10-1 win.

The Dragons improve to a league-best 27-12 as the Whitecaps fall to 18-22. The last time the ‘Caps were one-hit was against Boyle and the Dragons in a 3-2 loss on April 19th in Dayton, Ohio. The loss brings West Michigan’s record to 1-6 against the Dragons this season.

The Whitecaps continue this six-game series at LMCU Ballpark against the Dayton Dragons on Wednesday morning at 11:00 am.

Pitcher Jordan Marks gets the start for the Whitecaps.

Broadcast coverage with Dan Hasty and Nate Wangler starts on the Whitecaps Baseball Network at 10:45 am. Get your tickets for all 2022 home games now at www.whitecapsbaseball.com.