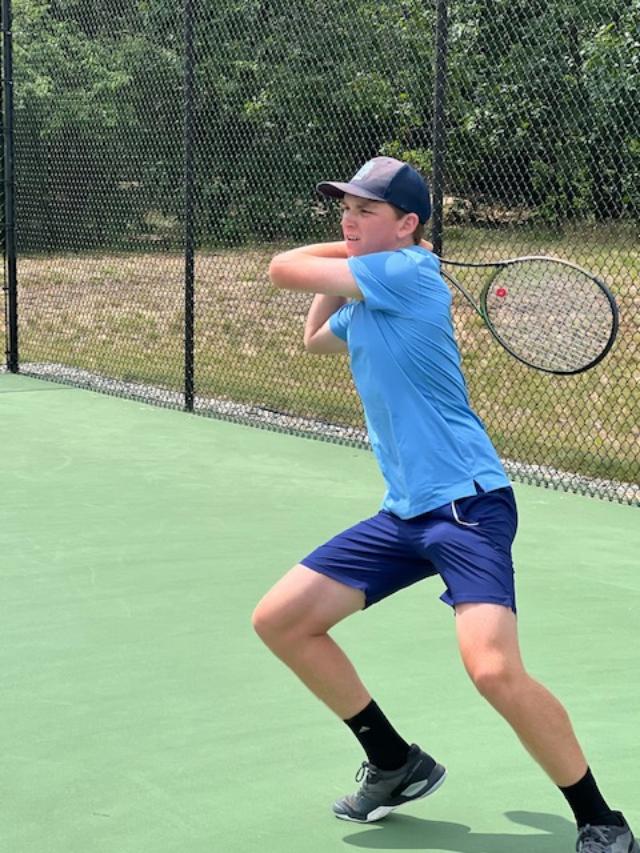 NORTON SHORES–Mona Shores junior Drew Hackney has been chosen as one of two boys to be honored as Local Sports Journal tennis players of the month for September.

Hackney is in his third year of playing No. 1 singles for the Sailors.

Thus far this season, Hackney has compiled a 14-0 record. (His record has not been updated since Sept. 25th).

During his sophomore season, Hackney finished 27-3 overall. He reached the state quarterfinals before being eliminated.

As a freshman, Hackney finished with an overall record of 21-6 and once again lost in the quarterfinal round at the state tournament.

“Drew is a true student of the game of tennis and loves the sport – watching, talking about, reading about or playing,” said his coach and mother, Traci Hackney.

“High school tennis provides an opportunity to be part of a team in a sport that is often a tad lonely (individual) and it is so rewarding to see Drew sharing his love of the game with his teammates and to see him encouraging and supporting them and they in turn supporting and cheering him on,” said Coach Hackney.

Drew is the son of Traci and Charlie Hackney. He has a 4.2 grade–point-average. He has passed all his AP placement exams with a 5.