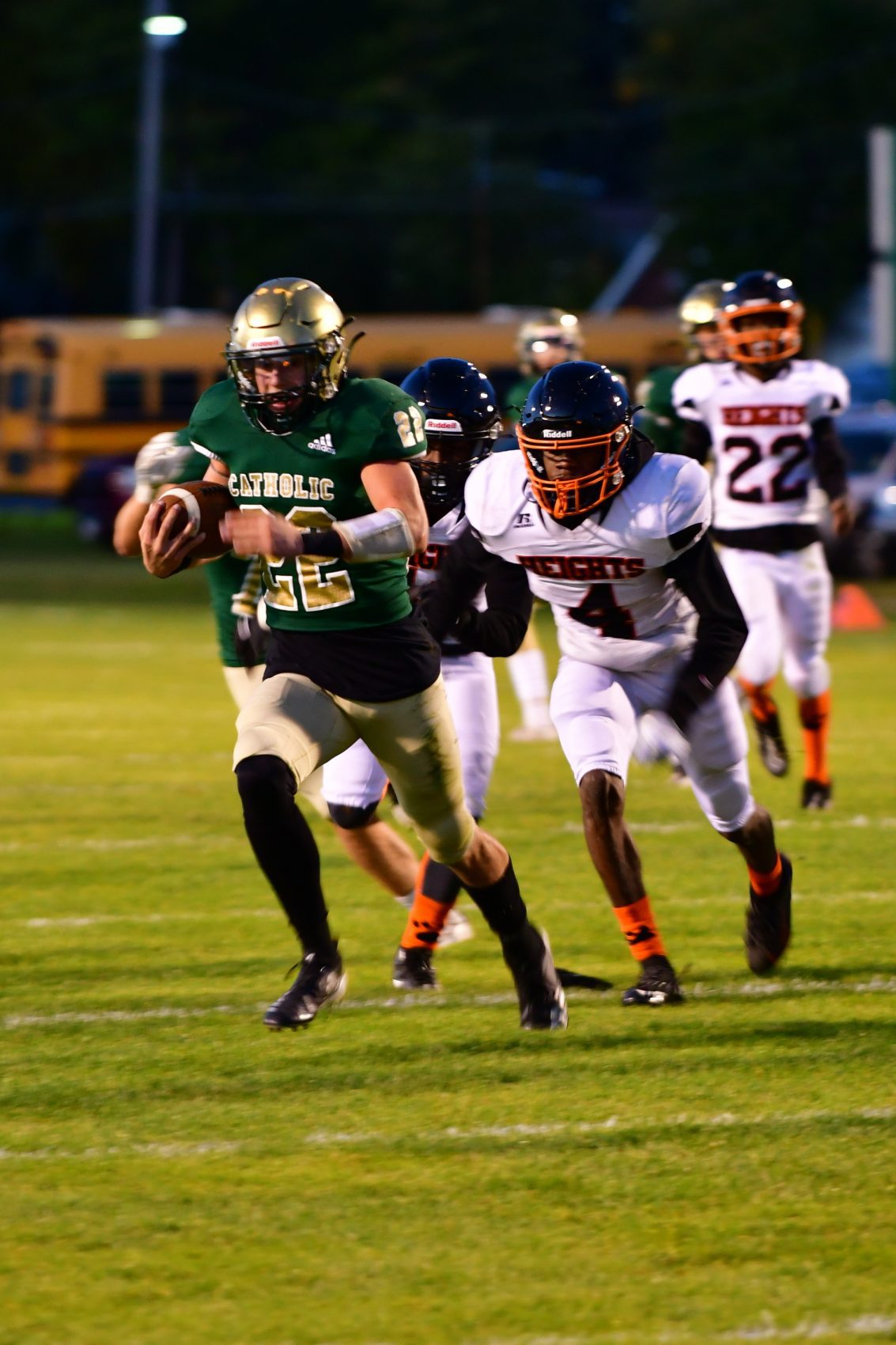 MUSKEGON — The host Muskegon Catholic Crusaders scored 35 points in the first half and cruised to a 41-8 victory over the Muskegon Heights Tigers.

MCC put up 21 points in the first quarter and 14 more in the second to take a commanding 35-0 lead at the half.

Crusader quarterback Byran Convertini rushed for three touchdowns and passed for one to lead the attack. Convertini found David Hill for a 7-yard touchdown pass to opening the scoring. Later, Convertini ran in touchdowns of 3, 27 and 8 yards.

Other MCC touchdowns came on a Vince Szymanski from 15 yards out and a 9-yard run by Bode Zygmuntowski.

The Tigers lone touchdown came in the fourth quarter on a 4 yard run by D’Marion Buchanan.

After tasting a rare regular season defeat, Big Reds are refocused on state title goal, ready for DeWitt in semifinals