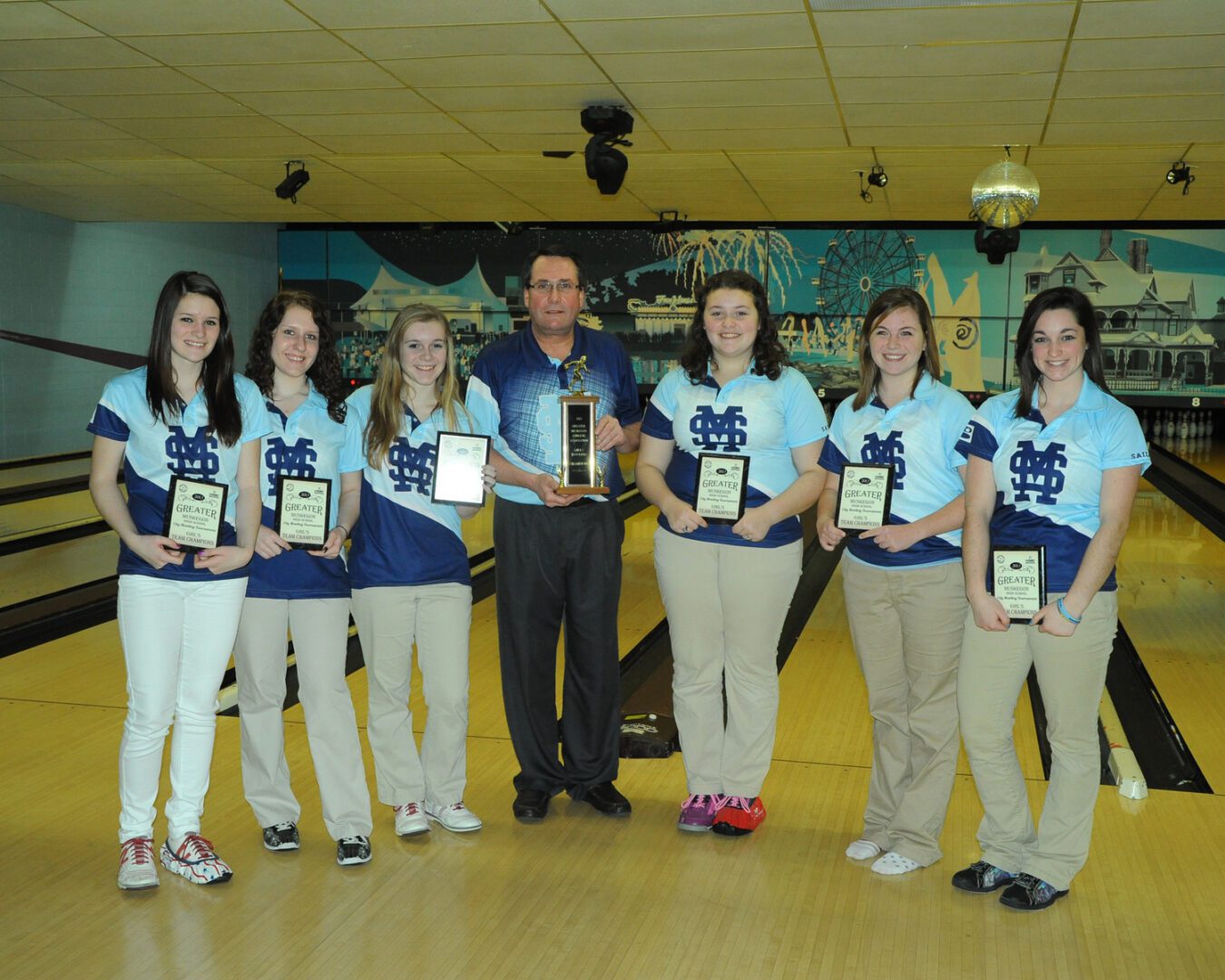 The Mona Shores girls bowling team left no doubt in anyone’s mind who rules the city in high school bowling. 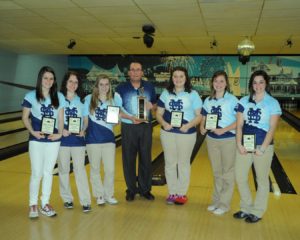 The Sailors, ranked No. 2 in the state in Division 1, ran away from the field in the qualifying round then soundly defeated Oakridge in the semifinals and Ravenna in the finals to win the Greater Muskegon Athletic Association girls bowling tournament.

The sixth annual tournament was hosted by Northway Lanes.

It was a solid day from start to finish for Coach Greg Schmeling’s team. In the qualifying round, the Sailors were nearly 100 pins better than runnerup Reeths-Puffer.

They moved into the semifinals and defeated Oakridge 360-289 in the two Baker games, then defeated Ravenna.

“The team bowled very well today,” said Schmeling, who is in his fourth season coaching Shores bowling. “We had Alex Beall shoot 279 the first team game which helped us to a 1,030. We came right out of the gate with a 205 Baker game which set us above the rest right from the get-go.

“They were all pumped up coming into this,” Schmeling said. “This is one of the goals, remain undefeated, city tournament winners, regional winners and hopefully state final winners.”

Regionals are scheduled for Feb. 25-26 at Starlite Lanes in Grand Haven and the state finals are at Northway Lanes.

“I could not ask for a better group of girls,” Schmeling said. “I’m going to lose a lot of them, but they bowl phenomenally.”

The two survivors met in the finals, where two Baker games decided the champion.