Ludington girls down Fruitport in showdown, force a three-way tie for Lakes 8 title

FRUITPORT – The Ludington girls basketball team knows all about winning championships in the Lakes 8 Conference.

The Orioles (11-8 overall, 8-2 in league play) won at least a share of four straight titles before last season, when they dropped to second in the standings.

But they returned to the top on Friday, clinching a share of the crown by defeating Fruitport 34-25 on the Trojans’ home court. 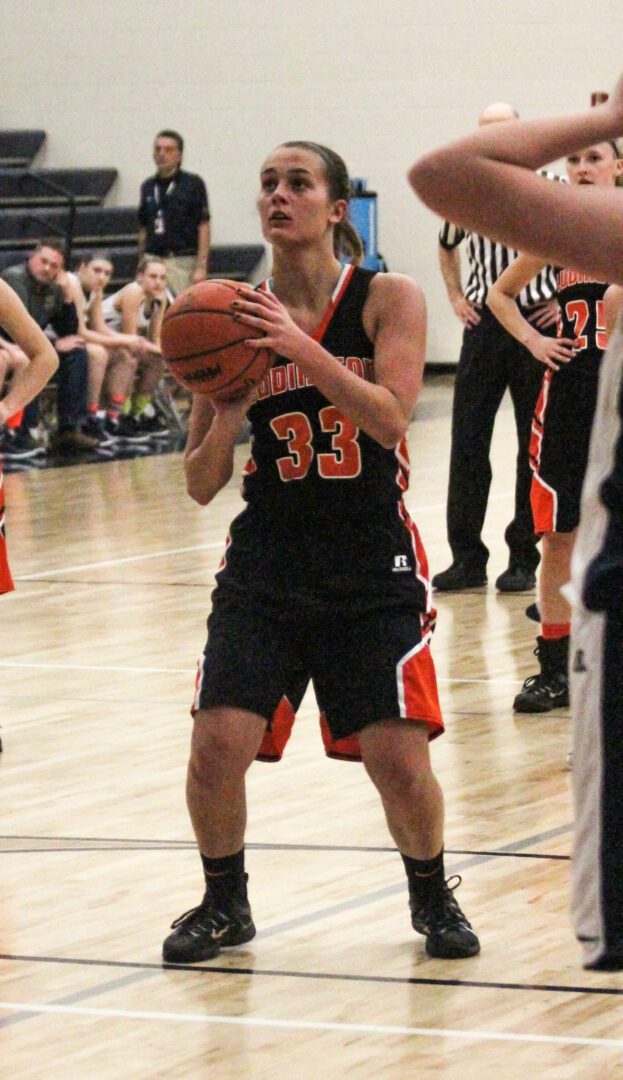 Ludington’s win ruined the party for Fruitport, which had a 15-game winning streak and could have clinched the outright title with a victory. Ludington, Fruitport and Spring Lake finished as co-champions.

“I am just very excited,” said Ludington Coach Thad Shank, who coaches both the girls and boys varsity teams. “It has not always been easy for us this year. We’ve played a one heck of a non-conference schedule, we came close and struggled against some of the best teams in West Michigan and this was just a great win for our girls.

“(Fruitport coach) Bob (German) has done a phenomenal with those girls. Anytime you win 15 straight games you’ve done something right. To be able to win this game tonight and share the title with teams we have respect for, we are excited about that fact.”

Fruitport dropped to 17-3 overall and 8-2 in the conference.

“It’s hard,” said Fruitport Coach Bob German, whose team will play Spring Lake on Monday in a Class B district quarterfinal game. “We did not want to share it (league title) and we thought we were good enough to win it outright tonight.”

The Orioles started the second quarter with an 11-3 run over the first four minutes.

Ludington led 19-8 at halftime. Flewelling led the Orioles in the first half with nine points, all on 3-pointers. 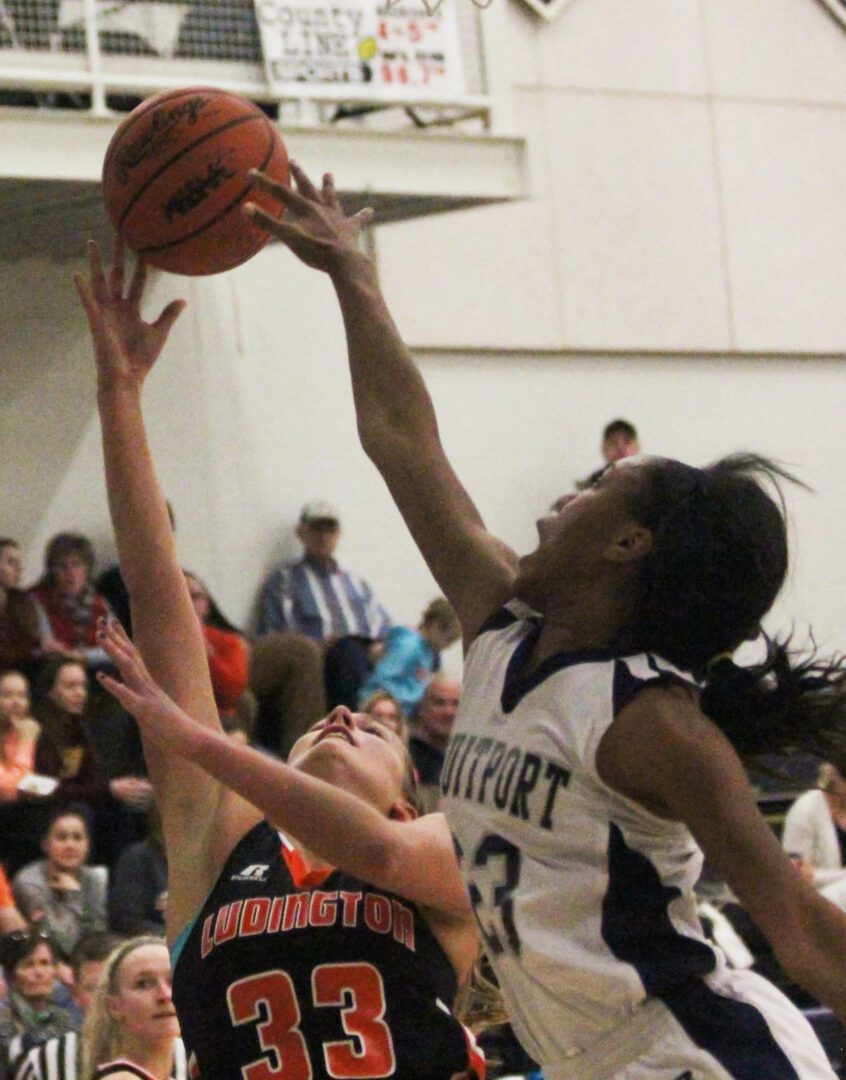 The Trojans outscored Ludington 4-3 in a very quiet third quarter, and the Orioles led 22-12 at the buzzer.

The Orioles closed out the victory with four free throws – two from Bethany Shay and one apiece from Kaci Kuster and Mikayla Mesyar – in the final 42 seconds.

Flewelling finished with 12 points for Ludington while Ali Plamondon added eight points and Jenna Keson chipped in with six.

“We played well as a team on defense,” said Plamondon, a junior guard. “It was one of our goals to win the conference championship and to share it with Fruitport its pretty good.”

Ludington will face the winner of Kingsley and Cadillac on Wednesday in the Class B district semifinals. 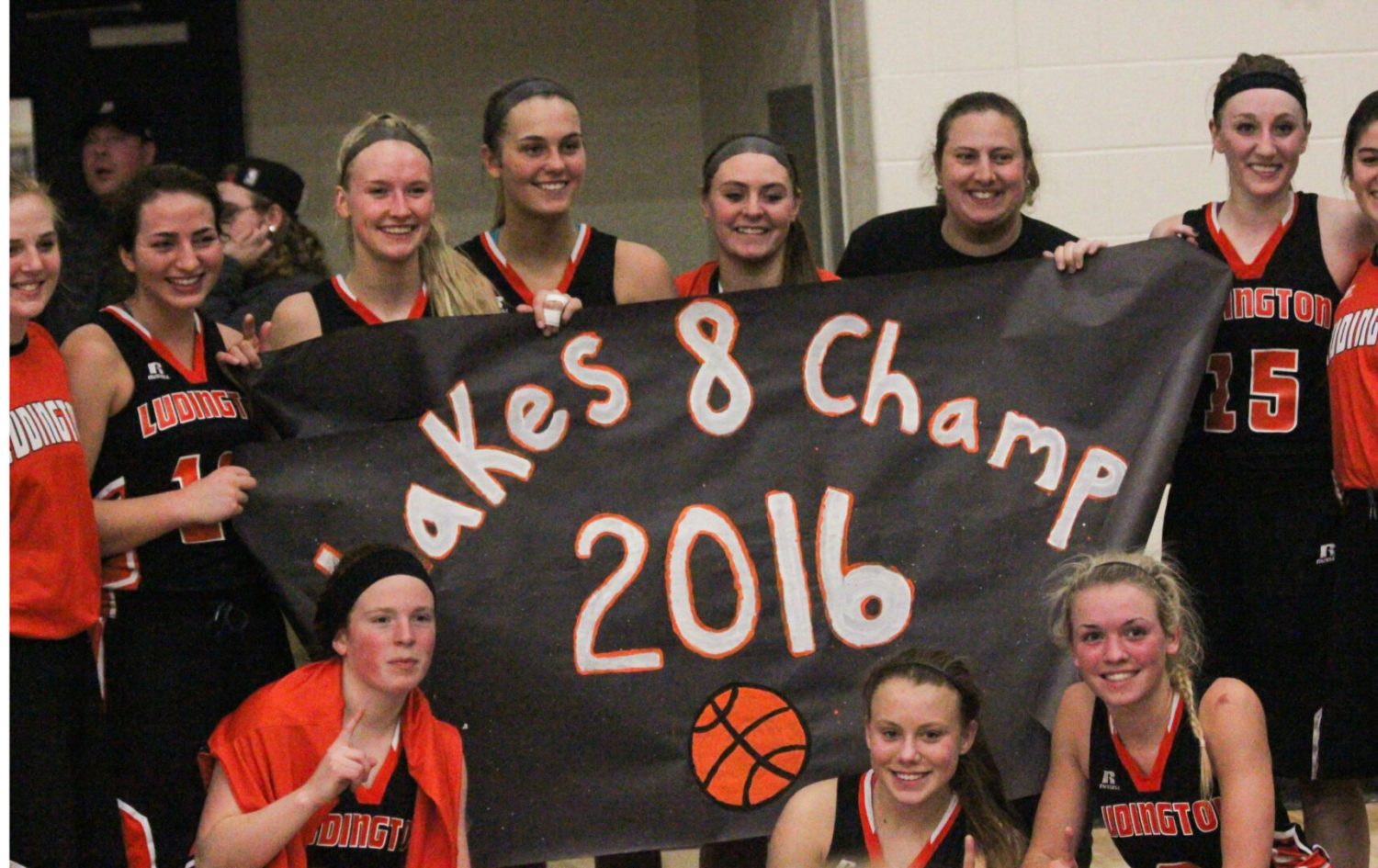 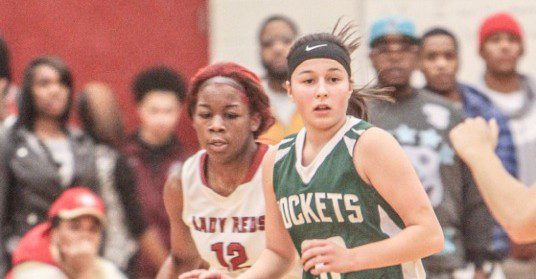