Brianna Stawski didn’t know what to expect when she was called to center court.

The Reeths-Puffer senior hitter had just reached the 1,000-kill plateau in the second of three matches on Oct. 7. The other matches stopped and the audio began to play. 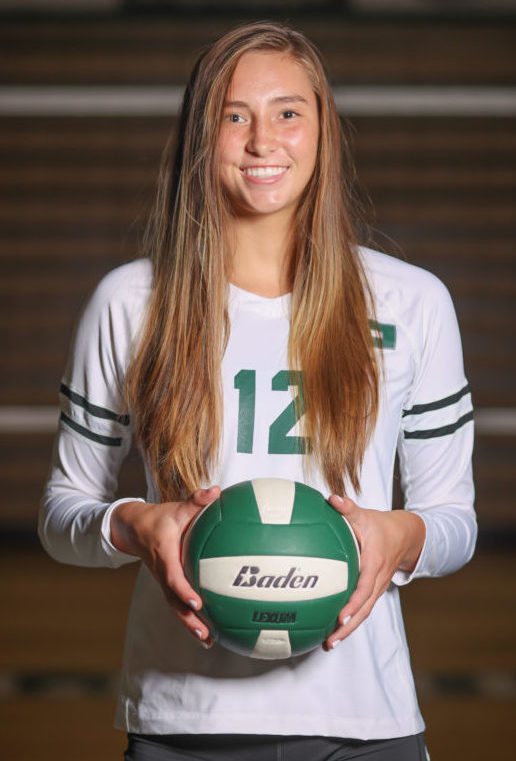 It was her coach, Justin Birr, reading off messages of support from her previous coaches and then himself.

Ed Bailey, who coached Stawski on her first club team at age 13, talked about Stawski’s work ethic at a young age and how he kept trying to convince her that volleyball, not soccer, was her sport.

Then Birr praised the work she had done to make it and said their motto, “I am because we are.”

“It touched my heart,” Stawski said. “It was one of the highlights of my life. I was totally knocked off my feet not expecting anything like that.”

That’s saying a lot for a 6-foot-1 senior who is nearing the end of her fourth varsity season for the Rockets (20-17, 6-3 as of this writing), who will host Mona Shores for third place in the conference on Tuesday.

Stawski, who has committed to play volleyball and study to go into the medical field at Grand Valley State University, has grown up on the court since her freshman season.

“She’s got the mechanics down to a T, so it’s maybe approaching the game from a more thoughtful sense than maybe ‘I’ve got to crush the ball’ every time,” Birr said. “That’s where she has really grown. When you look at how she was serving and how she was hitting the ball her freshman year compared to now, she’s grown the most in understanding that it’s not about 100% crushing the ball every time and being more thoughtful with how to place the ball, where to place the ball, how to win points.” 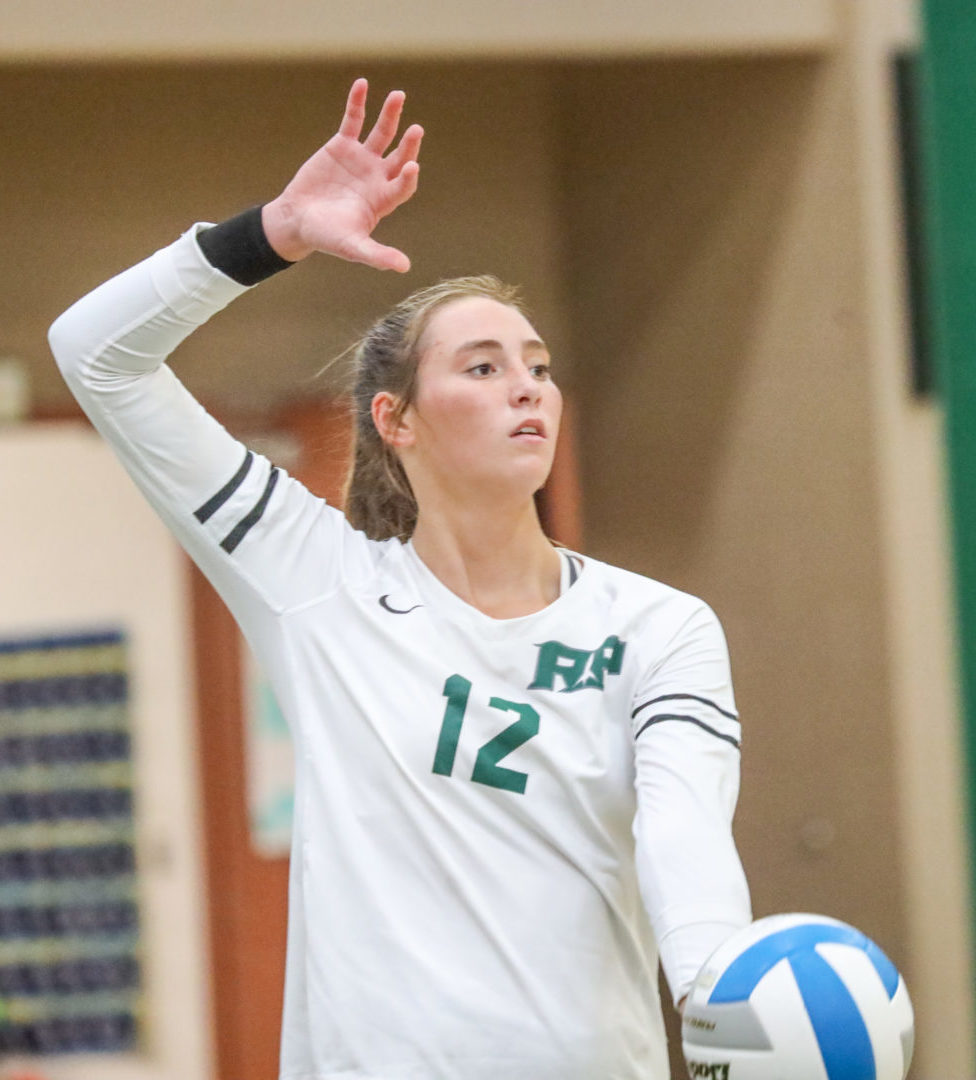 Stawski gets ready to serve for the Rockets. Photo/Joe Lane

Stawski said that she used to just pick a direction and hit the ball as hard as she could. Now she reads the defense, she sees the blocks, and she picks which weapon she wants to use.

“I can see my blocks and I hit around them,” Stawski said. “If the set is there and the blocks are not there, I hit as hard as I can but if there’s a triple block, I am looking. I roll shot, I tip, I do as much as I can rather than having that ‘hit the ball as hard as I can’ mentality like I did my freshman year.”

Stawski said that her team has grown up as the season progressed as well. They are trusting each other, they have grown together and they are ready for what lies ahead.

“I think, with how long Brianna has been on the team, girls kind of look up to her,” Birr said. “For good reason. She leads by example. But I think they also trust her perspective.” 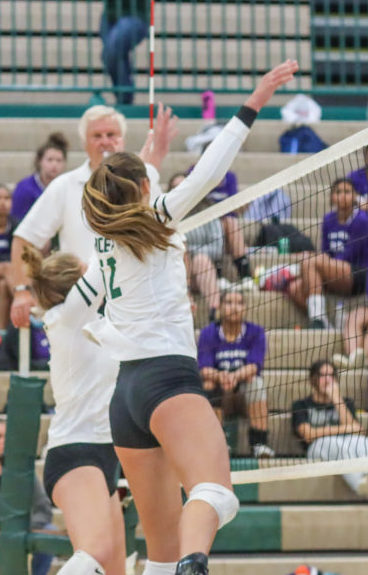 Stawski blocks at the net for Reeths-Puffer. Photo/Joe Lane

When she is looking for coaching, Birr said that he sees her glance over to the bench. But most of the coaching comes during practice at this point.

Because Stawski, who hit the 1,000-kill milestone near the time her friend Rayne Thompson did the same this season at Whitehall, now has the experience to know and see things on the court that she never did before.

After the season, she’ll have maybe a week off before tryouts begin at Muskegon’s Inside Out and she prepares for the winter and spring seasons before heading off to college.

But she can always look back at her first club experience, playing for Bailey at Inside Out, and think of how far she has come.

“For somebody that young, she was 13 years old playing on the 14s team,” Bailey said. “I don’t know if it’s a gut feeling or whatever but you just know that, with her work ethic, the way she practiced, you could tell that this was the route she was going to take and she’d be very successful at it.” 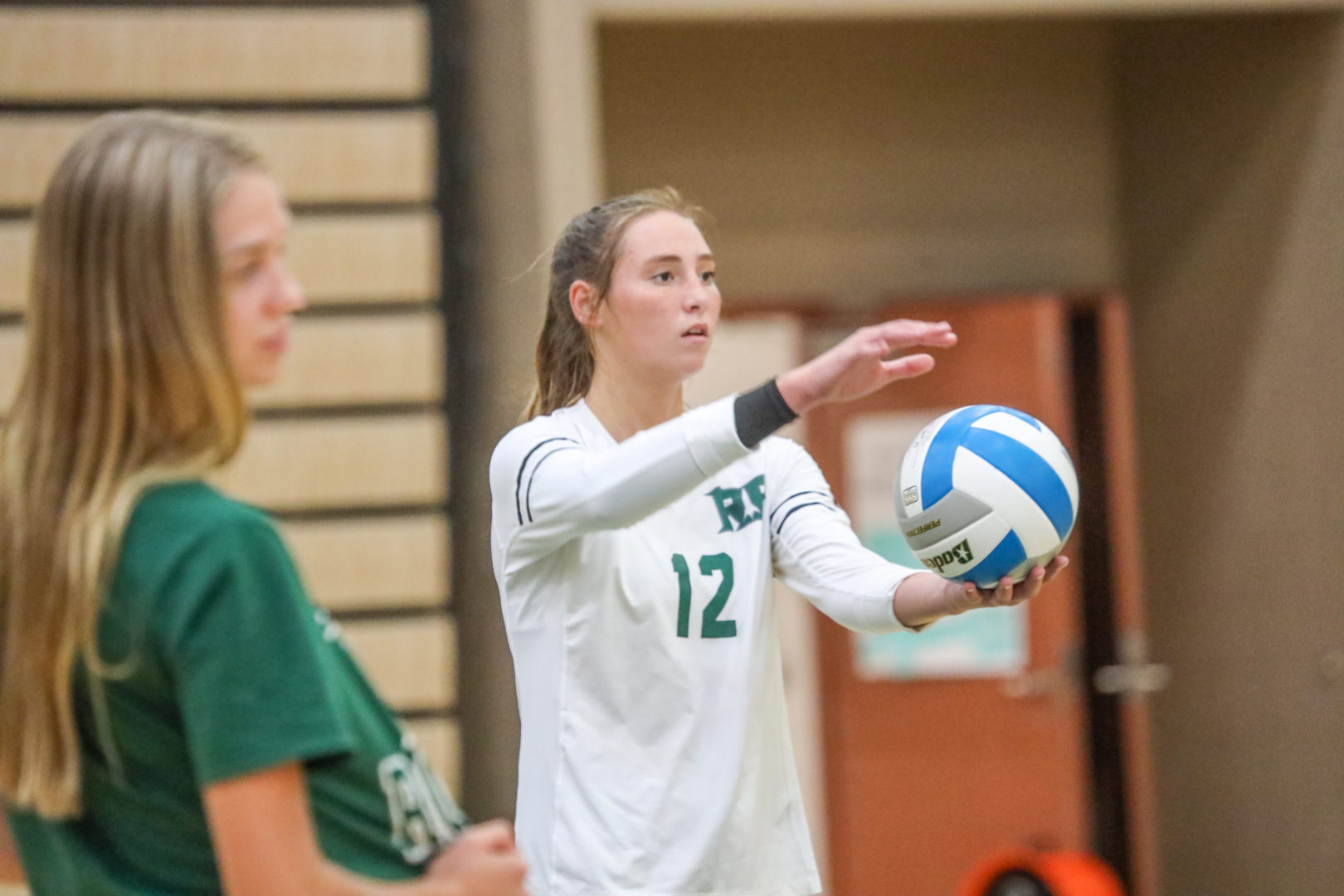 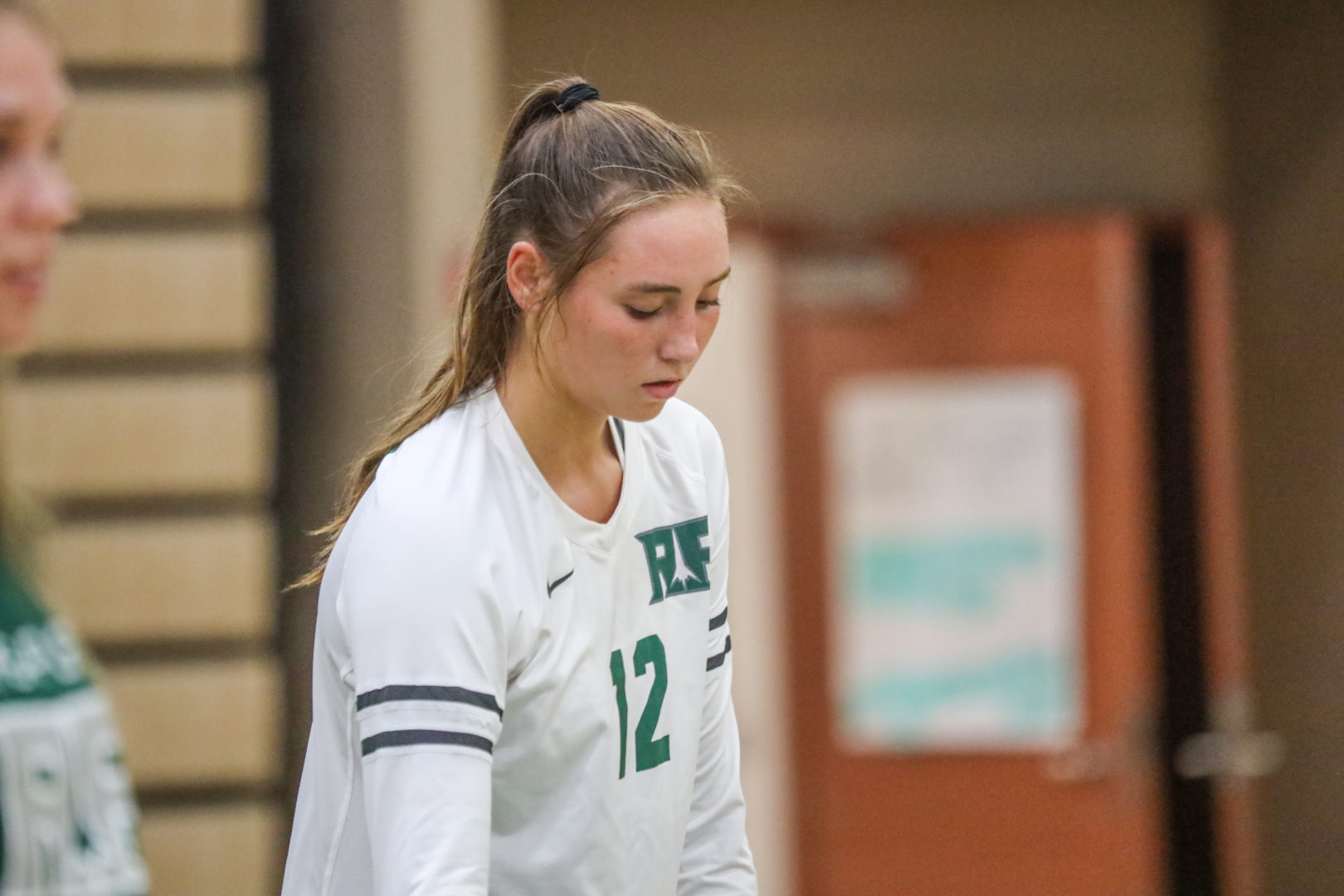 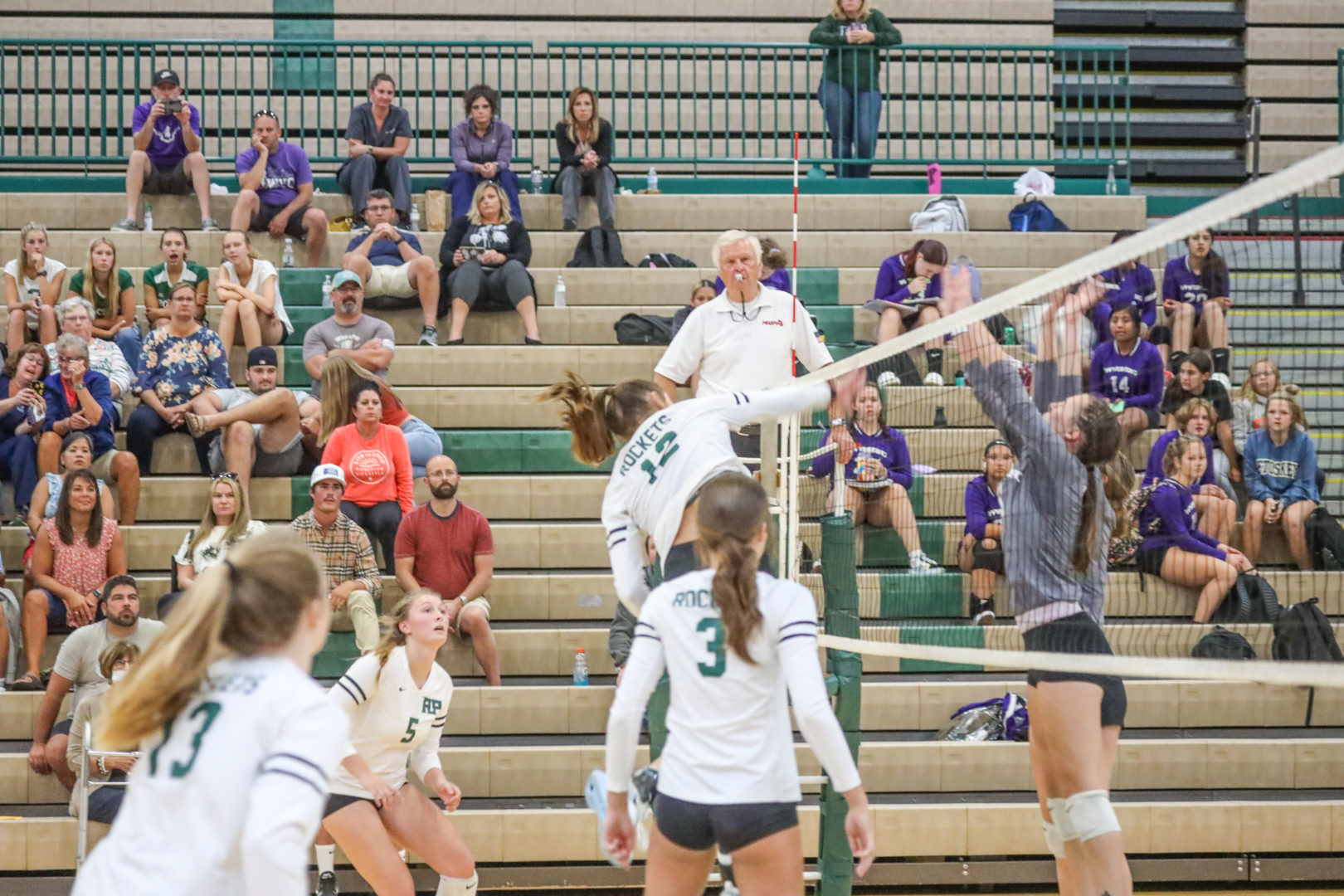 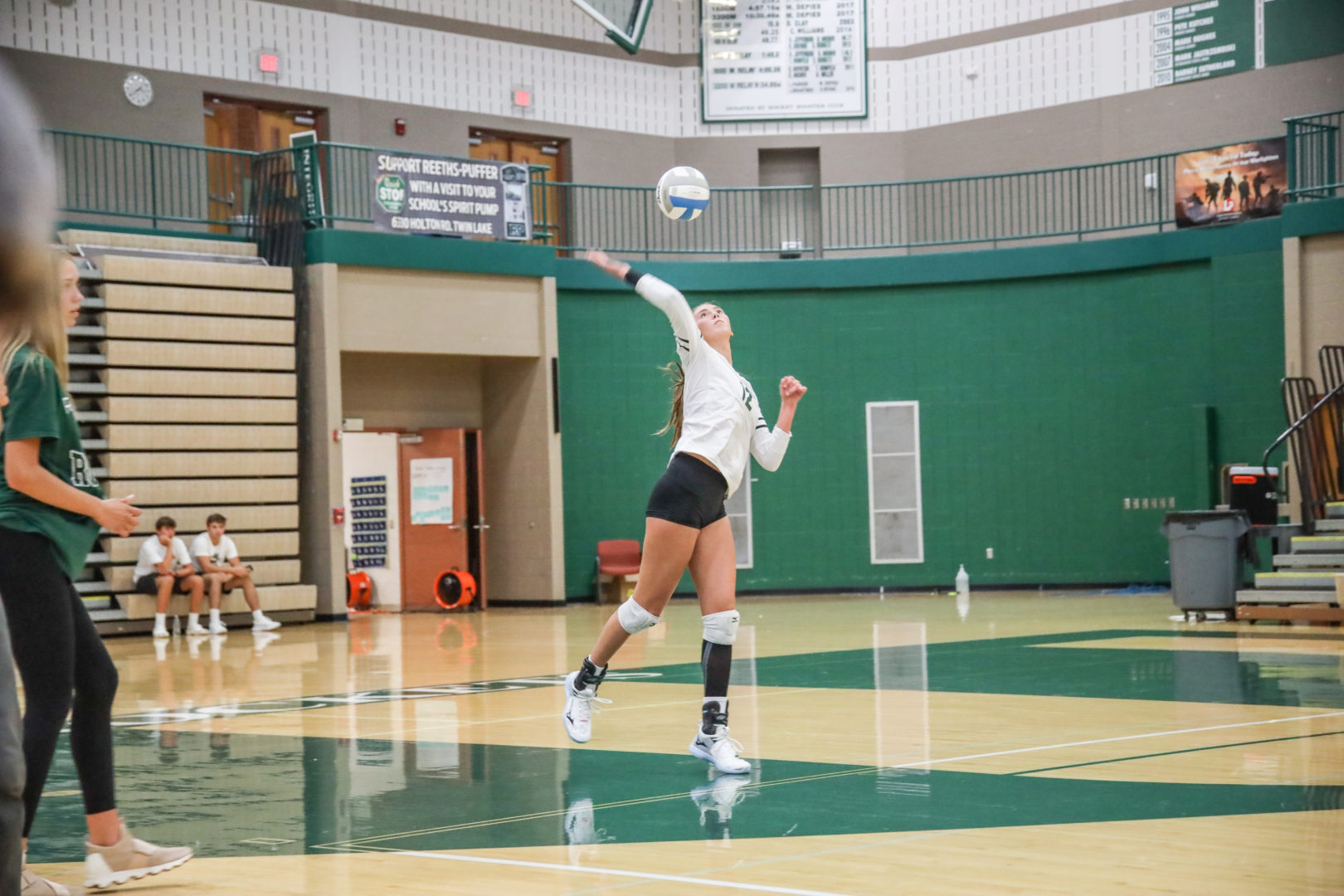 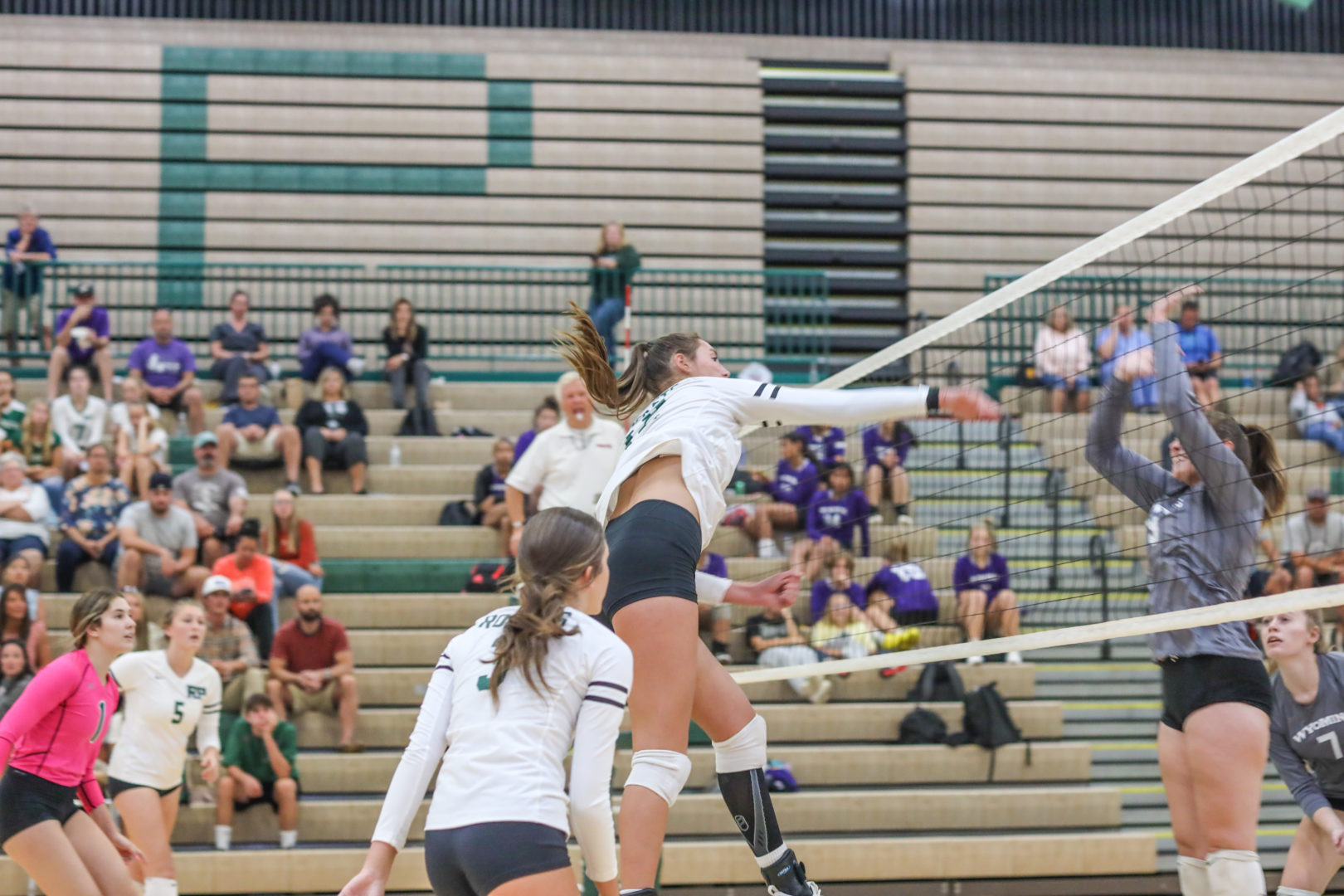 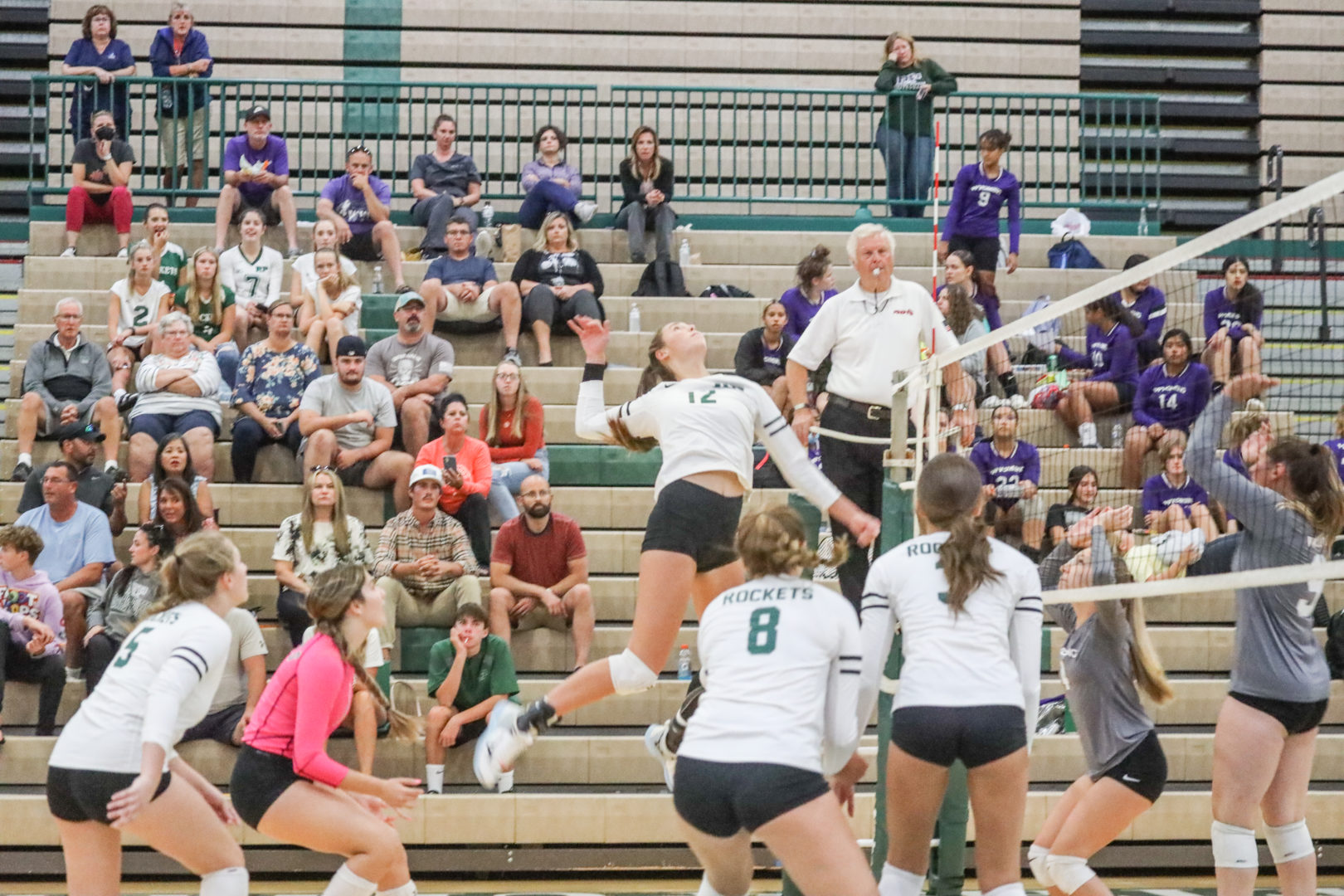