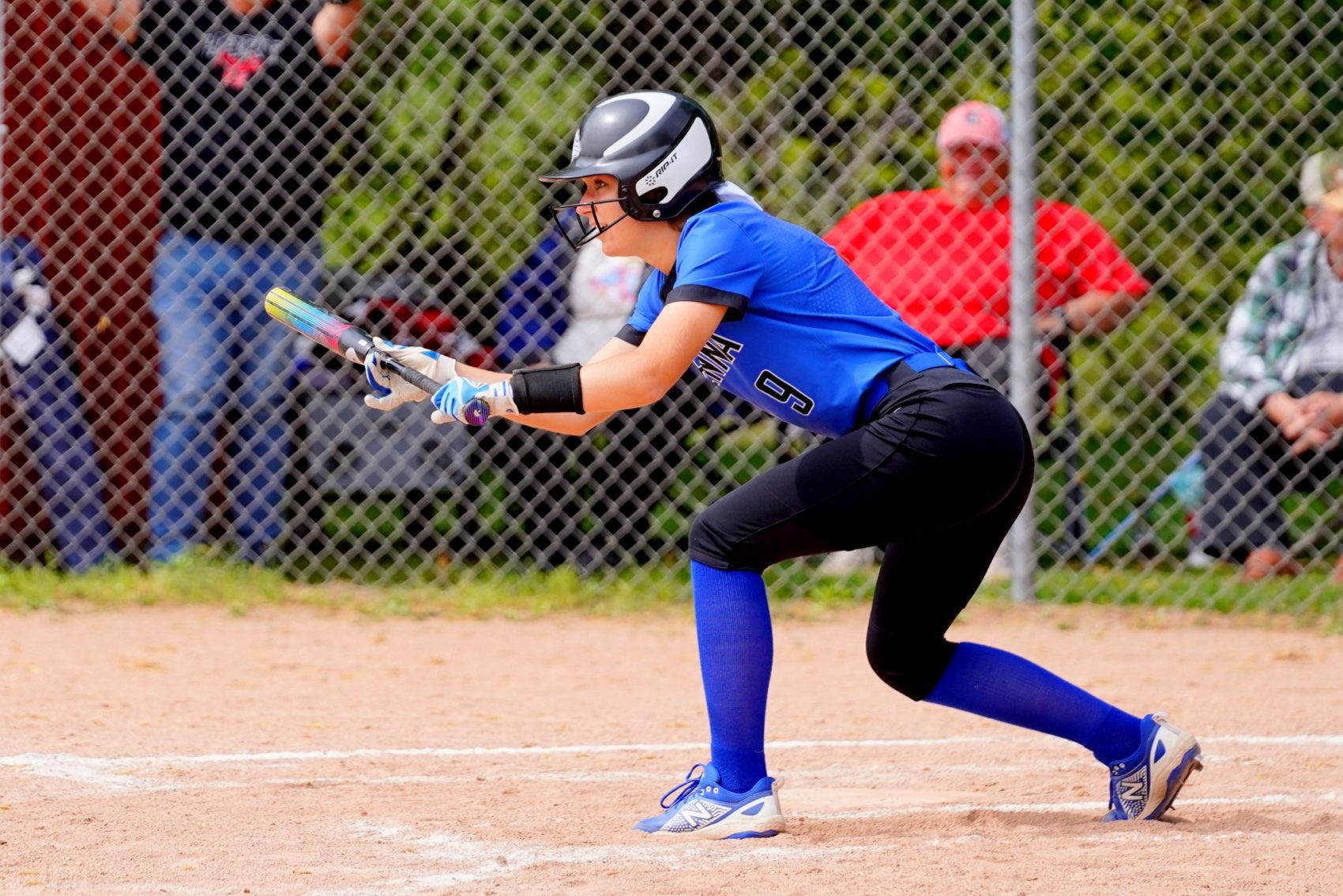 She collected 13 strike outs while walking just one.

Brynn Fortner was 3-for-4 with two RBI to lead the Orioles at the plate, including the game-ending RBI in the bottom of the sixth. Goodrich and Ayiana Rangel each had two hits with a double and RBI. Brynn Cole and Keeley Curtis had two hits apiece.

Goodrich also pitched the full game in the nightcap, and went 2-for-2 with a double and a RBI at the plate. Jody Meisenheimer was 3-for-3 with two doubles and three RBI.

The Orioles raised their record to 8-8 overall and 4-0 in the conference.

Jacee Hoffman pitched a masterful two-hit shutout in the opener, striking out six and walking one over four innings.

The Eagles rapped out 10 hits for the game, but only Abbigal Pecnski had more than one, finishing 2-for-2 with two RBI and three runs scored.

Samara Kolehouse also knocked in a pair of run and scored three for the Eagles. Kaila Krueger also had two RBI and had two runs scored. Hoffman, Ava Wright and Denyle Bonter each drove in a run.

Sophia Reed was the winning pitcher in the nightcap, allowing three runs on three hits and striking out four over five innings.

Reed had two RBI and scored a run. Also collecting RBI were Hoffman and Wright.

ALLENDALE — Fruitport’s girls softball team dropped a OK Conference-Blue doubleheader at the hands of Allendale, 12-5 and 8-1 on the road Tuesday afternoon.

The two teams were tied, 4-4 after the first inning of the first game, but Allendale plated four more in the bottom of the second to take a 8-4 lead on the Trojans.

It was a 10-4 game after five complete, and the Trojans could never catch up.

Brooklyn Russell took the pitching loss for the Trojans, throwing six innings and allowing 13 hits on 13 hits with one strike out.

In the nightcap Allendale put up a five-spot in the bottom of the first and never looked back.

Riley Zwar was in the circle for the Trojans and gave up eight runs on eight hits with one strike out over six innings.

The Trojans had only four hits, one each by Staal, Russell, Ashton Olson and Zwar.

Caitlynn Duffey picked up the win in the opener, throwing a one-hitter with no walks and 13 strike outs.

Leading hitters included Natalie Kunnen with a double, Alivia Dvorak with two singles and Madi Kunnen, Duffey and Paige Primmer all had singles.

Mady Snyder pitched a perfect game in the nightcap, and struck out eight.

At the plate the Lady Rockets were led by Duffey with a double and a triple, Dvorak with two singles and Madi Kunnen, Primmer, Alyssa Sahloff and Brookelyn Rought all contributed singles.

In the first game Emma Gillard picked up the win for the Lady Bulldogs, giving up just two hits and striking out eight.

Addison Gillard was the winning pitcher in the nightcap. She also gave up just two hits with one walk and struck out five.

Leading hitters were Herremans who was 3-for-3 with two doubles, Kilbourne was 2-for-3, Amelia Porter was 2-for-2, Kara Postema had a home run, Addison Gillard had a hit and Ellie Solem had a double.

Ravenna finished 12-2 in the conference and improved to 24-3 overall.

Norse No. 1 doubles team advanced to the semifinals in state girls tennis finals