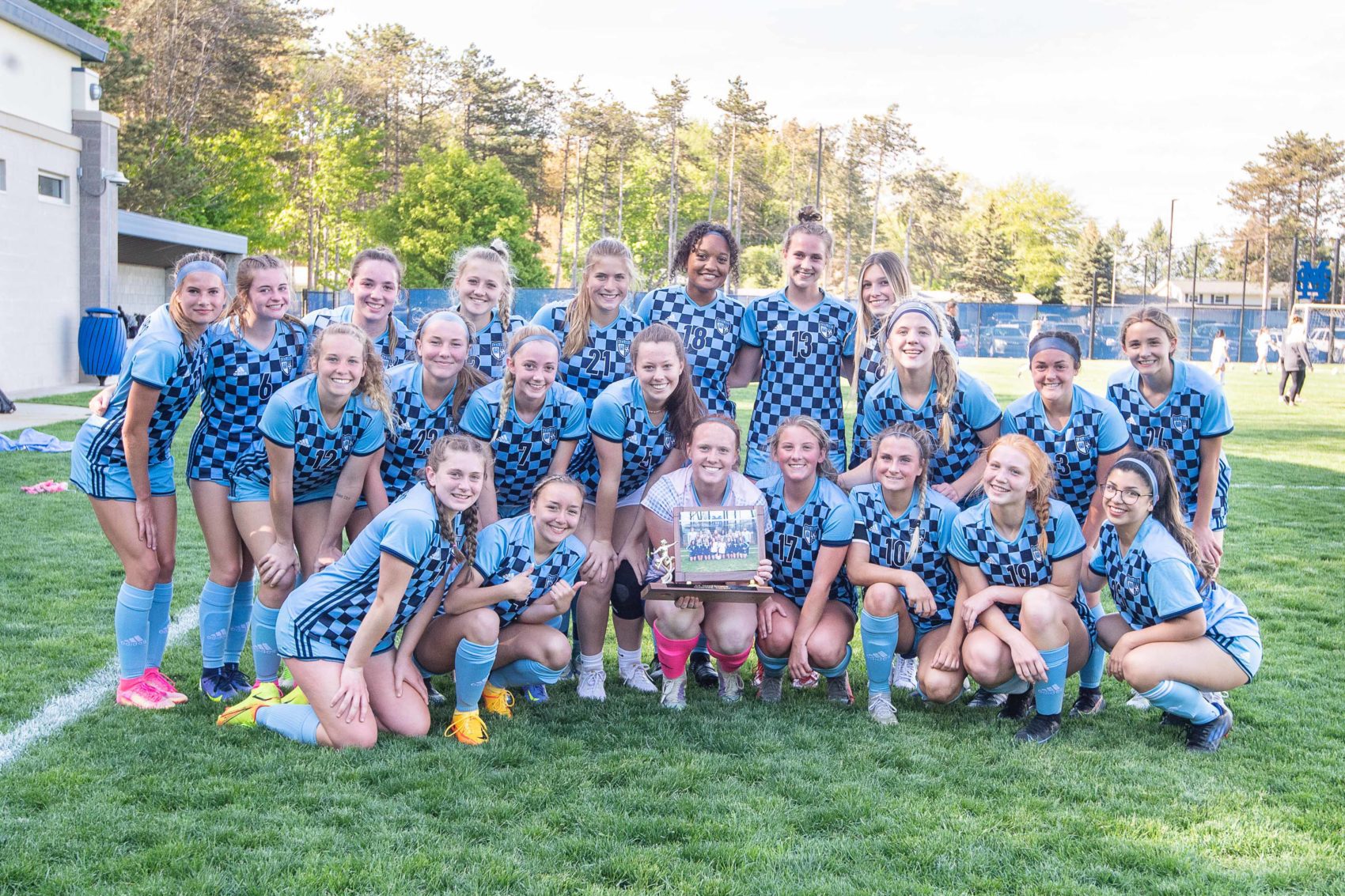 The Sailors are now 49-0-4 against conference opponents over the last 5 years.

Mona Shores owned a 2-0 lead going into halftime before the Chix made a run to tie the action with 15 minutes left to play. Just minutes later, Ali Trautner netted the tie-breaker for her second goal on the night.

Shay Norden added a single score in the win.

Mona Shores (13-4-2, 9-0-1) will host Forest Hills Northern on Thursday in the opening round of the district tournament. 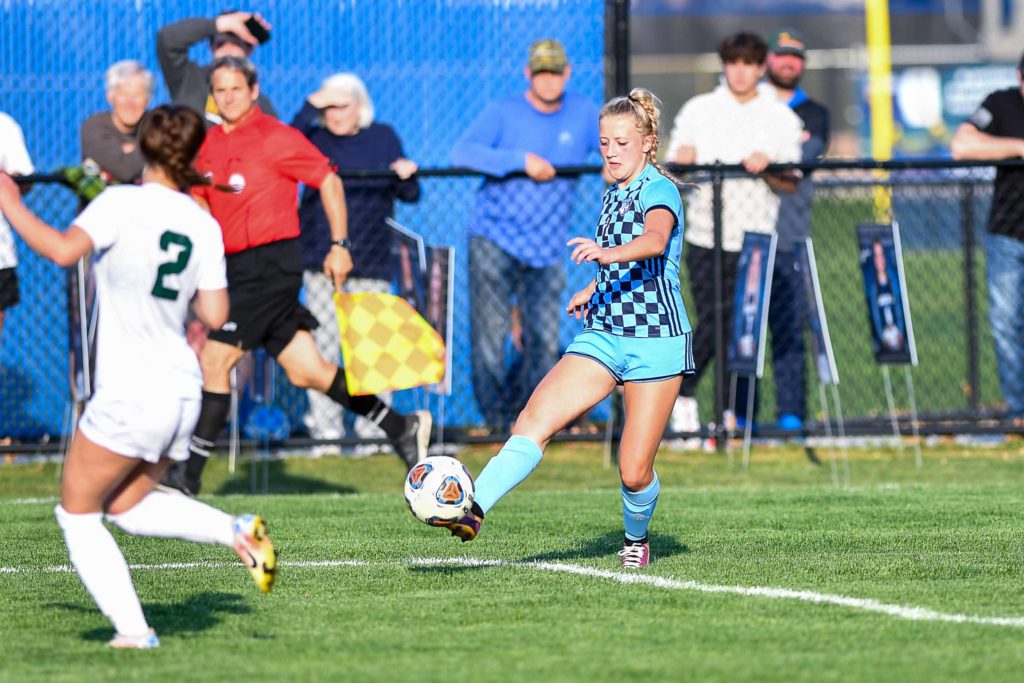 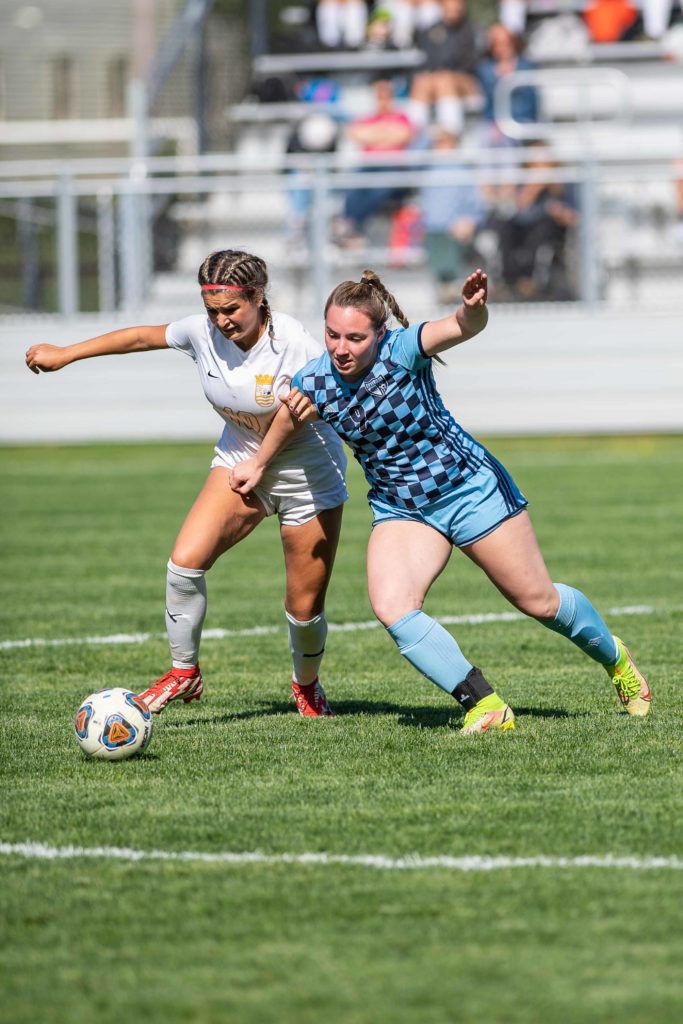 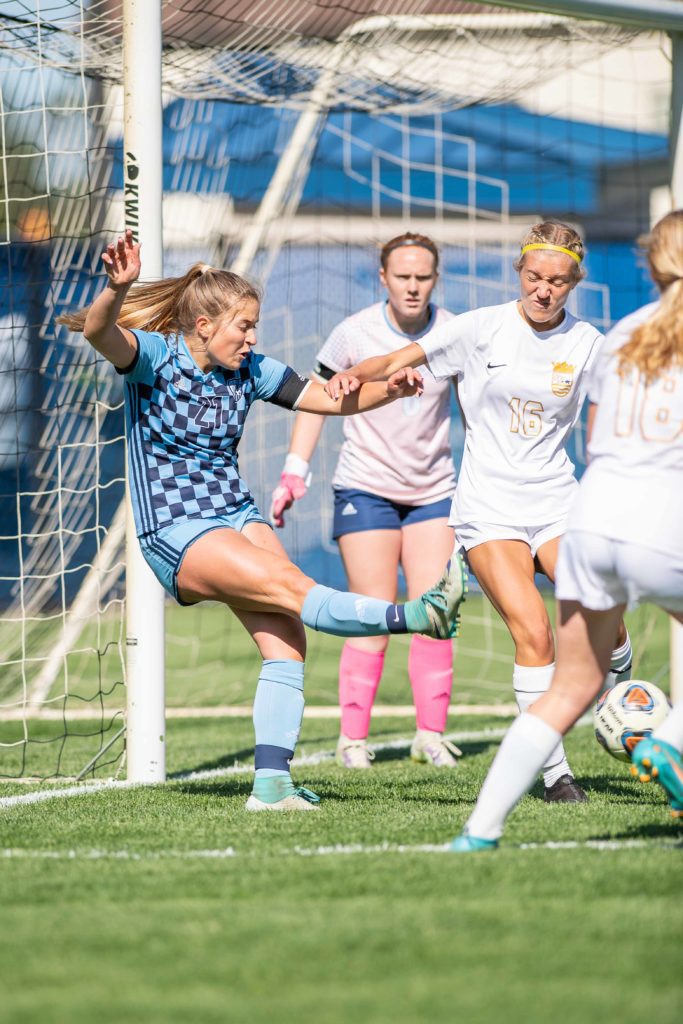 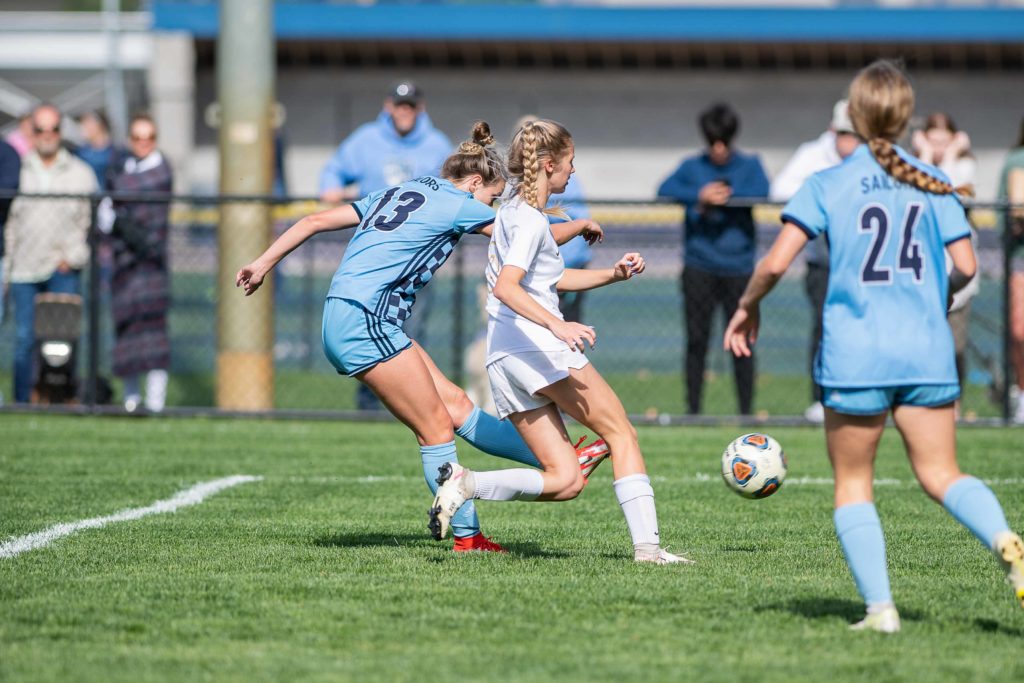 Ali Trautner fires a strike from just inside the 18 for the go-ahead goal. Photo/Eric Sturr 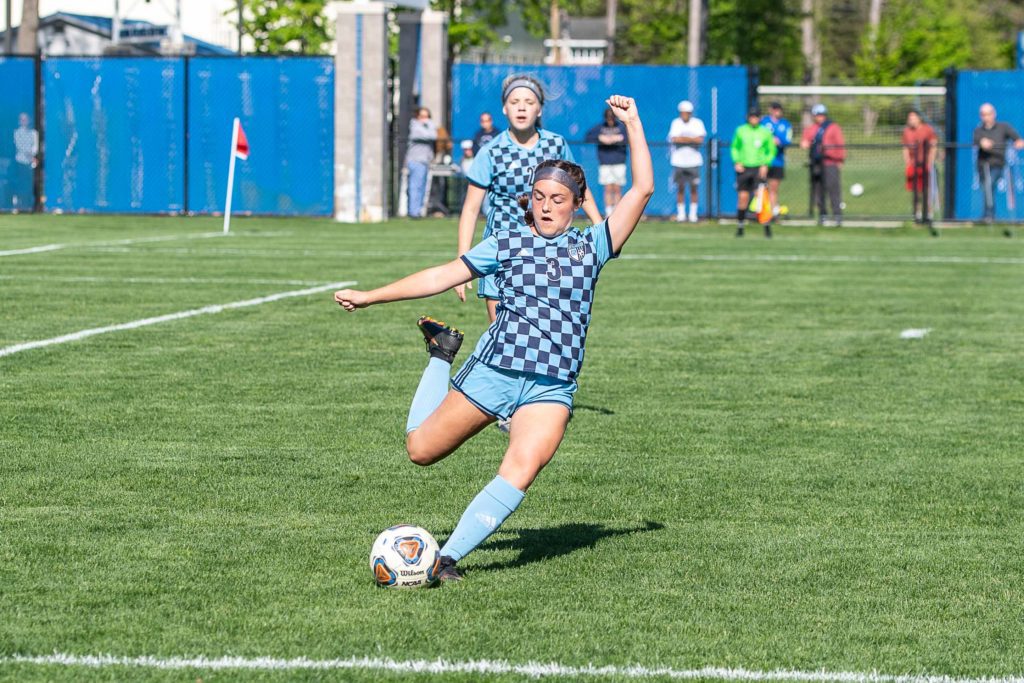 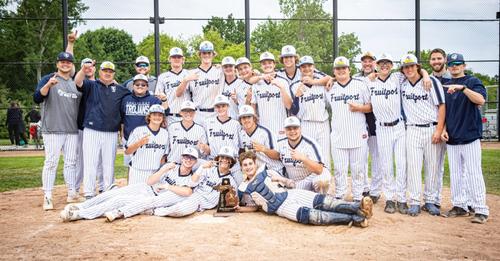